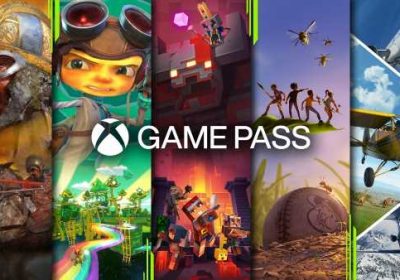 Microsoft Gaming is acquiring megapublisher Activision Blizzard, and that is bad news for Sony. This doesn’t mean the PlayStation brand is done, of course. The PlayStation 5 will continue to succeed tomorrow just as it has since its launch in November 2020. But Sony does have to reckon with how Microsoft is reshaping the industry in Game Pass’s image, and it has a few of options for how to do that. The correct response, however, is to not fight back at all.

PlayStation leadership is weighing all of its options today after the news that Microsoft is now the home of Call of Duty, Overwatch, and World of Warcraft. Those options include Sony responding with major acquisitions of its own and ignoring Microsoft’s moves while going about business as usual. But the company also has a third option where it lowers its walls and welcomes a form of Xbox Game Pass onto PlayStation 5 right now.

The idea of PlayStation allowing Xbox Game Pass onto its console might seem impossible, but why? Electronic Arts has its EA Play subscription service on PlayStation. And you can subscribe to Netflix on your Apple iPhone right next to its own Apple TV+.

These companies are competing, but they aren’t actually in a fight. They don’t always win if the other loses. They win if they make more money tomorrow than they did yesterday.

Putting all the mattress stores on the same corner

A phenomenon in economics suggests the best way to keep up with your competitors is to set up shop right next door to them. This is why you will see three mattress stores all at the same intersection. It is why cities have diamond districts and miles-long stretches of automobile dealerships.

This concept is potentially even more viable in the content wars. Sony’s services could benefit from appearing next to Xbox services on a PlayStation. On top of that, this would turn PlayStation 5 into the only place where you could get both PlayStation and Xbox games on day one.

But Sony should act on this sooner rather than later. Today, it still holds a lot of bargaining chips. Call of Duty makes a lot of money on PlayStation, and PS5 sales are not going to slow down. Sony could dictate strong terms for revenue sharing and what games could actually appear on a PlayStation version of Xbox Game Pass. For example, Sony could demand that Xbox limit it to only first-party games. Maybe that would break the deal, but I doubt it.

The point is that Sony’s position will likely only diminish over time. It could get the best deal today. A few years from now, Sony could find itself having to let Microsoft determine more of the parameters of the deal.

Now, I don’t think Sony will necessarily go this route, but I think it is its best strategic option. The only real alternative is to get into an acquisition cold war with Microsoft. Sony could easily finance a number of major acquisitions but loading up on debt is a major risk — especially when Phil Spencer is paying with cash.