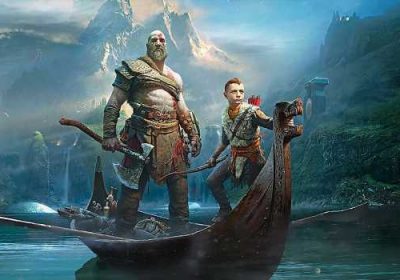 God of War is out on PC today and it's apparently pretty good. In less than a day, it's already received an "overwhelmingly positive" score from Steam users of 95%, with critics also praising Santa Monica Studios for their successful port. This marks the third big first-party PlayStation 4 game to receive a PC port; Days Gone and Horizon Zero Dawn have both received ports that have been praised by players.

With so much success in the PC market, it’s a wonder why Sony didn’t dive into PCs far sooner. According to God of War director Cory Barlog, it took a “collective” effort from Sony’s own studios to convince Sony of making PC ports.

"I think it was the collective of studios all over saying this is a really good idea," Barlog replied when asked by Game Informer about his efforts to create a God of War PC port. "Eventually, I think it reached that tipping point. When we had sent so many suggestion box suggestions that they were like, ‘I’m tired of hearing all this. Fine, we’ll do this.’ It’s a process. We’re still figuring it out as a company and as individual studios how to do this and what the process and strategy will be."

Sony still seems trepidatious when it comes to PC ports. Asked whether sequel God of War: Ragnarok might appear on PC a bit sooner than the four years it took for the original game, Barlog wasn't optimistic. "I have no idea. Right now, we’re taking it one game at a time," Barlog said.