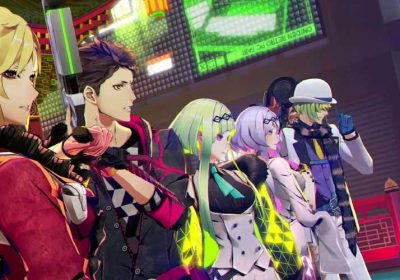 The Megami Tensei family tree has many branches. You’ve got Persona, Devil Summoner, Soul Hackers, Digital Devil Saga… you get the idea. All these games share similar themes and mechanics, but it’s surprising that despite sharing so much DNA, they can feel very different. With the launch of Persona 5, the fandom boomed as Persona players flocked to explore these related titles but regrettably found they didn’t necessarily scratch the same itch. If you picked up Shin Megami Tensei 5 last year, but it wasn’t quite the Persona fix you hoped for, Soul Hackers 2 is here to fill that vacancy.

You step into the role of Ringo, a non-human glam-punk agent of Aion — a conscious collection of data across the world’s digital network — which has granted you and your partner Figue physical forms. You’ll find yourself caught in a war between two Devil Summoner groups known as the Phantom Society and Yatagarasu, trying to make sense of the Covenants, and attempting to prevent the end of the world.

It’s like a cyberpunk Persona (SMT fans, I know this hurts but work with me here) that offers plenty of familiar ground but with a stylish, futuristic flair to it. You and your vibrant cast of companions use digital devices called COMPs to summon demons, and you have neon-lit cities, trendy bars, and grungy urban dungeons to explore. You’re not a bunch of teens navigating school life alongside some strange metaverse, but a rag-tag group of skilled Devil Summoners who have been thrown together despite your differences. 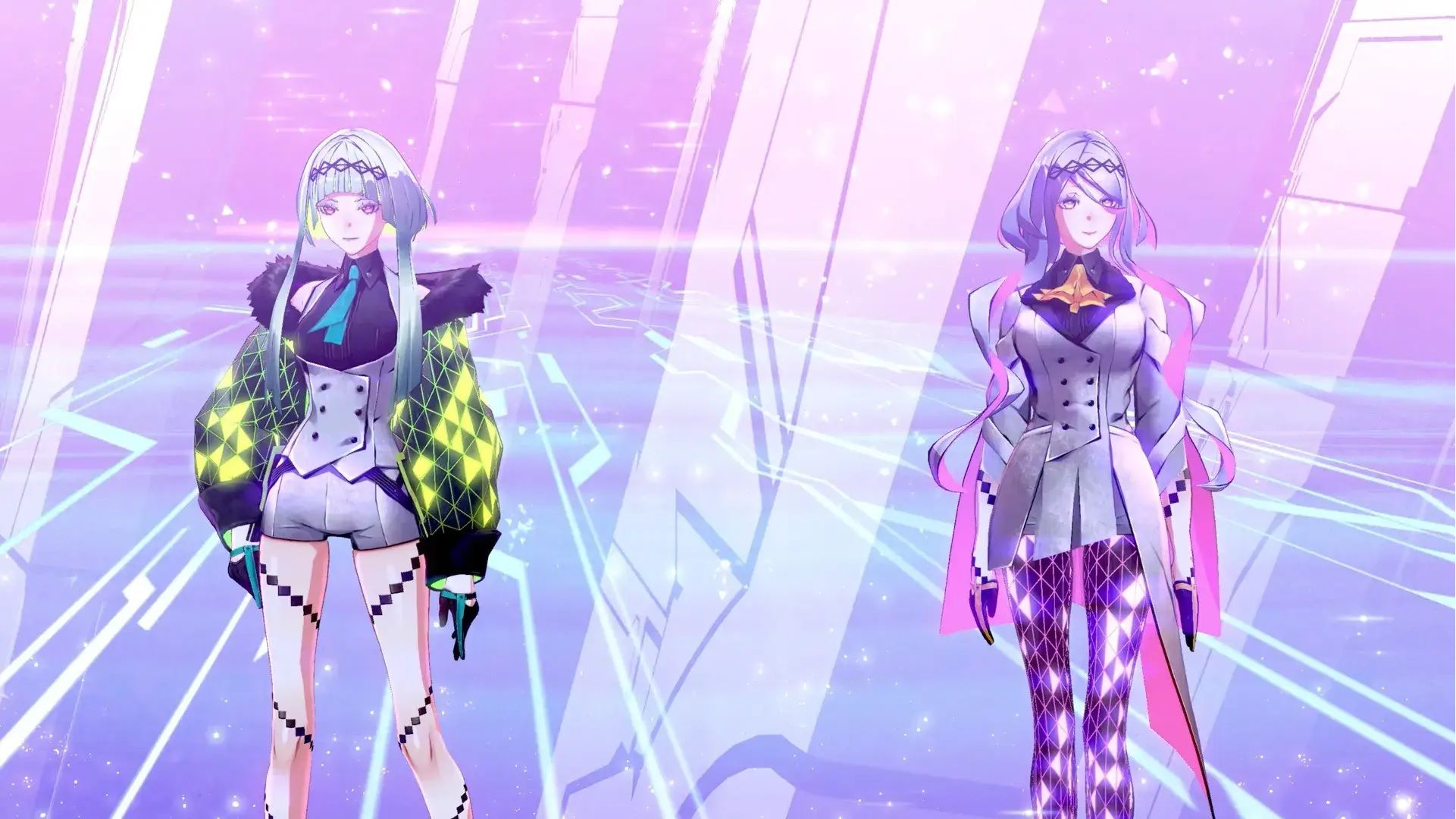 Though some mechanics have been tweaked, you’ve got the usual array of demon battles, fusion, and all that jazz. Sabbaths act much like Persona 5’s All-Out Attacks, consumables are much the same, and you can still recruit Demons to your team, but this is only achievable via Demon Recon. Upon entering a dungeon, your party of demons will go and explore, appearing in the overworld. You can speak to them to see what they’ve found, sometimes earning you items, buffs, or the chance to make a new demonic pal.

Soul Hackers 2 doesn’t feature the same wide array of social activities or romance as Persona. You can still build on your relationships with your companions and increase their Soul Level, allowing you to explore their Soul Matrix further — a mental construct that bridges Ringo’s and her companion’s consciousness. The choices you make in conversations affect your Soul Level with specific characters, and you can take them to hangout spots to further your bond, though you can’t snuggle up to your bestie and turn it into something more. It’s a shame as I’d love to see Ringo and Figue pair up properly as they’re both cyberpunk stunners who would be adorable together.

There’s a lot that Soul Hackers 2 offers that some of its predecessors don’t. Instead of swapping out different weapons to get stronger, you can keep upgrading each character’s COMP with different buffs and skills. Additionally, your companions aren’t locked into the demon they use. You can choose their demons just as you would with your own. This means you can tailor your party setup and build a team powerhouse if you know what you’re doing. There’s no countdown of days or sense that you’re wasting time. You can branch off and chase down optional requests or hop in and out of dungeons at your leisure to regroup and heal up, though I often didn’t need to as my demons would often heal me while on Recon. 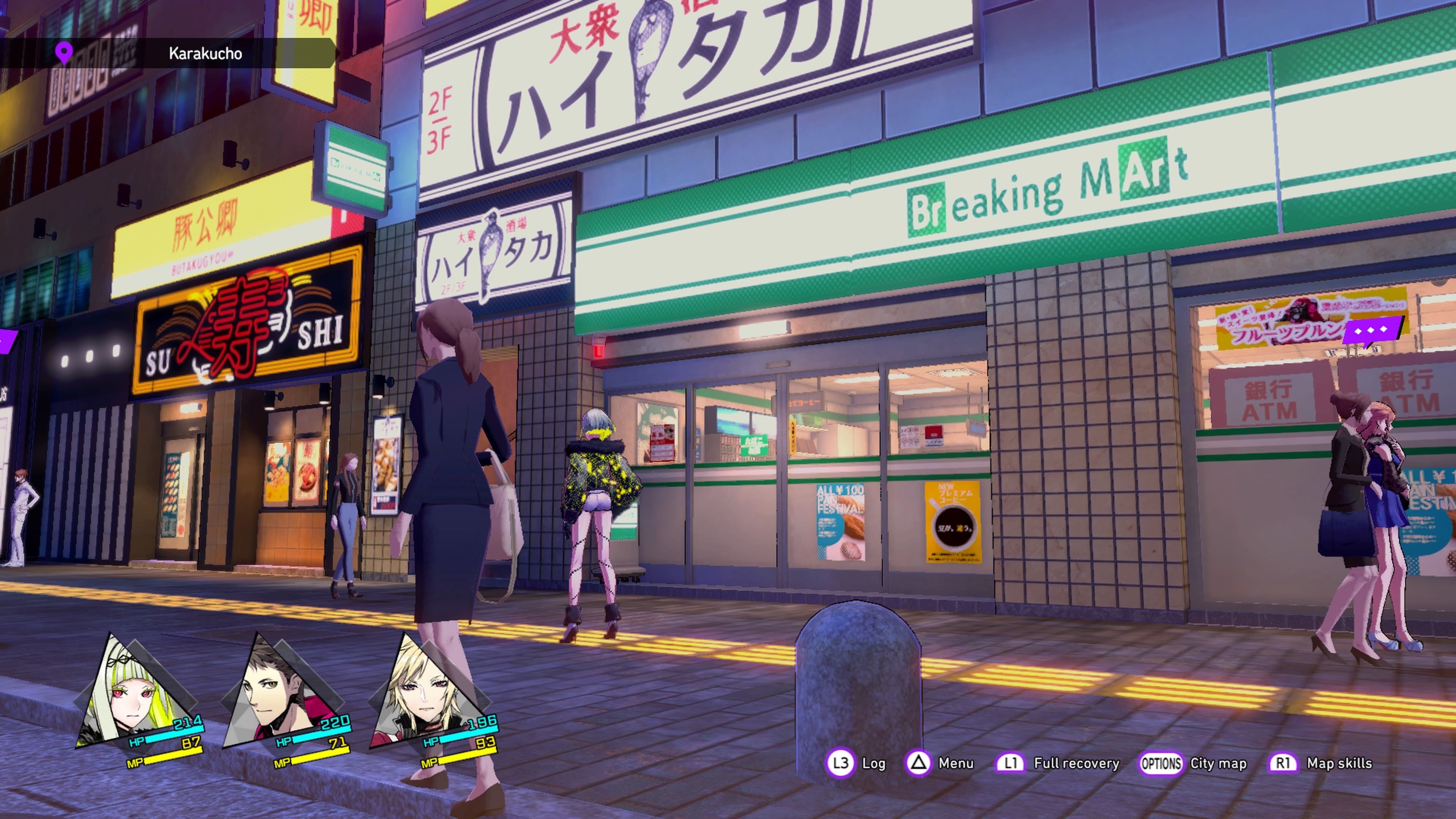 As a fan of the wider series, I safely assumed that Soul Hackers 2 would tick most boxes for me, but even still, I would say I’m enjoying it more than I thought I would. It’s early days in terms of the preview content, but the story has already piqued my interest enough, and the gameplay is highly enjoyable — I’m a sucker for side content, so I love all the extra Requests. The game is crammed full of pop culture references, such as the Breaking Mart store logo or Request names like “Does Aion Dream of Electric Sheep?”. Sure, the dungeons could be a little less bland, but that’s not exactly unusual with these games, and maybe we’ll get something fancier later on.

I do have to mention one minor irritation. Every time the game teaches you a new bit of information via a tutorial pop-up and you press to close it, you then have to confirm you want to do so. Every time. Please stop. Apparently, annoying pop-ups still plague us in the future.

Soul Hackers 2 is far more forgiving than SMT5 in terms of difficulty, and arguably even P5, but I love that it feels more open. We’re allowed to explore at our own pace with a team we’ve designed from the ground up. It has enough in common with Persona to tempt fans and keep them happy, while still making its own mark with new mechanics and its refreshing cyberpunk style. I’m ready to sign up for the Ringo and Figue fan club.