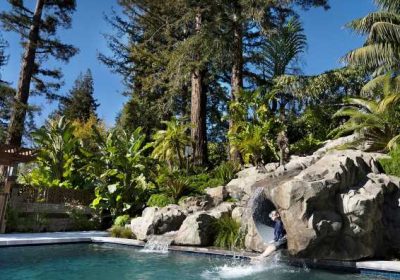 Spatial Inc. is unveiling a new kind of immersive audio experience today that will enable the company to create soundscapes for everything from homes to offices to theme parks. The startup has also raised an undisclosed amount of funding.

The company is unveiling a real-time product platform as a service for building soundscapes where we work, play and stay. Building upon four years of development, Spatial (which is registered in Delaware as SpatialX, not to be confused with the AR/VR company Spatial) is positioning itself to lead interactive soundscape design for creators.

Spatial is targeting everyone who would like to have audio experiences of home theaters wherever they go, even to outdoor venues, said Calin Pacurariu, cofounder and CEO of Spatial, in an interview with GamesBeat. In contrast to home theaters that are contained by walls, Spatial plans to create sound experiences that adapt to the audio environment.

“We really looked at reinventing sound for immersion,” Pacurariu said. “If you look at kind of traditional audio, everything from stereo to surround sound, the Dolby Atmos, it’s all built around structured environments, structured room layouts, and listener position. It’s well understood. For immersive audio, it is a different set of challenges. It’s just how you trick people’s minds into believing that something is actually real, and how you make it real-time and interactive and flexible.” 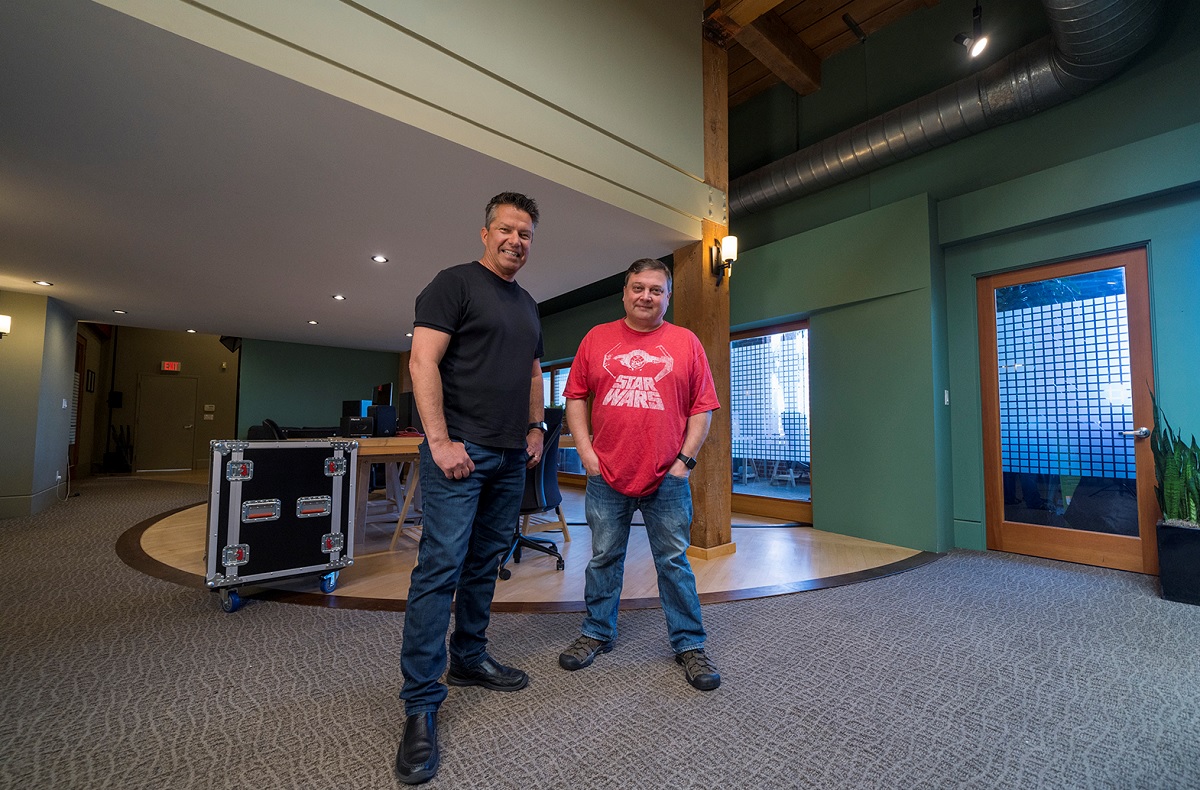 Scott Rupp, founding general partner of investor Bitkraft, said in a statement that Spatial connects real-time virtual worlds of modern game engines to deeply immersive and interactive real-world locales. He said he sees big opportunity for Spatial as these worlds blend and scale from home gaming rigs to esports stadiums and full theme parks, where there could be hundreds of speakers.

In 2017, Pacurariu and Michael Plitkins cofounded Spatial with the goal of bringing a modern approach to real-time interactive and deeply immersive experiences to the world. Their headquarters is in Emeryville, California, just across the street from Pixar Animation. Part of the mission is to look at the intersection of gaming and creativity, Pacurariu said.

Prior to founding Spatial, Pacurariu founded and led teams at Fitview and Podtek, which broke new ground in software applications and platforms. He also spent years at Apple leading product management from inception for many of the products that the world loves today, including iPhone software, AppleTV, and more. 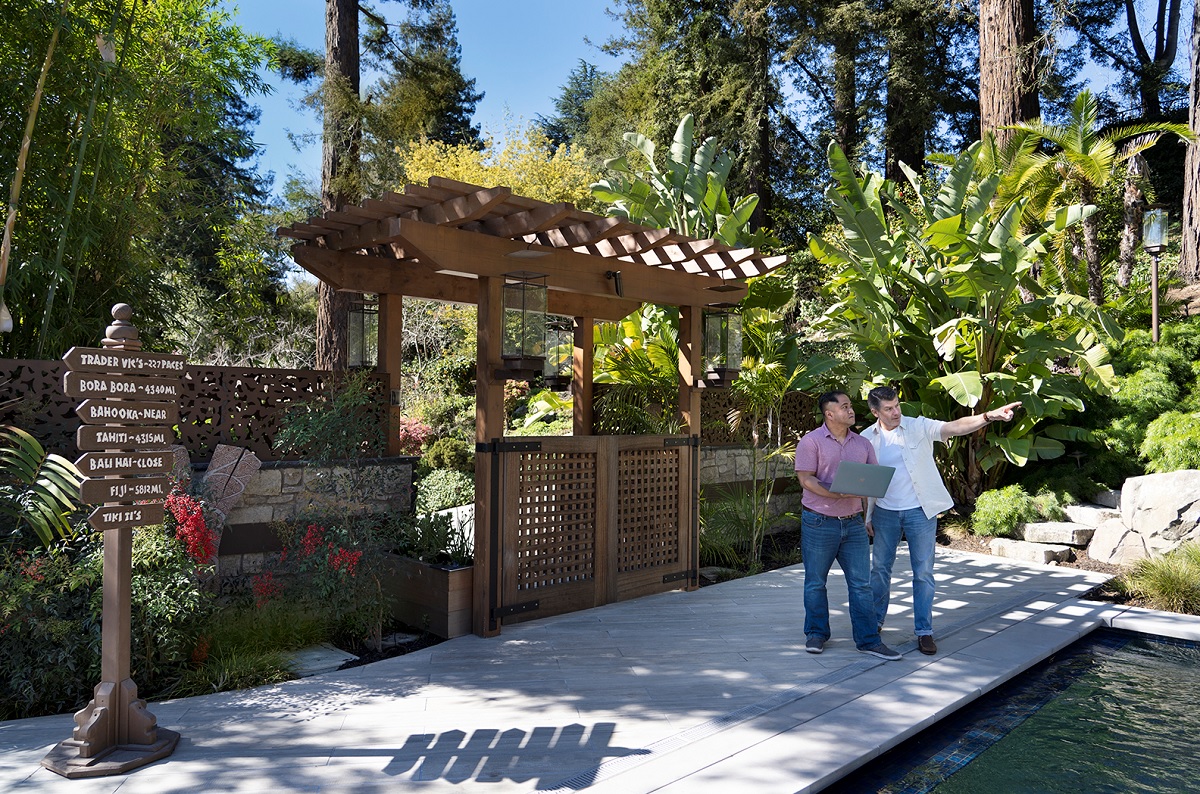 Prior to Apple, he led the core teams at Handspring that developed the Treo product line, which became the first modern smartphones. Pacurariu has more than 45 issued and pending patents in intelligent audio, methods for providing audio and visual cues in spaces, camera-based tracking, among other novel inventions.

Plitkins was a founding engineer at Nest, which was ultimately acquired by Google. He helped develop a set of groundbreaking smart consumer products for the home such as the Nest Thermostat and helped define the category we know as the home internet of things (IoT) today. Prior to Nest, he was a founding engineer at Tellme Networks, which was acquired by Microsoft. He also has experience in developing tools and technologies for 3D modeling, animation, VR, and graphics.

She was also part of the original iPhone team at Apple and was instrumental in the PR launch and global expansion of iPhone, iPad and the world’s first App Store. Prior to Apple, she led communications for AT&T, helping launch up to 40 devices per year.

Leading operations, Darrell Rodriguez joined the founding team after a storied career in entertainment and tech. He has been a chief operating officer for Electronic Arts, the president of LucasArts, and leader of innovation and worldwide studios for IGT. In an interview, he said that his time as former Disney Imagineer, where he worked on creative and immersive experiences for theme parks, helped prepare him for Spatial. Karen Carte, formerly of Pearl Automation and Lyve, joined in 2017 as head of finance. 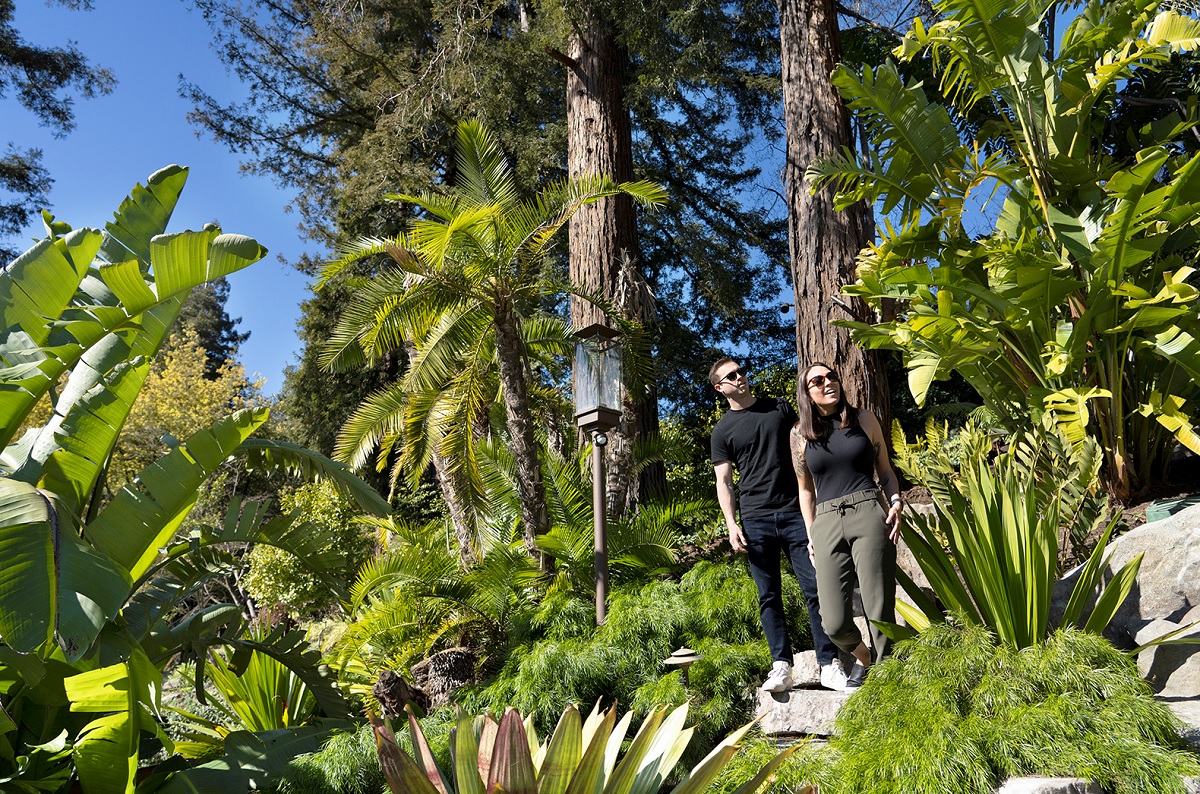 “I really fell in love with the idea of reinventing sound and to provide another brush in the palette of creators that they typically haven’t had,” Rodriguez said. “Audio is typically the last thing that is considered in the last thing that’s built in games or in movies, or in a lot of immersive experiences.”

Michael L. Ulica, president of the National Geographic Society, said in a statement that the investment in Spatial enriches the society’s legacy of storytelling—pairing National Geographic’s role in visual media with the latest in immersive audio experiences.

The Spatial Reality engine is built on an object-driven platform that renders realistic, believable soundscapes in real-time, with natural physics and complex object behaviors that allow for all day dynamic experiences.

Spatial experiences are completely interactive, encouraging guests to explore and experiment throughout the space. With comprehensive and immediate support for both inputs and outputs, Spatial experiences can react to anything in real time, from sensors and computer vision systems in the space to data feeds and live audio streams. The same holds true for outputs, with the action in a Spatial experience driving lighting, control systems or whatever you can imagine for a completely immersive engagement.

Spatial said its sound scenes are flexible and scale and adapt to each location. From a small space with a handful of speakers to theme park scale with thousands, Spatial is designed with flexibility which allows for indoor and outdoor installations that are unrestricted by traditional channel-based audio. Among the things it can do is mask the sound of your neighbors. 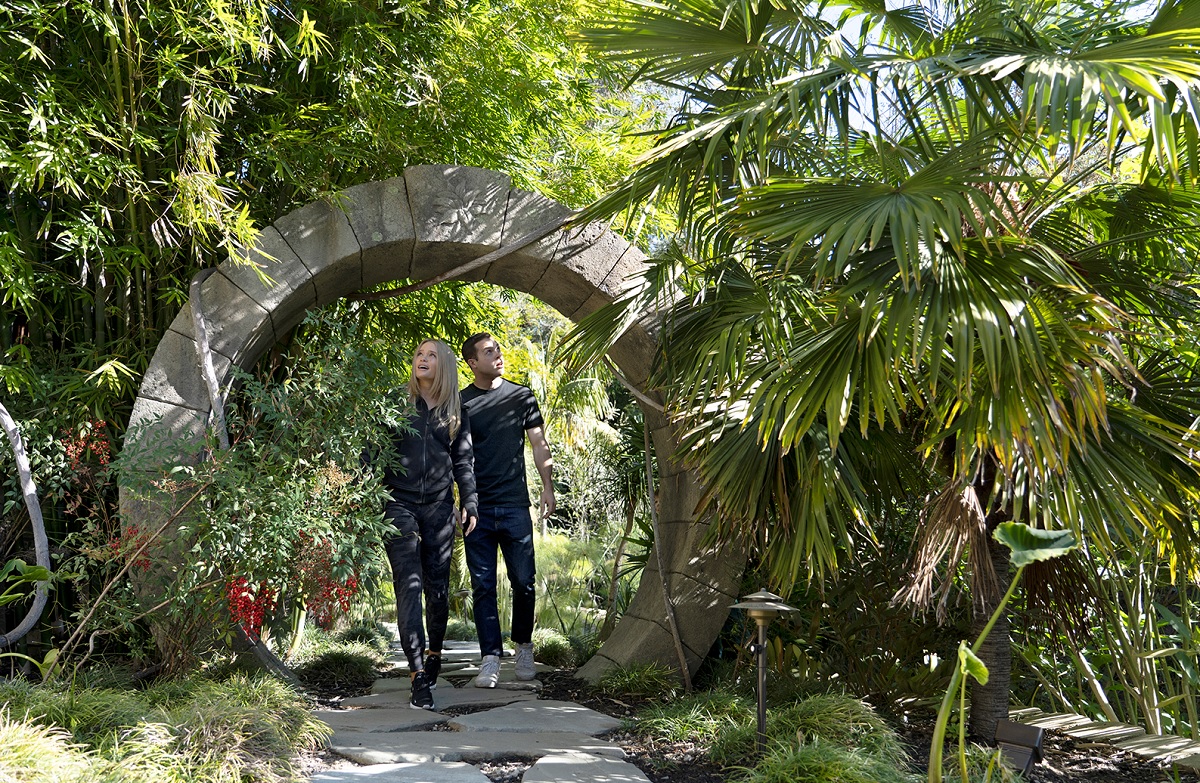 Above: Spatial audio scales from a home to theme parks.

The company has also created audio tools, dubbed Spatial Studio. The Spatial applications and services are crafted to combine the simplicity and ease-of-use necessary for widespread adoption that experiential designers demand.

“It’s a set of applications and a service that just allows us to do this. And the core of it is what we call spatial reality,” Pacurariu said. “Our Spatial Studio allows you to build these environments in a fully 3D visualized world.”

With the tool, creators can see the whole scene take place on the 3D canvas and fine tune object position, size, motion, and behaviors while listening to real-time preview. Scaling controls and adaptive physics for position, speed and distance give designers the confidence the scene will be incredible in any space. A few quick clicks publishes the scene to the Spatial service.

Spatial Control runs on your iOS device, for real-time control of and interaction with all of your spaces. User-friendly scene and space controls are woven in with detailed user roles and permissions, providing the access and management expected of a business-critical service experience. Spatial Control also provides tools for easy setup, tuning and customization of your spaces, using the portability and power of the mobile device to get everything just right without ever leaving the space.

The Spatial service runs in the cloud and communicates with the platform for administration and content updates. Spatial shipped to early customers last year enabling installations from large scale professional indoor and outdoor experiences to hobbyists immersive studios for less than $1,000. One of Spatial’s partners is Zeitgeist, which does work on theme parks. Another partner is Eight, which helped build Apple retail stores. Spatial has 26 employees.

“We’ve already hinted that and we’ve had customers over the last year that we’ve already been working with,” Pacurariu said. “It cuts across different segments.”