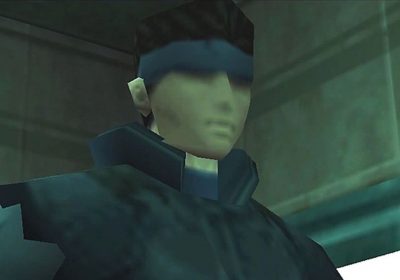 Speedrunners are out in force this Easter weekend. Not only do we see Elden Ring’s speedrun record drop to well under seven minutes, but now we also get Metal Gear Solid to just 36 minutes on its highest difficulty.

SoapySam posted this record-breaking run to the any-percentage category of Speedrun.com. This is where glitches and exploits are allowed to skip any or even most of the game. In the case of Metal Gear Solid, the big exploit is the vent glitch which allows players to bypass several of Metal Gear’s boss fights, including Psycho Mantis, Sniper Wolf, and your first encounter with Grey Fox.

From Snake’s initial arrival on Shadow Moses, SoapySam smacks a few guards before crawling directly to the tank hangar thanks to the vent glitch. From there it’s off to fight Vulcan Raven where SoapySam hilariously stands right out in the open and tosses grenades at Raven until he dies.

Chaff grenades are perhaps Snake’s most important weapon in this run as it allows for quick runs past automated turrets and security cameras. The other weapon in SoapySam’s arsenal is the menu button, which allows them to skip the lengthy cutscenes and codec conversations. Just skipping the codec screens alone eliminates half of Metal Gear Solid.

From there it's time to heat the security key and then fight Liquid Snake over the unconscious body of Meryl, which is actually the first time Snake sets eyes on Meryl thanks to the earlier glitch. One dramatic chase scene later and Soapy Sam is done with Metal Gear Solid in just 36 minutes.

As amazing as SoapySam's run is, it doesn't quite beat the Metal Gear 3 solid skip discovered by Twitter user Apel. By t-posing next to the wall, Apel was able to completely bypass the long ladder scene. Although some think this exploit to be sacrilege, speedrunners will certainly appreciate the three minutes this shaves off a Metal Gear Solid 3 run.