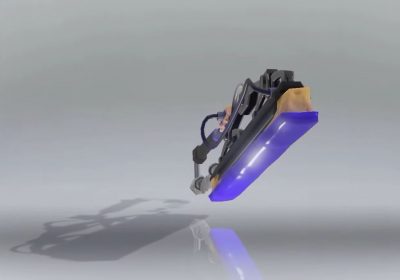 Nintendo has confirmed that Splatoon 3 will have all of the weapons from previous games at launch, as well as a new weapon type – the Splatana.

Earlier today, Nintendo revealed its deepest look yet at Splatoon 3, revealing a ton of new information about the game, including new stages and weapons, information on the game's story mode, and some more details on how Splatfests are going to work. One of the earlier announcements was in regards to weapons, with the reveal that Splatoon 3 will feature a new weapon type, the Splatana.

One of the sections of the Splatoon direct introduced the weapons that players will be able to use. A great bit of news for returning Splatoon players is that Splatoon 3 will feature every single weapon that has been in the series so far. That means that all seven weapon types and every variation of them that were featured in Splatoon 2 will be available, alongside the two new types introduced in Splatoon 3. This means that there'll be a total of nine weapon types within the game.

Nintendo also introduced a brand new weapon type for Splatoon 3 – the Splatana. As the name implies, this is an ink-based sword that the player can swing around to spread ink, similarly to the paintbrush and the roller. What makes the Splatana unique is that the player can charge it up for a splash of ink that'll travel further ahead in a straight line, presumably doing more damage as well.

This story is developing…