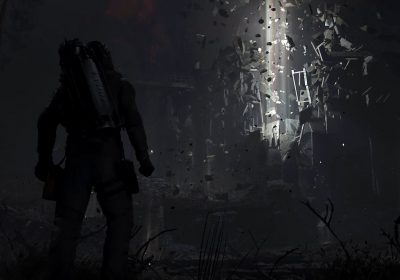 After Stalker 2: Heart of Chornobyl was officially delayed into 2023 a few months ago, with no launch window given since then, Microsoft has begun to refund players who have pre-ordered the game. Additionally, all pre-orders via Microsoft Store for consoles and PC are currently disabled.

As reported by XGP (via VGC), customers in different countries have started to receive a message from Xbox that their Stalker 2 pre-orders have been cancelled, and that all funds will be returned. The main reason is that the upcoming post-apocalyptic shooter from GSC Game World has been indefinitely delayed to an "unconfirmed date in the future." The Ukrainian developer earlier claimed the game will be out sometime in 2023, yet considering the ongoing war with Russia, it's hard to say for sure if this will be the case.

The studio previously shared footage of how drastically things have changed for its employees since February. To continue the development, the Kyiv-based team had to partially relocate to the Czech Republic, although not all of its workers could leave the country. Some team members had to stay in shelters regularly during the first months of the Russian invasion. It's clear now that the longer the war goes on, the harder it'll be for the studio to launch Stalker 2 properly.

However, GSC Game World still finds time to share some Stalker-related promo materials with its fans, like the recent concept art of a mutated monstrous feline known as "bayun." The creature is expected to scare players across a twisted version of the Chornobyl Exclusion Zone in the sequel. Additionally, the team has just shared a new piece of the game's original soundtrack "Storming", which you can check out above. As stated by the devs, Stalker 2's development has become "even more momentous and symbolic."

Stalker 2: Heart of Chornobyl is in development for PC and Xbox Series X/S, and was initially planned for release in April this year before being delayed until December. With a current vague period of 2023, we have to wait until further announcements.