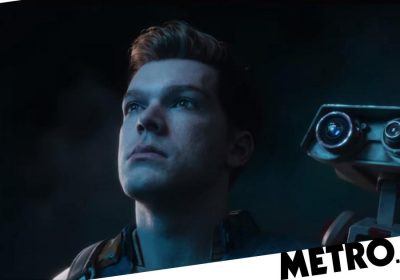 EA has officially revealed the sequel to Star Wars Jedi: Fallen Order and the fact that it won’t be out until next year.

Every man and his womp rat has been leaking details about the sequel to Star Wars Jedi: Fallen Order lately, including the fact that it’s actually called Survivor. But now it’s official, as is the fact that it’s not a 2022 release.

The trailer below doesn’t reveal much, but it does feature the Grand Inquisitor, a former Jedi who started off in the Rebels animated show and is one of the main bad guys in the Obi-Wan Kenobi live action show that’s just started on Disney+.

Oddly though, the portrayal of his species is back to being that they looked like in Revenge of the Sith, rather than the off-brand, and rather cheap looking, make-up seen in the Obi-Wan show. Update 2: It seems it might not actually be the Grand Inquisitor but a new character, which is an even stranger choice.

That’s an odd lack of synergy for Lucasfilm Games, especially as there’s at least one other crossover with the Obi-Wan show, since the underwater base of the Inquisitors was first shown in Fallen Order and, according to the trailers, is also in the Disney+ series.

Who exactly that is in the tank though is a mystery, with early speculation ranging a new Palpatine clone to Omega from The Bad Batch to Starkiller from Star Wars: The Force Unleashed.

Perhaps the Obi-Wan show will provide a hint, especially as many have speculated that protagonist Cal Kestis and/or Cere Junda might also turn up in live action form, since it’s set around the same time period.

There’s no sign of that so far but Cal’s droid BD-1 is also in the game trailer and has already been in the recent Book of Boba Fett and is getting his own Lego model. That model, along with the Survivor trailer, was unveiled as part of the Star Wars Celebration event currently going on in the US.

It’s possible the convention may see the announcement of other video game titles, because the Force knows there are a lot of them at the moment, but hard to predict right now as the Survivor reveal wasn’t part of the formal schedule.

Update: Just as we were typing this up Star Wars: Knights Of The Old Republic 2: The Sith Lords got announced for the Nintendo Switch. A port of the 2004 original, it’ll be out on June 8

The original game was released on Switch last year and is getting a full remake on PlayStation 5, which may also get a new trailer at Celebration.