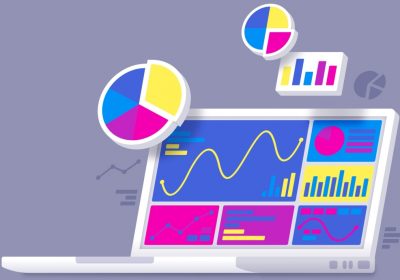 Being efficient at work – whether as an individual or a team at a company – is all about using up time wisely and keeping downtime at arm’s length. In the tech world of creating good software, observability tools, which measure the ability of the internal states of a system as determined by its external outputs, are all about helping developers use their work time more effectively.

With this in mind, data management platform maker Splunk, together with the Enterprise Strategy Group, today released the State of Observability 2022, a second annual global report that examines how observability is moving from first movers to mainstream business in shaping how organizations work.

The biggest takeaway researchers found, according to Spiros Xanthos, senior vice president and general manager of observability at San Francisco-based Splunk, is that the most sophisticated observability practitioners (those with three or more years of experience using the tools) can cut their company’s downtime costs by a whopping 90%. Turned into dollars, this means savings of an estimated $23.8 million annually on average, as compared to $2.5 million per year for observability-tool beginners (those with less than three years of experience with the tools).

Other key data points in the research include:

“The most sophisticated observability practitioners have given themselves an edge in digital transformation while massively cutting costs associated with downtime and boosting their ability to out-innovate the competition,” Xanthos told VentureBeat. “These observability leaders are more competitive, more resilient and more efficient as a result.”

“Two or three years ago, only the most advanced tech companies were using this,” Xanthos told VentureBeat. “What I see today is actually that the mainstream enterprise has adopted the idea and is pushing it; they are seeing the benefits in terms of how it can help with reducing downtime. Everyone is obviously at different levels of maturity. Most organizations are still beginners and they still like playing with modern tools and having replacement and virtualization and in some cases, initiatives. But it has become definitely mainstream.”

Increased cloud-service complexity also highlights the importance of observability for enterprises. Organizations have been moving to the cloud for more than a decade and in more recent years, hybrid architectures and multicloud operations have complicated many organizations’ cloud ecosystems, Xanthos said.

The report said 70% of respondents are using multiple cloud services. Other data points include:

While the challenges of observability are global, the report reveals that there are significant variations across countries:

For organizations across the globe looking to invest in observability, a lack of staff is one of the biggest hindrances in improving observability. Among respondents, 95% reported challenges in finding staff to monitor and manage infrastructure and application availability, while 81% of enterprises said a lack of staff had led to projects and initiatives failing.

“Organizations that use the right observability tools and practices and build to attract talent stand the best chance of becoming leaders in observability,” Xanthos said. “By tackling data volume and variety with AI, organizations can alleviate staffing concerns, while at the same time investing in skills training to draw in the very best talent available.”