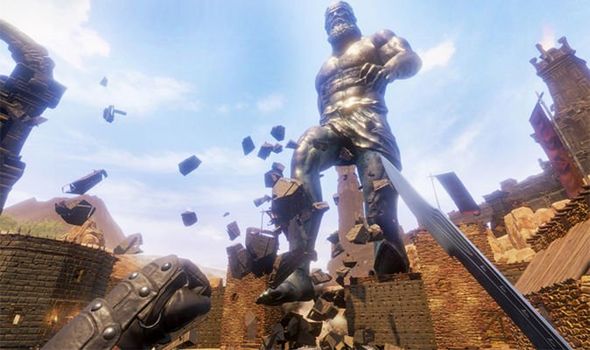 PC gamers have a lot of choices when it comes to free games to download and that just list just got a big boost.

That’s because Funcom has announced that Conan Exiles is having a free-to-play weekend on Steam.

It’s part of the ongoing first-year anniversary celebrations, which also includes a free update coming to the game on all platforms.

And not only that but a new DLC called The Riddle of Steel is available to buy, adding to the overall content in the game.

So even if you have played Conan Exiles in the past, there should be enough new content available to make it worth checking out again.

The Steam free game event for Conan Exiles kicked off today and will run until Sunday, May 12.

For those in the UK, it appears the free weekend will last until the early hours of May 13, and will also come with a discount if you decide to buy the full version.

“We thought we’d do something a little different for the anniversary,” explains Funcom CEO Rui Casais.

“Although the game is based upon the world created by Robert E. Howard during the 1930s and the subsequent comics, the movies enjoy a huge cult following.

“Many of the Conan-fans today would probably never have heard of Howard’s work if it weren’t for Schwarzenegger’s breakthrough role as Conan the Barbarian.

“We, therefore, thought it would be a good idea to combine the anniversary of our bestselling game with a homage to Schwarzenegger, Thulsa Doom-actor James Earl Jones and their like.

“This makes me all the more pleased to announce the Steam Free Weekend so that everyone can see what the game has evolved into for free.”

As confirmed by Funcom today, the free update adds a whole new dungeon to the game, a new mini-dungeon, new types of pets, and a full revamp of several NPC settlements and cities.

Players may also notice that after downloading this patch, it has also made population changes, added new bosses, and new loot and rewards.

The Sunken City is the brand-new dungeon in question, which is intended for high-level players to test their mettle against the corrupting evil that lurks within.

Players will need to travel to the city via a boat found in Dagon’s Embrace and will discover the Sunken City populated by members of the Cult of Dagon, as well as several Deep Ones in various states of transformation.

Meanwhile, the new DLC contains new statues and figurines of Arnold Schwarzenegger as Conan, as well as iconic helmets from the first movie, commemorative warpaint and other decorative items.

It should be noted that The Riddle of Steel expansion is not part of the four core DLCs Funcom have planned for 2019 and will therefore not be included in the Year 2 Season Pass.

The Riddle of Steel will be available for PC for $ 6.99 (other regional prices may apply) later this week and will follow on Xbox One and PlayStation 4 shortly after.