Home » News » Steam Had Its Highest Concurrent Players Ever Yesterday 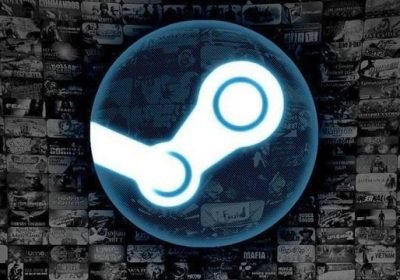 Steam records have been constantly getting shattered over the past two years. This could mostly be attributed to the Covid 19 pandemic and resultant lockdown; we didn't have much else to do besides sitting at home and playing games. Even relatively older games like Team Fortress 2, Rainbow Six: Siege and Apex Legends managed to break concurrent records in 2021.

Steam itself has also broken its own concurrent players record four times since December 2020, and it has done so once again. The last time it happened was in April, when 26.9 million users were online at the same time. However, there were 27,182,165 concurrent players online yesterday, November 27, 2021 according to SteamDB.

As for what people were playing to reach that number, it was the usual suspects mixed in with some surprises as well. As of the time of writing, Steam's stats page shows that CS:GO is predictably at the top spot with a 941K peak, followed by Dota 2 and PUBG at 680K and 341K respectively. Apex Legends took fourth place with 234K and everybody's favourite broken game, New World stood fifth with 159K.

While GTA 5 being at the number six spot isn't a shocker, the rest of the list could have been anyone's guess. Team Fortress 2, MIR4, Wallpaper Engine and Naraka: Bladepoint complete the top-10 list. The current number of Steam concurrent users sits at 22,948,226 right now, so you can expect the record to be broken again any time soon. It's really not that surprising that the concurrent players number is increasing with each passing month. The overall audience is constantly growing and getting younger, and the variety of games is getting wider and appealing to more people.

If you think the number of concurrent players for Wallpaper Engine is surprising, Cyberpunk 2077 is currently one of Steam's best sellers. The game recently got a 50 percent discount, resulting in the price dropping from £49.99 to £24.99. With more people playing it, the Recent Reviews section is currently "Very Positive" with All Reviews at "Mostly Positive". A lot of the reviews also say that the game now runs absolutely fine on PC.