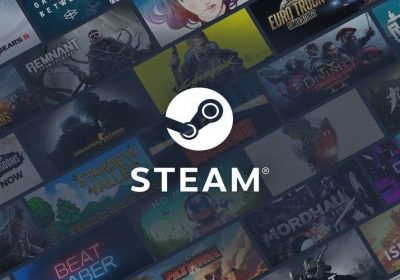 Steam is constantly finding ways to make PC gaming easier. Whether it’s financially, via seasonal sales, or by adding new features and tools, the online video game marketplace is the go-to spot for anyone who wants to purchase a PC game. The Epic Games Store is its only current rival. A recent datamine has now revealed that Steam may be about to introduce another feature that will make players’ lives easier.

The Library Manager gives you in-depth information about the games you’ve installed, which drive they’re in, how much space they’re taking up, and how much is free. In a nutshell, this feature will make allocation and storage space issues much easier to tackle. It will allow you to quickly figure out what games you can delete, and from where, should you happen to run out of storage space.

Images of the yet unannounced feature were tweeted out by Pavel Djundik, a.k.a @thexpaw. Credit was given to @sno_wolf who uploaded the images onto the SteamDB Discord server. The images reveal a table of the installed games, along with a data bar which provides information on the amount of space taken up by games, DLC, workshop, and others. It also reveals how much space is still free on the respective drive.

There’s no news on when this feature may be rolled out. But simple tools like this can go a long way in making users’ lives simpler, especially given the massive sizes of the games coming out these days.

Djundik, who is also the creator of SteamDB recently uncovered that Steam could be working on a handheld console called the SteamPal. They uncovered this information thanks to lines of code buried in the most recent Steam beta client update. The codes referred to “controller bindings, new UI strings such as quick access menu, system settings (airplane mode, wifi, Bluetooth) and a power menu,” which all sound like the features that would be included in a handheld device.

According to the code, the internal codename for this project is “Neptune”. Another codename hidden in the lines of code was “Callisto Developer Program,” which sounds like a codename to bring on third-party developers.