Home » News » Stones Of Harlath Is Coming To Quest Next Week

Stones Of Harlath Is Coming To Quest Next Week 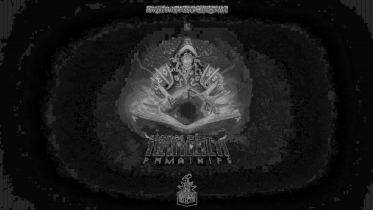 Stones Of Harlath is coming to Oculus Quest next week.

The VR role-playing game (RPG) is listed in the Coming Soon section of the store now with a 10% discount for early orders. That takes it from its usual price of $9.99 down to $8.99. This is actually the first game in the Oculus Store on Quest to offer a pre-order option; other titles like Larcenauts and ForeVR Bowl are simply listed as ‘Coming Soon’. We’ve asked Facebook if any developer can now launch pre-order offers for their apps.

Stones of Harlath, meanwhile, is due for release on June 3rd. We first wrote about it just under a year ago. Developed by Garage Collective, the game transports players to the titular island, where they’ll explore dungeons and cast spells by tracing out patterns of runes. The game carries a pretty gorgeous retro art style that you might recognize from Garage Collective’s last game, Theta Legion. You can see a trailer for the game above.

While the game is coming to Quest next week, it looks like the initially announced SteamVR version is still a little ways out – the store listing suggests it’ll release on July 15.

Will you be checking out Stones of Harlath on Oculus Quest next week? Let us know in the comments below!