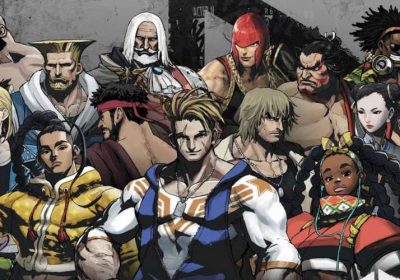 Following it leaking a few months ago, Capcom has revealed the entire 18-character starting roster for Street Fighter 6, confirming the return of Zangief, Cammy, and Dee Jay, alongside showing a few more brand-new faces.

It's been a busy few days for Street Fighter 6, with it being a prominent part of Capcom's pre-TGS showcase and even getting a separate livestream as part of TGS. Capcom promised that big news would be revealed there and it wasn't kidding, as its playthrough of the World Tour mode showed an intro video with the game's entire launch roster front and centre.

If you've been paying attention to Street Fighter 6 over the past few months, you'll know that there are quite a few names here that haven't been fully revealed yet. Some of the returning characters that have just been revealed include Dee Jay, Zangief, and Cammy, while the new characters that we haven't seen anything else of yet include Manon, Marisa, Lily, and JP.

As previously mentioned, the entirety of Street Fighter 6's roster actually leaked a few months ago, starting with Capcom including a few of the names in one of its trailers, and then with someone sharing art of pretty much everyone. All of the characters shown in this intro were actually included in that leak, but there are a few that haven't made the cut and might be saved for DLC.

These include Akuma, Rashid, Ed, Mimi, and a mysterious newcomer called A.K.I., who actually seems like they could be the endgame unlockable. Considering Street Fighter 5's multiple season passes and many DLC characters, it seems likely that there are more on the way not mentioned here.