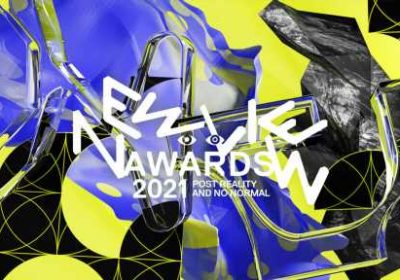 Now in its fourth year, the annual NEWVIEW Awards celebrate the artistic side of XR whilst handing out some big cash prizes for the winners. Organised by Japanese studio Psychic VR Lab, submissions have now opened for the awards which encourage creators worldwide to apply for,

This year’s theme is ‘Post Reality and No Normal’ because of the so-called “new normal” which has evolved around the COVID-19 pandemic. This has born rise to a greater need for digital connection, whether that’s teleconferencing for work or stepping into a new metaverse to hang out with friends.

“The NEWVIEW AWARDS hopes to capture the essence of the global transcendence caused by the ongoing COVID-19 pandemic,” said Ryohei Watanabe, CMO Psychic VR Lab in a statement. “In our ‘new’ reality, creativity has been given new avenues in which to flourish, and at Psychic VR Lab we are excited to appreciate some of the great xR works that artists, designers, and creators have produced to encapsulate the theme of ‘Post Reality, No Normal’. We are very excited for this year’s submissions and to see the best of XR creativity from across the globe!”

Just as in previous years, to apply for the NEWVIEW Awards creators not only need to embrace the theme but they also need to utilise Psychic VR Lab’s production and distribution platform Styly. It’s a creative solution released a few years ago solely aimed at artistic expression rather than videogame development, supporting both virtual and augmented reality (VR/AR) content creation. Earlier this year Styly was updated to directly support 3D models built in Tilt Brush due to Google Poly closing.

Creators will be vying for several prizes this year with three Silver Awards offering $5,000 USD each. Then there’s the grand Gold Award which is a whopping $20,000. Additionally, the NEWVIEW Awards will have a couple of non-monetary prizes including the PARCO Prize which will see the winner granted space within the PARCO Building in Shibuya, Tokyo for a unique AR creation. Whilst the SUPER DOMMUNE Prize will be selected by Mr. Ukawa to be showcased on his channel.

Applications for the NEWVIEW Awards are open until 1st November 2021. For further updates keep reading VRFocus.