Summer Game Fest: every indie game shown at Day Of The Devs 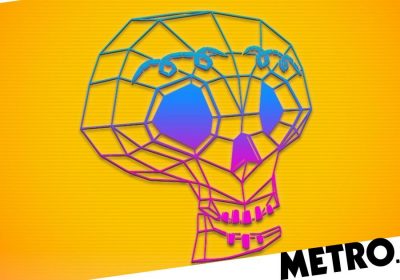 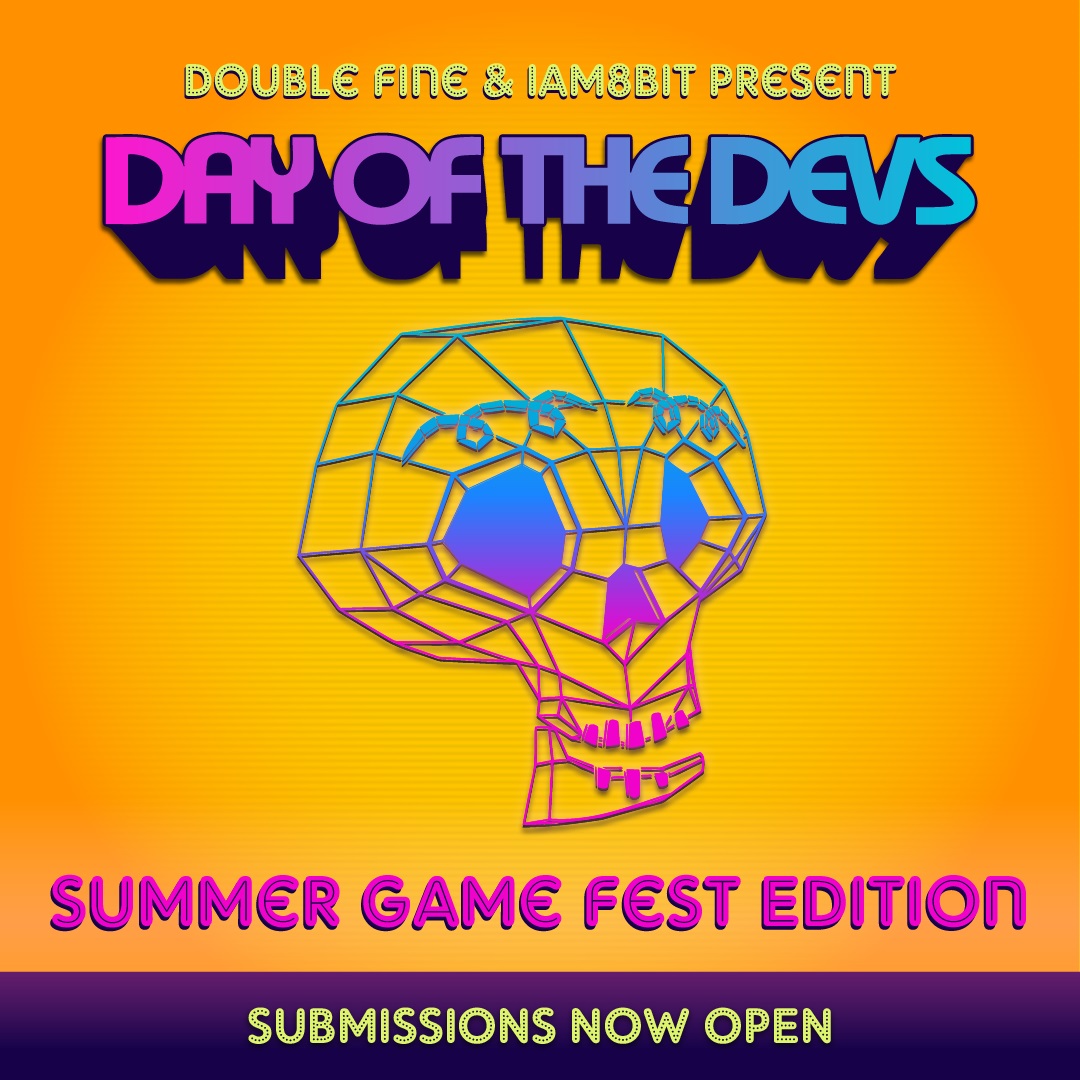 A swathe of indie games was shown off during Summer Game Fest’s Day Of The Devs, from the likes of Devolver Digital and Annapurna.

The first day of announcements from Summer Game Fest kicked things off with a bang thanks to the likes of Elden Ring. But, aside from major releases, it also took the time to highlight a number of indie games during the Day Of The Devs segment.

As a reminder, Day Of The Devs is a showcase that allows indie developers to show off their upcoming releases, that might otherwise be overlooked.

18 games in total were demonstrated throughout the livestream and we’ve compiled them all below in alphabetical order, with some brief descriptions of what they’re about.

From French studio Glee-Cheese Studio, A Musical Story is, unsurprisingly, a rhythm game that has you explore the memories of musician Gabriel, all set to a 70s backdrop.

Unlike most rhythm games, there are no prompts to tell you when to time your button presses. You instead must rely on your listening skills and the ‘feel’ of the music. It releases in October.

One of the more high profile titles, Axiom Verge 2 is the long-awaited sequel to the 2015 Metroid-inspired original, which was lauded for being developed by just one person.

It received a new trailer showing off the main character’s combat abilities in action and a boss fight, as well as confirmation that it’s possible to complete the game without defeating a single boss.

A story driven puzzle game, Behind The Frame boasts an anime aesthetic that feels reminiscent of a Studio Ghibli film. It puts you in control of an aspiring painter struggling to become a professional.

You’ll solve puzzles within the confines of her apartment, get opportunities to do some painting yourself of course, and form a connection with her next door neighbour.

The first of publisher Devolver Digital’s offerings, Death’s Door is a top-down fantasy action adventure being developed by Acid Nerve, a two-person team based in Manchester.

You play as a crow whose job it is to reap the souls of the dead. When one of your assigned souls is stolen, you must chase after the thief to another realm and use melee weapons, arrows, and magic to fight off the enemies you encounter. It will release this summer.

One of three games from asobu, a company which supports Japanese indie developers, Demolition Robots K.K. is a multiplayer game where players compete to see who can destroy the most buildings first.

It also has Twitch functionality. While being streamed, viewers can interfere with the game by performing certain actions. It’ll release later this year and is planned for consoles as well, but which ones weren’t specified.

Possibly one of the more unique experiences on the list, Despelote is a first person narrative game based on developers Julián Cordero and Sebastián Valbuena own experiences playing football in the park.

It’s set in Ecuador, 2001, just before its team was about to qualify for the World Cup for the first time ever. It currently lacks a release date and release platforms.

Asobu’s second game, Elec Head is a simple 2D platformer. You take control of a little robot whose electric head can charge platforms and make them move. However, the robot can take their head off and move independently from it.

It’ll release for PC later this year. More specifically for Steam and itch.io. There’s no mention of an Epic Games Store release.

Another top-down adventure game, Garden Story seems much cuter and happier than Death’s Door. Instead of a crow, you play as a sword wielding grape who acts as a village guardian.

The world is populated with anthropomorphic fruits and vegetables and enemies to fight, while you revitalise your village through completing quests, crafting, and other activities. It releases this summer.

This had already been announced prior, but Annapurna’s latest game, Last Stop saw a new trailer. Described as an anthology drama, it follows three different stories that are mysteriously connected.

Boasting full voice acting and paranormal elements, the game also allows you to shape the flow of conversations with different dialogue options. It releases July 22.

A top-down dungeon crawler roguelike from Straka Studio, Loot River is described as a cross between Dark Souls and Tetris. Not only must you fight hordes of enemies as you travel through the dungeons, but you must solve tile puzzles by shifting the very ground beneath you.

New weapons, gear, and permanent upgrades can be acquired as your progress, and Straka states that every dungeon is procedurally generated, so you’ll never get the same one twice.

From the same studio that brought you Wargroove, Bunnyhug Studios is trading tactical warfare for fishing with its newest game Moonglow Bay. Described as a relaxing fishing role-playing game, it’s up to you, as your town’s sole fisherman, to keep your business afloat and avoid bankruptcy.

It will release later this year for both Steam and the Epic Games Store and is already slated to arrive on Xbox Game Pass for PC.

Devolver’s second game of the showcase, Phantom Abyss is being developed by Team WIBY and has you explore temples as an Indiana Jones type to loot them for treasure.

However, if you die, you can never visit that temple again. Your ghost, however, is left behind to show other players what route you took. All this means only one player can ever complete each temple. It’ll release in early access on Steam this month.

This was announced during one of Nintendo’s indie presentations, but a new trailer shows more of the game in action, including a rather tense scene with a cab driver.

The game’s main hook is that it’s a procedurally generated narrative adventure, where the actions you take, the people you meet, and the consequences of your actions determine how the story ends. It releases later this year.

A cooking simulator, Soup Pot teaches actual recipes which you can replicate in real life. More than 100 different recipes can be created, either by following the instructions to a tee or by experimenting.

This is definitely one of the more relaxing games of the showcase, with developer Chikon Club insisting that the game is a welcoming place and there’s no need to worry about failure. It releases in August.

A city builder set on top of the back of a giant creature, your goal is to not only cultivate a healthy city for its residents to live in, but to also nurture a relationship with the creature itself.

You’ll want to ensure that you and the creature get along, as your choices in how you build your city will affect its mood, which in turn can affect the city. It releases on Steam Early Access later this year.

The debut game from studio Something We Made, TOEM is an adventure puzzle game where you play as an intrepid photographer searching for the titular TOEM.

Featuring hand drawn visuals, you’ll also aid the people you encounter with your photography skills. It releases later this year.

The second rhythm game of the showcase, Unbeatable takes place in a world where music is illegal. Naturally, your goal is to find a way to pursue your band’s goals without being caught by the cops.

Features include 90s anime inspired visuals, an original soundtrack by anime rock band Peak Divide, and a suite of accessibility options so those unfamiliar with the genre can ease their way in and enjoy the story.

There have been a wide variety of different art styles so far, but Vokabulantis stands out for featuring stop-motion animation. A co-op puzzle game (although it does have a single-player option) inspired by the likes of Unravel and Little Nightmares, it sees two kids with no mouths go on a adventure to find out how they can confess their love for each other.

Studio Kong Orange hasn’t stated exactly which platforms it will release for, but it is aiming for all major platforms, so expect both a console and PC release in 2024.

The third and final game from asobu, Walk is a survival horror game set in suburban Japan, where you play as a schoolgirl trying to get home. It almost resembles old PlayStation One games and gives off some Silent Hill vibes.

No target platforms or a release date have been shared, but a Kickstarter will release later this year, meaning you can help fund its development if its trailer intrigues you.

All of the announcements, plus more information, can be seen in the livestream below from the 2:16:00 mark.