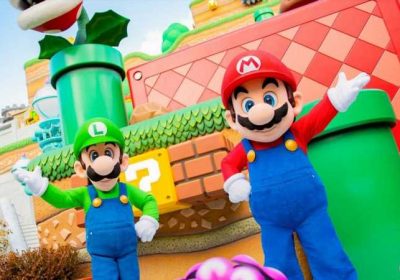 The number of daily visitors to Super Nintendo World has been halved and then halved again due to a spike in COVID cases in Osaka, Japan.

Last month, following a number of delays that lasted for almost a year, Super Nintendo World was finally allowed to open its gates. However, the larger park it calls home, Universal Studios in Osaka, Japan, is being partially blamed for a spike in COVID-19 cases in the area. 719 new COVID cases were recorded in Osaka on April 6, 2021, a record high for the prefecture.

It’s the eighth day in a row daily cases have risen in Osaka. That has resulted in Universal Studios’ daily visitor limit being reduced drastically. Until now, the park was allowed to welcome 20,000 visitors per day. That has now been dropped to 5000 meaning even fewer people will be able to get Super Nintendo’s World’s soon-to-be elusive first-month stamp.

Mainichi News reports Osaka will likely reach the “red light” phase of its warning system in the coming days. That level is activated when 70% of a prefecture’s hospital beds are occupied by patients with COVID-19. On April 6, it was at 63.8%. Super Nintendo World’s opening was delayed when a state of emergency was declared in Osaka. It might have to close temporarily if that 70% threshold is breached.

While marketing and photos from Super Nintendo World showcase social distancing and mask-wearing, there have been moments where that has not been the case. Its grand opening, for example, when many park-goers were huddled together to watch a dance performed by the park’s employees. Osaka City has also requested the Olympic torch skip that leg of the relay. It will still take place outside of the city should this happen.

Even though Tokyo is currently still in a state of emergency, this summer’s postponed Olympic Games are still scheduled to go ahead. Plans for the original opening ceremony surfaced this week. They featured nods to Akira and also Mario in a bathing suit. Super Nintendo World was originally supposed to open alongside the Tokyo Olympics. Both being pushed back has resulted in that sort of happening by accident anyway.