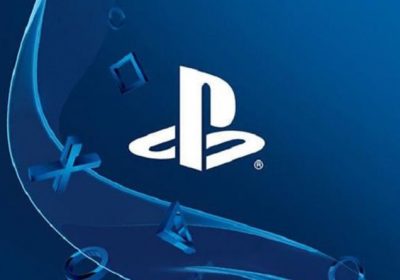 PlayStation look back at every game from the PS4 generation

Some unexpected news has confirmed the return of a free PS4 game that many thought was long dead.

The Tomorrow Children was a free-to-play download available on the PlayStation Store that disappeared during 2016 and was never expected to make a return on either its former platform or PS5.

But a surprise update this week suggests that a revival is on the cards that is almost certain to lead to another download arriving on the PlayStation Store in the future.

Many gamers probably have never played The Tomorrow Children, following its release and server closure between 2016 and 2017.

The Tomorrow Children is a unique combination of action, simulation, strategy, and social gaming that delivers interconnected gameplay.

Gamers play the role of “projection clones,” who are tasked to work together in an alternate future Soviet Union.

The aim is to restore civilization to a world that has been annihilated by a failed science experiment, which means gathering resources, and building and customising your town.

Defences are also needed so that you can fend off attacks from gigantic kaiju monsters, and other unhelpful visitors.

The Tomorrow Children never became a free-to-play smash hit but it did build a cult following and there will be gamers out there happy to hear about its return.

A statement from Q-Games confirmed that a new deal had been reached with Sony to allow the game to return in the future.

The full statement from Q-Games reads: “Kyoto-based video game developer, Q-Games, is proud to announce that it has successfully come to an agreement with Sony Interactive Entertainment for the ownership of its PlayStation 4 cult hit The Tomorrow Children. The Tomorrow Children will return to its original creators, Dylan Cuthbert and the team at Q-Games!

“The Tomorrow Children was originally released by SIE almost exactly five years ago as a free to play online title, showcasing an unorthodox rendering technology called Voxel Cone Tracing, large scale cooperative gameplay and a futuristic world setting like no other. Despite having a large number of fans worldwide clocking up hundreds of hours each, the game was taken offline just one year later and has not been playable by the public ever since.

“Q-Games will now be working hard to rebuild The Tomorrow Children and bring it back to its loving fans. As the dust from this momentous occasion settles we would like to invite our fans; proletariat and bourgeoisie combined, to follow us as we document and give exciting development updates every step of the way to bringing the game back to life.”

Sadly, we don’t know when The Tomorrow Children will be back on the PlayStation Store but there sounds like a good chance we will be hearing more about it in 2022.

And what’s more, it’s almost certainly going to be another game that will be playable on both the PS4 and PlayStation 5 platforms moving forward.