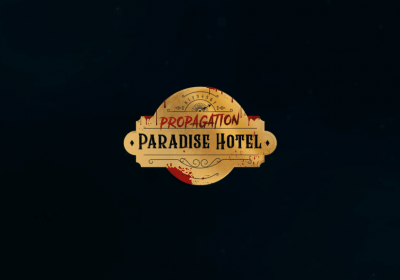 Ragnarock studio Wanadev has announced a sequel to VR horror game, Propagation VR. It will be a full title, named Propagation: Paradise Hotel.

The follow-up was announced today at the Upload VR Showcase. Check out a full trailer below in which the studio introduces the game and what it wants to achieve this time around.

Also included in the video is a short CG teaser showcasing the game’s setting. As the name suggests, players will be exploring a hotel filled with zombies. Is anyone else getting Dead Island vibes from this one?

The original Propagation was a short VR experience that saw over 350,000 downloads on PC VR and holds very positive user reviews on SteamVR. You fought off waves of monsters using firearms, realistically reloading weapons. Though brief, it was a polished experience that was free to download with premium co-op DLC. As Production Director Nola Speck reveals in the video, Paradise Hotel will be a full game with new encounters and mechanics. Look to see more from the game sometime in 2022.

For now, Paradise Hotel is planned for all major VR platforms, so expect Quest and PC VR versions as well as hopefully versions for PlayStation VR. The game is set to launch in late 2022. It will be Wanadev’s third VR project after the release of this year’s excellent VR rhythm game, Ragnarock. A Steam page for the game is also going live today.

Stay tuned to the Upload VR Showcase, as we have much more where that came from.