‘Switch Games News: One of 2018’s best games coming to Nintendo this year 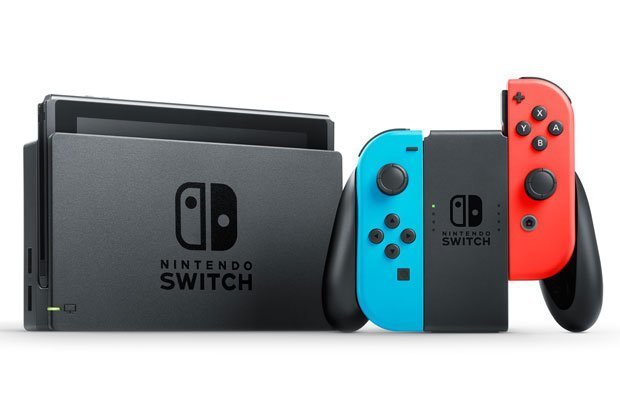 Call of Cthulhu could be the next cult hit horror game to satisfy the tastes of Nintendo Switch players.

This week, it was announced that Dontnod would be bringing the cult hit game to Nintendo Switch – alongside its other well-received 2018 title, Vampyr.

Focus Home Interactive, the publisher in charge of these titles, noted that both games will be coming to Switch later this year – although a release date was not mentioned.

Though we found Vampyr a little underwhelming, we thought Call of Cthulhu was actually a really unique, interesting take on the genre – as you can read from our hands-on with the game from February last year.

If you like your horror off-kilter and cerebral, you may want to consider looking into these two titles once they release at some point in 2019.

After the likes of Outlast and Layers of Fear came out of nowhere to grip horror fans with their claustrophobic tales of dread, Call of Cthulhu could be the next game of the generation to offer a nasty surprise to genre fans.

The premise of the game is simple: you’re a private investigator heading onto the island to look into the death of a famous family, one whose daughter was a renowned painter.

Unlike many horror games on the current console generation, Call of Cthulhu will focus primarily on investigative gameplay, rather than survival or combat. The title is a semi-open world investigative RPG with elements of stealth and psychological horror, to use the words of the studio itself, and offers a nice change from simply running for your life.

The bay area of Darkwater that we’re initially introduced to is dank, slimy, wet and miserable. Everything is dark, and all the light sources somehow come off slightly green and creepy.

From the second you set foot on the island, you can tell no-one there really likes you. They want you gone. They don’t trust your motives in looking into this case – or maybe they’re hiding something from you.

Some fisherman sing a tragic tale of a big catch from decades ago – a catch that ended the whaling trade on the island. Smugglers talk in hushed tones outside a warehouse they’re tasked with guarding. The whole island reeks of deception… or maybe that’s just the killer whale killed by something unknown (but clearly massive) on the shore.

So far, so Lovecraftian. Everything’s lit by torchlight. Nothing seems right. Fog clings to the island, and from what you can discern, odd gases seep from underground caves, making everyone seem slightly… off.

We see the RPG elements in action as we investigate one of our victim’s last paintings: it’s a portrait of a man, but not quite. There’s something inhuman about it – the face is the only part intact and it looks like the doomed artist gave the male model… gills? A slightly squid-like appearance? It’s hard to tell.

But checking it out bolstered our observations skillset a bit, so that’s something. The whole RPG element of the game is built around the 1981 role-playing pen and paper title the game shares a name with, so there are a lot of elements to draw on.

The RPG element of the game seems fairly skinny and straightforward, but if it helps you unpick the mystery, it all adds up.

The final – and most interesting – aspect of the title is the creeping, unrelenting madness that sets in as you play.

Strange things start to happen to your main character as you progress – some of it is madness triggered by the events of the game, other parts are genuinely real, grotesque events.

It’s up to you as a player to use your judgement to act on things you perceive as real, or just let them slide as side-effects of your encroaching insanity.

It’s an interesting way of putting a horror narrative in the hands of the player, and something we’re keen to see experimented with more as the game goes on.

It’s no secret that the game is all about the impending revival of the Great Old One Cthulhu, but whether or not you let that happen – and just what happens if you do – lays the foundation for a truly interesting horror game… one unlike anything we’ve seen on the Nintendo Switch to date.