Home » News » Temtem Battles Take Pokemon To The Next Level

Temtem Battles Take Pokemon To The Next Level 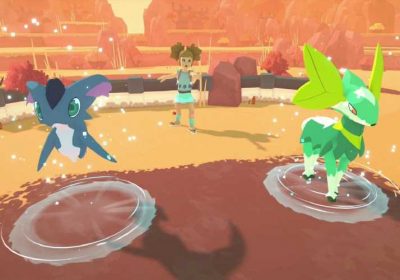 Pokemon games all start the same. You pick your starter, you beat your rival, and you run off to beat up Pidgey and Rattata in the long grass to level up quickly and make it to the next town. Sometimes you lose to your rival, sometimes Pidgeys and Rattatas are replaced by Tailow and Zigzagoon, but you get the picture. Most fangames also follow this formula, giving you an easy ride until you get to the first Gym or equivalent, at which point the difficulty usually starts to slowly incline.

Temtem follows most of the PokeRules to the letter, but for this aspect in particular, it tears up the rulebook. Battles are all 2v2 – including the vast majority of wild battles – so you’re always at risk of opponents ganging up on one of your slots just to be mean, leaving you fighting at a disadvantage.

2v2 battles are rare in Pokemon. There’s usually one Gym Leader that’s a double battle, and a handful of trainers on the routes. In Temtem, even if you’re facing a single opposing Tamer, they’ll send out two monsters to combat your pair. There’s a reason that competitive Pokemon is played 2v2: it’s far more complex, strategic, and difficult to master. Facing AI doesn’t quite have the same depth of strategy as the Pokemon World Championships, but it’s certainly more difficult than your usual Route 1. 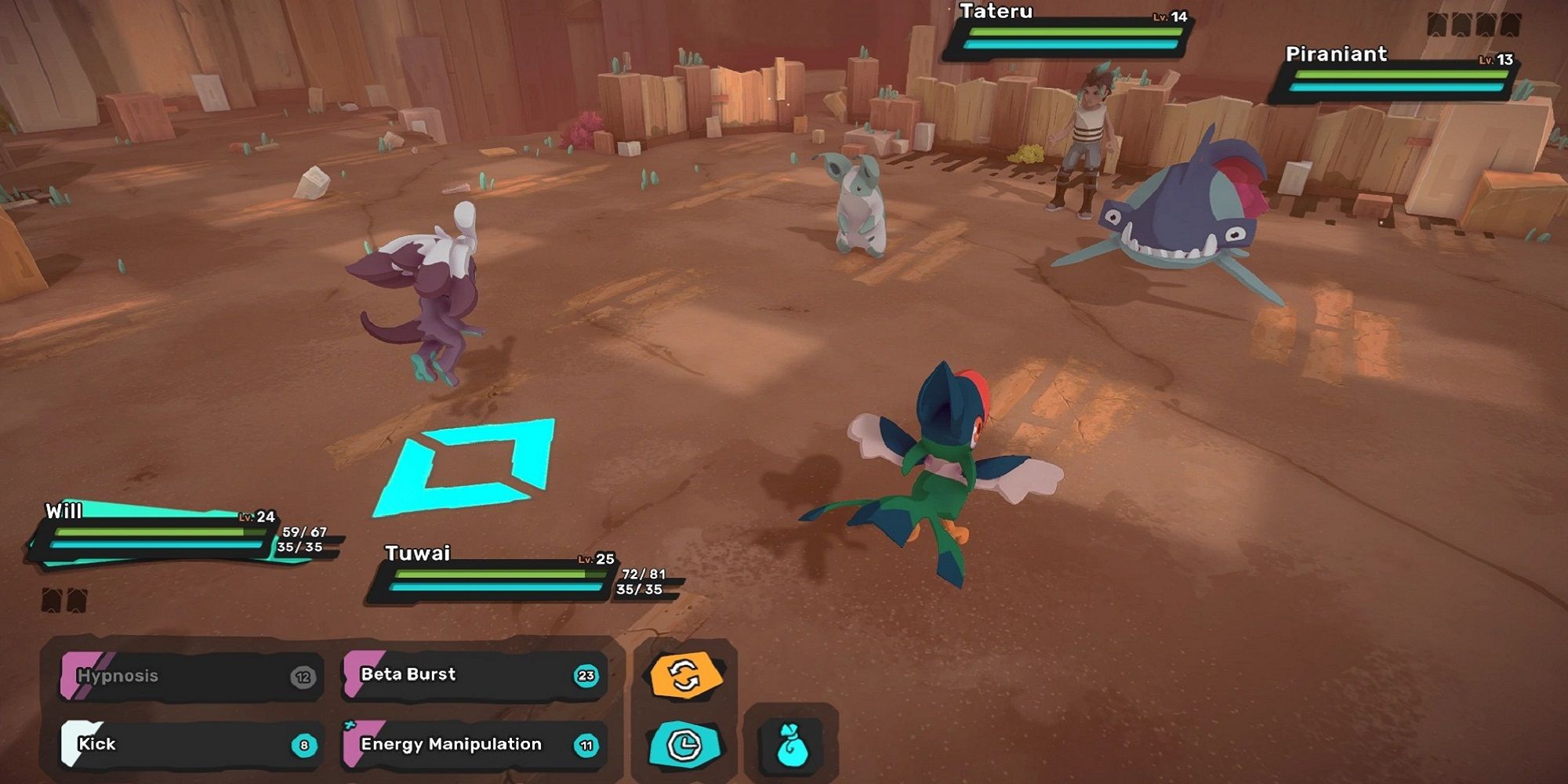 This is aided by the Stamina mechanic. Instead of each move having limited PP, which dictates the number of times you can use it, each Temtem has a Stamina bar which depletes as you use moves. More powerful moves cost more Stamina, you get the picture. However, instead of just switching to another, slightly less powerful move when Ember is out of PP, your Temtem cannot move at all when it runs out of Stamina. You can wait a turn to restore your Stamina, and it slowly replenishes over time anyway, but as a rule, you don’t want to run out.

If you think you can get an advantage though, you can purposefully overexert your Temtem, which fully depletes your Stamina and then takes the remaining energy from your HP. It’s a real all-or-nothing manouevre, but it adds yet another layer of complexity to these fights.

It’s hard to just out-heal your opponent, too. Potions – which are called Balms – are prohibitively expensive, so you can’t just stack up on them and hope for the best. I don’t ever remember having more than ten Balm+s (Super Potions) in my backpack, and I’ve beaten two Dojos at this point. Which brings me to another point: Dojo Masters are no pushovers, either. 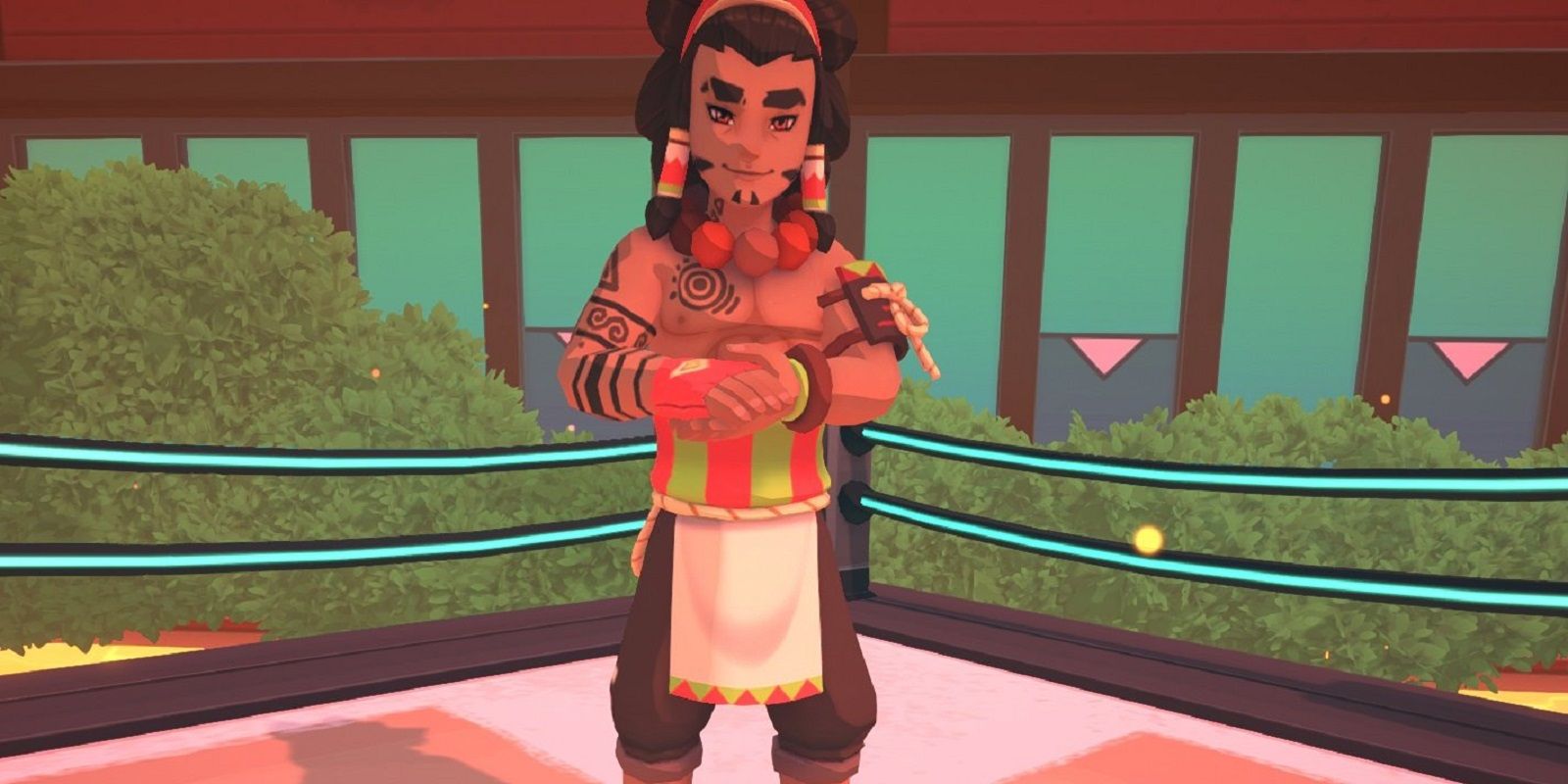 Rawiri, which I can only assume means I love you in Temtem, is the Fire-type Dojo Master. Simple, you think. I’ll take my Water-type Temtem into battle. Except old Rawri also carries two Grass-type Temtem on his team of six, for the sole purpose of one-shotting your cocky Saipat before it can lay its wet little paws on his beloved Fire-types. Want to heal up? Tough luck, you’ve got no cash left.

Wild Temtem battles are more complex than most Gym Leaders in Pokemon games – ROM hacks aside – and that’s largely down to the clever Stamina mechanic. It’s far more strategic than PP, which barely ever factors into Pokemon battles until you’re conserving Hydro Pumps in the Elite Four, and makes even the early routes more challenging. However, there are a number of factors in play that make these battles both more difficult and more riveting than their Pokemon counterparts.

Temtem battles are everything that Pokemon battles wished they were, with layers of strategy that Pokemon players only need to think about when they get to tournament level. There’s no way you can mash A through the opening routes of Temtem, and that makes for far more interesting battles.