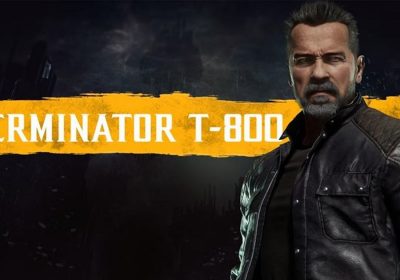 Terminator was released earlier this week on the Xbox One, PS4, PC and Switch versions ofMortal Kombat 11 , bringing the kombatant to the brutal franchise for the first time in its long history.

The character – who's in-game appearance is packed with references to the best Terminator film, Terminator 2 – is now live, and comes to the fighting title with a slew of quips and powerhouse moves.

But this is Mortal Kombat, and we know many of you only want to know one thing: how do you perform Terminator's fatalities? Having already made guides for Shang Tsung and Nightwolf, we couldn't break with tradition now. ( Update:Sindel, Joker and Spawn are available now, too).

His finishing moves are pretty…. impressive… so read on below if you want to know more. There's a fun reference to the datamined leaks from the first Kombat Pack in one of Terminator's 'Terminated' outro.

Back before the game came out, leakers discovered practically the whole list of characters due for release in Kombat Pack 1 thanks to in-game data spoiling the surprise.

Now, NetherRealm takes aim at that in a special list Terminator has during the outro – it even emulates the type of file name we saw in the leaks!

It reads as follows:

We could still see one of those characters appear in the next Kombat Pack (come on, Rain!) but Meat and Mokap…. we think it's unlikely.