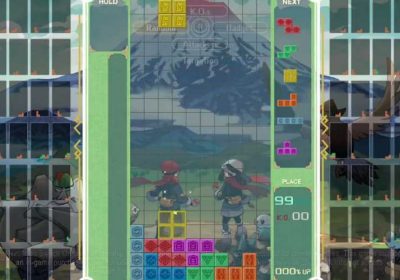 Tetris 99 will host its 28th Maximus Cup this weekend. The event will run from January 20 at 11 PM PT to January 24 at 10:59 PM PT. Players will have all weekend long to gather points to unlock a brand-new theme that celebrates the coming release of Pokemon Legends: Arceus.

As with every Maximus Cup, the higher you place in the Tetris battle royale game will give you more points. Coming in first grants 100 points, while coming second gives 50 and third grants 20 points. In previous Maximus Cups, the top 999 players receive a special reward, but this Maximus Cup will reward players with a new theme for getting 100 points or more.

The theme will feature new art, music, and Tetrimino designs inspired by the first open-world Pokemon game. Tetris 99 has held similar tie-in events in the past for WarioWare: Get it Together and The Legend of Zelda: Skyward Sword. Pokemon games have also taken part in crossover events with a theme for Sword & Shield available during the ninth Maximus Cup.

Pokemon Legends: Arceus arrives on January 28. You can take a look at 13 minutes of gameplay in last week’s trailer which also showcases all the cool new hairstyles that’ll be available to customize your character.