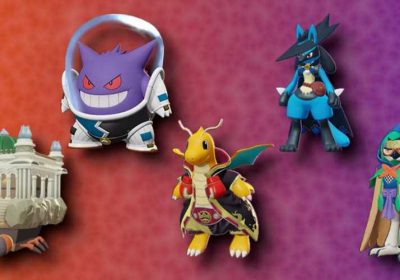 Every Pokemon in Pokemon Unite has Holowear skin options, but only a handful truly stand out as something special. These skins not only change the look of the Pokemon, but sometimes they also have other added bonuses, like new scoring animations, Unite move effects, or knock-out animations. We are going to take a look at the best Holowear skins in Pokemon Unite so your Pokemon can kick butt in style!

12 Gengar’s Space Style Is Out Of This World 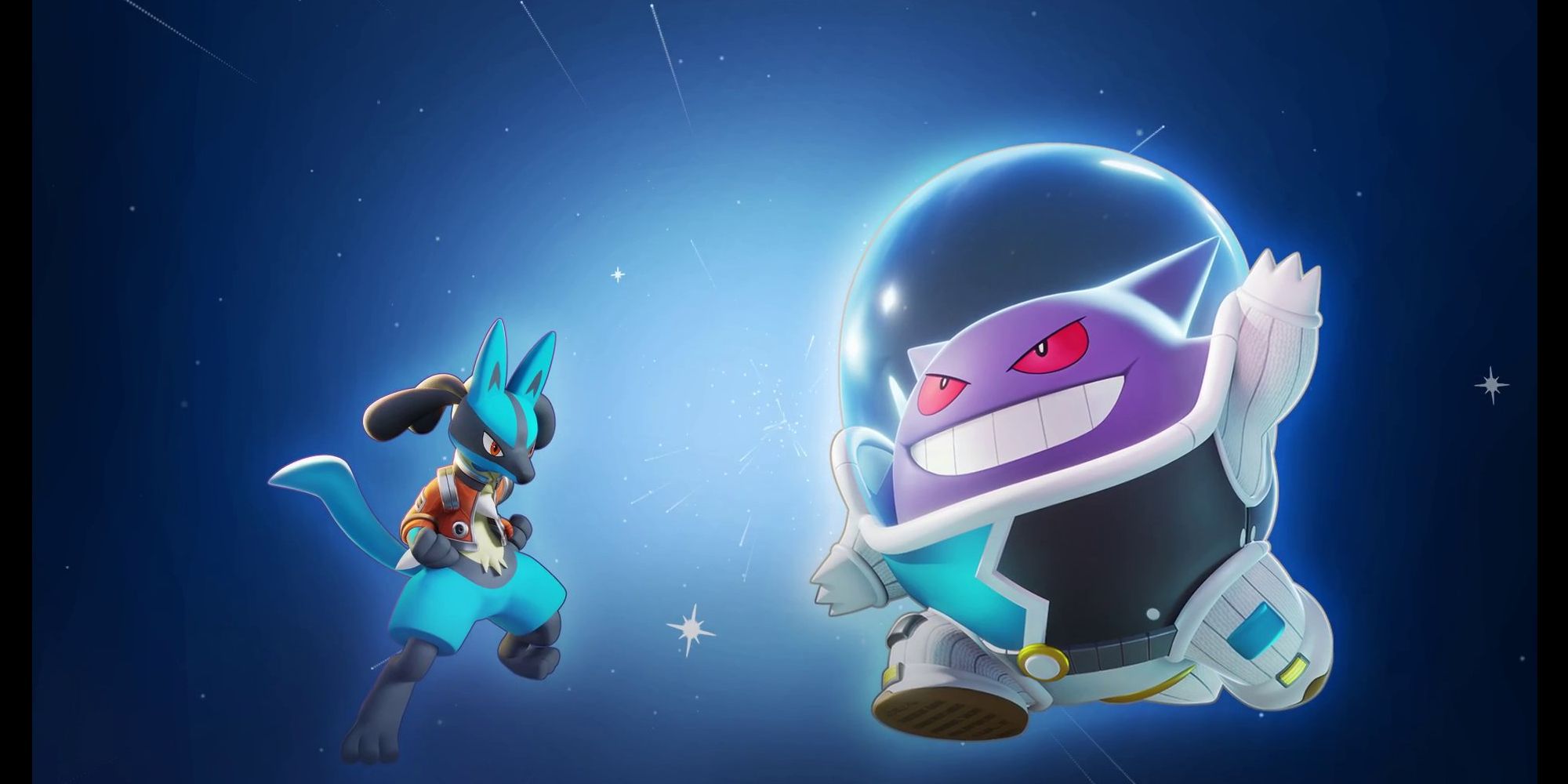 Not only does this space-themed Holoware skin turn Gengar into a cosmic horror creature, but it also changes the look of its Unite move.

Unfortunately, this Holowear is not currently available for purchase but that doesn’t necessarily mean that it will never be in the store again. In order to have acquired Gengar’s Space Style Holowear when it was released, you needed to have purchased the Season 2 Battle Pass. 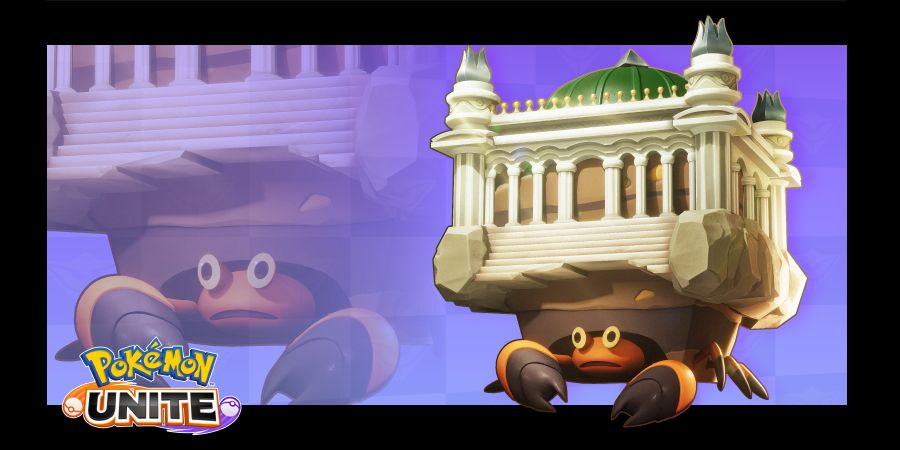 So, who doesn’t want a Pokemon with a giant castle on its back? There is only so much you can do with Crustle when it comes to Holowear, but Pokemon Unite nailed it with a shrine on his back. This Holowear gives a whole new meaning to the phrase "your body is a temple," because it literally turns Crustle's body into a temple.

This skin only appears when you have fully evolved into Crustle at level 4, but it does give you new audio and visual effects for your knock-out and movement. You can pick up Crustle’s Shrine Style Holowear right now in the store for 60 Holowear tickets. 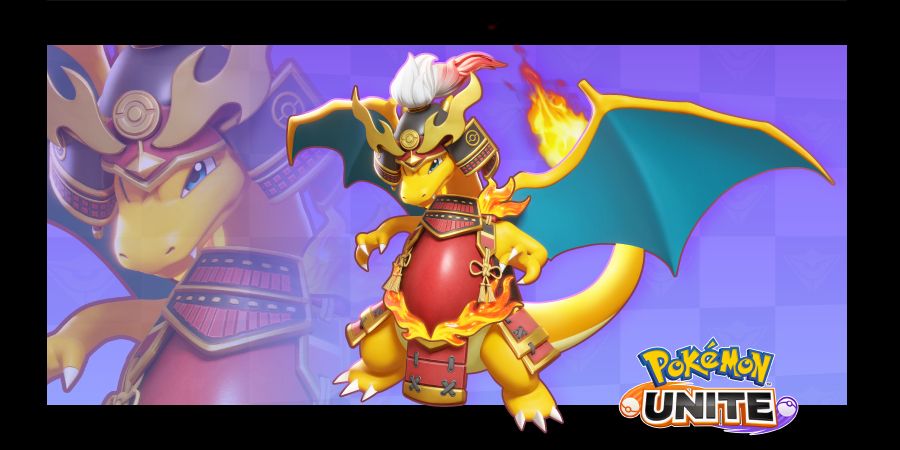 What is the only way to improve one of the most popular Pokemon of all time? Clad it samurai armor, of course. And that’s just what Pokemon Unite did to one of the franchise's most iconic creatures.

The Armor Style Holowear also gives you new audio and visual knock-out and movement effects. This isn’t considered a premium Holowear, so it is only visible once you evolve into Charizard at level 9. You can pick up the skin in the store for 1,200 gems. 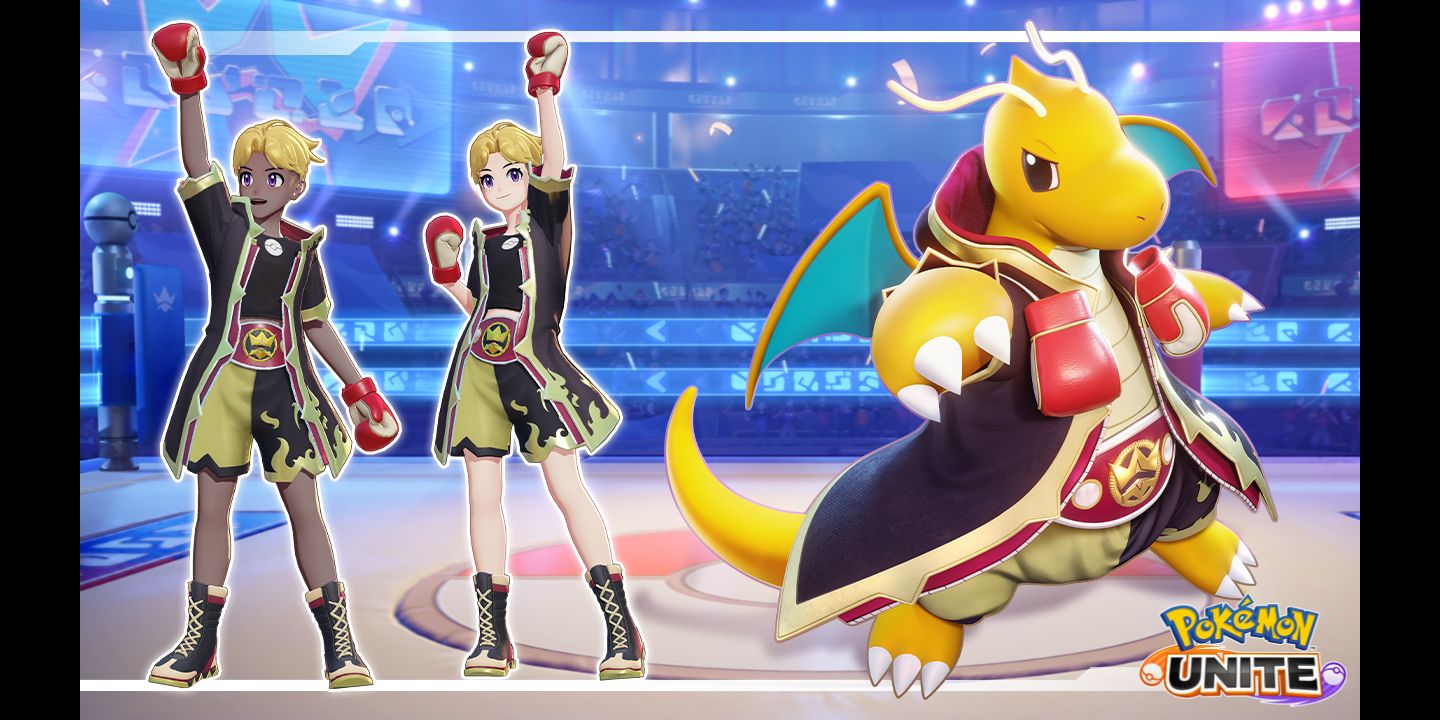 If you are looking to knock out your opponent in style, Dragonite's Boxer Style Holowear is a perfect choice to spruce up your first generation dragon Pokemon.

Dragonite's Boxer Style hooks you up with several new effects, including a new goal effect, return, knock-out, and movement effects. The Holowear outfit is visible on every evolution of Dragonite, so you can enjoy your purchase straight from level 1 as Dratini through to your final evolution into Dragonite. The only way you can purchase this styling-looking Holowear is by picking up the Season 8 Battle Pass. 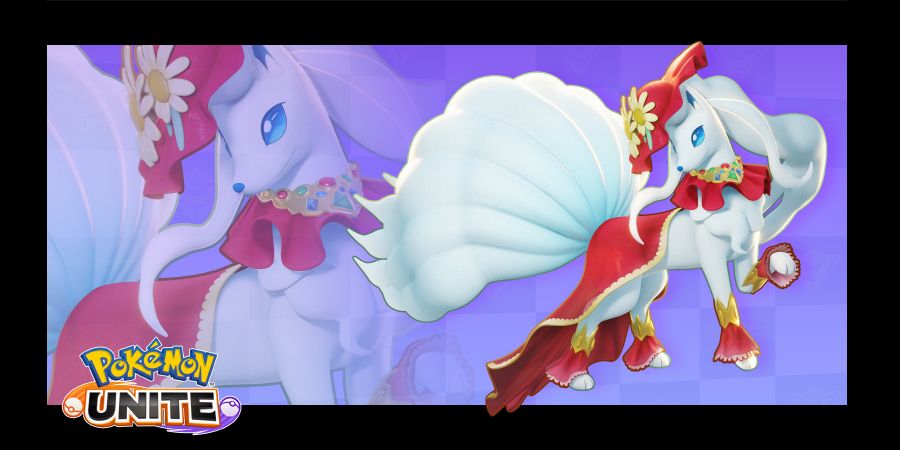 Alolan Ninetales' Theater Style Holowear is definitely a showstopper. This skin is one of three that are available to Alolan Ninetales and despite it not being a premium Holowear outfit, it honestly is the Pokemon's best looking. The hat, cape, and neck and ankle ruffles give Ninetales the look that it's heading out for a night of classical theater.

Theater Style Holowear comes with a new movement animation that really compliments the outfit. However, the Holowear isn't visible until Alolan Vulpix evloves into Ninetales at level 4. It can be purchased for 1,050 Aeos Gems in the store. 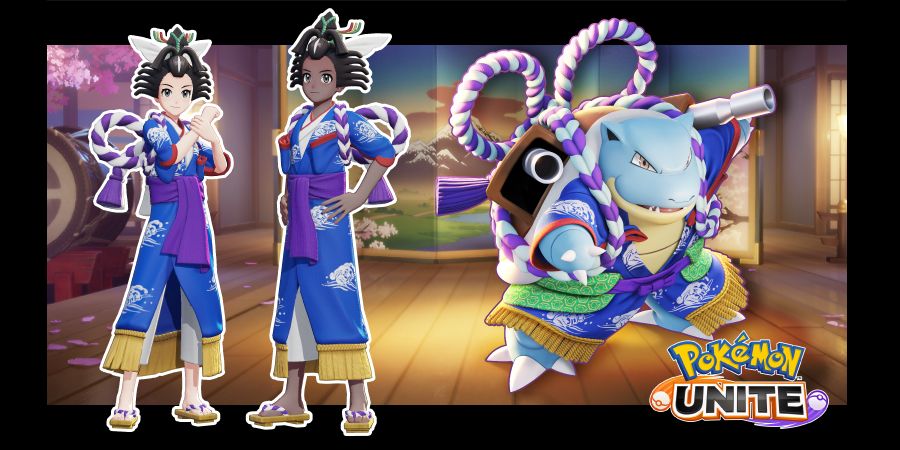 The Pokebuki Style Holowear outfits are generally a step above the rest, partially because they usually include new particle effects, but also because all of them are just really well done with a lot of attention to detail.

This Holowear changes up Blastoise's effects including his Unite move, goal scoring, return, KO, and movement. This Holowear was only available through the Season 7 Battle Pass.

6 Decidueye Ninja Style Will Make You Flip Out 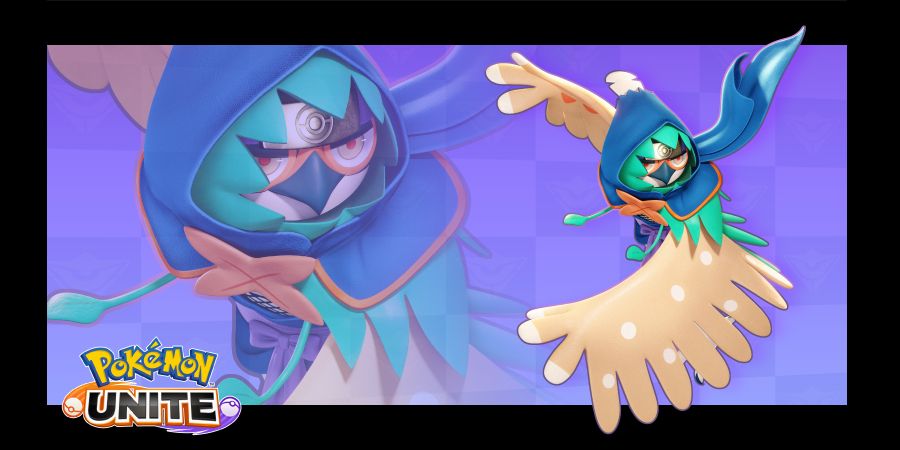 Decidueye already has a pretty cool look before it puts on Holowear, so when it throws on a ninja outfit, he becomes even more of a looker. All of Decidueye's Holowear skin look pretty similar to its original appearance, except for Ninja Style because it adds a hood to its already hooded head, and who doesn't love the double hoodie?

You can pick up Decidueye's Ninja Style Holowear for 2,499 Aeos Gems in the store. This Holowear includes a new goal, return, KO, and movement effects. 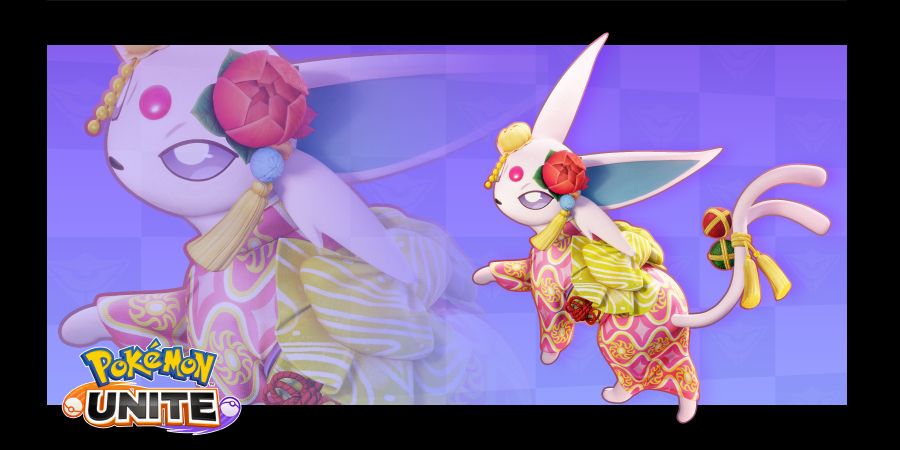 Another Pokebuki Holowear makes the list with Espeon's beautiful outfit. This is another example of the excellent level of detail put into these types of outfits. If you are an Espeon main, you are doing yourself a disservice by entering the battle arena without it.

In addition to a fantastic new look for your Espeon, you also get a new goal, return, KO, and movement effects. You can pick up the Espeon Pokebuki Style Holowear in the store for 2,499 Aeos Gems. 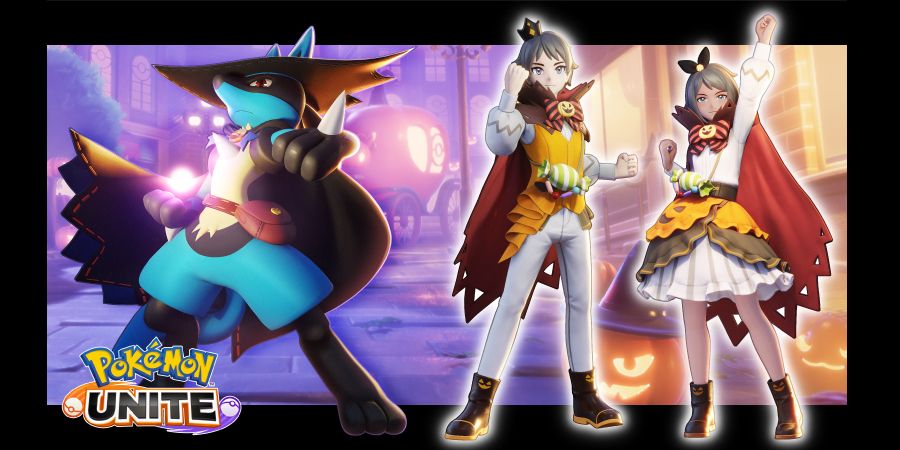 Lucario is one of those Pokemon that is very polarizing. You either love it or hate it, not many people fall in between. So, if you are one of those who love Lucario, you can put it in a costume to hide it from the haters. 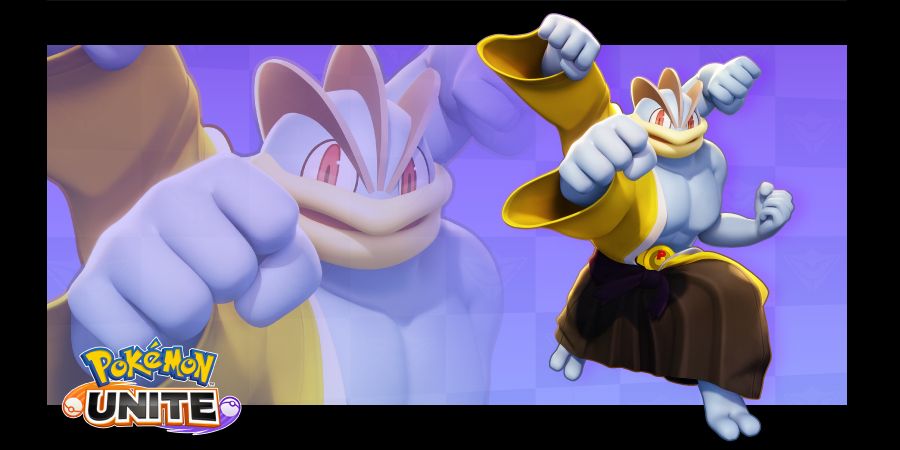 Move over Karate Kid because Machamp's Adept Style Holowear is every sensei's dream. This Holowear is one of Machamp's many looks, but this is the only one that really adds a nice level of detail to the Pokemon. Plus it's Machamp's only Holowear that changes multiple effects.

Machamp Adept Style hooks you up with a new Unite move effect, goal effect, return effect, KO effect, and a different movement effect. You can pick it up in the store for 2,499 Aeos Gems right now. 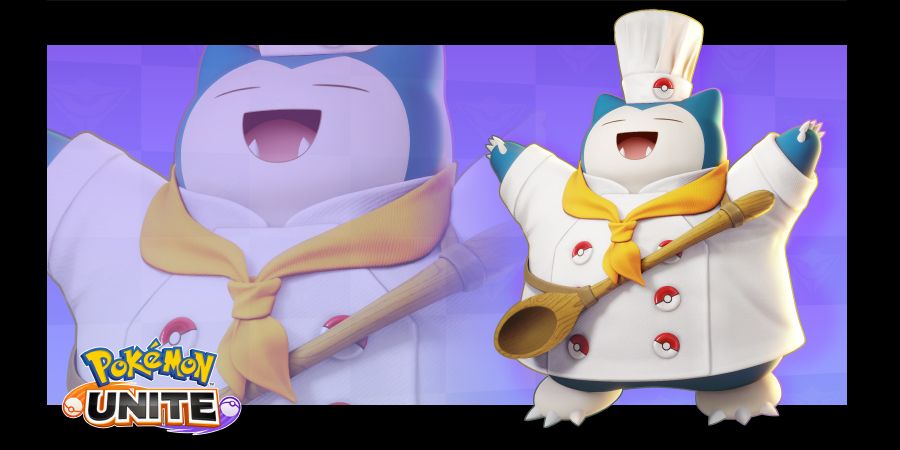 It's not a stretch to say that there is a pretty solid chance that most Pokemon fans have Snorlax in their top ten when it comes to their favorite pocket monsters. So, including its Cook Style Holowear in the list is an obvious choice. This adorable and quite fitting outfit features a chef's hat and coat with Pokeball buttons and a huge spoon strapped across Snorlax's chest. 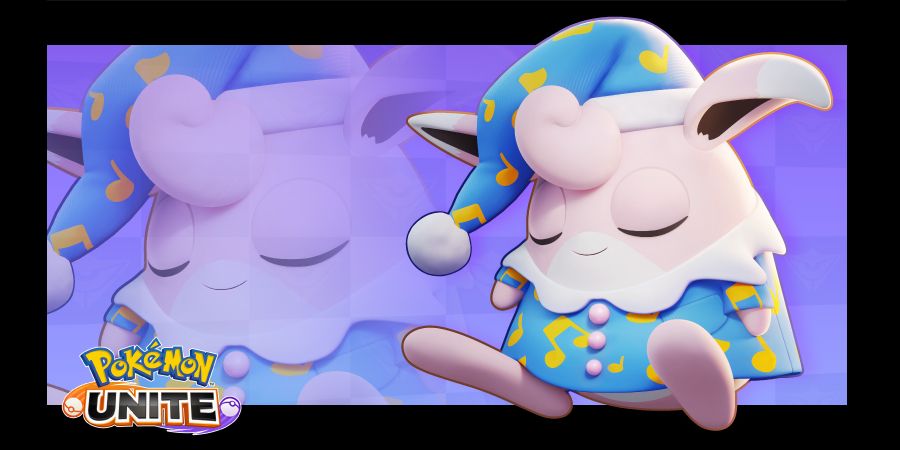 Sure, Wigglytuff is already adorable, but when you put it in pajamas, the cuteness factor grows exponentially. How can you not love a little nightcap covered in musical notes with a little puff ball at the end?

All of Wigglytuff's Holowear outfits are pretty gorgeous, but Bedtime Style is just a step above the rest. It also includes two new effects, changing Wigglytuff's movement and KO effects. You can pick it up in the store for 1,050 Aeos Gems. 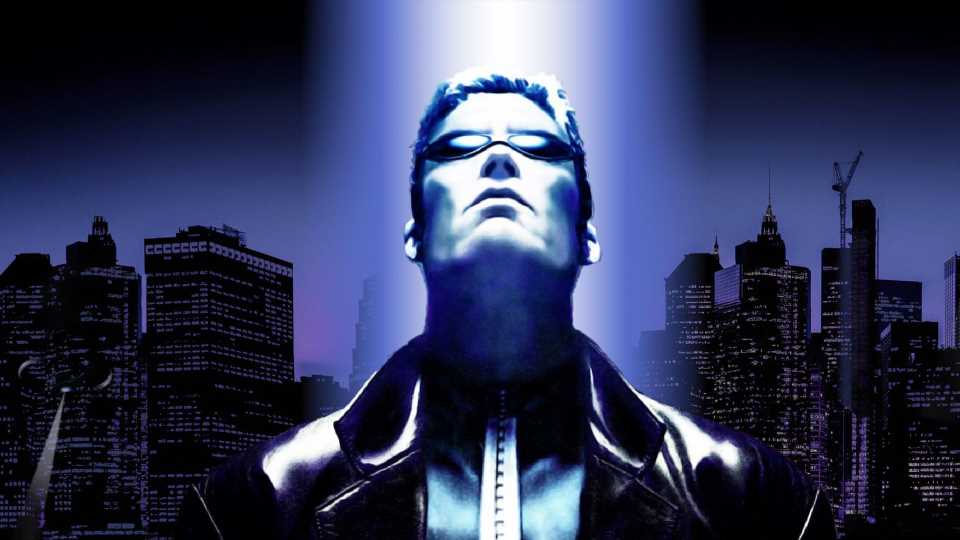 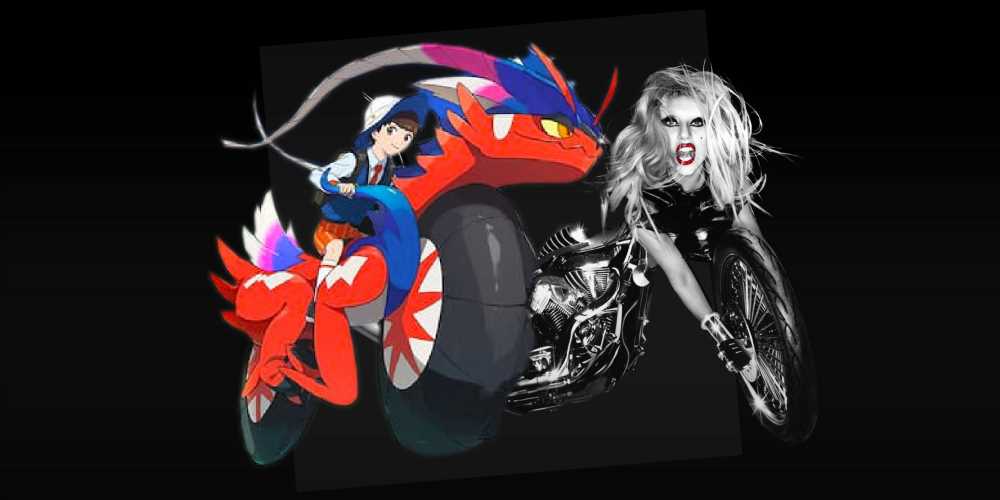 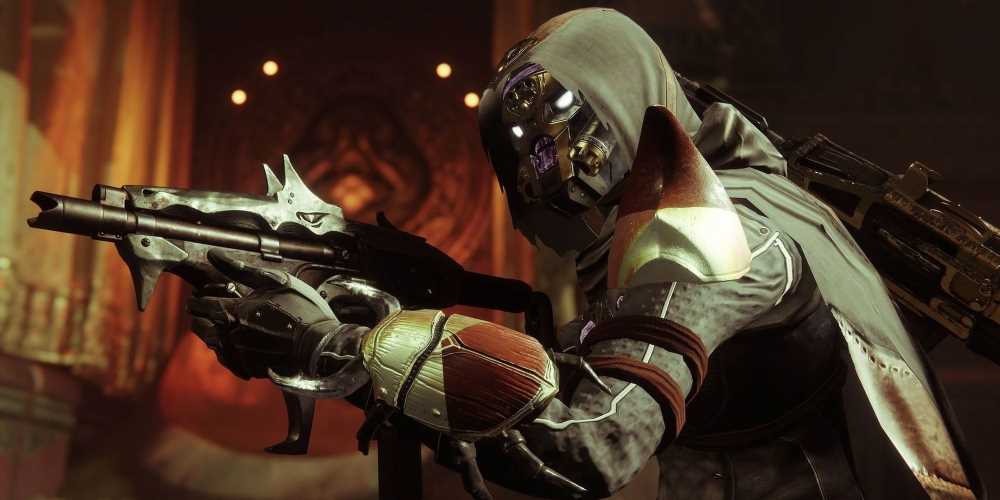