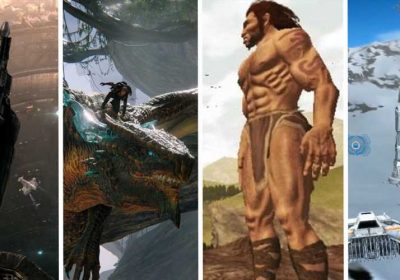 Over the years, there have been many games that were finished, or nearly finished, but for some reason were never released. Some of these games were highly anticipated, with gamers eager to purchase them on the day of release. The common reasons for many of these unreleased games stem from delays in development, the unwillingness of developers, or the game itself being a bit controversial.

Even though these games were never given an official release, many of them can be played through emulation. Here, you can find some unfinished games that many people around the world were still excited about.

Updated November 17, 2022 by Jacqueline Zalace: We've updated this list with even more games that were left unfinished, as well as refreshed the formatting to ease your time reading. 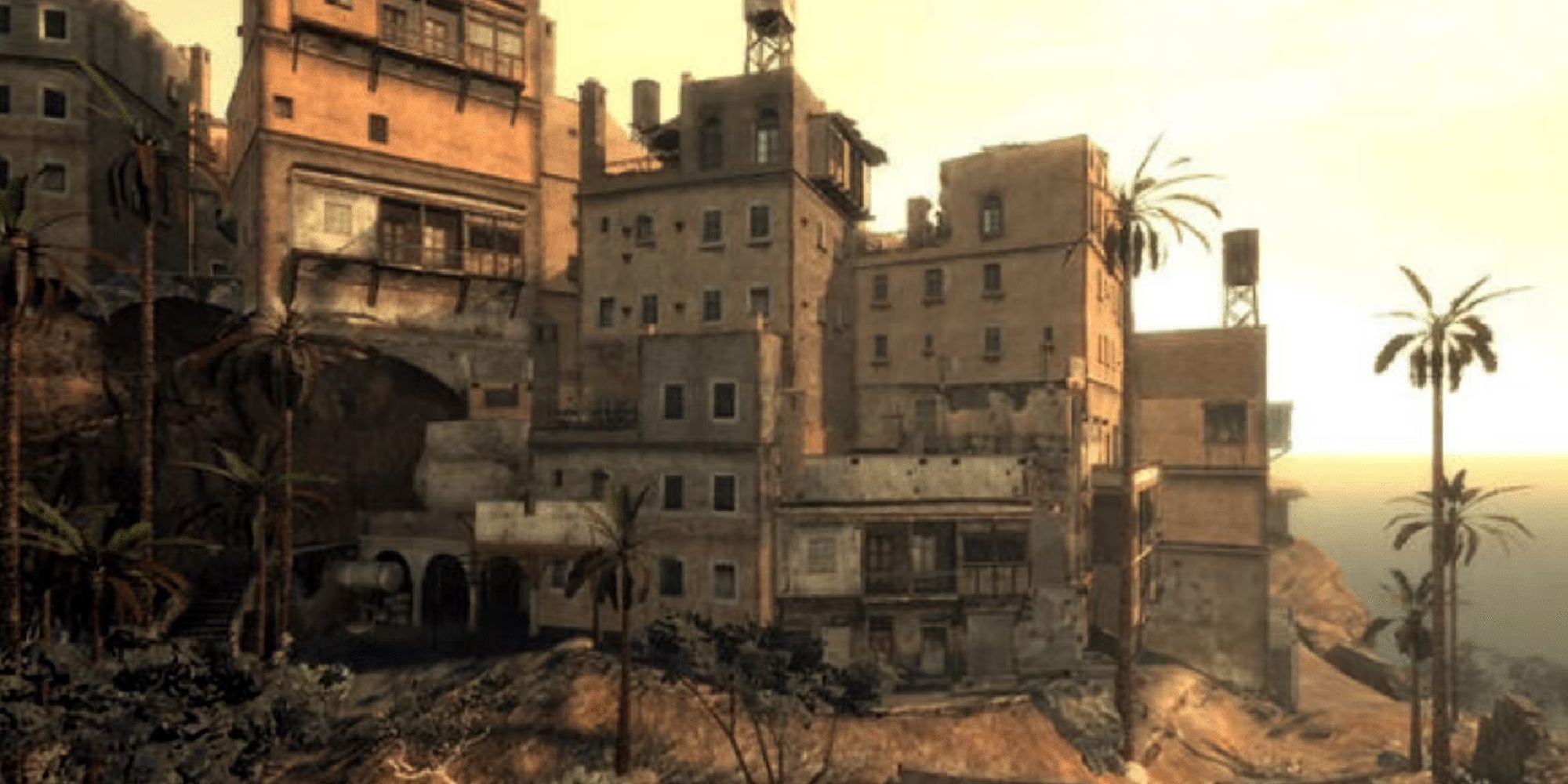 This was going to be a AAA game from Rockstar Games for the PS3. Development for Agent began in 2007, and it wasn’t until 2018 that the hopes for its release were finally crushed when the trademark was abandoned. The game was apparently going to be a spy thriller set toward the end of the Cold War in the 1970s.

Sony and Rockstar both hyped this game, describing it as “genre defining” and stating that it will “set the bar for the rest of the industry”. After all that time and hype, all we have is a handful of screenshots. 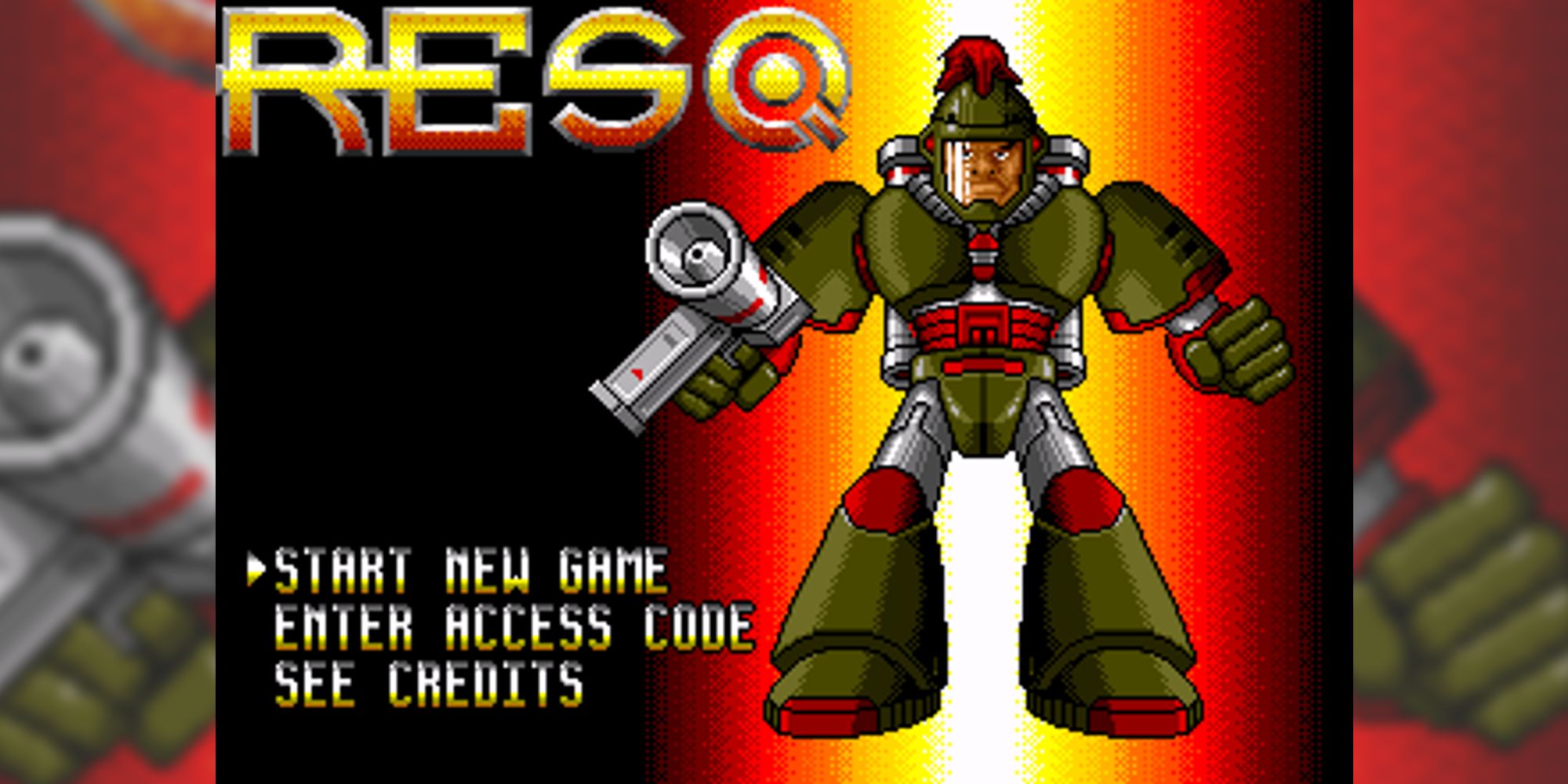 We’re going way back for this one. ResQ was set to be released for the Sega Genesis in 1994, and was 100 percent complete when it was canceled. The game puts the player in control of a soldier who is trying to rescue miners in a network of caves.

In the game, you have a flying vehicle that can be exited to explore on foot; much like the classic Blaster Master for the NES. Overall, your goal was to escort rescued miners back to the vehicle to advance. Between stages, there were even 3D flying levels that were clearly inspired by Star Fox. 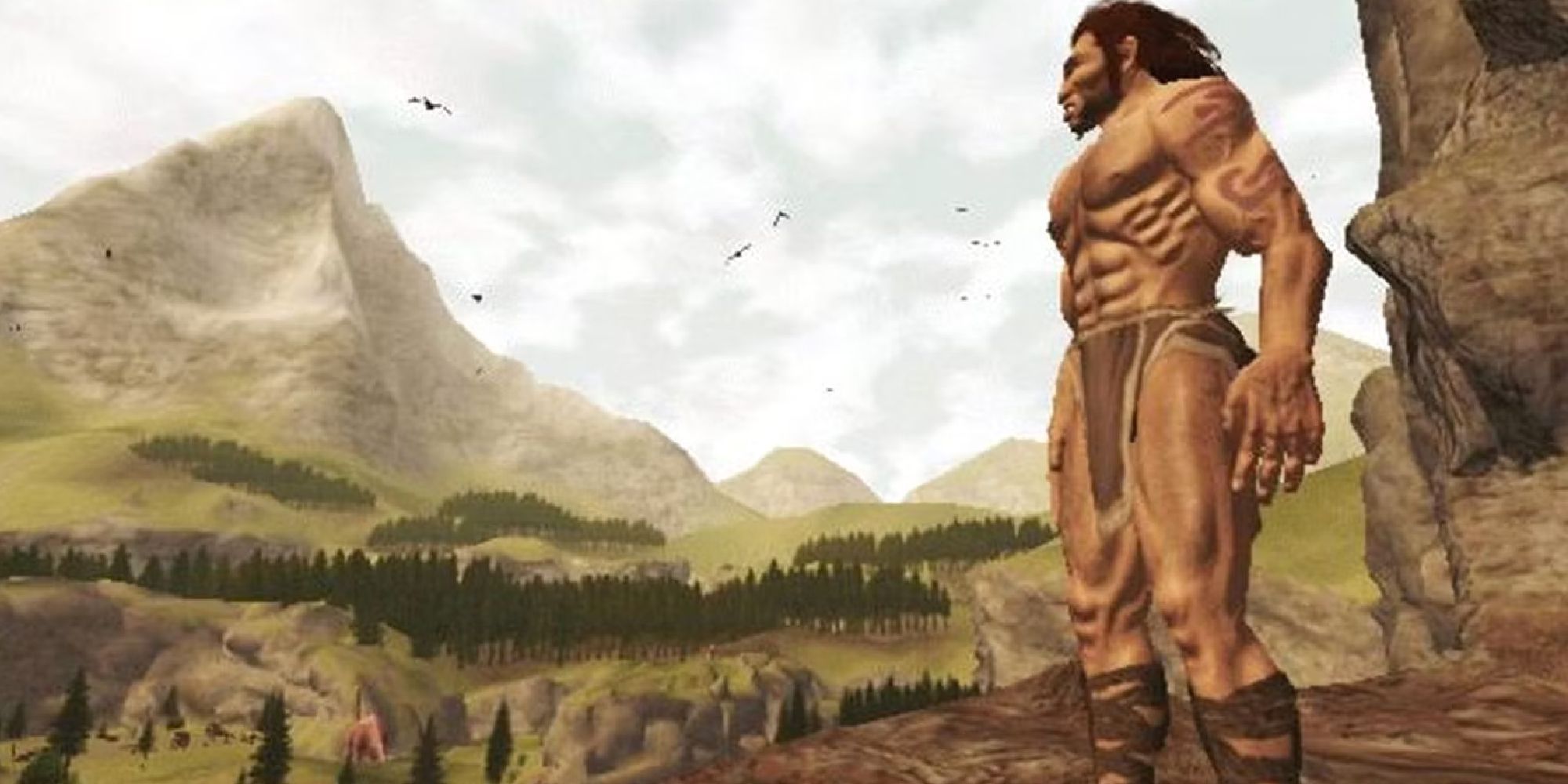 This unreleased game was developed by Peter Molyneux’s Lionhead Studios. From screenshots, it appears to be nearly complete, but the game was canceled so the company could focus on the Fable games. The game puts you in the role of a caveman that is trying to survive in a world filled with dinosaurs.

Two supposed features of the game were a fully fleshed-out food chain and environments that could be changed. Don’t like that forest? Then start a forest fire to clear it. Want to rid the threat of a certain type of dinosaur from the game world? Get rid of that dinosaur's preferred food source. 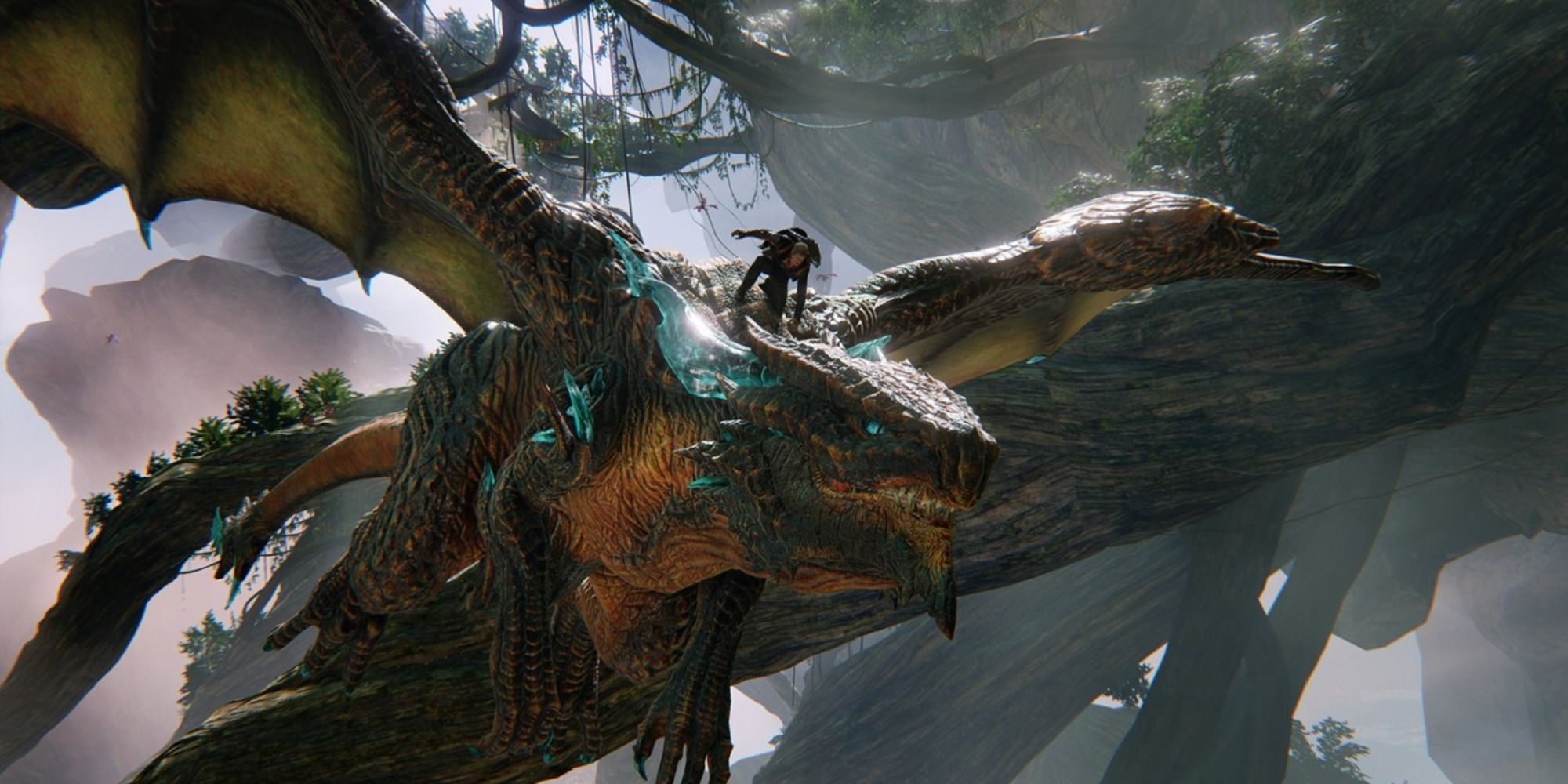 Out of the games on this list, Scalebound's cancelation is the title that most gamers were disappointed about. This game was going to be developed by Platinum Studios; who are known for making quality games. From the screenshots and promotional videos it looked like it was going to be an extremely fun and visually impressive game.

In Scalebound, you would have controlled a young man named Drew who is bound to a dragon named Thuban. While playing you would have been able to take direct control of Thuban to attack enemies; to get from place to place, you could even hop on Thuban's back and fly to your destination. 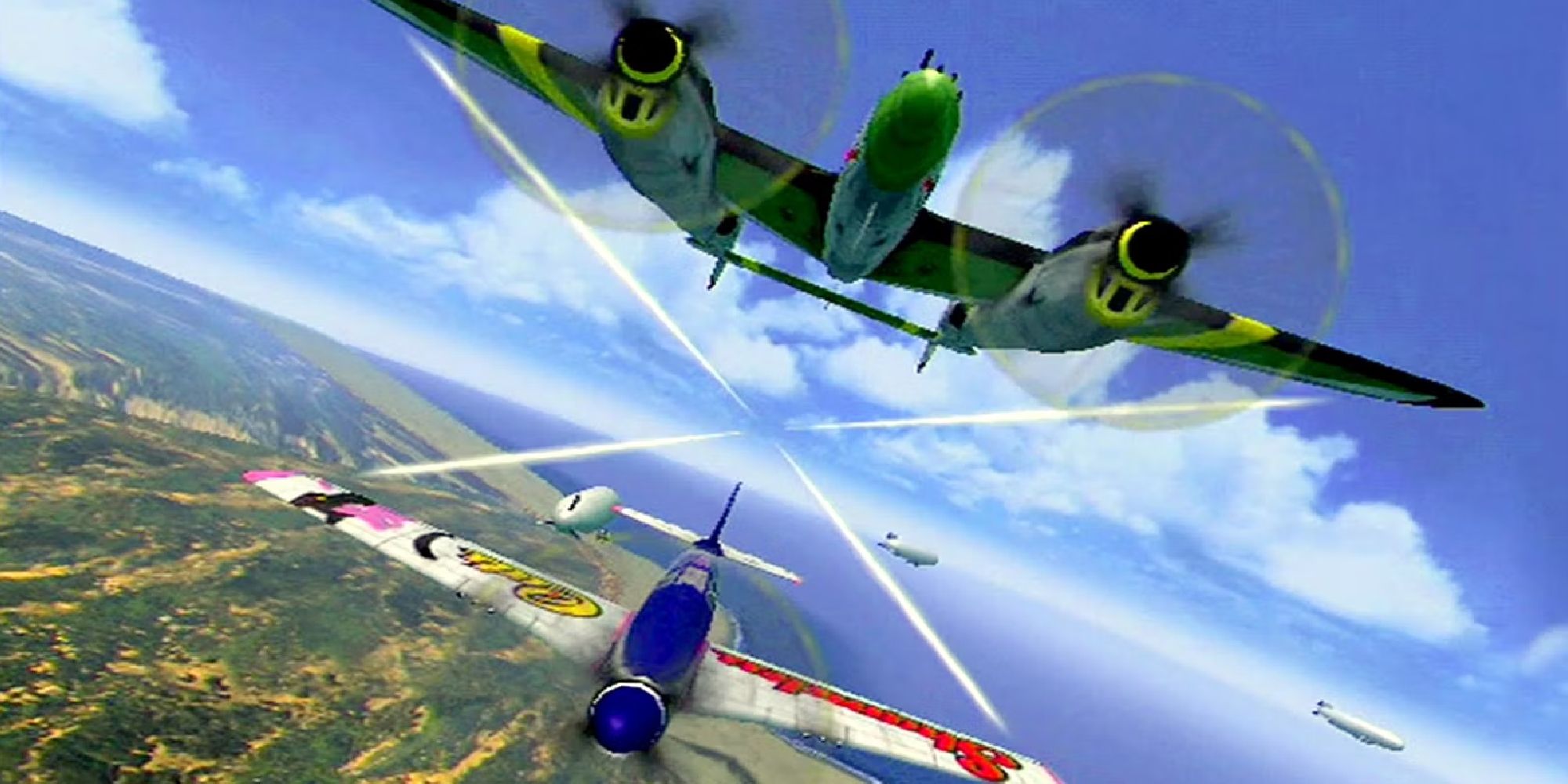 This was an arcade-style combat/flight sim being developed by Sega for the Dreamcast. The game allowed you to choose from four World War II-style fighter planes and a roster of eight pilots. Propeller Arena looks fantastic for a game that is almost twenty years old and really shows off what the Dreamcast was capable of.

The game was canceled because of the 9/11 terrorist attacks; Sega thought releasing a flying/combat game so close to the attacks would be perceived as insensitive. Fortunately, the disc image was released years ago if you want to play it through emulation. 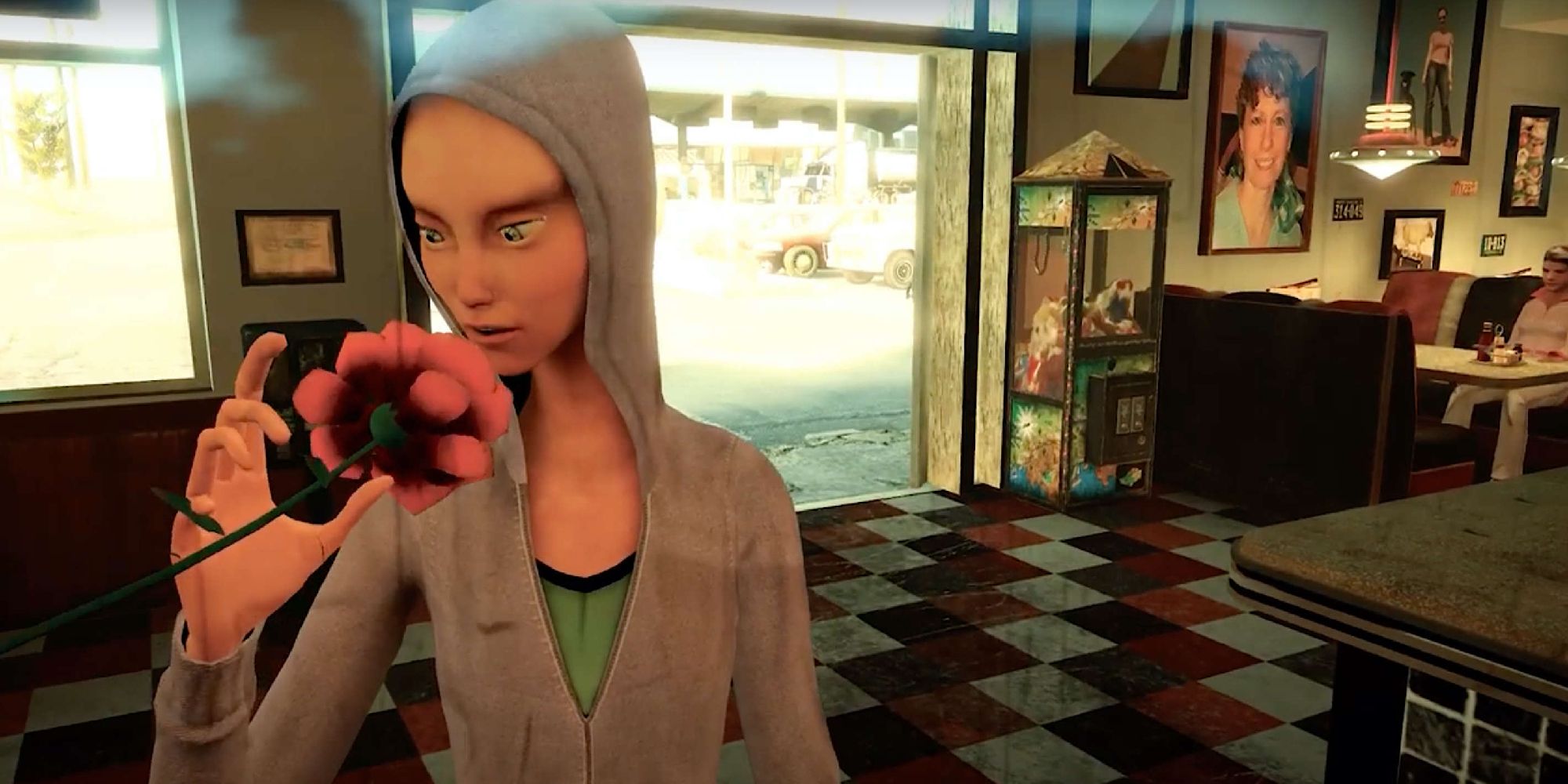 This was going to be an interesting game that even included Steven Spielberg on the development team. LMNO was supposedly going to be a game that’s aim was to elicit an emotional response from the player. Additionally, it was going to incorporate parkour and role-playing elements into the gameplay and storyline.

From what we can tell, it seems like the game was going to focus on trying to keep the protagonist’s extraterrestrial girlfriend Eve safe, and would include many instances of making exciting escapes. Unfortunately, there was no reason given for LMNO’s cancelation. 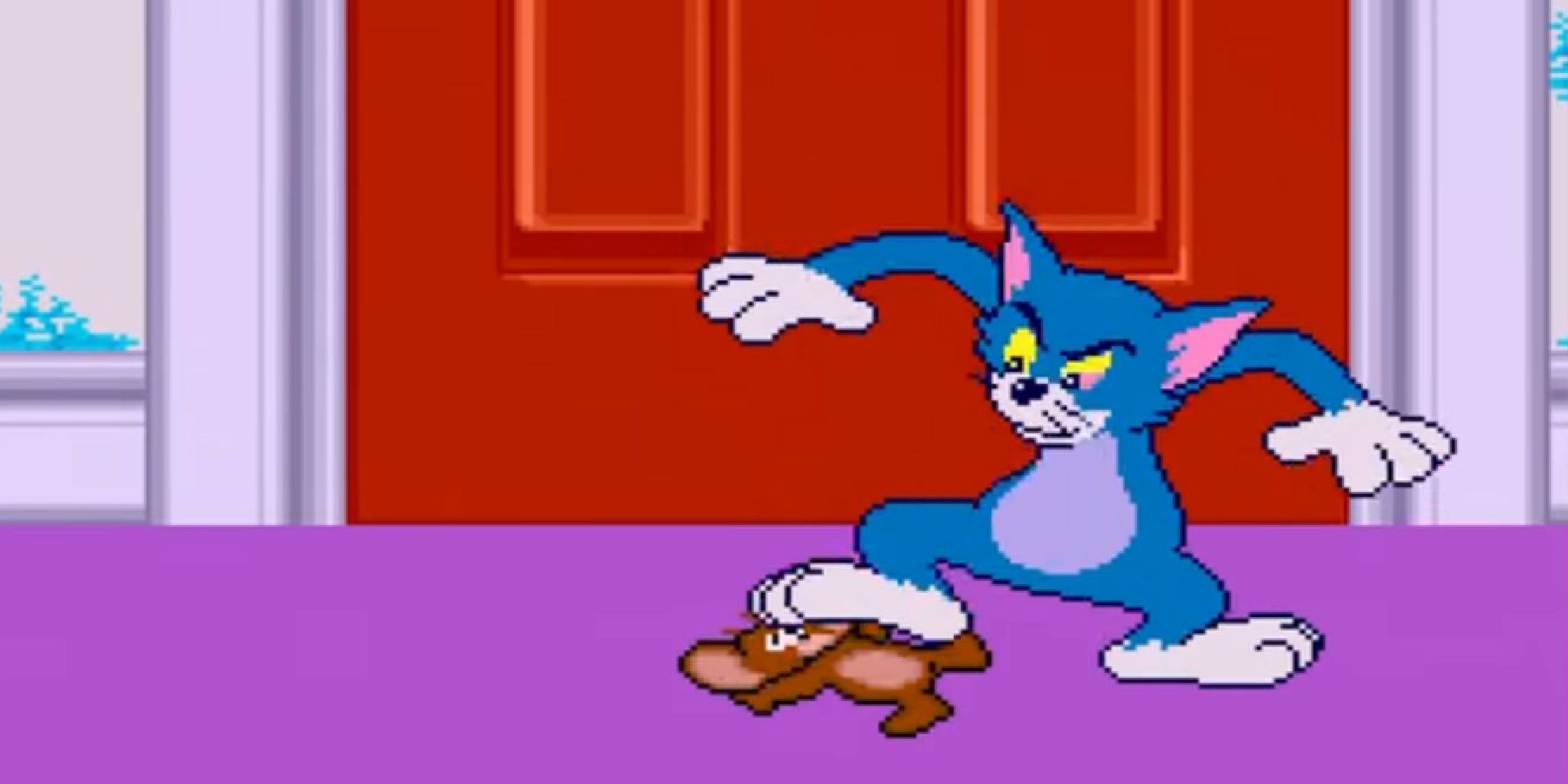 This was an unreleased game for the Super Nintendo that had great character animations and large, detailed sprites. The game is, of course, based on the classic cartoon series Tom and Jerry. Many of the animations for Tom and Jerry were even taken directly from the cartoons.

in the game, you control Jerry with the goal of collecting cheese and avoiding Tom. There are traps set up throughout the levels that you can lure Tom into – with hilarious results. Tom Vs, Jerry was nearly finished when it was canceled, and the unfinished ROM can be played through emulation if you want to give it a try. 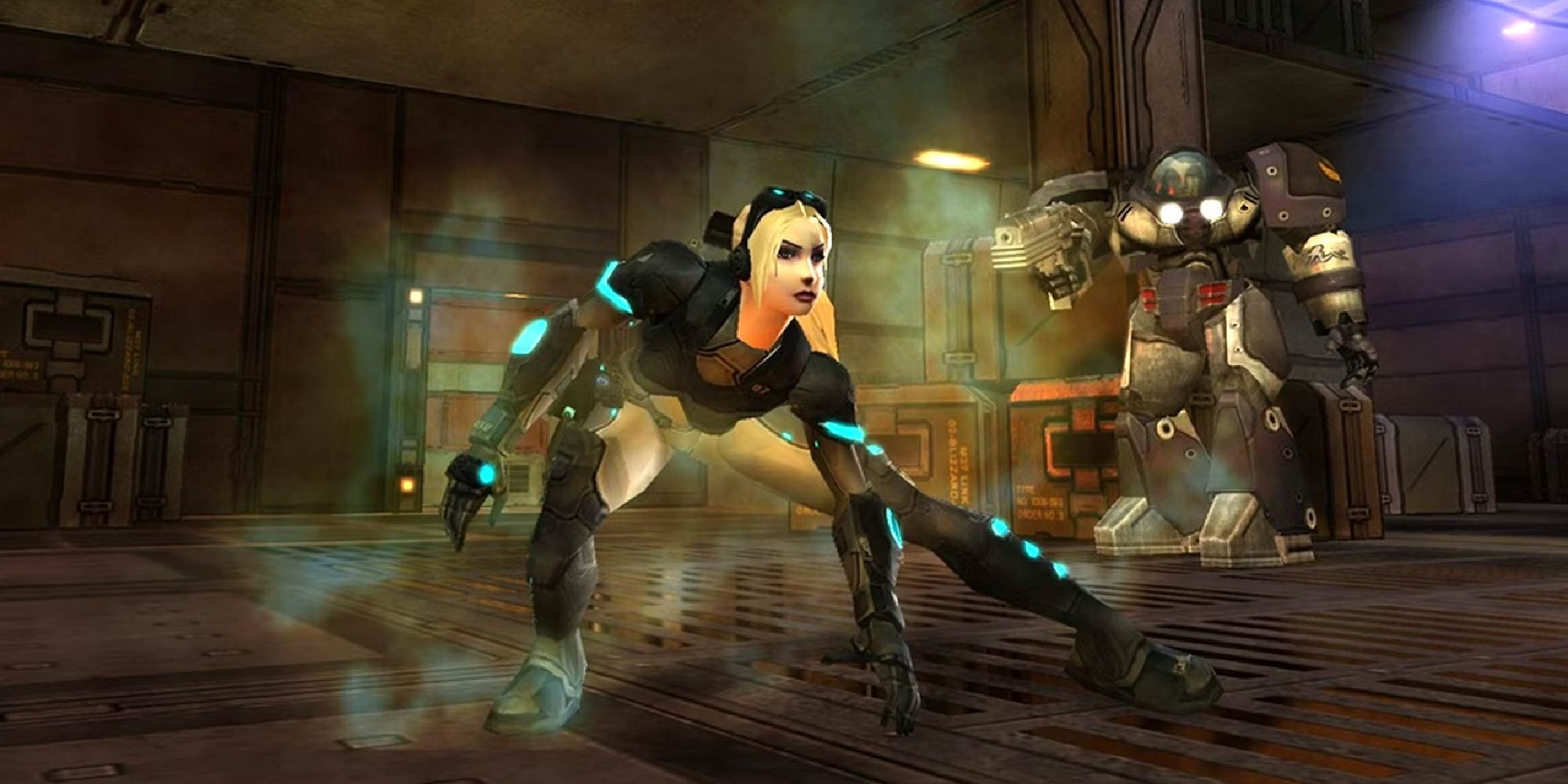 Ghost was going to be a third-person shooter set in Blizzard’s Starcraft universe. You would control a ghost soldier who specialized in stealth, complete with a personal cloaking device. The game was going to feature both a single-player campaign mode and multiplayer death matches.

Visually, the game looks great for a PS2/Xbox title. Ghost was apparently canceled because the PS3 and Xbox 360 were set to be released toward the end of the game’s development, and Blizzard didn’t want to invest company resources into updating the game for the new consoles. It’s a shame – this game looked like it was going to be seriously fun. 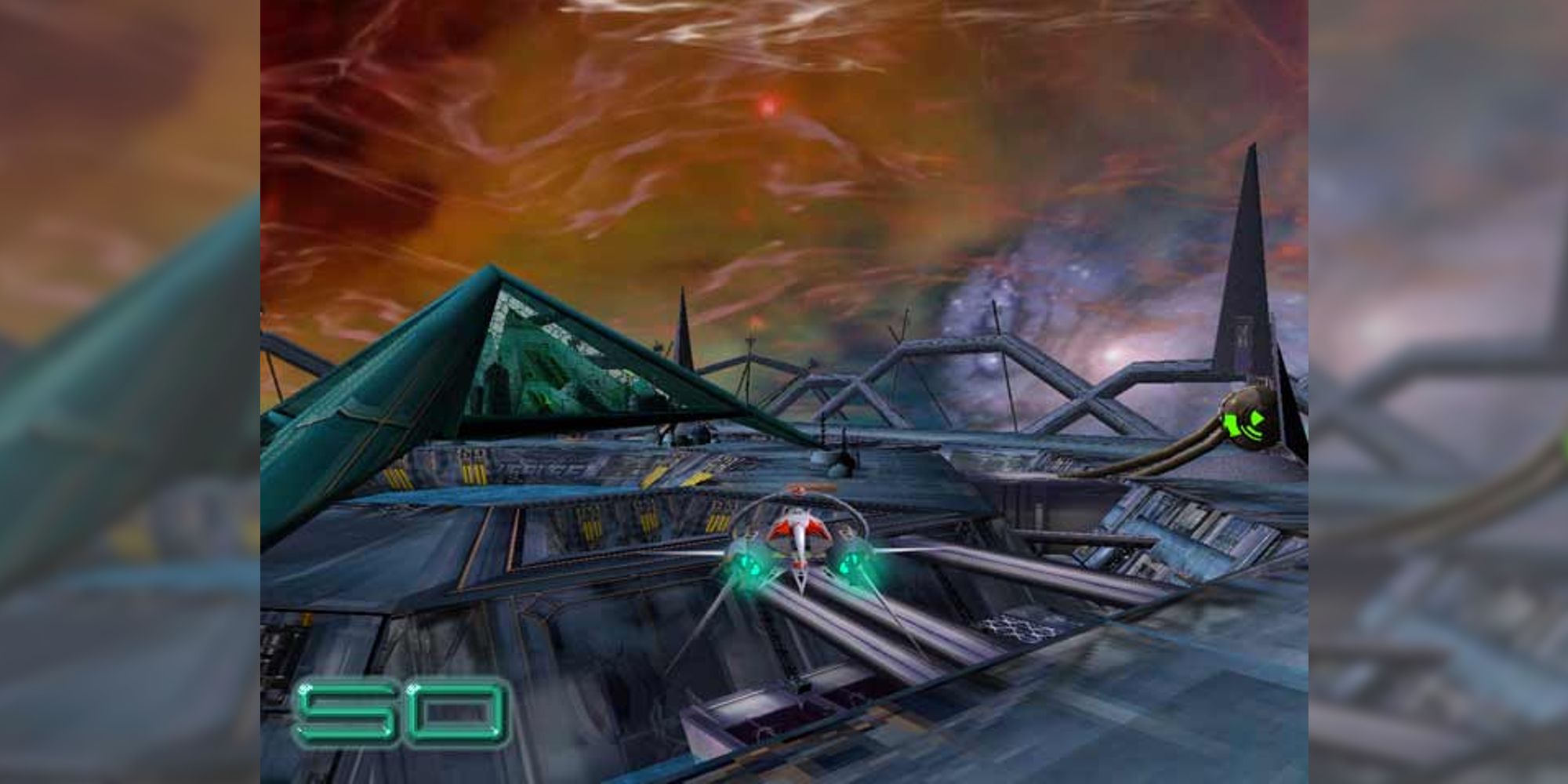 Geist Force was going to be Sega’s answer to Nintendo’s Star Fox franchise. The game looks and plays very similar to Star Fox 64; being a rail-shooter with a third-person perspective. It was being developed for Sega’s Dreamcast console, but was canceled due to the developer, Netter Digital, missing several deadlines.

It’s a shame because Geist Force looks like it would have been a fun alternative to the Star Fox games. Like many Dreamcast games, the graphics were impressive and way ahead of their time. It is unlikely this game will ever be completed and released because Netter Digital is no longer in business, and Sega has expressed no interest in reviving Geist Force. 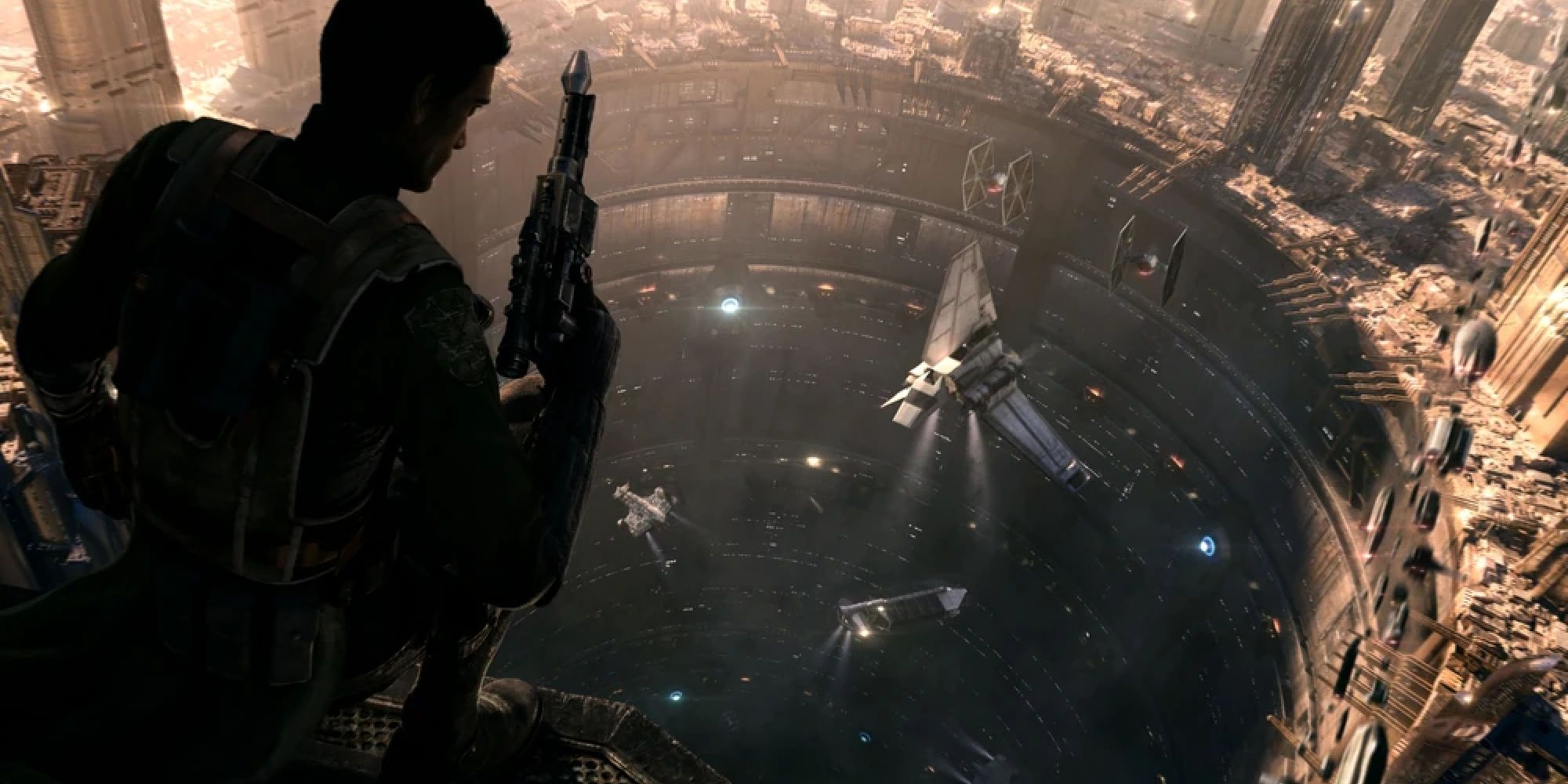 Star Wars 1313 was going to give the players the opportunity to play as the intergalactic bounty hunter Boba Fett. The available screenshots and videos of 1313 made the game look incredibly promising. From what was shown, Star Wars 1313 takes place in the seedy underbelly of Coruscant.

When Disney purchased Lucasfilm they closed LucasArts and canceled all projects currently in development – including Star Wars 1313. The good news is that Disney has expressed interest in reviving the game due to relentless pleading from Star Wars fans, but it's currently on indefinite hold. 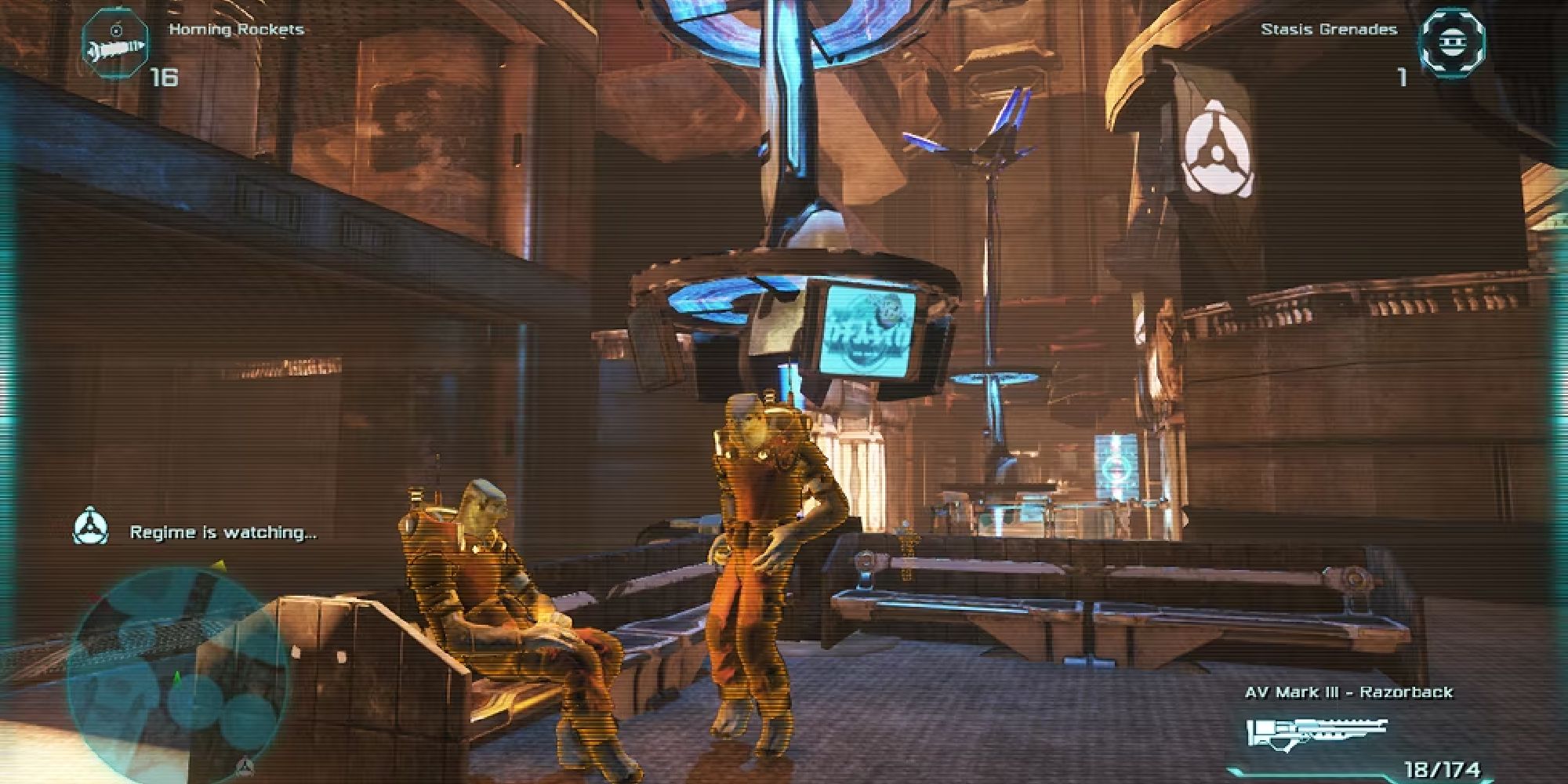 Prey 2 was the canceled sequel to the original Prey game, published in 2006 by Bethesda. Existing screenshots of the game looked amazing, but Bethesda explained that the game just wasn't up to their standards.

It seems that Prey 2 wasn't meeting the standards of developers, which ultimately lead to its cancelation. Instead, the original Prey game received a 2017 reboot. 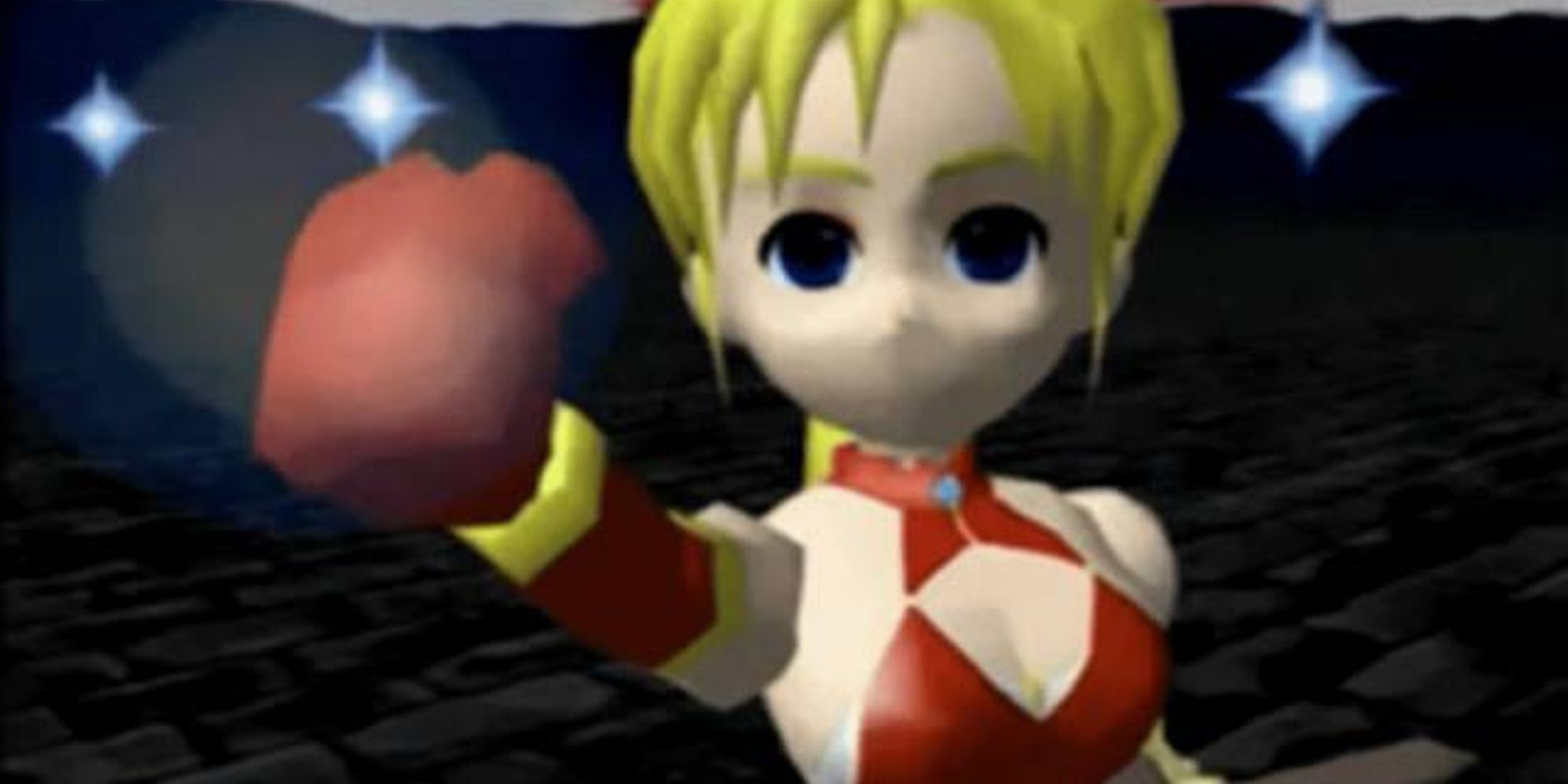 Final Fantasy VI: The Interactive CG Game, also called Final Fantasy 64, was a demo released by Square in 1995. This entry is a bit different than others on our list. Rather than being a game, Final Fantasy 64 was just a short demonstration, showcasing the new technology and graphics of the company. 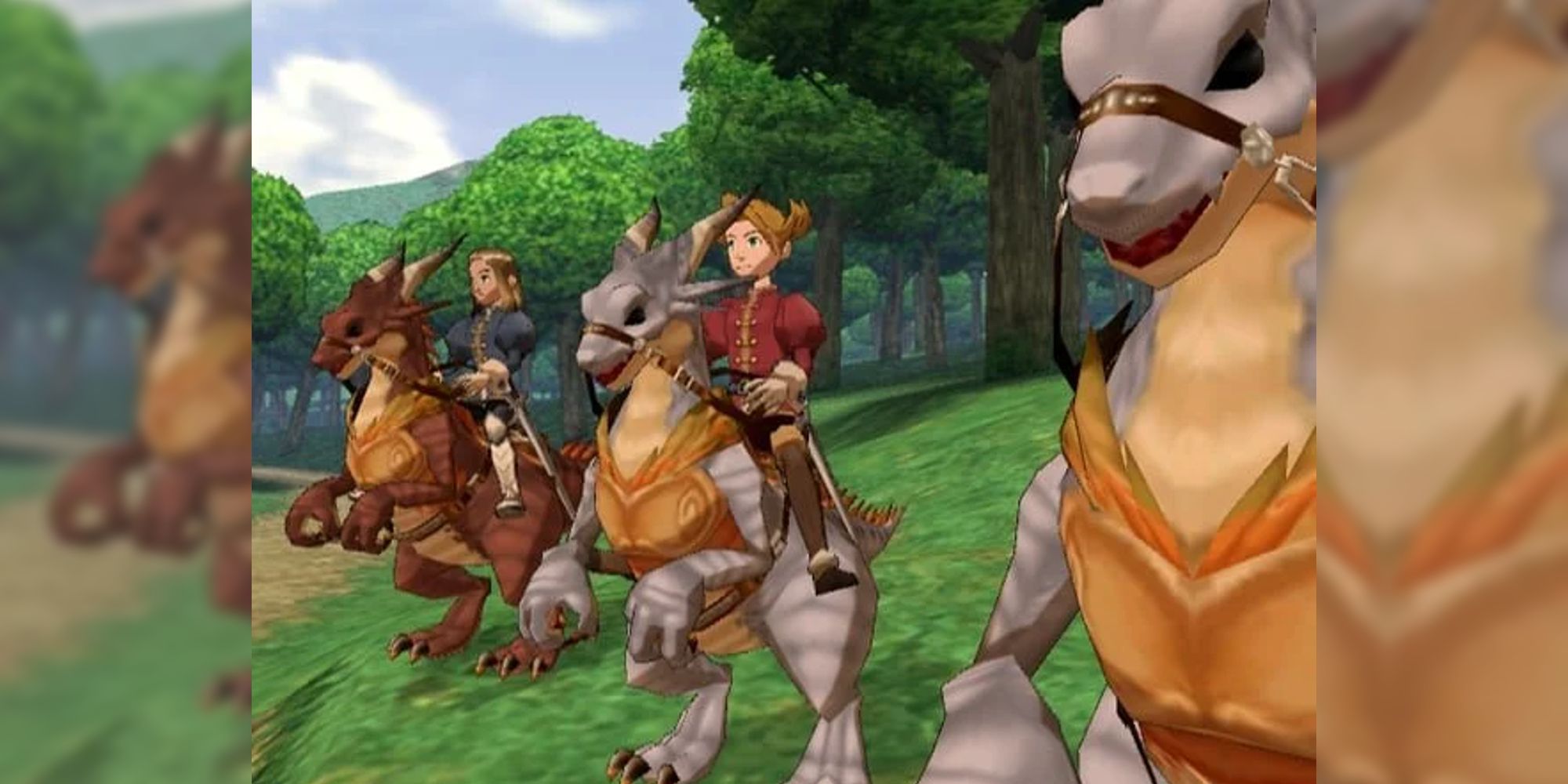 These issues stemmed from the relationship between the developer, Level-5, and Microsoft, who were going to publish the game. It seems that Level-5 had little experience making a large MMORPG, and the CEO of the company stated that both Level-5 and Microsoft did not end on good terms. 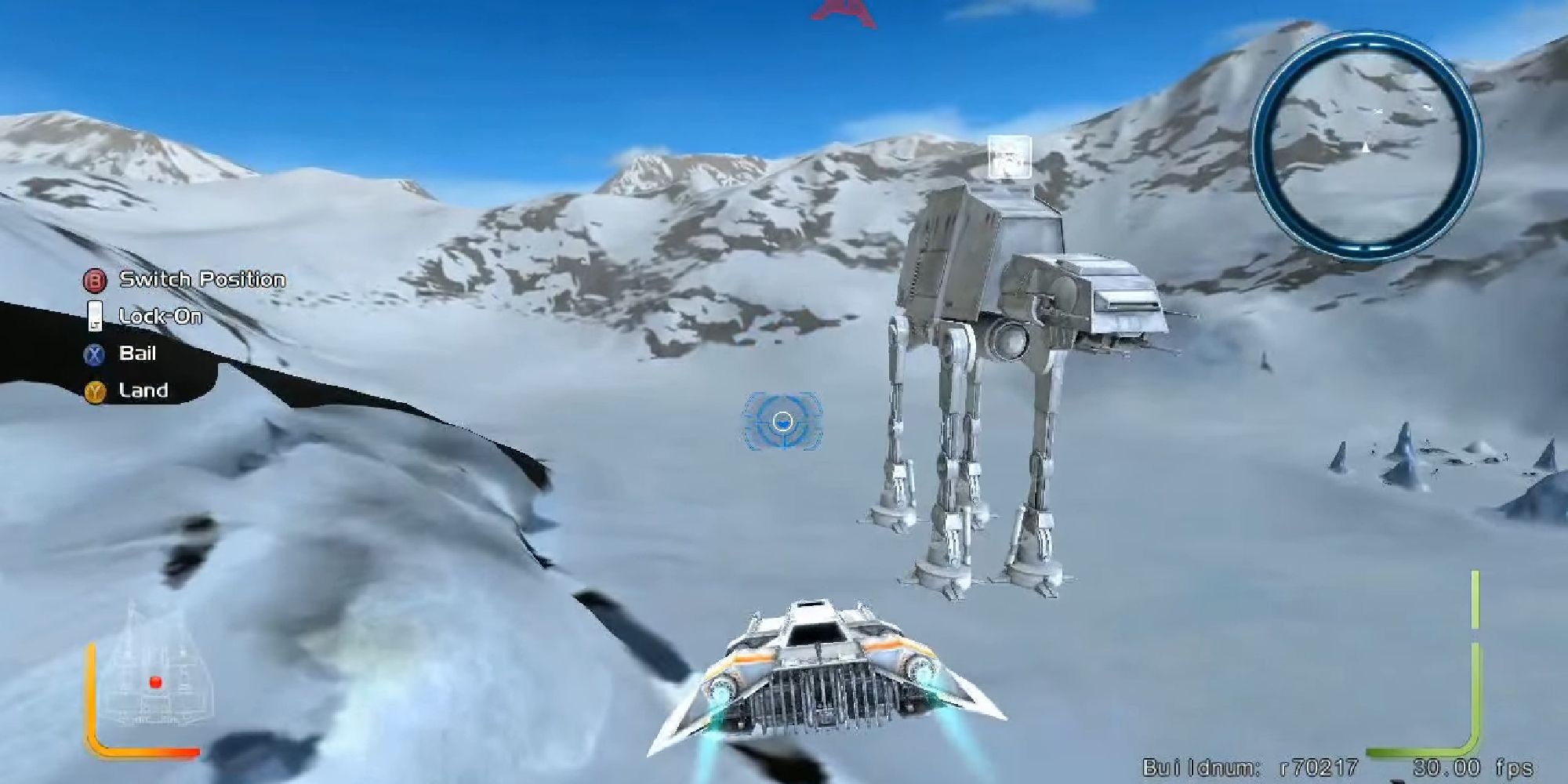 We've all heard of Star Wars: Battlefront. This is a classic game, which was first released in 2004. Since then, we've seen a sequel, as well as several canceled sequels. In 2006, it was rumored that a third game in the series was in development.

This rumor proved to be true when Activision Blizzard filed a classification for Star Wars: Battlefront III on the Nintendo DS. Interestingly, just a few months later, the developers stated that they lost the rights to the game, which has been in development for two years. Since then, we've seen plenty of 'lost' footage from the game.