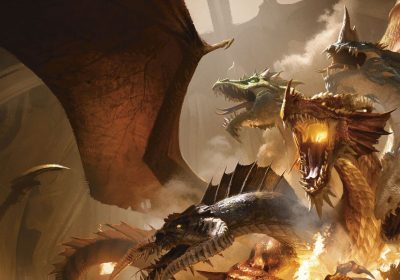 One of the most influential games ever made, Dungeons & Dragons has generated countless settings across multiple editions over the last 45 years. If you are a Dungeon Master, or want to become one, know that creating a world and a rich storyline from scratch can be punishing. But there are many new and beautifully illustrated sourcebooks from Wizards of the Coast that provide all the monsters, maps, and narrative you need to get started.

From the gothic horror of Strahd von Zarovich’s beloved Barovia to the deadly jungles of the Chultan peninsula, the scope of D&D is nearly immeasurable, offering something for every kind of player. But since the latest edition’s launch in 2014, there is an awful lot to sift through. You won’t go from zero to Matt Mercer overnight, but these professionally designed adventures are a fantastic way to get started.

Here are the best 5th edition D&D campaigns you can play right now, both online and in person.

Image: Greg Rutkovski/Wizards of the Coast

In this campaign, the sea is your biggest foe. Ghosts of Saltmarsh combines the popular adventures from the first edition of Dungeons & Dragons, with upgrades to include 5th edition rules and mechanics. Ghosts of Saltmarsh offers flexibility depending on how long you want to play the campaign. You can go through all seven adventures back to back, or you can go through one adventure to tell a complete story if you prefer the one-shot approach. As the backdrop is at sea, Ghosts of Saltmarsh features seven campaigns brimming with pirates, terrifying fish people, and krakens to face in nautical battle.

There’s a real breadth of adventure to experience. Players can explore a haunted house, spy on lizardfolk, or claim a cursed island for a mariner’s guild. Given the emphasis on seafaring, there are some excellent rules for sea combat, ships, and unusual sea encounters. It’s also fairly modular. These adventures can be a jumping-off point for your own homebrew campaigns, or help set the scene for an already established group to head off in a new direction. For both players and DMs, Ghosts of Saltmarsh combines strong narrative with a unique combat setting to provide memorable role-playing experiences regardless of player skill level.

Image: Ben Oliver/Wizards of the Coast

Set in the verdant jungles of the island Chult, Tomb of Annihilation is an exotic landscape for those who want to add some Indiana Jones-style exploration to their campaign. In terms of story, you’ll be searching for the origin of a mysterious death curse that is said to come from the vast jungle. You’ll encounter snake people, zombie dinosaurs, and the time-traveling, dimension-hopping arch lich Acererak — the legendary creator of D&D’s deadliest dungeon, the Tomb of Horrors.

Tomb of Annihilation is a solid all-rounder, as it’s got a little something for everyone with plenty of freedom to mix things up for DMs and players. Whether you want to play up the madcap adventure or lean into the cursed exotic island vibe, it’s a great choice.

Image: Tyler Jacobson/Wizards of the Coast

Akin to Terry Pratchett’s setting of Ankh Morpork, Waterdeep: Dragon Heist is a fantastic campaign for beginners despite being a shorter offering compared to the others. It’s neither high fantasy nor horror, but more of an urban journey through the streets of the famed city of Waterdeep. Inspired by movie heists, the city of Waterdeep is rife with corruption, so there’s a wealth of factions and villains for you to encounter throughout.

Waterdeep offers a lighter tone that emphasizes role-playing rather than senseless killing. So the stakes are much lower, since you aren’t saving the world — well, at least not at the beginning. Waterdeep is the perfect place for players just starting out, or for those looking for something light-hearted after an intense campaign.

Image: Jaime Jones/Wizards of the Coast

If you’re a brand-new player or DM, Lost Mine of Phandelver is a mini-campaign available with the 5th edition Starter Set. It features everything you need to dip your toes into Dungeons & Dragons while balancing the role-play with engaging encounters. Admittedly, it’s a very generic adventure that features your typical goblins and dragons and one feisty owlbear. But it does an extraordinary job of giving you a feel for the world.

As such, there are NPCs, quests, and a mini-dungeon with an end boss to round things out. From a DM’s perspective, it’s easy enough to use the Lost Mine of Phandelver as a foundation for a much longer campaign, since it transitions well into larger settings. This campaign is ideal for those who want to give Dungeons & Dragons a try but don’t want to invest too much if they find it unsuitable for them.

Image: Tyler Jacobson/Wizards of the Coast

Dungeons & Dragons and high fantasy often go in tandem, and if that is something you want to preserve, then Storm King’s Thunder offers a titanic struggle amid some of the frostiest regions of the Forgotten Realms. Within the campaign, terrifying giants have arisen to destroy the civilization that surrounds them. In response to such chaos, a small party bands together to search for rune magic — an ancient weapon that allowed the giants to thwart the dragons many years ago. Not only do you enter combat against the giants themselves, but also Slarkreth, a huge ancient kraken wizard who looks to weaken the giants for their own best interests.

To top it off, Storm King’s Thunder offers an immensely detailed campaign book that provides a plethora of outcomes in which players are presented with different ways to complete a quest. With this approach, the campaign avoids railroading but remains detailed enough to be simple enough to run as a DM, whether they’re experienced or new to the franchise. Storm King’s Thunder is highly regarded if you want a full-fledged fantasy experience with the ability to shape how you approach the campaign.