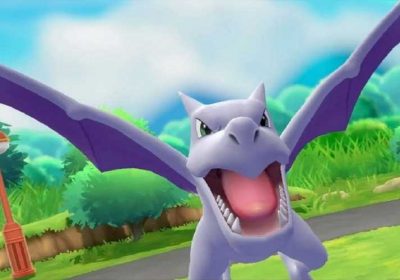 What is the first thing you think of when visualizing Sinnoh's terrain? Is it Mount Coronet, perhaps? Or any of the other tunnels and caves within the region? Maybe it's something else entirely — the blizzards by Snowpoint or the swampy routes near Pastoria — but rocky areas are plentiful enough in Pokemon Brilliant Diamond & Shining Pearl for a fair few players to choose terrain along those lines.

Hence why it was so important for the game to give Rock Pokemon some strong representation. To do otherwise would be akin to thinking of the northern stretches of Canada and putting a bunch of Fire-types up there instead of Ice. Well, maybe that's a bad example. The citizens of that vast domain would probably appreciate a few more Charmanders in their houses. The point is, Sinnoh has Rock-type Pokemon. Lots of Rock-type Pokemon. Enough of them that choosing the right one for your team can be a taxing experience. Here are our picks for the best candidates that Pokemon BDSP has to offer. 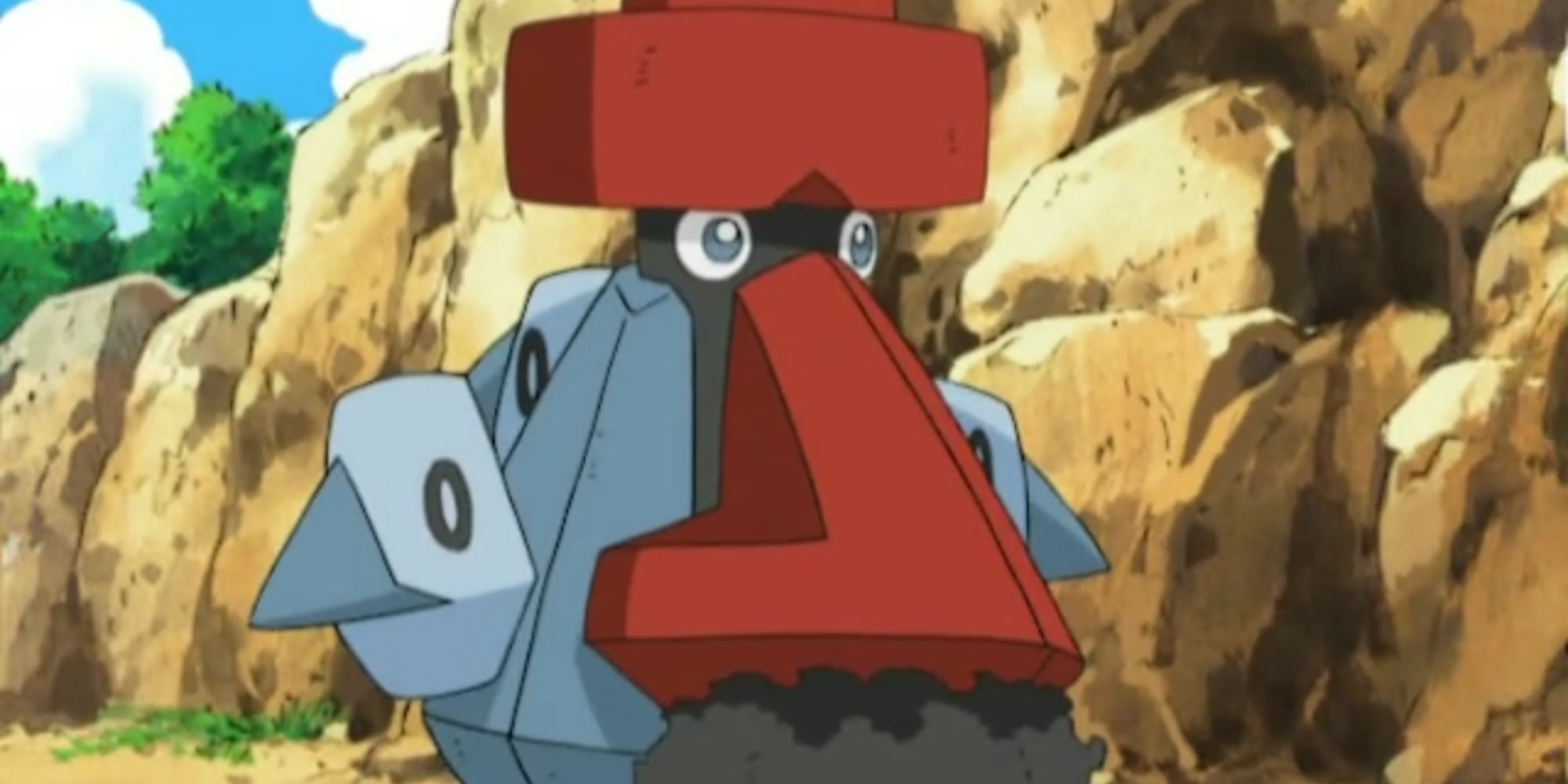 It would be criminal to leave Probopass off this list. Even by the standards of a fictional universe bursting with strange creatures, Probopass looks especially bizarre. Everyone is quick to notice its giant red nose, right? Did you know that those three vaguely pyramid-shaped blue things jutting out like arms and a tail are called mini-noses? Mini-noses. This thing has four noses and a magnet on top of its head. Peer into its eyes and you can tell Probopass knows it's weird.

Probopass makes for a fairly decent in-game catch thanks to its sky-high Defense and Special Defense, coupled with what is perhaps the most defensively-oriented typing in the game (Rock/Steel). Fighting- and Ground-types will have a field day wrecking the many-nosed monster, and Water-types will do a fair bit as well, but consider this — Ice, Psychic, Bug, Rock, Dragon, and Fairy moves do half-damage. Normal and Flying do even less. Poison doesn't do a thing.

It's true that Probopass isn't much of a fighter, but with coverage like this, it will valiantly deflect a great many things Pokemon BDSP will throw at you. 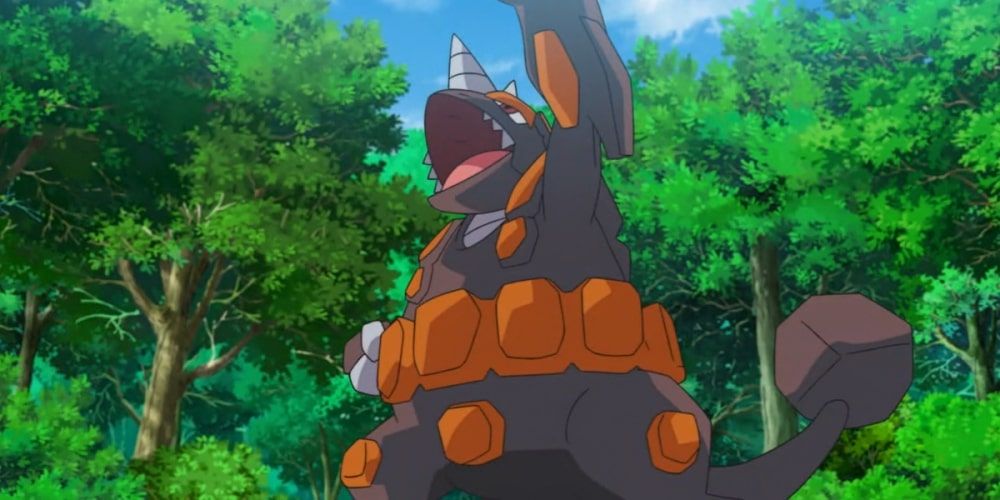 There's only one reason Rhyperior isn't higher on our list. You're stuck with its middle form, Rhydon, until the post-game. Rhyhorn, first in the line, can be found in Pokemon BDSP's Grand Underground from very early on in the game, which is lovely. It evolves into Rhydon at Level 42, which is going to take some time, but hey, it's there. Unfortunately, the Protector that is needed when trading Rhydon to trigger its evolution cannot be obtained until the player reaches the Battle Tower after the credits have rolled.

The good news is that even Rhydon is a good pick for the main story. Not fantastic, but good. Rhydon's HP, Attack, and Defense are all terrific at the expense of awful Special Attack, Special Defense, and Speed. Rhyperior continues this trend; it's just a lot better at the good stuff and just as rough with the bad stuff.

Keep Rhyperior far away from Water-type Pokemon. Do the same with Grass-types. Teach it Earthquake, Rock Slide, Megahorn (Bug-type coverage can be hard to come by for some folks!), and something nasty in the debuff department like Stealth Rock or Toxic. Rhyperior can't help you in the journey to defeat the eight Gym Leaders, but it will be a boon at the Battle Tower and online. 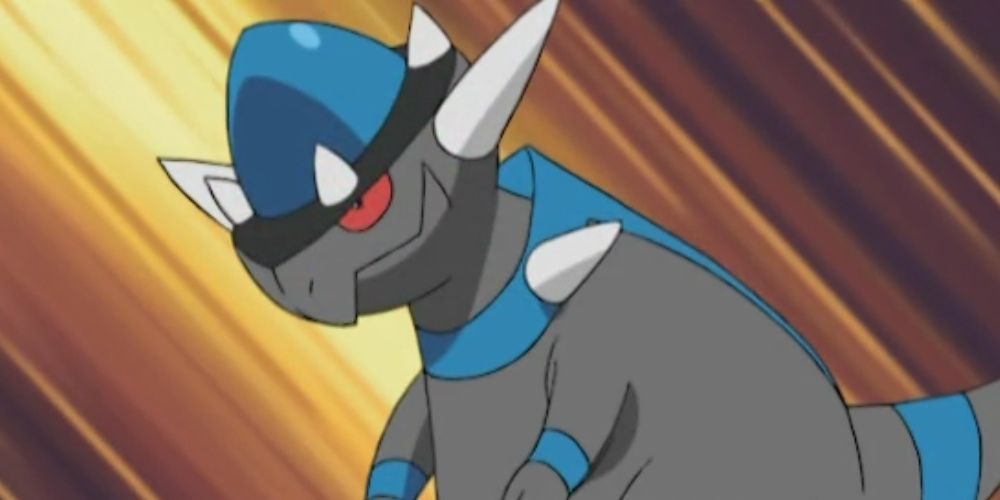 Rampardos takes cues from Rhyperior's colossal Attack stat, cranks that up to 11, and ignores just about everything else. Its HP is quite solid, but not exactly Blissey material. What players are left with here is a wrecking ball. And sometimes, it's nice to have a wrecking ball.

Being a pure Rock-type, Rampardos also has the advantage of not being doubly weak to anything. On the other hand, it is a regular degree of weak to Water, Grass, Fighting, Ground, and Steel, so be sure to take that into account. Normal, Fire, Poison, and Flying won't leave much of a scratch, though.

This is one of the more obvious Pokemon to strategize with. If it's a physical-based attack, it is totally viable. Rock Slide is good for STAB (Same Type Attack Bonus). Zen Headbutt is handy if your team lacks a Psychic-type. Head Smash hits the user with 50 percent in recoil damage, but imagine being smashed in the head with Rampardos' skull, you know? It might be worth the blowback. 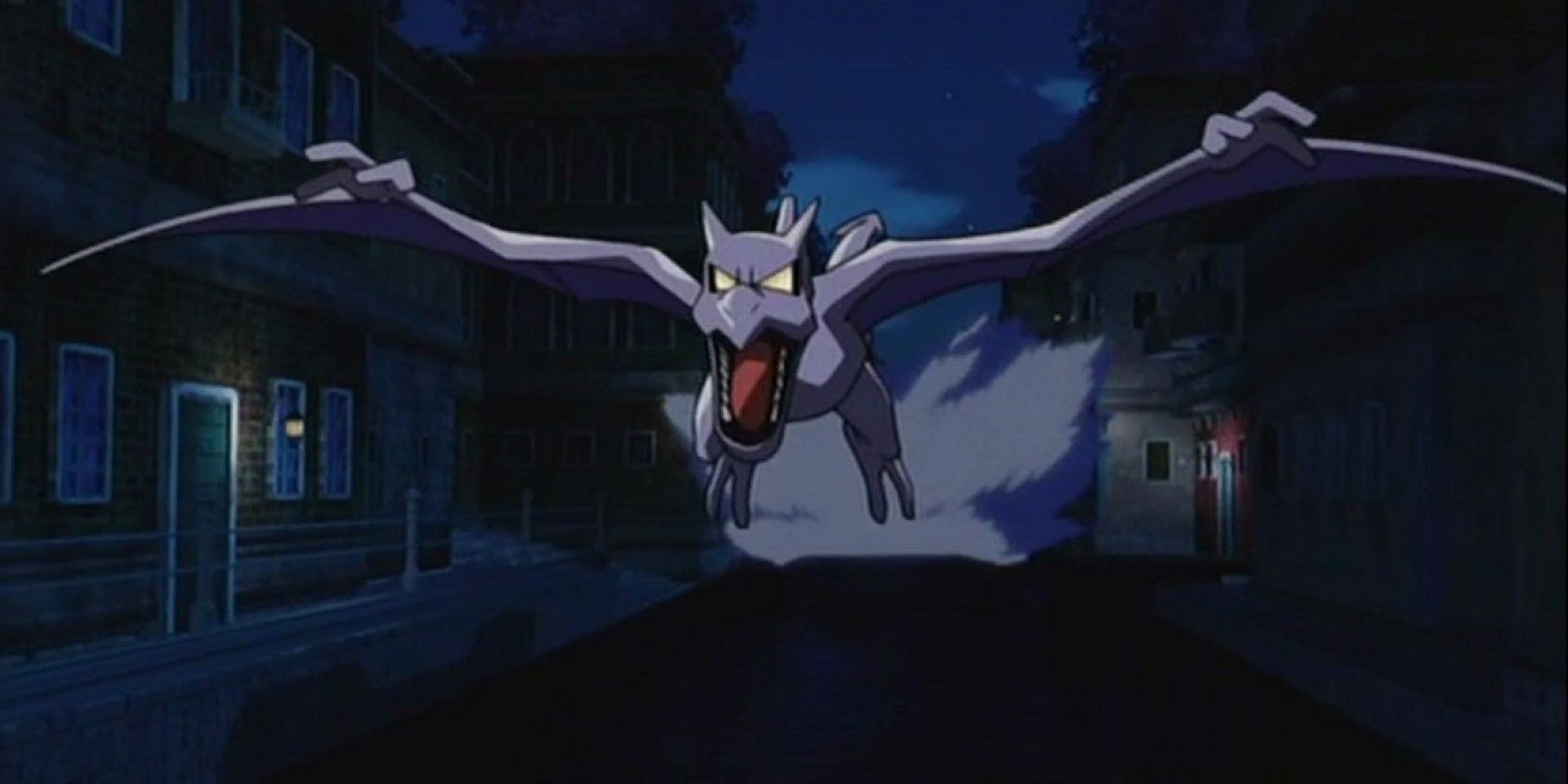 A classic among classics, Aerodactyl's resurrection from extinction was once treated as a unique event. More of them must have been found in the years since Red handed his Old Amber to the researchers at Cinnabar Island's Pokemon Lab because, by the time Pokemon Sword & Shield rolled around, they were flapping their stony wings all over the place.

Aerodactyl marries the high Attack of many other Rock-types with an even higher Speed stat — likely a byproduct of the fact that it's also a Flying-type. This boon of swiftness transforms our beloved pteranodon into a terror with moves like Stone Edge and Earthquake. It also grants Aerodactyl the opportunity to catch plenty of opponents off-guard, both in-game and even competitively, with surprise attacks such as Ice Fang and Thunder Fang. 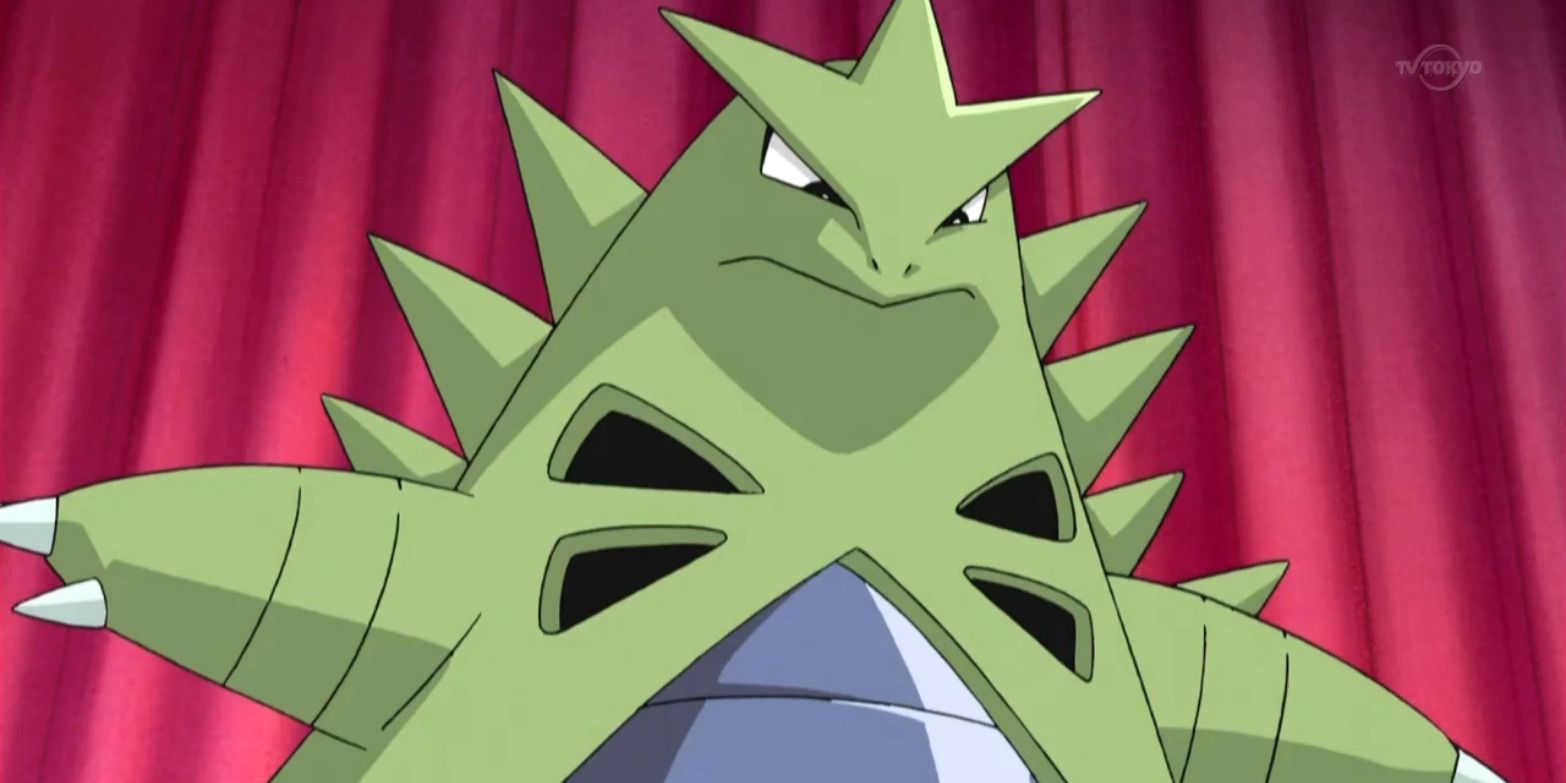 Save for its middling Speed, all of Tyranitar's stats are either respectable or downright frightening. It has more than its fair share of weaknesses, but precisely as many strengths. Rock/Dark is a nifty combination that is, to this day, entirely exclusive to Tyranitar (and, by extension, Pupitar). Overall, it's the most reliable user of all-star attacks like Stone Edge and Crunch that Pokemon BDSP has to offer.

The only problem is that Tyranitar is also one of those Pokemon that aren't available until after the main story. You'll need to unlock the National Dex, which serves as a stopgap against plenty of other wonderful post-game pastimes. Herein lies the troubling mystery that turns Tyranitar into more than simply an easy second-place ranking on our list. Larvitar, its earliest stage, refuses to spawn until the National Dex is in your hands.

What does this mean? One of two things. Either the developers opted to use something that feels utterly unrelated as nothing more than a programming obstacle or Tyranitar is an internet troll. Think about it: Tyranitar tells its kids to hide under rocks whenever a human approaches their lair. Maybe it instructs them to be seen out of the corner of a trainer's eye, only to vanish into deeper and deeper holes in the earth. "Stupid humans," Tyranitar thinks. "Haha." But then someone waltzes in with the National Dex, which detects all those Larvitars through the power of advanced science. The jig is up. Tyranitar can only watch as its offspring are plucked away. Wait, this was supposed to be funny, not tragic. 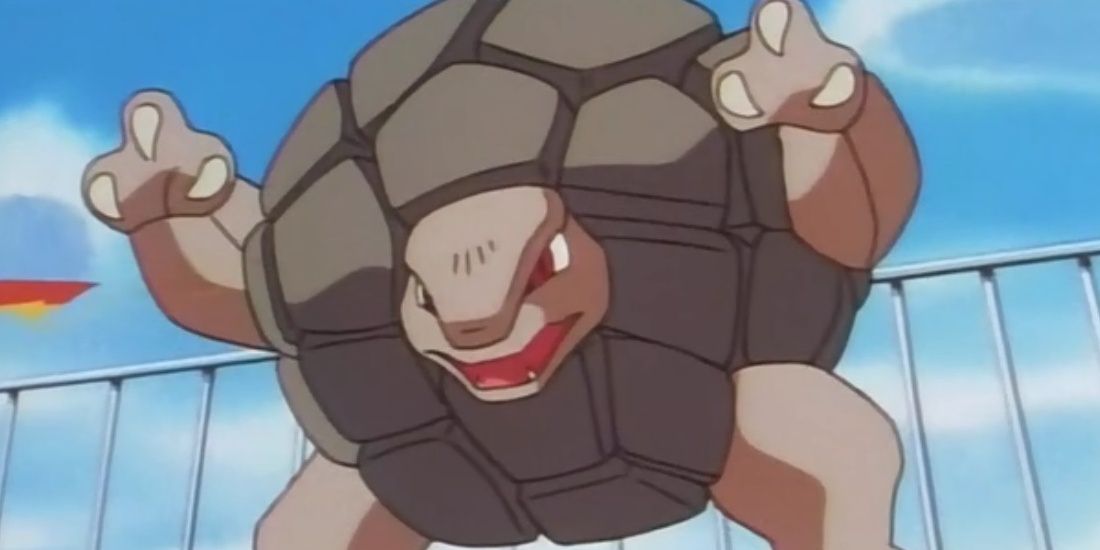 Much has been said about Alolan Golem, and it's seldom been kind. Even so, the years have been kind to the real deal. Golem, otherwise known as the "OG" Rock-type champion, still reigns supreme. Is it, in essence, a spherical boulder with four limbs and a turtle-like head? Sure. But don't you dare say that to its turtle-like face.

It's hardly uncommon for Rock-types to excel at Attack and Defense, a fact that this list can surely attest to. Rock Head and Sturdy, abilities that prevent most forms of recoil and stop attacks from knocking out a full-health Pokemon in one blow respectively, are as quintessentially Rock-type as one can get. And, stop us if you've read this one already, but Golem's recommended move pool will always include Stone Edge and Earthquake. In fact, the only surface-level aspect Golem has going for it that differs from numerous previous Pokemon on this list is that it learns Explosion and can get the ball rolling in a pinch with it by dishing catastrophic damage to the most powerful foes players will face.

Why, then, is Golem the best Rock-type Pokemon in Brilliant Diamond & Shining Pearl? Because it excels at every single thing that makes Rock-types so good, blends that with the best that Ground-types have to offer, and Geodudes appear in caves faster than Old Rods hook Magikarps. So long as a trusted partner is willing to take Graveler, evolve it into Golem, and give that spherical boulder back no questions asked, half of Sinnoh is about to get steamrolled.