Home » News » The Callisto Protocol Has A PUBG Easter Egg, Despite It Being Removed From The Canon 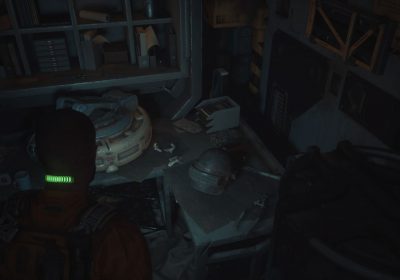 The Callisto Protocol features a nod to PlayerUnknowns Battlegrounds, despite having removed the battle royale from its own canon.

Back when The Callisto Protocol was announced, one of the most surprising things about it was that it was supposed to take place in the same universe as PUBG, despite the two games being wildly different in tone. This was clearly just brought on because Krafton publishes both games, but it was still a bizarre situation nonetheless.

Sadly, we never got to see Striking Distance try and explain this connection as, months before the game's launch, it was revealed that The Callisto Protocol was its own thing with nothing to do with PUBG anymore. The news came from creative director Glen Schofield, who confirmed that the two projects would remain separate.

Schofield later clarified in interviews that the link to PUBG had been removed from The Callisto Protocol around a year ago, stating that the team didn't want to confuse the fans and that the two games were already worlds apart. Even though The Callisto Protocol is now its own thing entirely and doesn't have any links to PUBG, that hasn't stopped Striking Distance from including a little nod to the game.

As pointed out by Twitter user TheSphereHunter, one of the crafting benches in the game has the iconic PUBG helmet that is featured on the game's box art and most of its promotional material. The helmet on the bench is a little worse for wear than we've seen it before, but it's clearly meant to be the same thing. You sadly can't wear the helmet yourself, but it still acts as a nice tribute to The Callisto Protocol's own past.

The PUBG helmet serves as a sad reminder that we're probably never going to know how the two games were intended to be connected in the first place. Details about the link have always been vague, but the most concrete thing that Schofield has had to say about it is that it came about after he met Krafton to pitch the game and talk about starting a new studio, and that they somehow figured out how to make it "fit within the PUBG storyline".