The Coolest Mechs In Wolfstride 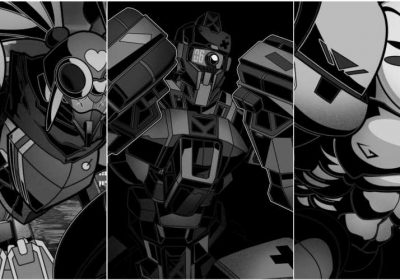 Wolfstride is a narrative-focused mech brawler that features a large cast of expertly designed mechs. While there are already plenty of amazingly designed mechs in games, those featured in Wolfstride are truly outstanding and rival even the likes of BT from Titanfall 2 and the Skells from Xenoblade Chronicles.

Wolfstride's cast of robotic behemoths is as vast as it is visually impressive, and as a result, it can be difficult to determine which are the cream of the crop. While they're all amazing in their own way, there are a few that stand out above the rest. From pig-themed brawlers to mechs inspired by classic animes, there are some truly phenomenal mechs in Wolfstride. 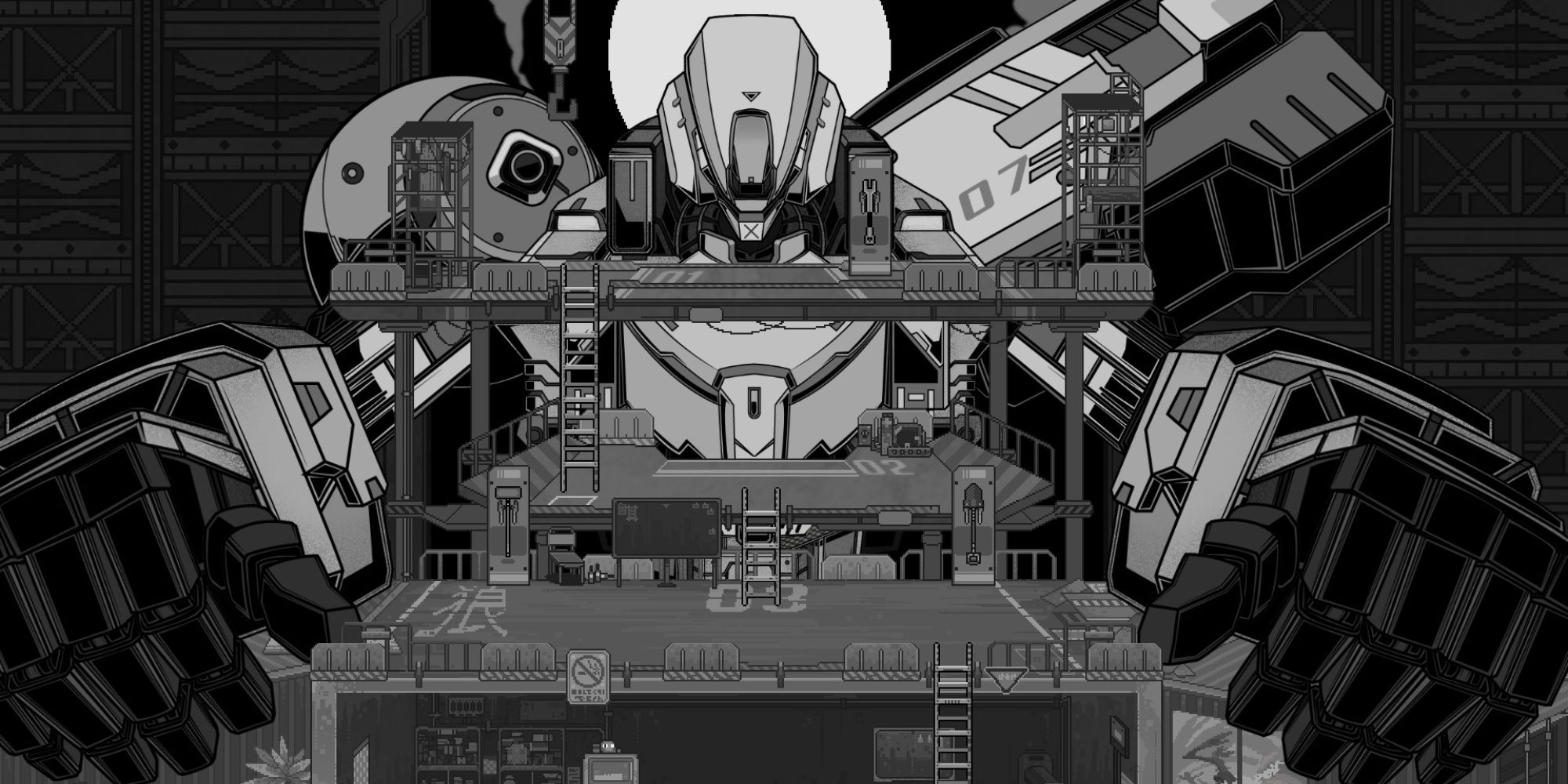 Cowboy is your mech throughout all of Wolfstride. It is piloted by the brilliant but absent-minded Knife Leopard who swings punches with the grace of a bull in a china shop. However, its ragtag crew of ex-gangsters and adolescent dreamers make it a truly special and deadly piece of machinery.

Cowboy can and should be upgraded throughout Wolfstride's lengthy runtime. You can kit it out with the latest engines and shields making it a force to be reckoned with. While it is initially nothing more than a piece of junk pieced together with tape and gum, as you progress through the game's main narrative you'll see it become a true powerhouse. Cowboy is by far one of the best mechs in Wolfstride and the most memorable. 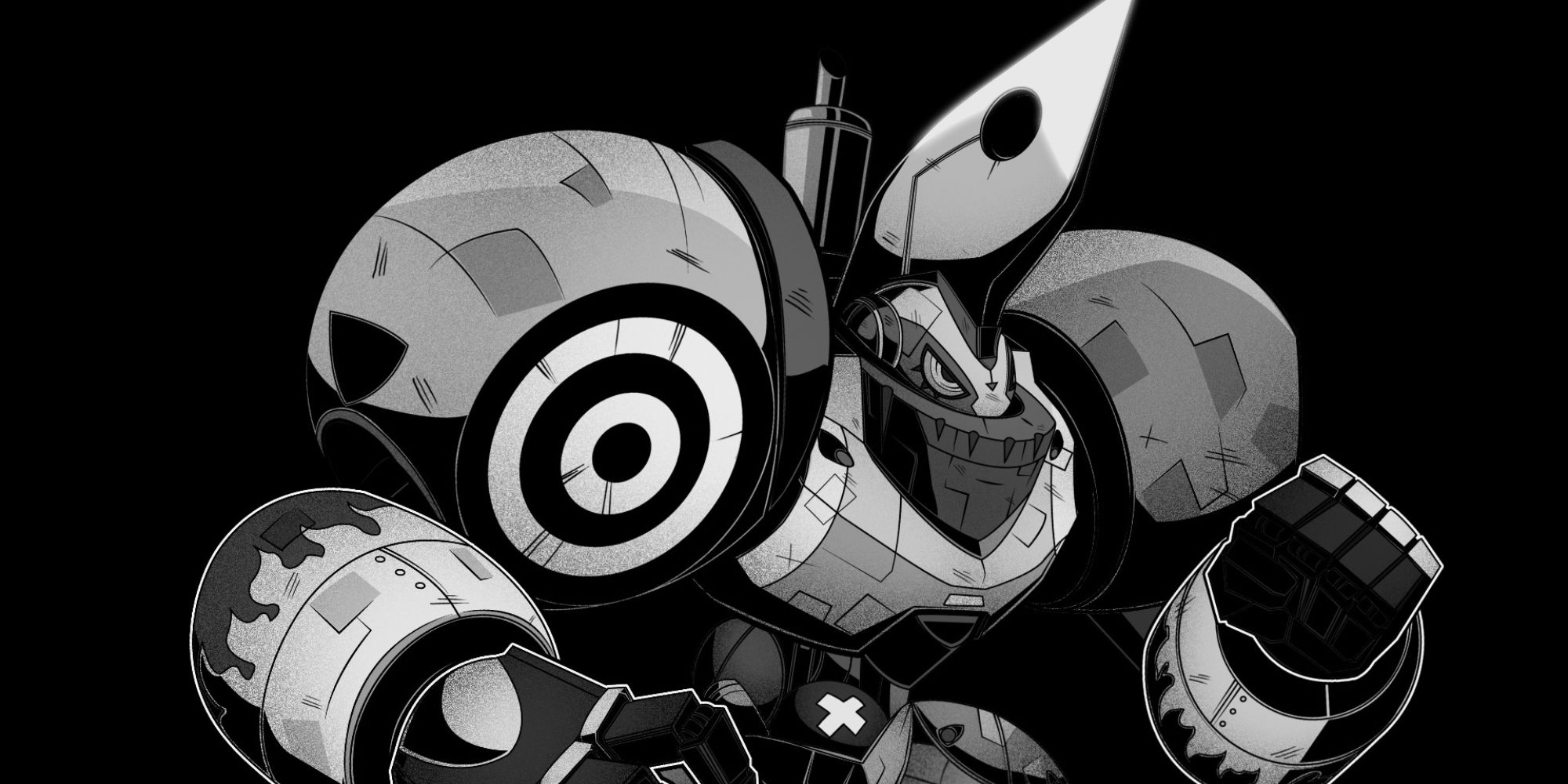 Fancy Boy is the fanciful mech of the aptly named Fancy Jack. As the son of one of the main NPCs Bounty Hog, you'd expect Fancy Jack and his mech to be nothing more than a hastily scraped together piece of junk. However, they prove to be a substantial challenge when you come toe to toe with them early on.

Fancy Boy can devastate your mech with its sharp head while swinging simple yet deadly punches. However, it is perhaps most memorable due to the ever-evolving relationship between you and Fancy Jack. As both your ally and rival, Fancy Jack proves to be one of the most enjoyable recurring characters throughout the game. Fortunately, his impressive mech is just as calm, cool and collected as he is. 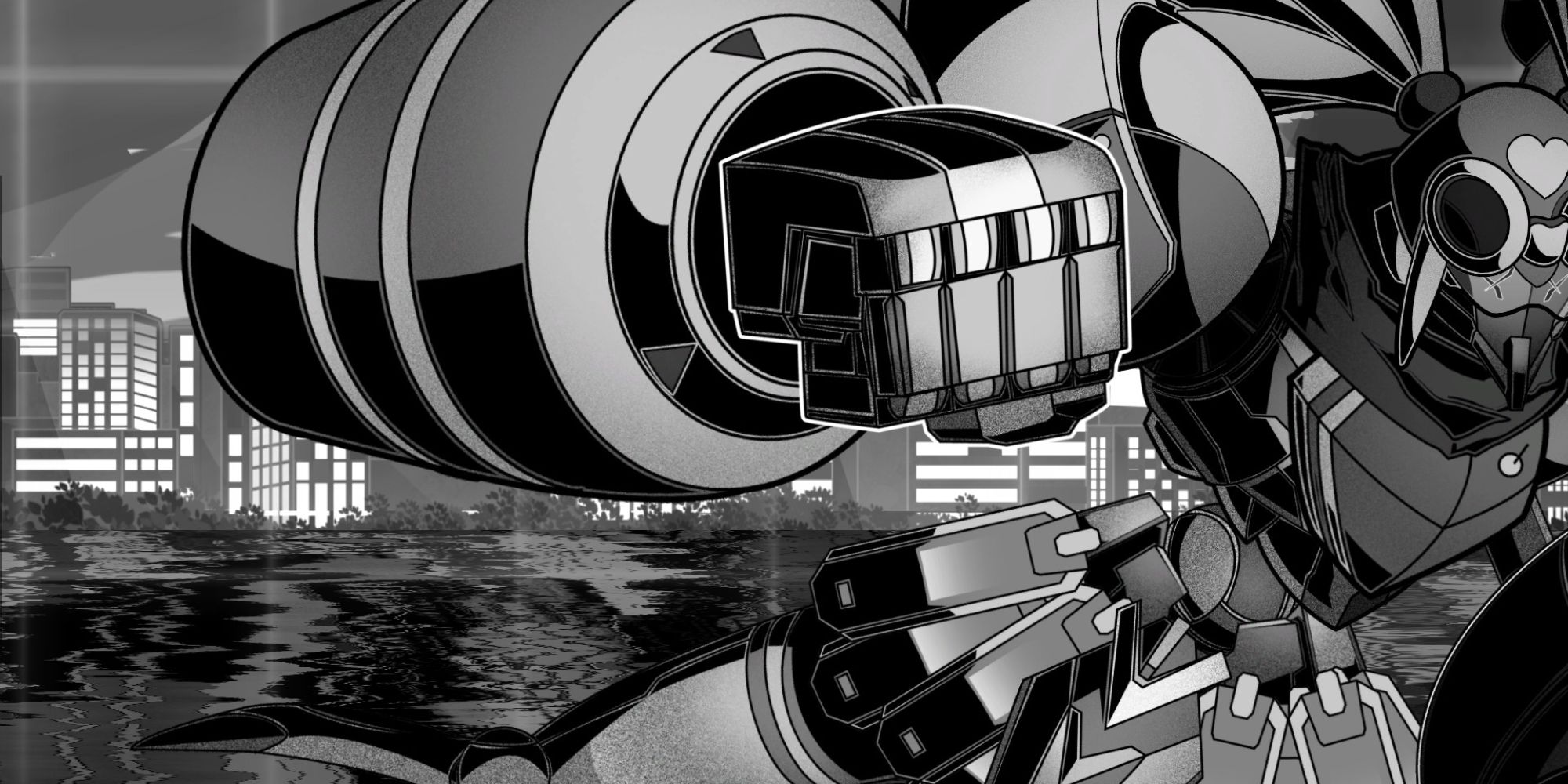 Fortunately, the Saint Sailor Sakura mech isn't all for show. This is a brutally challenging mech that will prove to be a difficult adversary to overcome should you fight them. It's incredibly powerful and fast and can land devastating blow after devastating blow without blinking an eye. It goes without saying that the Saint Sailor Sakura is an incredibly memorable and impressive mech. 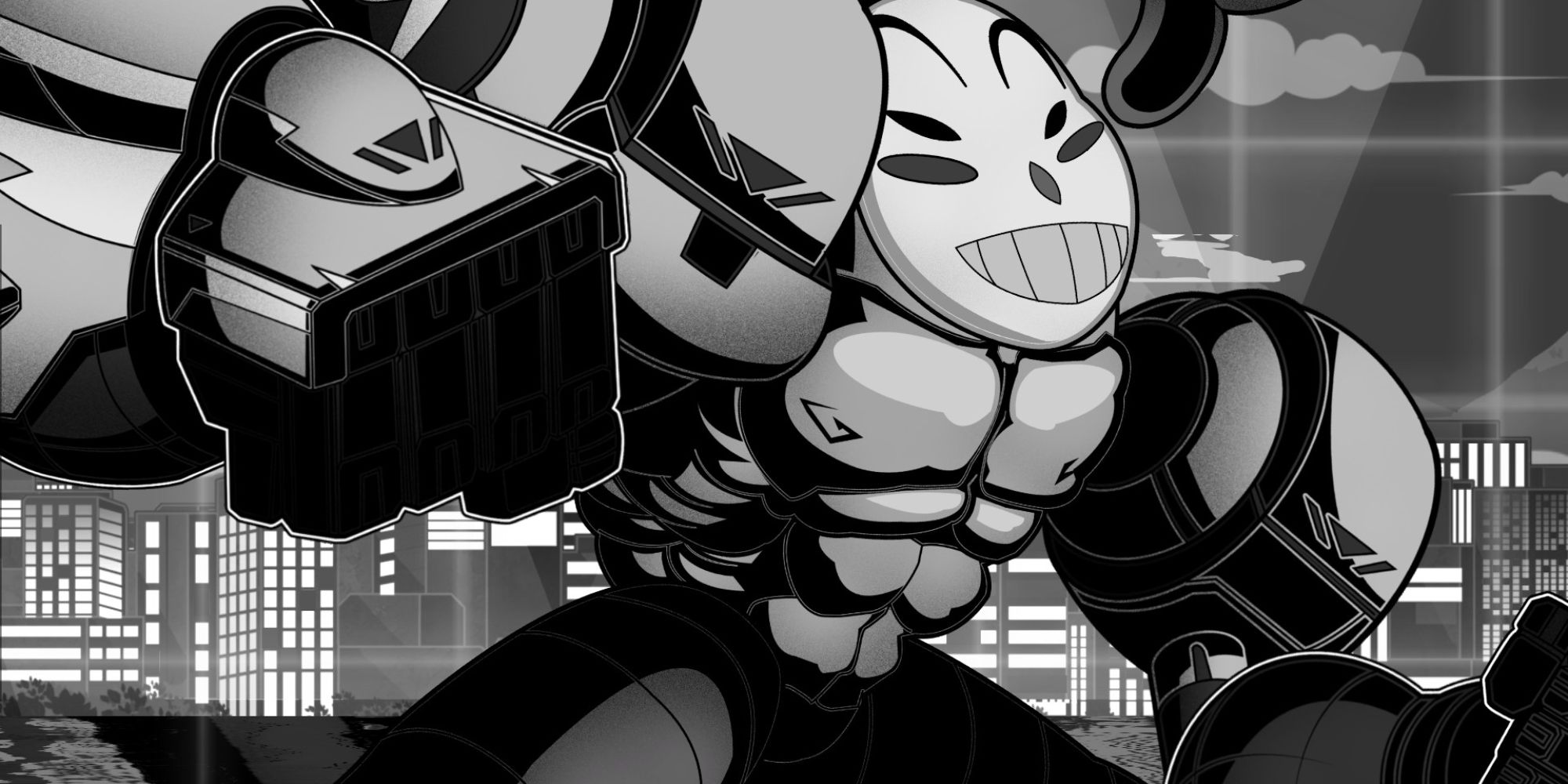 Wolfstride is a game full of style as well as substance. It is full of fun and oftentimes incredible mech designs that pay homage to some of history's greatest anime while offering fresh and innovative ideas. However, the One Winged Duck mech is not only the strangest design by far but also one of the most frighteningly deadly.

Fighting against the One Winged Duck is likely to instill confusion and bemusement at first before the fear sinks in. This isn't a mech to contend with if you're unprepared. The One Winged Duck mech is a testament to both the phenomenal turn-based combat in Wolfstride and its wonderfully unique art direction. It proves that Wolfstride is by far one of the best mech games available. 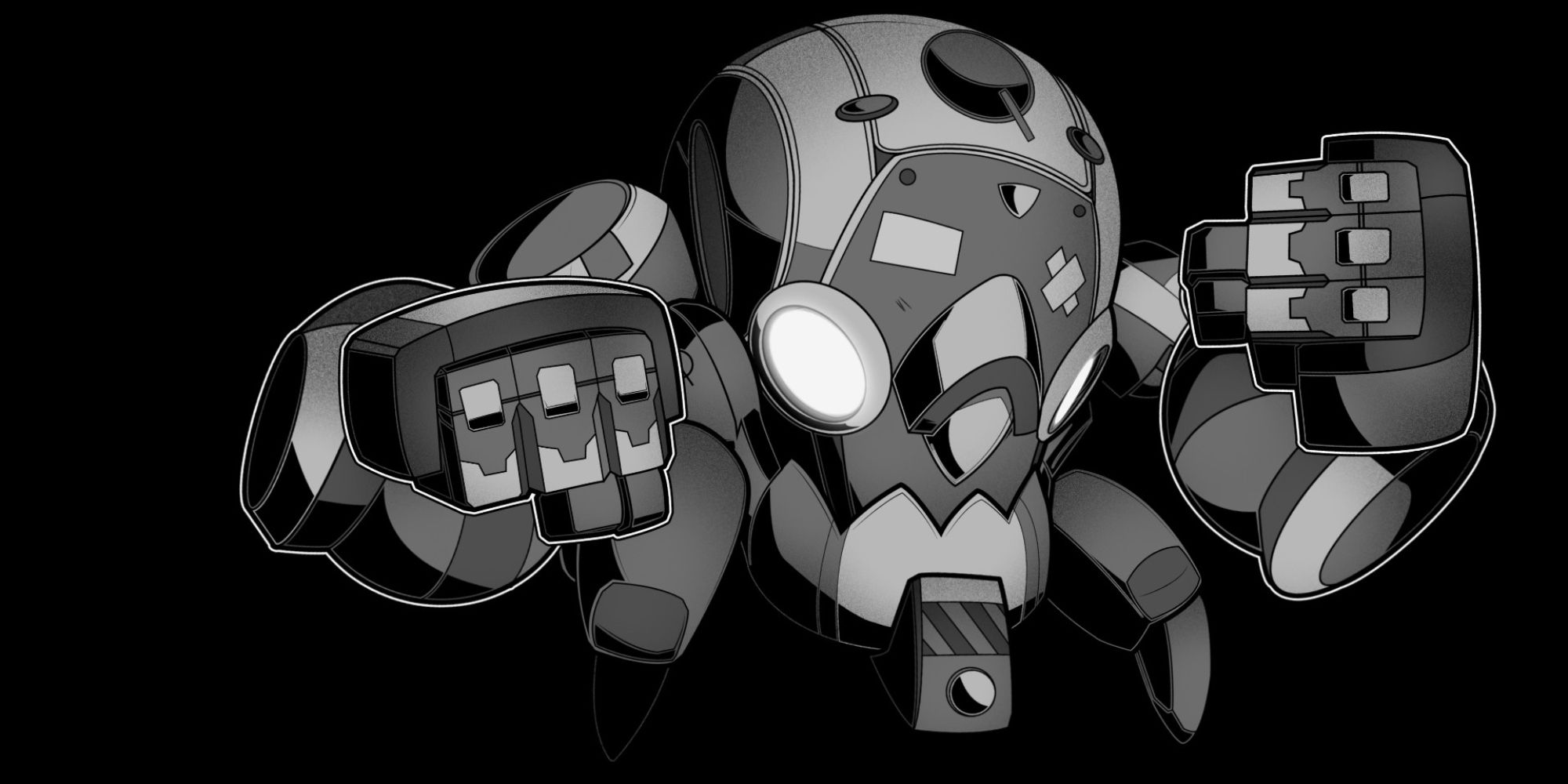 Momoko is an interesting mech for a plethora of reasons. Firstly, its skull-like design and stocky body make it a truly standout mech. Up until your fight with Momoko, you'll fight more traditional mechs. So, your fight against it feels significantly more memorable as a result. Secondly, Momoko is the first mech you'll fight that delves deeper into the lore surrounding the world of Wolfstride.

There are numerous references made to how Momoko is a mining mech that isn't normally used for fighting. The conversations you'll have with both its pilot and your fellow teammates illuminate a lot of intriguing details surrounding Momoko's past as well as its place in the wider world. This additional detail on top of the incredible fight you'll have against it makes it one of the more memorable mechs in Wolfstride. 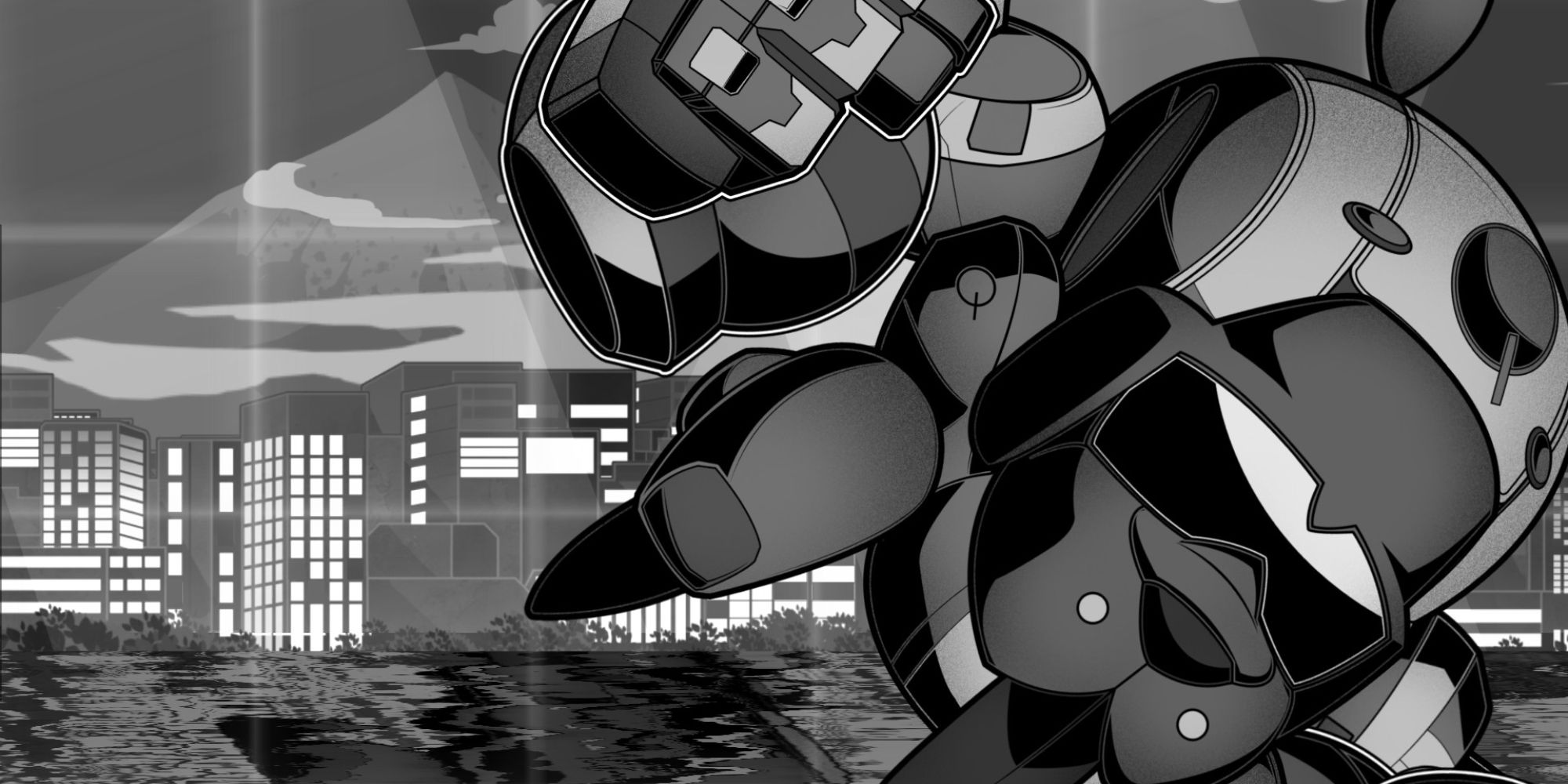 It goes without saying that Dogoko is one of the goodest mech boys. One look at this dog-like mech is enough to make you want to pat it. Modeled after its pilot Duque, this mech has all the attributes of a dog you'd expect. It has a long tongue that sticks out and wags, it has pointy ears that wiggle as it fights and of course it has sunglasses like all good dogs do.

Dogoko is one of the more novelty mechs that plays into Wolfstride's more jovial side. While it isn't the coolest or most impressive looking mech, its more unique and individual design makes it stand out. Fortunately, while it isn't too difficult to beat, your fight against Dogoko is bound to be memorable. 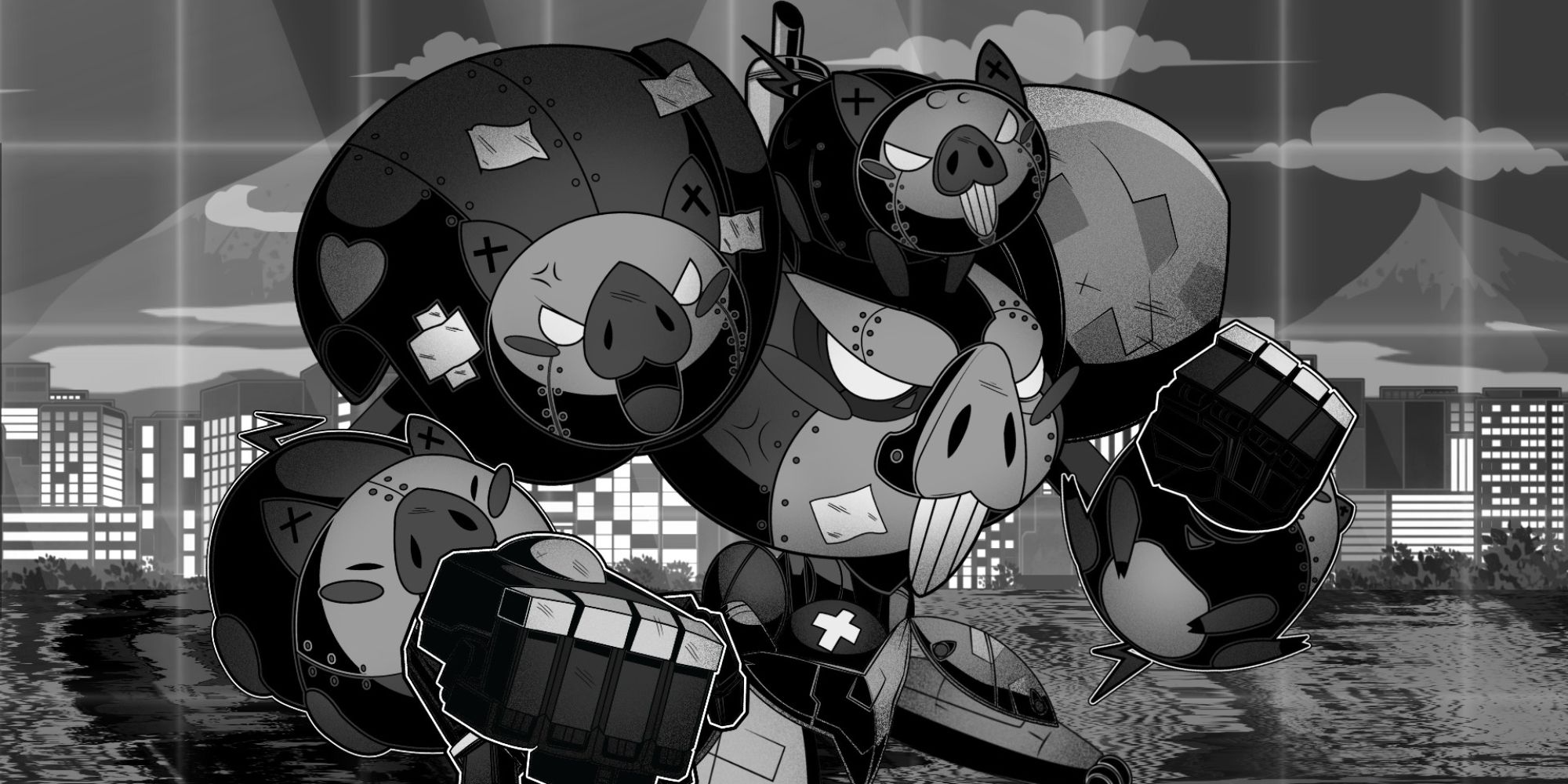 Pigpie may not be the flashiest mech in Wolfstride, but it is one of the more interesting ones. Its focus on a particular character within Wolfstride's lore showcases how vast and affecting the tournament you're partaking in is. It gives a far larger context to your actions and the world around you. It is also just a very impressive mech with a funny theme and who doesn't like a jolly pie-based mech every now and then. 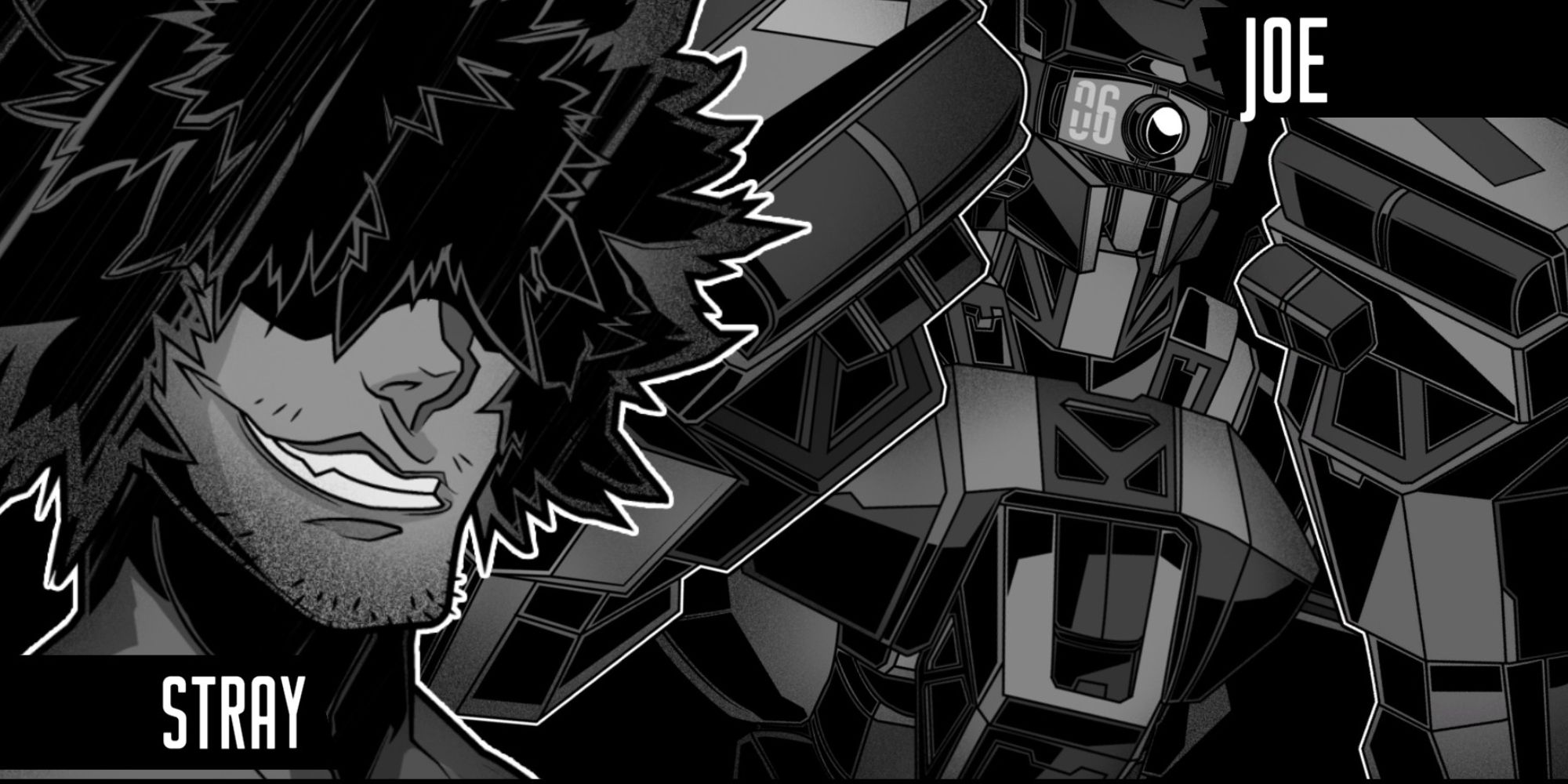 JOE and its pilot Stray are likely references to Gearless Joe from the anime Megalobox or perhaps its precursor Ashita no Joe. Stray has the signature shaggy hair that Gearless Joe has in the anime, and his mech even features a boxing head guard and gloves. However, this wonderful homage feels fitting in a game that takes so much inspiration from the fast-paced boxing anime.

However, regardless of whether or not it is a homage, JOE is still an impressive mech and a deadly adversary. It is one of the many mechs in Wolfstride that truly feel like they could destroy the world where they let loose or got in the wrong hands. The fight against them is tough, but memorable nevertheless.