The Council: All Endings, Ranked 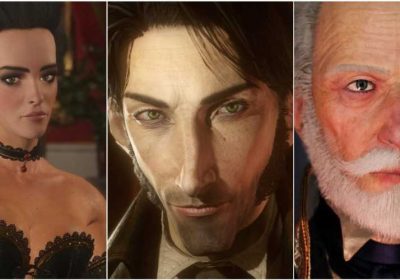 One of the best games in the mystery genre, The Council was launched in 2018 and spread out over five episodes, with multiple endings. Set in 1793, this mystery detective-like game breathes new life into the genre, with the ability to operate on three different classes: Detective; Diplomat; Occultist.

Louis de Richet is invited to Lord Mortimer's castle on his private island to find his missing mother, Sarah de Richet. As the game progresses, you'll discover that the real mystery lies in Louis's true nature. He is, in fact, a Daemon, an immortal creature able to jump bodies and devour souls and the son of Lord Mortimer.

With many hidden details littered throughout the game, Louis must discover clues and make a series of decisions, which could ultimately mean life and death. Depending on your choices who lives and who dies will vary. Here we rank all the options from worst to best. 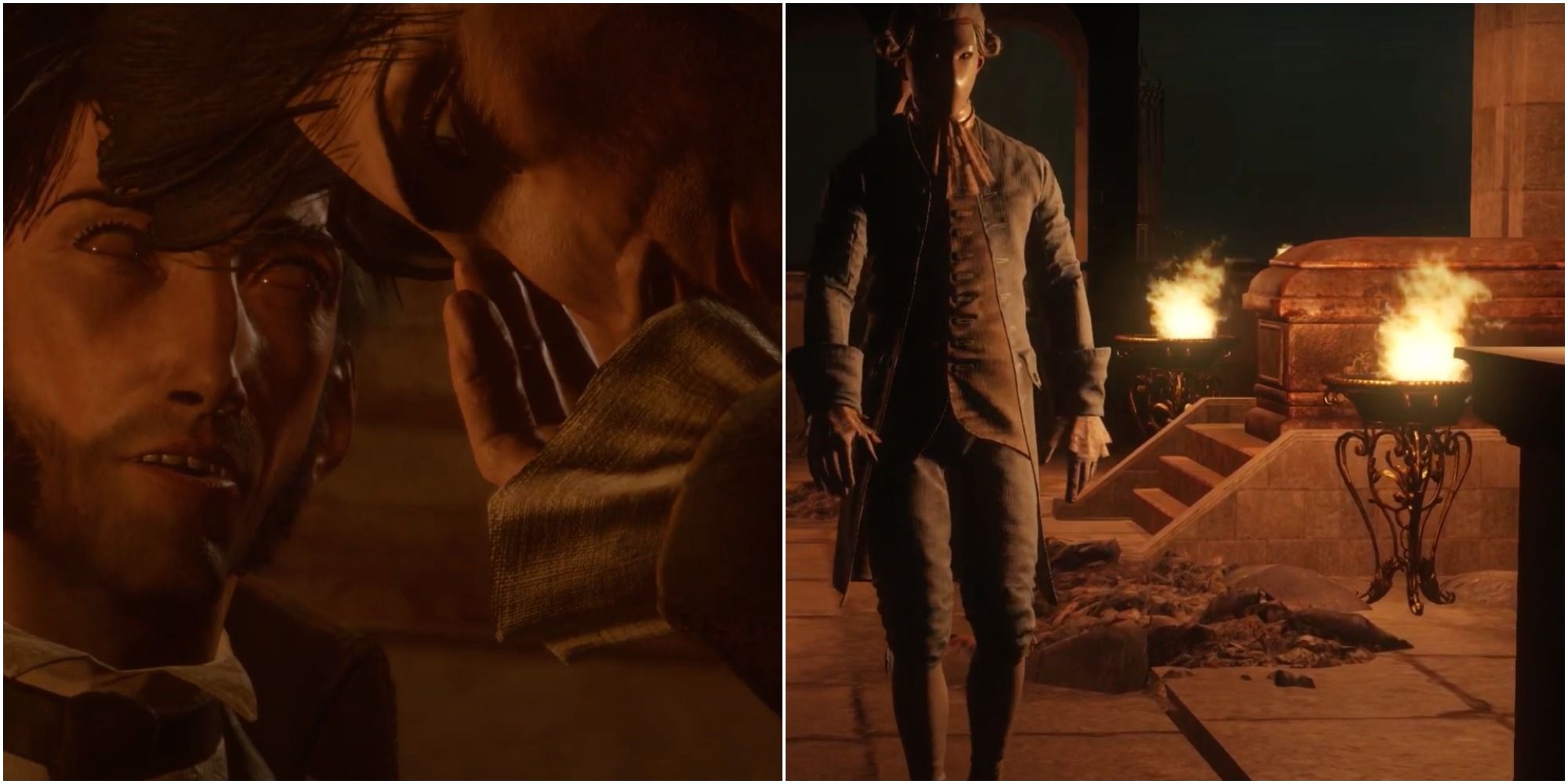 In what's arguably the worst ending for Louis, he fails his test with Asahel who is displeased, saying that Louis is too much like his father, Lord Mortimer. Thus, he sentences Louis to be buried alive.

In the final cutscene, Louis is buried in the crypt below Mortimer's castle. He screams for help but no one is there to hear him. 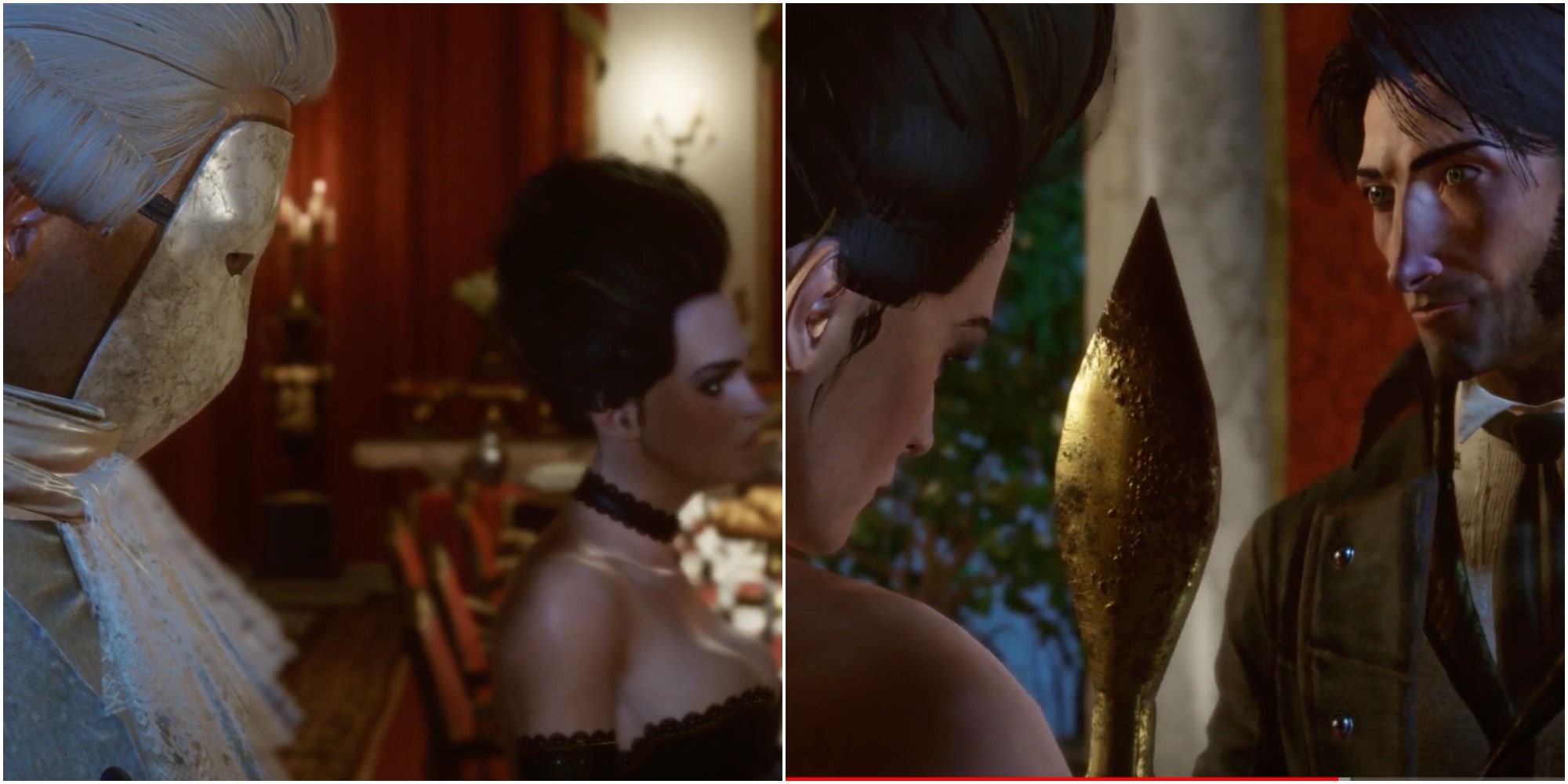 Identical twin sisters Emma and Emily always had a problem with people comparing them. In the final confrontation, this is what Mortimer uses to manipulate Emma. He knows Emma resents her sister for living as a noblewoman while she takes the backseat.

Mortimer easily overpowers and enters Louis's body, devouring his soul. Of course, if you chose the wrong Lance, then Louis is lost either way. 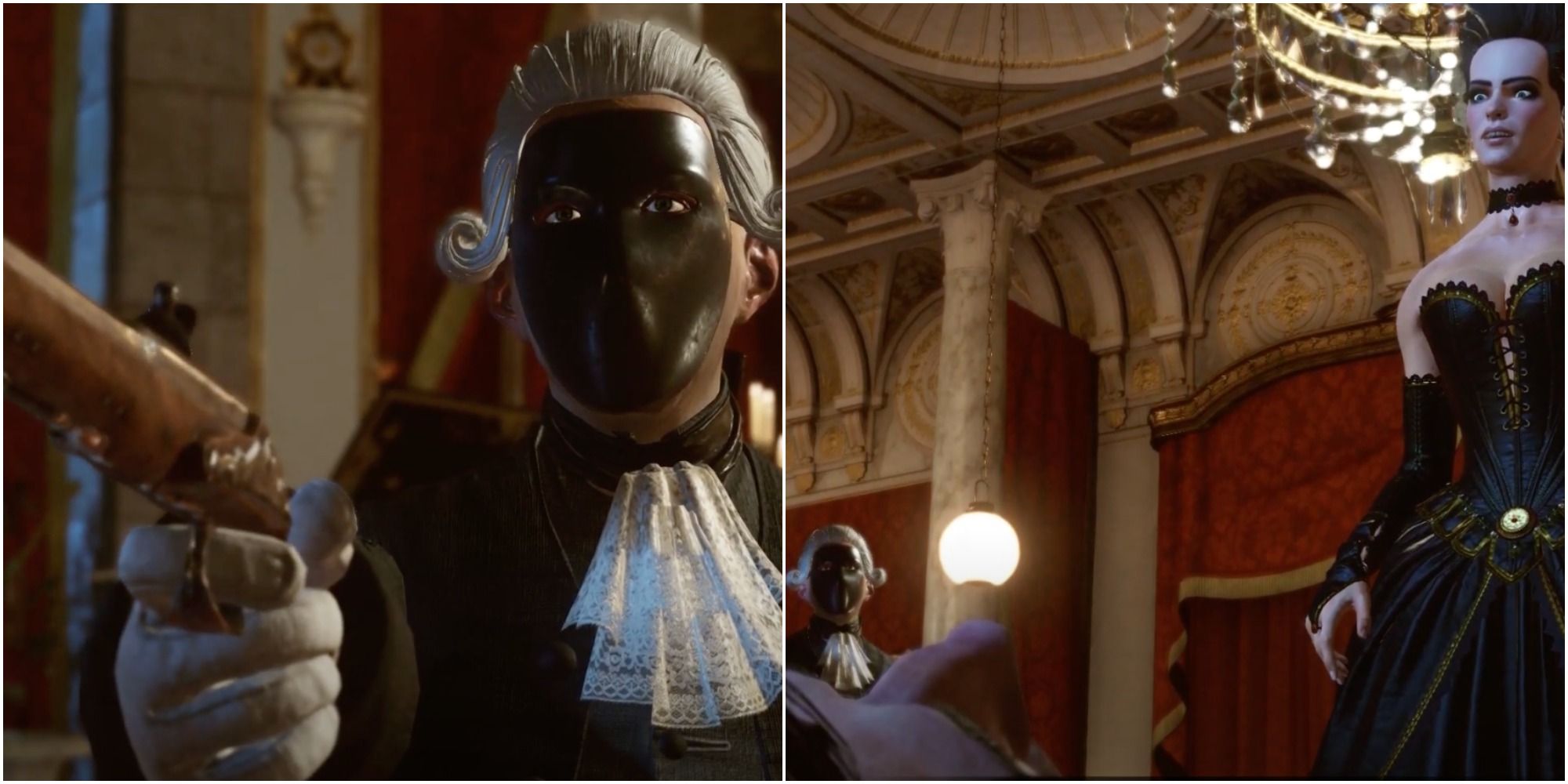 Mortimer knows Louis has been poisoned. So when he stabs him with the wrong Lance, Mortimer possesses Emma's body instead. Louis begins to feel the effects of the poison.

Emily does not realize that the real Emma is gone. A nearby servant walks out with a gun and shoots Louis, before shooting Emily. Emma (actually Mortimer) then tells the servant to clean up the mess.

7 Louis Stabs Mortimer, But With The Wrong Lance 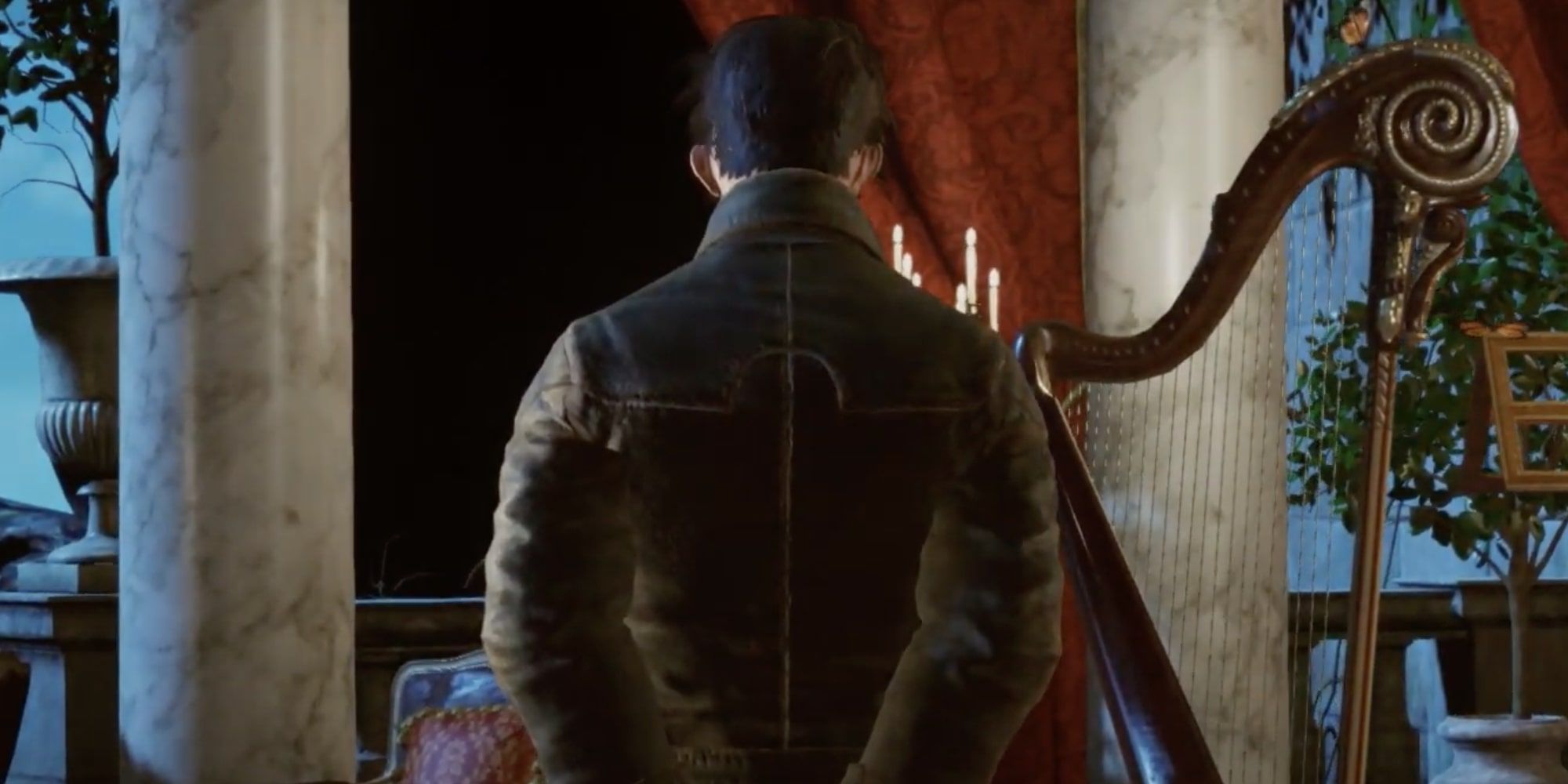 After planning with his sisters on how to defeat Mortimer, the three go to confront him. Unfortunately, Louis does not know that he chose the wrong Lance. So, while all three siblings succeed in overpowering Mortimer and stabbing him with the Lance, it does not kill him permanently.

6 Louis And His Sisters Kill Mortimer, But He Is Poisoned 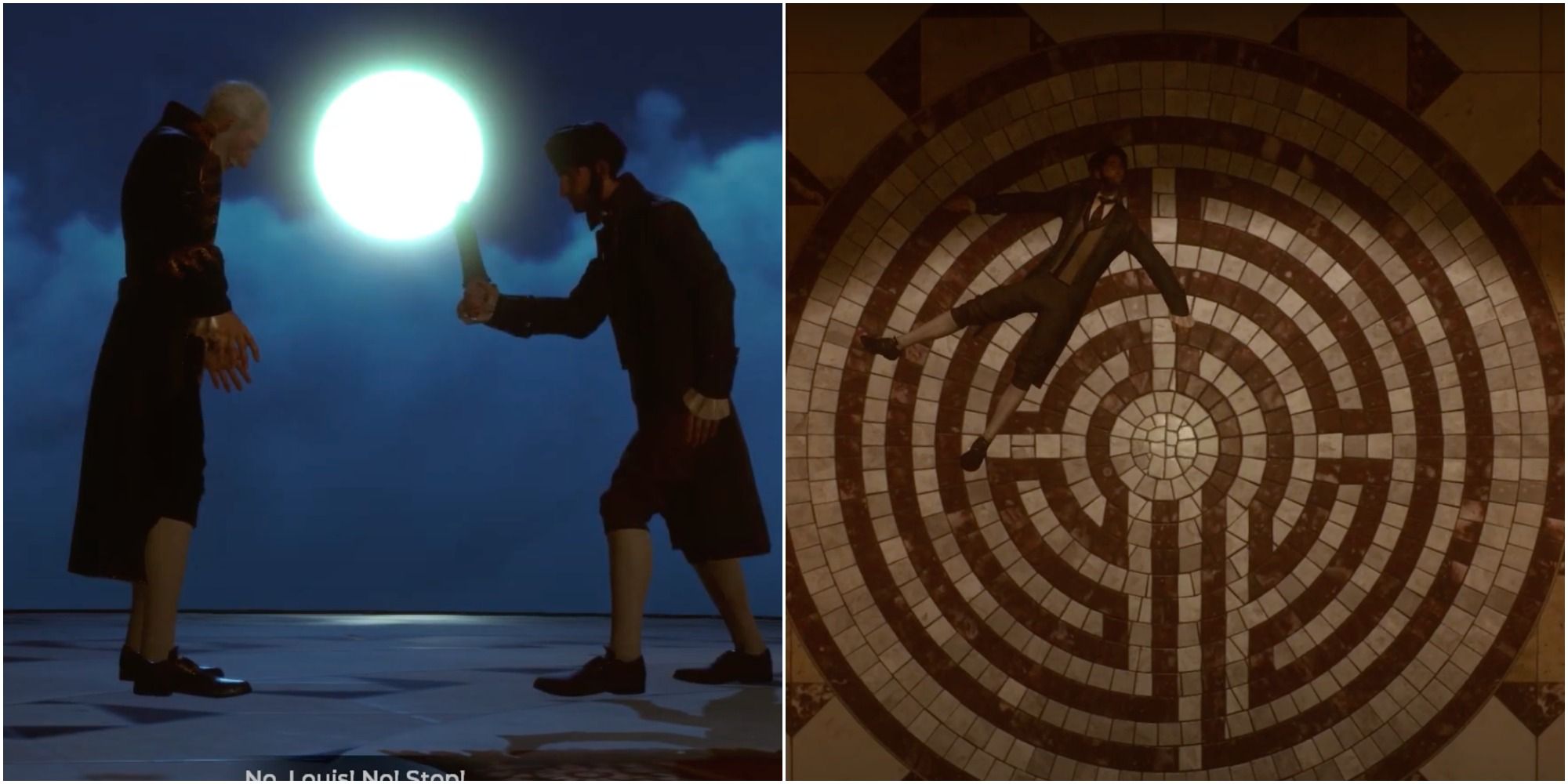 Louis and his sisters overpower Mortimer and incapacitate him. Louis is able to get close, and with the right Lance, he stabs Mortimer and kills him.

His sisters are relieved that it's all over, but the poison then begins to work. Louis dies of poison in the foyer of the castle.

5 Mortimer Is Defeated, But Louis Is Poisoned 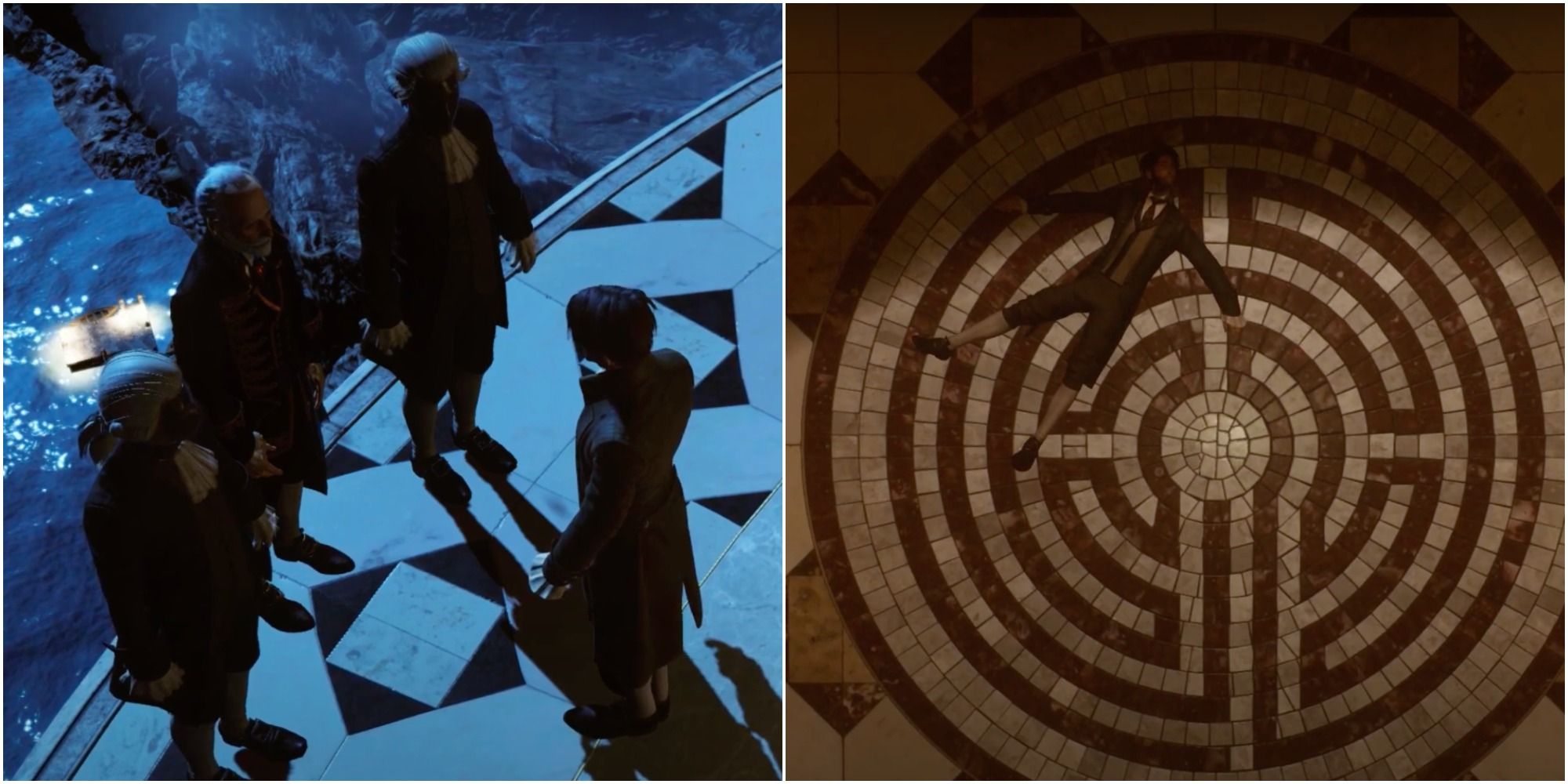 If Louis fails his confrontation with von Wollner in Episode 4, the latter will poison him. Not realizing how screwed he is, the poison's effects don't reach Louis until the end of the game.

Here, Louis succeeds in proving his worth to Asahel once again. Asahel defeats Mortimer as planned and welcomes Louis into the family. But before Louis could rejoice in his victory, the poison kicks in and he dies.

4 Mortimer Is Killed But With A Nail 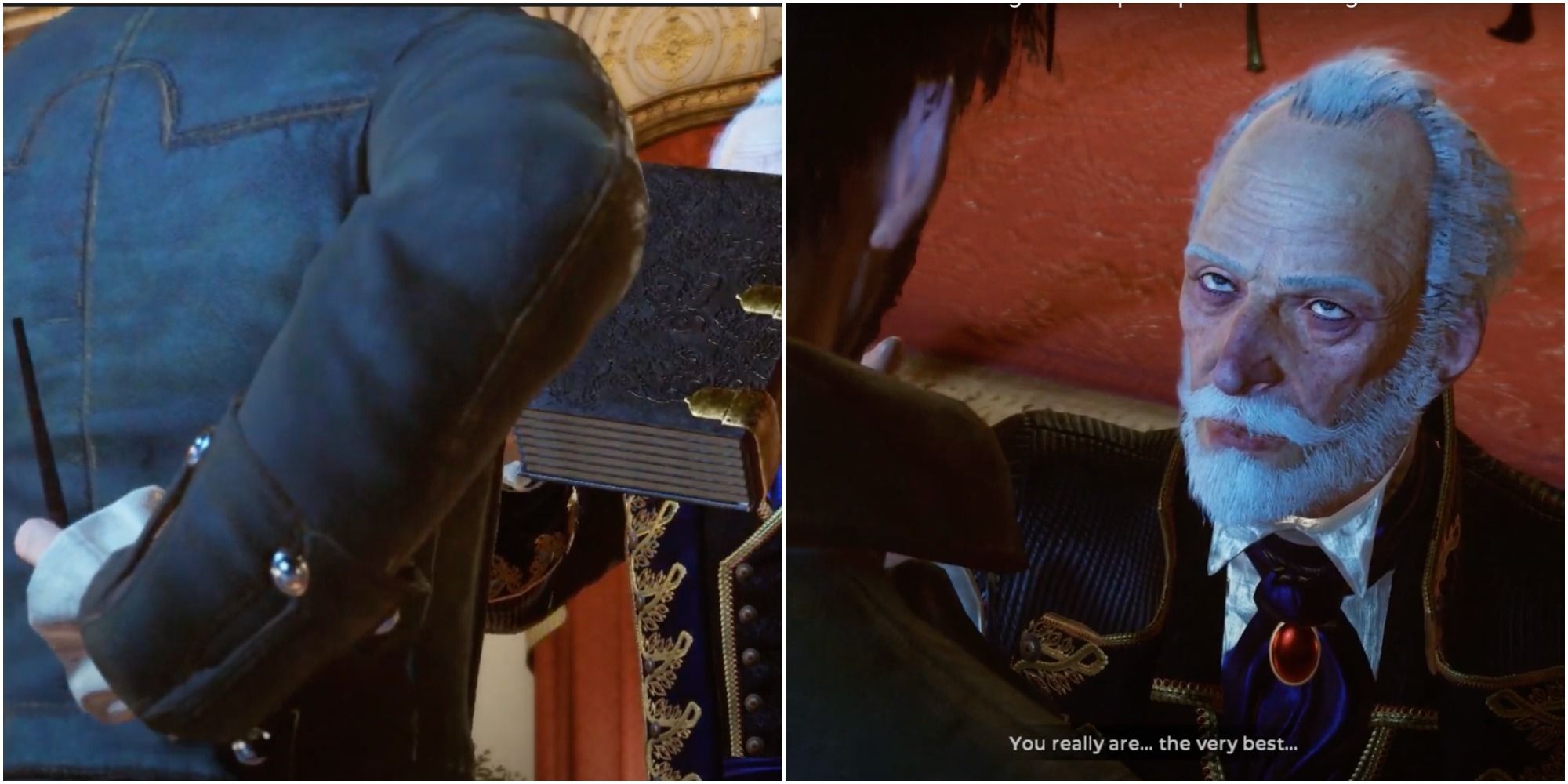 If Louis loses the Holy Lance but still has the nail used to pin Jesus Christ to the cross, you still have a chance. Mortimer had inadvertently given Louis the handbook on how to kill a Daemon, saying that any object with the blood of Christ can do the job.

Louis lures Mortimer with the Book of Al-Azif, before stabbing him with the nail. Mortimer laughs as he dies, saying Louis truly was the best of his children.

3 Mortimer Is Killed With The Holy Lance And Louis Wins 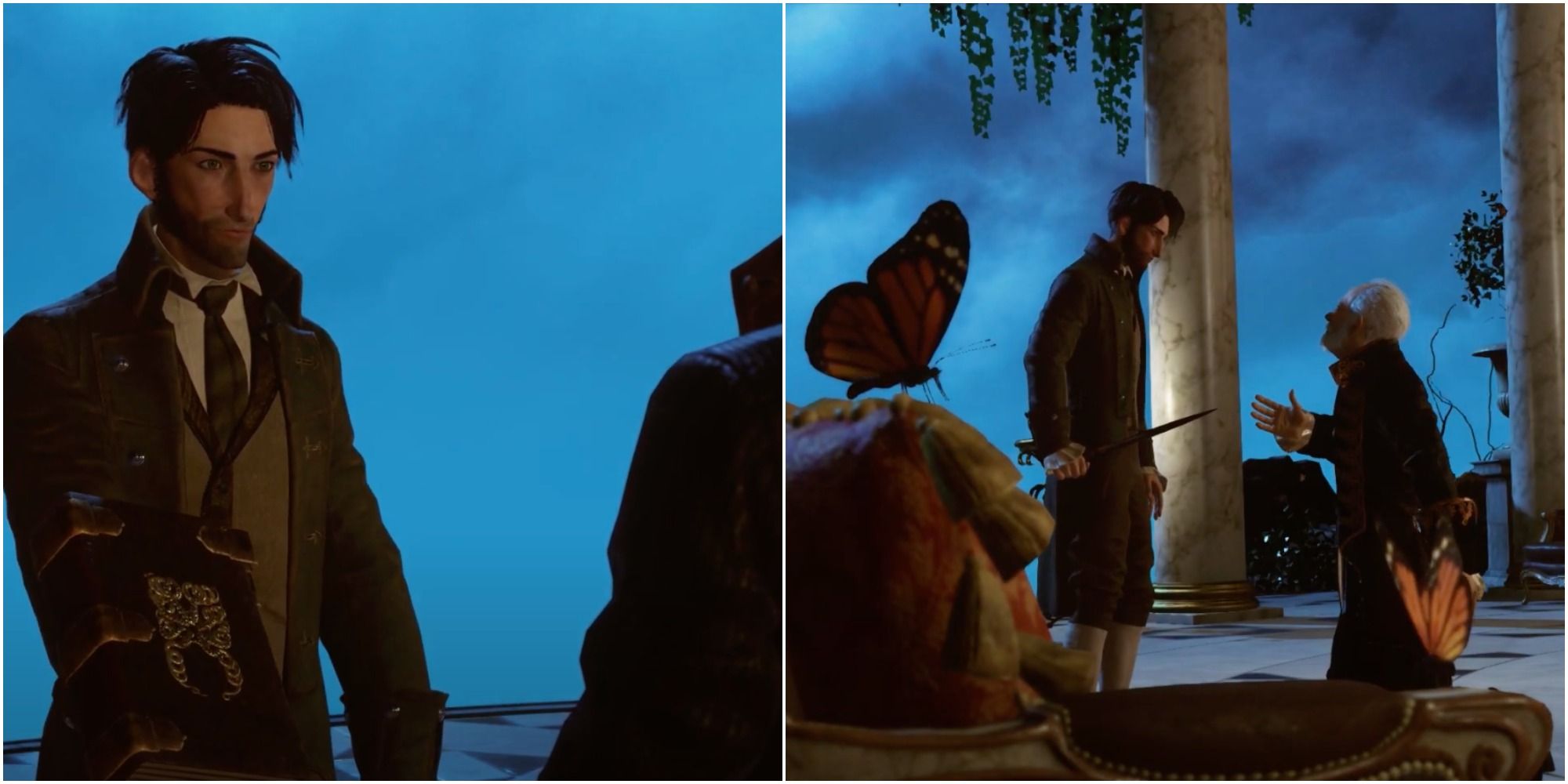 In this ending, Louis does not meet Asahel or ask for his sisters' help. Instead, he confronts Mortimer alone. To his horror, he discovers that Mortimer invited all his children to his island so that he could choose the most promising one as a new body.

Louis panics and has to think on his feet as Mortimer approaches him. He distracts him with the Book of Al-Azif, presenting it to Mortimer. The latter is pleased and reaches for it, only for Louis to stab him with the Lance, effectively killing him.

2 Mortimer Is Killed And Louis And His Sisters Take Over 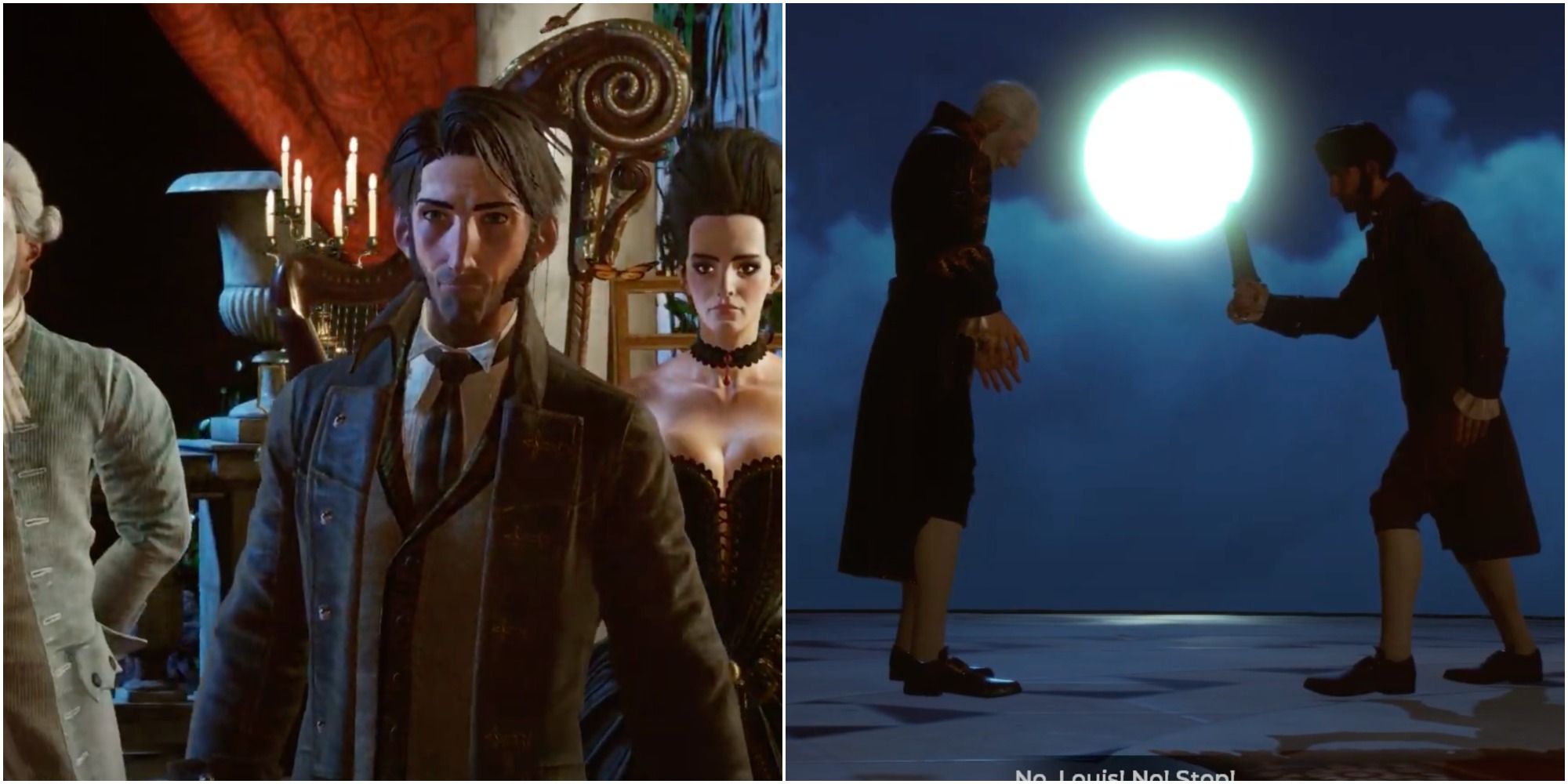 Before this final confrontation, Louis went to the underground crypts to recover the Holy Lance, a weapon powerful enough to permanently kill a Daemon. If you select the right one, you'll be able to definitively end Lord Mortimer.

After a successful battle of wills between Daemons, Louis will be able to stab Mortimer with the Holy Lance. Mortimer dies and Louis and his sisters, twins Emma and Emily, take over their father's estate and wealth.

1 Mortimer Is Defeated And Louis Takes Over 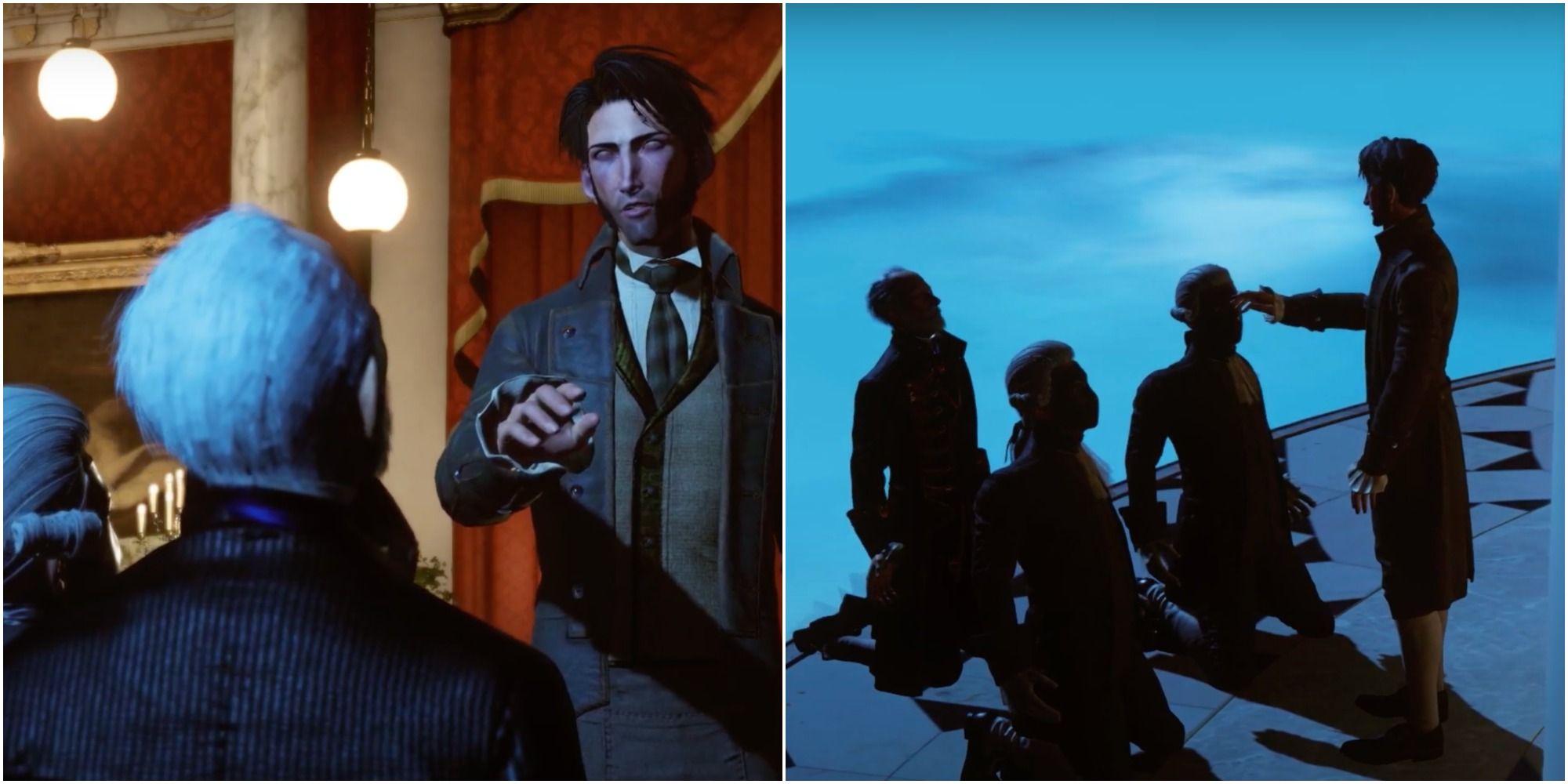 Louis meets his grandfather, Asahel, who enters his body in order to stop Mortimer. But before confronting Mortimer, Asahel tests Louis. If he answers everything correctly, Asahel welcomes him into the family as a full-fledged Daemon.

In this ending, you're free to enjoy the following cutscenes as Asahel easily defeats his son. Asahel tells Louis that the family rules prevent one Daemon from killing another, so Mortimer will be buried alive. Asahel then grants Louis all of Mortimer's possessions, including the swanky castle and private island.