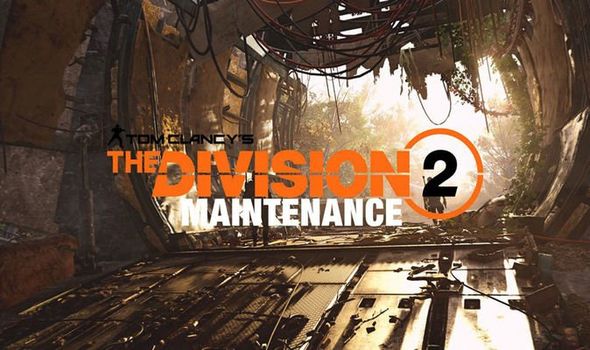 Ubisoft Massive has announced that they will be releasing a new Division 2 update today, April 18.

And this is just one in a series of patches that have been released over the past few weeks, with more set to follow.

Today’s update is focused on fixing gameplay problems that have been flagged by fans and does not contain any new content.

Maintenance will begin at 8:30am in the UK and fans will be required to update their games after servers return.

Ubisoft has confirmed that downtime is scheduled to last three-hours, meaning it should be completed by 11:30am, BST.

A message from the developers provides full details, adding: “The servers will shut down for a scheduled maintenance Thursday, April 18th at 09:30 AM CEST / 03:30 AM EDT / 12:30 AM PDT. Estimated downtime is approximately 3 hours.”

So what is changing with today’s Division 2 update?

A Snitch Heroic Bounties exploit is being removed, while the rules attached to higher difficulty levels in parts of the game are also being tweaked.

Ubisoft has also confirmed that a much larger update to the game has been delayed, meaning that The Division 2’s first raid won’t be going live until May 2019.

A statement from the studio reveals why the new content patch has been pushed back, confirming: “In order to fine-tune the balance of our game and to ensure the best possible player experience for everyone, we have decided to move the release of Title Update 3—including Operation Dark Hours, our 8-player Raid—from April 25 to May 2019.

“The final release date of Title Update 3 will be based on results from further testing and balancing of the game.

“Operation Dark Hours will be your biggest challenge to date, and we want to make sure that we’ve properly tested the large amount of balance changes that are coming to both PvE and PvP and listen to your feedback about the changes before introducing the raid.

“The Division 2 is a live game, and the team is committed to improve the quality of all upcoming updates.

“As announced on State of the Game last week, we are opening a Public Test Server (PTS) for The Division 2 on PC to test further updates and balance changes before they are released. The plan is to structure the PTS in phases, each lasting a few days and focusing on a specific part of the game.

“We will have surveys and dedicated forum threads (together with our traditional general and technical issues forums) to cover these topics.”

A full list of today’s patch notes can be found below: