Home » News » The Division 2 Warlords of New York hands-on: The chase is on for rogue agents

The Division 2 Warlords of New York hands-on: The chase is on for rogue agents

Ubisoft is launching its Tom Clancy’s The Division 2 Warlords of New York expansion on March 3 on the consoles and PC, and we’ve taken the first mission of the game for a spin.

It’s going to take players back to New York City, the center of the outbreak of the bio-engineered pandemic (yes, it seems all too real of a scenario right now) where the original events of The Division took place. The Divison 2 took players to Washington, D.C., where agents of The Division, a secret military organization tasked with rescuing the government in an emergency, gathered to save the nation’s capital.

But while that was happening, the villain of the first game, Aaron Keener, began taking over Lower Manhattan. he teamed up with other rogue agents and divided the city into separate sectors. You have to go on a manhunt, clearing each sector as a one-person army.

Starting Wednesday, Year 1 players will be able to play Episode 3 of The Division 2. In this episode, you go to Coney Island to hunt down a scientist with clues to the pandemic. He has been captured by Keener, and is being held in the one-time amusement park. For other players, the episode debuts on February 19. After that, on March 3, players can buy the $30 expansion for the Xbox One, PlayStation 4, and PC — or get it on Ubisoft’s Uplay+ subscription service. Later in March, it will debut on Google’s Stadia cloud-gaming service.

After completing The Division 2 Warlords of New York campaign, players can then fast travel freely between Washington DC and New York City to enjoy the entire range of The Division 2’s content.

The story of Warlords of New York 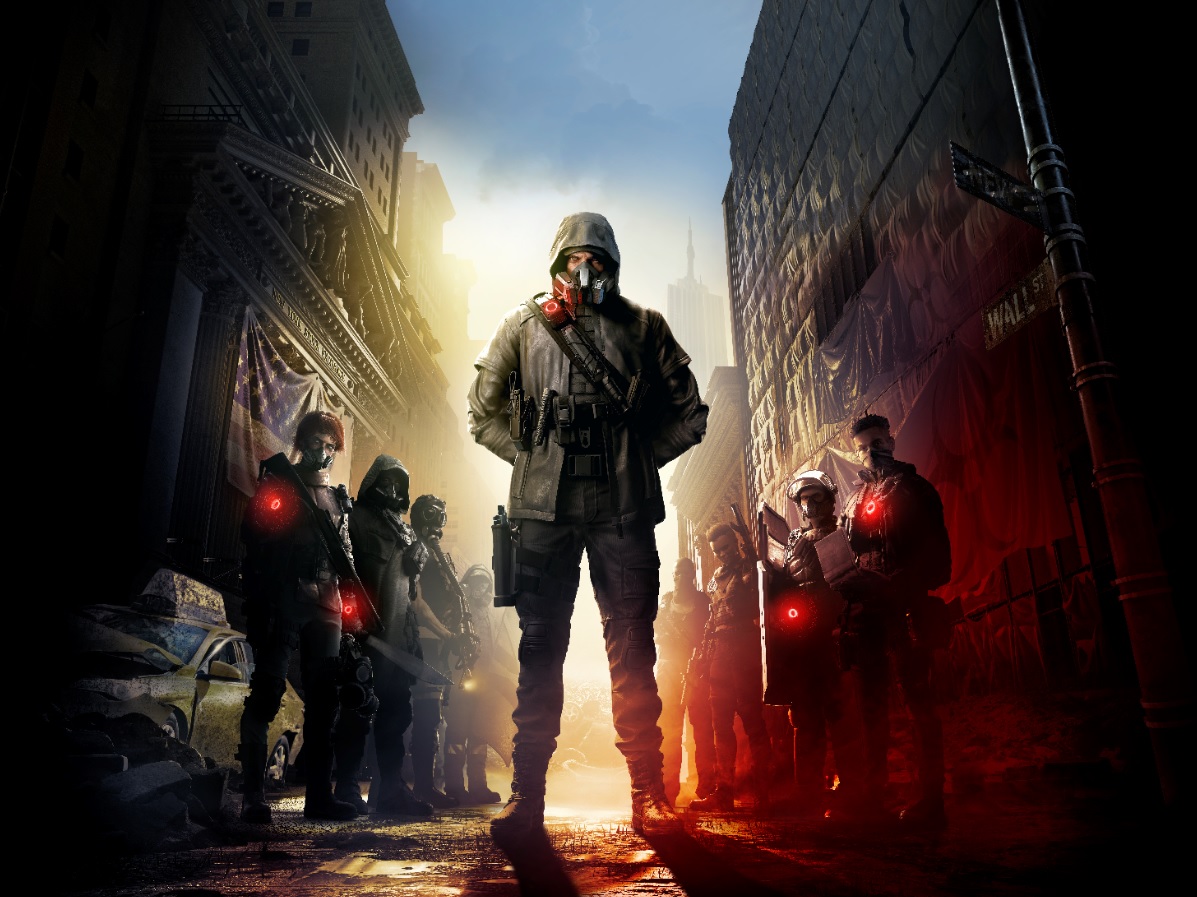 Above: You have to stop Aaron Keener from setting loose a new virus in Warlords of New York.

In Tom Clancy’s The Division 2 Warlords of New York, Division agents will go on the manhunt for Keener, who has not only gone rogue but has become insane, as he wants to use an improved version of the bio-engineered virus to wipe out the rest of humanity.

To track down Keener, agents will roam the untamed living open world of Lower Manhattan; a former Dark Zone that was recently hit by a devastating hurricane. Agents are tasked to explore new zones such as Civic Center, Two Bridges, Chinatown, and Wall Street.

To get to Keener, players must take down each of his rogue agents. Each rogue agent has their own unique back story and skill – which you gain once you take them down.

Above: Rikers Island prisoners are one of the factions in The Division 2.

After taking the time to hear and gather community feedback, core gameplay enhancements have been implemented across various topics such as build diversity, gear streamlining and even more meaningful loot.

Along with The Division 2 Warlords of New York, Title Update 8 will include a role-playing game (RPG) overhaul, allowing players to better read and manage their gear inventory. The user interface screen will be updated to always show the roll ranges for each stat on a piece of gear or weapon.

The overhaul also includes the return of god rolls, improving readability and helping players make better decisions on the gear’s usefulness to their build. Additionally, players will see a more streamlined gear recalibration system, with item and stat usefulness indicators, as well as permanent attribute and stat storage at the recalibration station. This will allow agents more flexibility.

The existing Dark Zones in The Division 2 are also being revamped, returning to a simpler rogue mechanic. The focus is on rewarding player-to-player interaction, whether its fighting against each other or helping a fellow agent against a tough rogue player in co-op play.

Seasons, Leagues, and the return of global events

Above: The cleaners are part of a faction that eradicates the virus and people via flamethrowers.

The expansion will also introduce a new post-launch philosophy: Seasons – a 3-month-long themed endgame event with a new main target and his network to track down, introducing them at a regular pace, each with their own stories and unique rewards.

The first season begins one week after the release of The Division 2 Warlords of New York. In addition to the Seasonal Manhunt, Seasons will offer new in-game activities. Leagues are a series of challenges for players with opportunities to unlock rewards based on players’ ability to complete such challenges.

Players will also see the return of global events, time-limited in-game events during which a global modifier is applied to the entire game and players will be rewarded by completing specific tasks. During each Season, players will grow their Season level to unlock various rewards by participating in the various seasonal activities or even simply playing the game.

Hands-on with the Tombs mission

I went after an agent named Parnell, who was hidden in an area called The Tombs in the Civic Center. I had to travel to a couple of safe points before I reached The Tombs. And I had to clear a couple of squads out of the way, as you can see at the beginning of the video.

Once I got to The Tombs, I had to chase down Parnell, who kept taunting me on the radio. 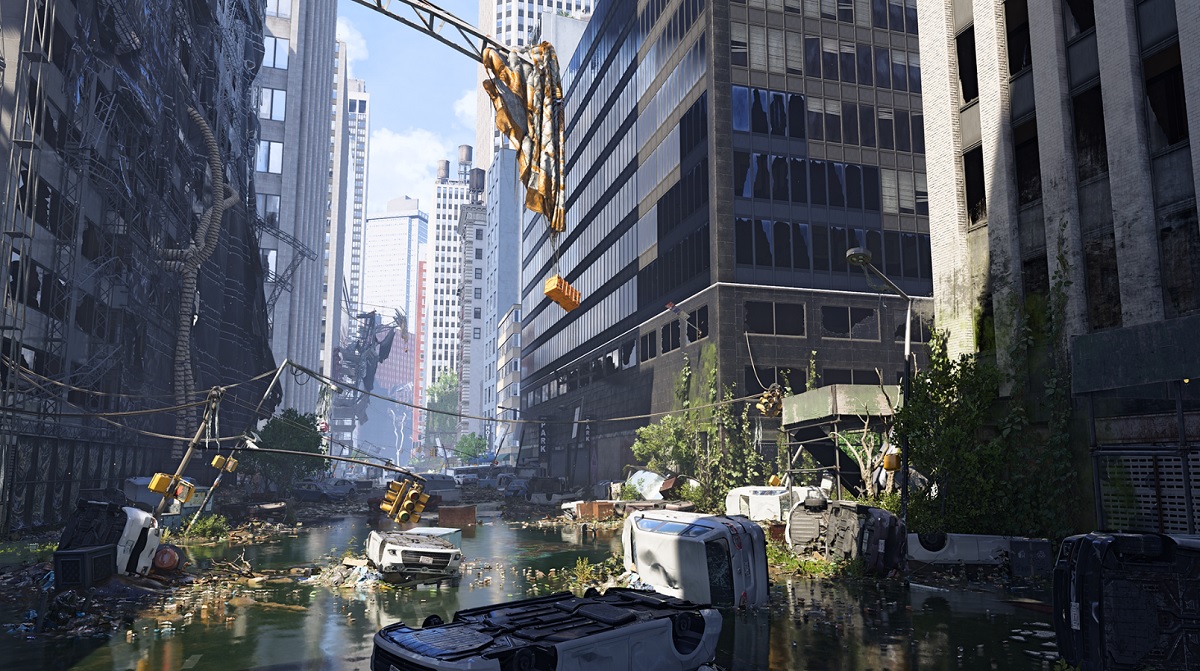 Above: New York is not in good shape eight months after a pandemic hit.

For a place that got hit by a hurricane, Lower Manhattan is in bad shape. It looks like the apocalypse came and went years ago, but this event is taking place only eight months after the pandemic hit.

I liked how one of the cut scenes showed the environment of New York, and it paused on one of the big stock exchanges. A sign on it read, “Trading Post.” It was a reminder of how far society has fallen, when one of the greatest stock exchanges of the world has been brought so low.

There is a lot of attention to detail, like the occasional dog running through the streets or newspapers blowing in the wind. Once bustling with activity, New York has become a quiet place.

I dashed through the mission in single-player play. And that was tough in some spots when the enemies came at me from all sides. They would appear on upper balconies, shooting down on me, while those on the ground level came in closer. Drones spit fire at me from the air, and big tanks would walk in with heavy armor and heavy machine guns. That made the fighting intense. I had to use my drone and my rolling grenades a lot, just to shake them off me.

You’ll also run into squads of enemies patrolling the streets and gunning down survivors for no other reason than to claim the dregs of civilization.

Enemies go down when you expect them to

It’s nice that the bullet sponges of the past have been replaced and you can actually take down an enemy without using a couple of clips on them. Of course, the heavily armored soldiers are still tough to bring down, so I had to save them for last and try to outflank them whenever they were trying to close in on me.

Aaron Keener is a real bastard

You don’t get to see much of Keener in this mission, but in the overall Warlords of New York expansion, he’s not a nice guy. You will grow to hate him, and even his own rogue agents won’t like him much either. But that should motivate you to stick with the expansion until you take him down. 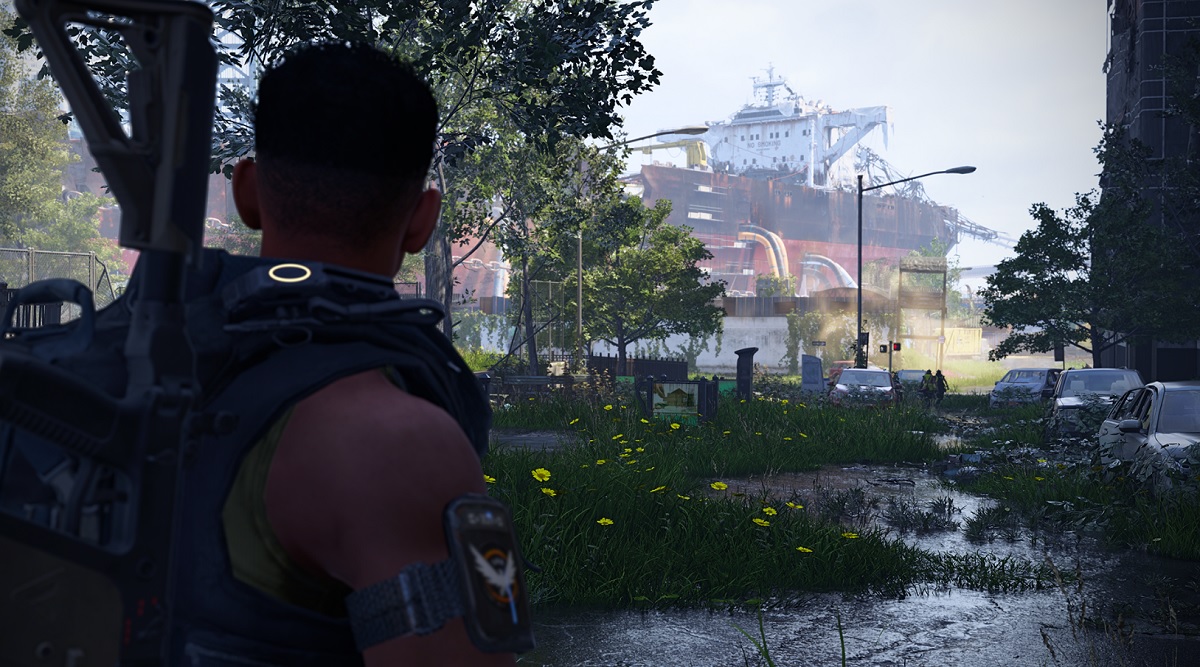 Above: Life in New York after a pandemic and a hurricane came through it.

A goofy ending to the mission

Parnell turns out to be good at presenting mirages of himself. The hacker shows you fake images that you shoot at, but his ability to do that across large distances doesn’t make a whole lot of sense. You eventually figure out who he is and take him down. Meanwhile, there are big automated machine gun turrets that can pin you down for a long time. You can take them out by shooting at generators, but that part seems a bit silly, as it takes a long time to disable the generators by shooting at them. Overall, I thought this mission could have been more interesting and more dramatic. Sure, it’s the first of a number of missions, but it should hold your attention better.

Battles can get boring

You have to hide behind cover. The enemies do to. They flush you out with grenades and try to outflank you. But they never move fast enough, and you can hold them off if you aren’t too aggressive. This is a sure-fire way to win every firefight, but it does get a little boring. Fortunately, the game throws bosses at you to spice things up. So this isn’t what I’d call a severe problem. More like an annoyance. 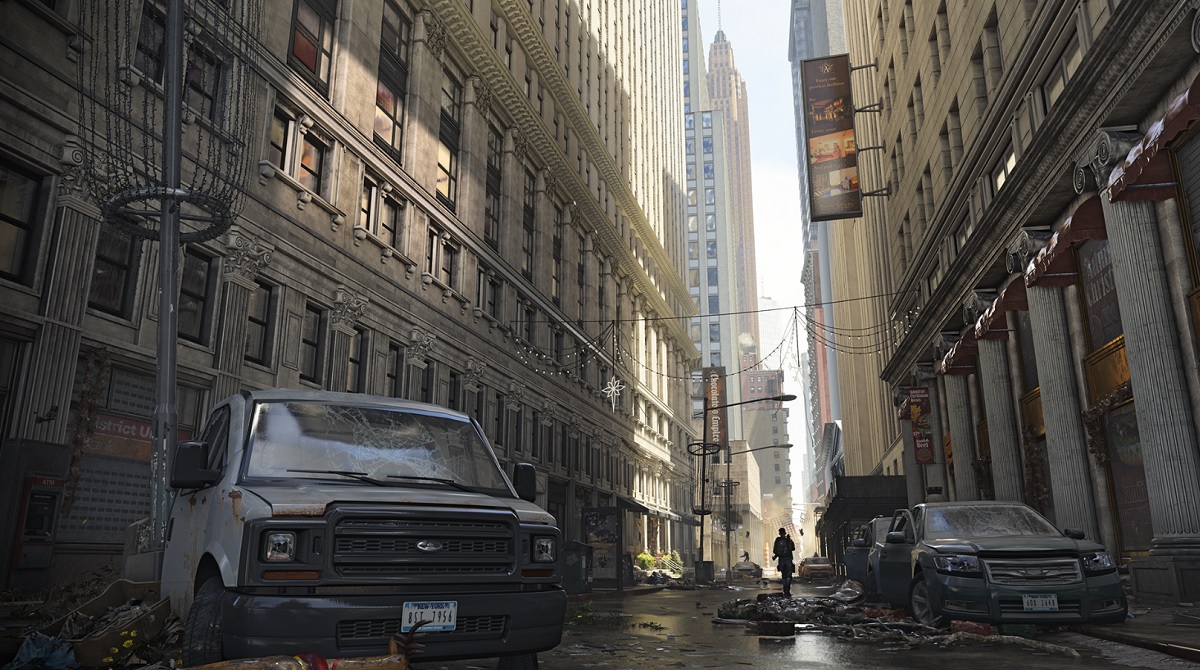 Above: The streets of Lower Manhattan are a lonely place in The Division 2.

If you’re a fan of The Division 2 and you’re already hooked on the franchise, you’ll likely love it. I like how the story guides you along and the game focuses on a narratives and characters. It’s always more fun doing a mission when you are chasing after someone that you just don’t like, and these rogue agents are bad news.

The combat isn’t particularly difficult in the first mission, but I imagine it will get harder. I like how Ubisoft is preparing for seasoned players to blow through the content fast and demand more. The company is ready to give fans of The Division 2 all they can eat. And that’s a good thing in this era of endless games.

Will the Insurance Company Cancel Your Insurance if you Have an Accident?

Mass Effect: Legendary Edition is still coming — but not this year