The Halo TV Show Will Have Its Own "Silver Timeline" Canon 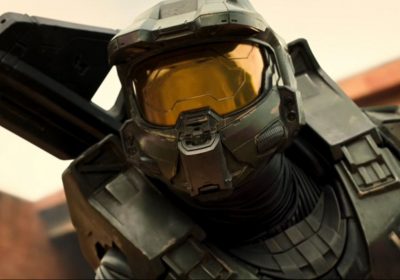 Paramount's Halo TV show will have its own canon, known as the "silver timeline".

Anyone who's a fan of Halo outside of the main games will know that it has a pretty complicated canon. From books to anime, there's a lot more to Halo's universe than just Master Chief's adventures, which begged the question – how was the Paramount TV show going to handle the rest of the universe's pre-established canon?

Smartly, it's now been confirmed that the Halo TV show will have its own canon and will be known as the "silver timeline". Halopedia shared an interview with 343 head of transmedia Kiki Wolfkill, who discusses the reasoning behind giving the Paramount show its own timeline and canon.

Wolfkill says, "We do have some context and perspective that is different from some of those stories that we've experienced or read about in the games. We're referring to this as the Halo Silver Timeline as a way of differentiating it from core canon. And both protecting core canon and protecting the television story, and by that, I mean being able to give ourselves the chance to evolve both and for both to be what they need to be for their mediums without colliding with each other."

Not only is it probably best to separate the TV story from the rest of the series considering how far the canon stretches, it probably shouldn't come as too much of a surprise considering the footage we've seen from the series so far. It's tough to tell with such little dialogue, but it certainly seems to take place during the earlier parts of Master Chief's career, with a much less damaged suit than we see in games like Infinite, as well as the appearances of Dr Halsey and Sergeant Johnson.

As reported by GamesRadar+, Wolfkill has previously said that, "the biggest challenge with adapting the game is, the game is designed to put you into Chief's armor. What we're asking people to do with the show is to sit back and say we're going to present a side of Chief that you just don't get to play in the game."