Home » News » The Legend Of Zelda: Breath Of The Wild Naming All Its Landmarks Is Part Of What Makes It So Compelling

The Legend Of Zelda: Breath Of The Wild Naming All Its Landmarks Is Part Of What Makes It So Compelling 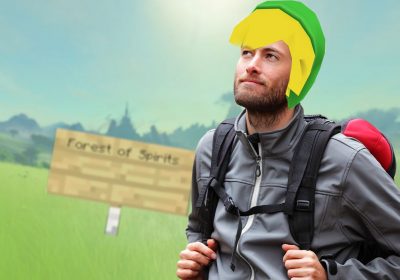 Over Christmas break, I jumped back into Breath of the Wild. It's been a while since I played Nintendo's 2017 masterpiece, and upon starting again, I was struck by something that didn't make much of an impression the first time around.

When I played it back in 2017 I was in awe of the game's geographical minimalism; by how little information was revealed by climbing and activating a tower. Once the dew drop of knowledge descended from the tower to the Sheikah Slate, Link's iPad suddenly had a detailed topographical map of that region, but it lacked any of the activities you could find within its borders. Whereas hitting a sync point in Assassin's Creed 2 would dot your map with wanted posters to tear down, foot races to compete in, dudes to beat up, and more, Breath of the Wild gave you a map, but withheld what the area it represented contained.

In that game-changing simplicity, though, it's easy to miss how much information BOTW does give. When you reveal the map, the game also reveals the names of most notable geographic features within that region. A quick perusal of the Faron region, for example, reveals Lake of the Horse God and Horse God Bridge. Those sound really interesting! Look north to the Great Plateau and you'll find the Forest of Time and the Forest of Spirits. Interesting! Elsewhere, you'll spot Thundra Plateau, Breach of Demise, Forgotten Temple, Death Caldera, and Tingel Island. Interesting!!! 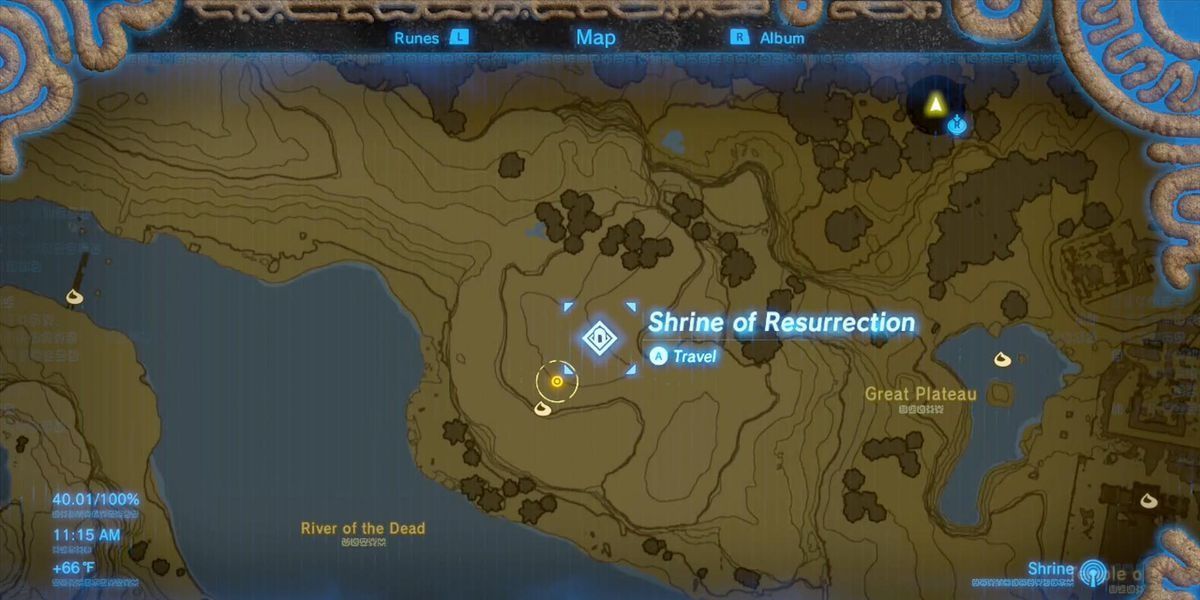 The map's labels are inviting for both new and returning players. If this is your first Zelda, the name "Breach of Demise" may prompt a self-directed quest. It's an evocative and tragic-sounding name. But, if you've played every Zelda game, Tingel Island may inspire you to scour the landmass for any connection to the familiar green-clad character (whose name is, admittedly, spelled slightly different). Or, the name "Ranch Ruins" may seduce Ocarina of Time fans with its suggestion of that game's Lon Lon Ranch. Though Zelda isn't an easy series to follow lore-wise — it mostly feels like Nintendo has used Proper Nouns as musical motifs and, in the age of lore bibles, worked backwards to make it all fit together — there are often interesting finds for returning players to spot.

The game also, wisely, omits labels at times when doing so can help preserve a sense of mystery. Eventide Island, located at the bottom right of the map, is nameless, while landmarks within it are named. If you seek it out, you'll find one of the game's best challenges. The mysterious labyrinths around the map are, similarly, unnamed. And, of course, some of the game's most interesting secrets can only be discovered by paying careful attention to the world around you. Dragons don't show up on any map, but if you look to the sky at night you might see one fly by.

Breath of the Wild is brilliant for this mixture of forthrightness and withholding. It tells you some things right up front, while other things it expects you to find for yourself. Like the weenies in its world that guide your vision, a label like Skull Lake, may encourage you to explore. Many games compromise their visions in little ways, but Breath of the Wild has the (Moblin) guts to stick to its guns, even in the small stuff.