Home » News » The Lord Of The Rings: The Rings Of Power Becomes Amazon Prime’s Most-Watched Premiere At 25 Million Viewers

The Lord Of The Rings: The Rings Of Power Becomes Amazon Prime’s Most-Watched Premiere At 25 Million Viewers 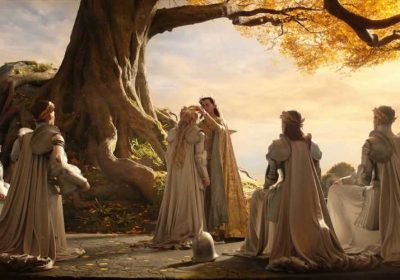 The Lord of the Rings: The Rings of Power just passed a major milestone, becoming the most-watched premiere on the popular streaming service Amazon Prime. The show managed to attract over 25 million viewers around the world within a lapse of just 24 hours, a significant feat for any feature.

The company behind the show, Amazon, revealed the news in a press release, followed shortly afterwards with a post by the official Twitter account for the series. According to Amazon, The Lord of the Rings: The Rings of Power has broken all previously established records on the streaming service, debuting in “more than 240 countries and territories worldwide."

“It is somehow fitting that Tolkien’s stories — among the most popular of all time and what many consider to be the true origin of the fantasy genre — have led us to this proud moment," head of Amazon Studios Jennifer Salke remarked. "I am so grateful to the Tolkien Estate and to our showrunners J.D. Payne and Patrick McKay, Executive Producer Lindsey Weber, cast and crew for their tireless collaborative efforts and boundless creative energy. And it is the tens of millions of fans watching, clearly as passionate about Middle-earth as we are, who are our true measure of success.”

The Lord of the Rings: The Rings of Power has been attracting attention ever since it was announced back in January. Filming for the first season began somewhat earlier in New Zealand, running from February, 2020 until August, 2021. The show reportedly had a budget of well over $460 million for its first season alone.

The show has not been without controversy despite having only just premiered. Amazon has apparently prevented users from reviewing the series on its platform for 72 hours following fears of review bombing, a practice that involves leaving negative reviews for a variety of reasons unrelated to quality. This however has not prevented users from rating the series poorly on other platforms, namely Rotten Tomatoes and IMDb.