The must-have PS5 and Xbox games of 2023: From Star Wars to Harry Potter 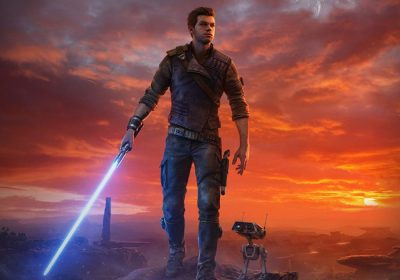 2023 is going to be a bumper 12 months for video games after a lacklustre end to last year.

Developers hit by covid-related issue saw a lack of the usual big end-of-year blockbusters to enjoy.

But as we emerge into a new year there’s plenty of big titles on the horizon to get excited about across the PS5, Xbox Series X and Nintendo Switch consoles…

Much-heralded role-play magic game Forspoken lands January 24 and there’s already a demo on console for you to try.

Expect action, adventure and plenty of colourful magic spells across an epic story written by the brains behind Playstation hit series Uncharted.

We’ll also get a remake of 2008 horror sci-fi game Dead Space on January 27. And it’s looking gorgeous in the trailers.

Harry Potter fans will be falling over themselves for the long-delayed Hogwarts Legacy on February 10.

It’s an open-world game around the famous movie castle where you’ll learn to become an expert wizard while battling familiar baddies from the JK Rowling books.

The £530 PSVR2 comes this month as well, and those who have tried the immersive VR headset reckon it’s incredibly lifelike and far better than the original.

There will be launch games too, with Horizon Call of the Mountain on February 22 a stand-out, featuring the wonderful post-apocalypse world of the Sony Horizon action series.

Star Wars fans will also get to buy sequel Jedi Survivor, which follows the continuing story of hero Cal Ketsis after his battle with the Empire in 2019’s smash hit Fallen Order.

It’ll be a tough game with lots of dying and trial and error combat. But there’ll also be some iconic heroes and villains to fight along the way.

This is zombie month eith Dead Island 2 expected to gore up consoles. After eight years of development, you’ll be able to travel a horror show of an island carving up the undead to your heart’s content.

Nintendo fans will finally be able to get their hands on the hugely anticipated The Legend of Zelda: Tears of the Kingdom.

This is a sequel to 2017’s Breath of the Wild which was widely considered one of the best Nintendo games ever.

You’ll get a vast new open world to explore as hero link and plenty of dungeons to visit and baddies to battle on the 12th of the month.

And on May 26 it’s time for the PS5 and Xbox blockbuster Suicide Squad: Kill the Justice League, where you’ll take on the likes of Harley Quinn and Capt Boomerang while battling evil versions of heroes like Batman and Superman in a fun-filled rollercoaster ride of a fight game.

Brawler fans can spend all of June beating the hell out of each other on Street Fighter 6.

Capcom is back with another instalment in this side-scrolling classic franchise and you can expect a huge roster of oversized lumps to choose from in your battle arena of choice.

There will be Ken, Ryu and Chun-Li alongside more modern characters like Jamie and Kimberly when it drops on June 2.

The equally classic Final Fantasy series gets its 16th entry too on PS5 at the end of the month, which sees the makers ditch the open world gameplay of recent years for more constrained environments across a global storyline.

2ND HALF OF THE YEAR

After June release dates get a little sketchier, but we know game makers are planning to release a load of hit titles across the final six months of 2023.

They include Redfall, an open world vampire shooter by renowned Arkane studios, S.T.A.L.K.E.R. 2: Heart of Chornobyl, which comes 13 years after the original shooter wowed gamers.

Heavily promoted space epic Starfield is expected to light up the Xbox this year and has been dubbed a “skyrim in space” for those into playing games for hundreds of hours.

Cult horror action title Alan Wake 2 will come in 2023 as will Assassin’s Creed Mirage, a stealth-focused story-driven adventure which is the 13th major title in that series.

PS5 exclusive Marvel’s Spider-Man 2 will help to fill out the year as Spidey and his superhero pal Miles Morales return for fresh New York fun battling the villainous Venom.

We can also expect a major story expansion to 2022’s Call of Duty Modern Warfare 2 and the return of point-and-click stars Telltale Games with a sequel to 2013 monsters smash The Wolf Among Us.