Home » News » The Next Smash Bros. Ultimate Fighter Is Kazuya

The Next Smash Bros. Ultimate Fighter Is Kazuya 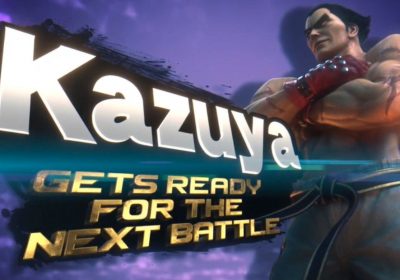 It wouldn’t be E3 without a new Smash fighter reveal, and today Sakurai brought the news of the newest character coming to the game. Kazuya is coming to Super Smash Bros. Ultimate from the Tekken franchise.

Kazuya is the 85th character joining the Smash Ultimate roster and the firth released as part of Fighter Pass Volume 2 following Min Min, Steve & Alex, Sephiroth, and Pyra/Mythra. There is one more Smash character still to come as part of the second Fighter Pass, which players can expect sometime later this year.

In classic Smash Bros. fashion, Kazuya was revealed was a short cinematic trailer. In the cinematic, Kazuya is seen climbing a mountain before his name is revealed and some gameplay of his fighting style is shown.

Game director Masahiro Sakurai offered quite a few details about the playstyle of Kazuya, including lots of Tekken-inspired combos and special attacks.

Kazuya will be coming to Smash Bros. Ultimate later this year for owners of Fighter Pass Volume 2. A deep dive video on Kazuya’s moveset will air on June 28. The 11th and final Fighter Pass character pack is expected to be announced later this year.