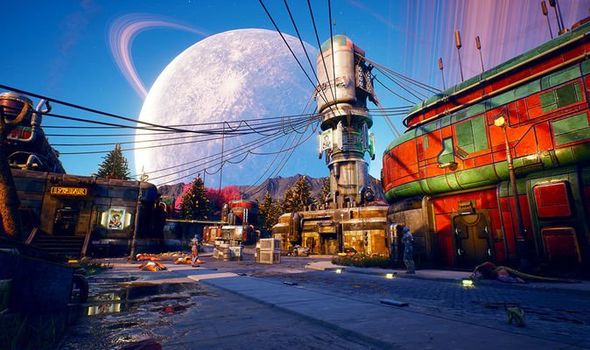 The Outer Worlds arrives on October 25 and it looks like there’s plenty to look forward to. Launching alongside some stiff competition, hype has been slowly building around the action RPG.

The good news is that The Outer Worlds is being released on PC, Xbox One and PS4 this week, The even better news is that it will eventually arrive on Nintendo Switch and will also be available to play through Xbox Game Pass.

So when exactly can fans expect The Outer Worlds server to go live and the game to become playable?

The Outer Worlds release date has been set for Friday, October 25, 2019.

This is the launch date set for game on PS4, Xbox One and PC, with the Microsoft Windows Store and Epic Games store included.

But when it comes to The Outer Worlds launch times, things will be a little different depending on where you live.

On PC, instead of choosing to launch at the same local time, developers Obsidian have chosen different schedules, depending on region.

It makes things a little more complicated, while the console version will stick to a rolling midnight launch on October 25, apart from in North America.

A message from Obsidian confirms: “Greetings colonists! After spending months in hyperspace, we are finally approaching our destination – the Halycon colony.

“The Board wants to thank you for your mandatory voluntary participation in helping us shape the future of the colony.

“Please pay attention to this transmission for assistance in understanding when your departure begins.

“The Outer Worlds will launch on Xbox, PlayStation 4, and PC and depending on which platform you are playing on; the timing may vary. We have compiled a few maps detailing the release.”

The good news is that The Outer Worlds preload is available now on Xbox One and PC, and is going live on PS4 on October 23.

This will give fans the chance to download the game before it launches on October 25.

And this might prove very important to those who want to jump straight into the space adventure.

While you can preload the game, the dev team has warned that a massive Day One patch is being planned.

This will mean having to find extra space on your console and waiting until the installation is complete before playing the game.

“Expect a title update on launch day for those who purchase physical copies of both Xbox and PS4 that will include tweaks and optimisation fixes,” a message from Obsidian reveals.

“For digital purchases on both Xbox and PS4, the patch will be included in the pre-load of the game.

“To experience the game in the best way possible, please make sure to install this update before playing.

“Again, we appreciate your cooperation in ensuring the success of the colony as we know you will faithfully carry out your duties.”