Home » News » The Owl House: For The Future Review – A Personal Journey Of Cosmic Proportions 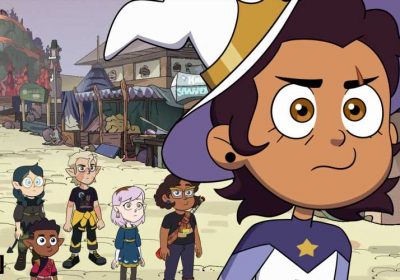 There are moments throughout For The Future where it becomes clear that The Owl House has far too much ground to cover and not nearly enough time to do it. You can hardly call it rushed, since creator Dana Terrace had her show canceled and was offered the alternative of wrapping up several seasons worth of narrative in three extended specials. Yet your mind can’t help but conjure up an idea of what could have been. Even so, everything it manages to achieve in terms of world building, character work, and narrative weight is quite special.

The final act’s middle chapter, For The Future, begins with Luz Noceda, her magical friends, and baseball bat wielding mother returning to The Boiling Isles, which has now been transformed by The Collector into a cosmic paradise. A fluorescent purple haze can be seen throughout the realm, permeating across each landscape and landmark in a collage of fallen stars and childlike innocence hiding a far more sinister ultimatum. Returning here after a stint in the human world is bittersweet for our heroes, with everyone and everything they once knew now obscured by a dioramic apocalypse. Thus, they retreat to where it all began.

The Owl House is long abandoned, looted and plastered with graffiti over the past several months by former enemies who believe Eda Clawthorne to be long dead. No furniture lines its halls, and paraphernalia that once defined it as a smorgasbord of magical rebellion has been torn away, leaving behind nothing but dust and memories. It’s heartbreaking to see it in such disarray after spending so long here, but our ensemble still makes it into a home worth treasuring. 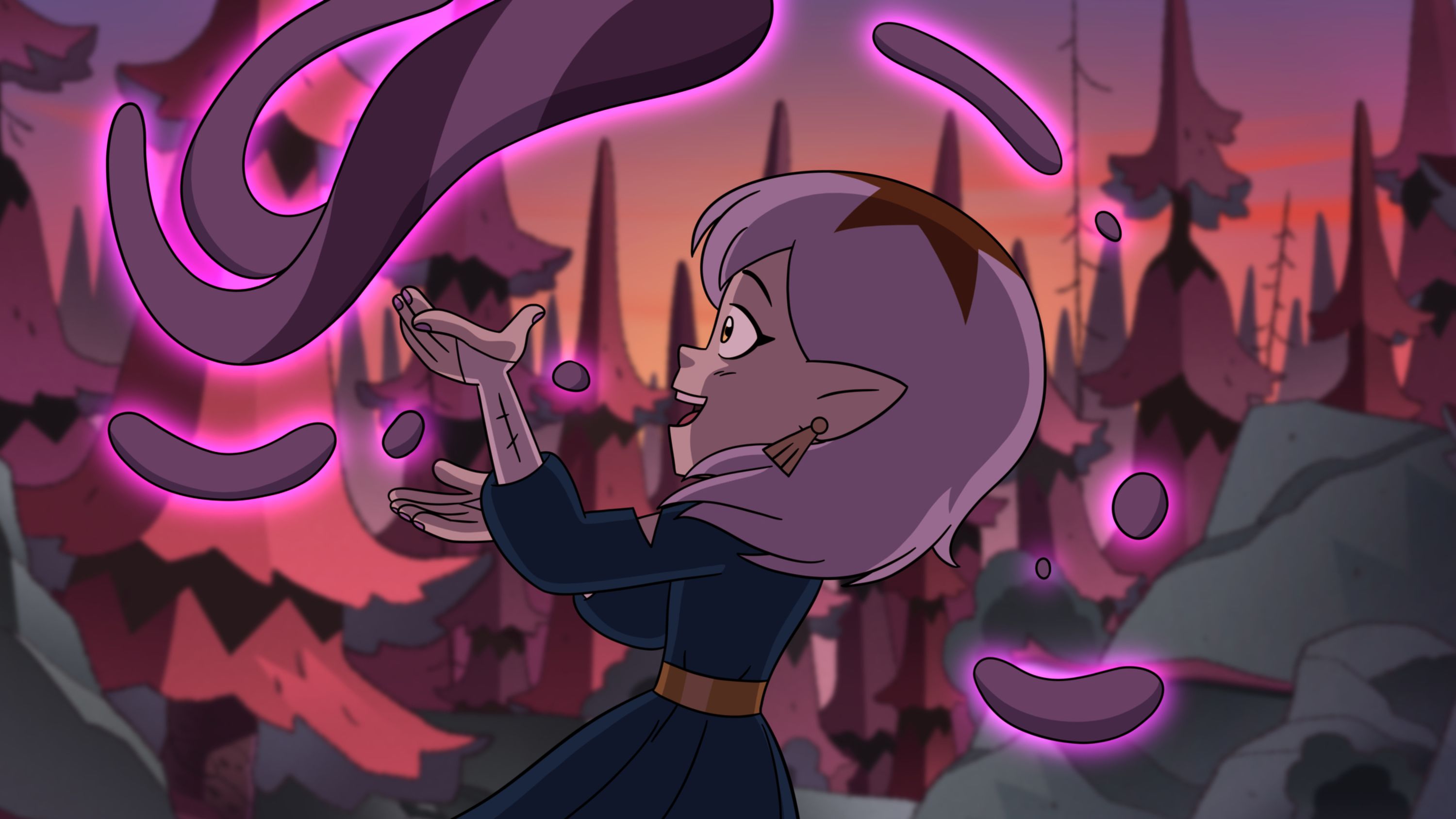 Almost every frame contributes to the narrative, either through minute character details or dialogue that informs individual arcs or builds towards the coming finale. There isn’t a second to waste here, and so it often feels like For The Future is scrambling to assemble its pieces in the fear a crucial element will be left behind. Willow’s struggle with the burden of responsibility and leadership clouding her sense of self feels sudden, bolstered by Hunter’s own acknowledgment of loss as the duo grow closer and stronger after coming to accept their own respective shortcomings. Amity confronts Boscha, who has since taken over Hexside with fellow rebels and the help of a familiar villain, and wants her friend to be the egotistical bully she used to be, refusing to accept people moving on with life without her.

There are many relatable character arcs and narrative revelations here that would have been given several episodes to evolve in another world, and For The Future does all it can with them, leaving fans to fill in the gaps and build out this universe on their own terms. It’s a miracle that much of the cast is given room to reach their thematic destination without consequence. Hunter and Willow end up at a place that will delight fans who have waited months to see them not only reconcile, but conquer obstacles to become bigger and better people, and Luz and King are thankfully brought to the forefront. 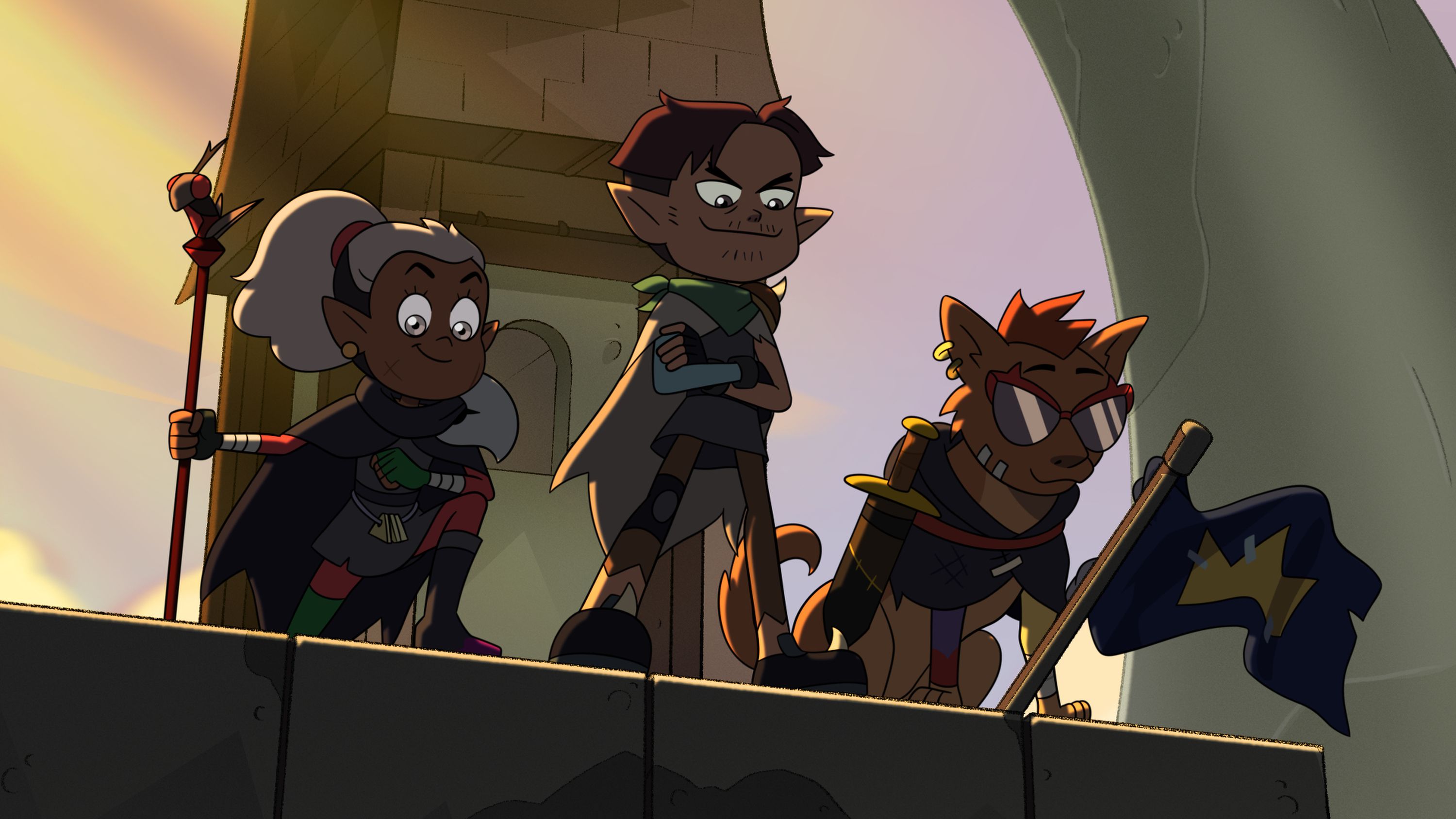 King is The Collector’s new bestie, avoiding a tragic fate by listening to his captor’s whims even if it means playing a part in games that put his friends and family in danger. An early scene has Luz and King briefly reunite, powerless to stop the unfolding chaos, knowing that a single spoken word or wrong step forward could spell doom for them all. There are real stakes here, a commendable effort given how little screen time The Collector has been given to establish himself. He’s a tragic figure, eager to turn The Boiling Isles into a place where he doesn’t have to be alone anymore, leaving behind a lifetime of betrayal and abandonment we are only just now starting to understand. Belos is the real evil here, releasing a flawed child onto the world in order to harbour his power without considering the consequences.

I would have loved to see more from Eda, Lilith, Hooty, and Raine – who are aesthetically unrecognizable after months of isolation. Lilith’s hair is cut back completely, natural colour returning in the wake of her more confident personality, while Eda’s arm is still gone, bandaged as she yearns for those she couldn’t save. Themes of reconciliation and loss are common throughout this second special, effectively weaving together any and all remaining threads before the final showdown. It’s hard to tell where it all goes from here, or how exactly the plot will be satisfyingly concluded without leaving things on the cutting room floor. Time skips mean we are required to read between the lines and picture huge steps taken by characters instead of seeing them for ourselves, brought in to witness their finality without nearly as much impact. It still works, but the frustration of those behind the scenes trying so hard to piece all these disparate links together is clear to see. 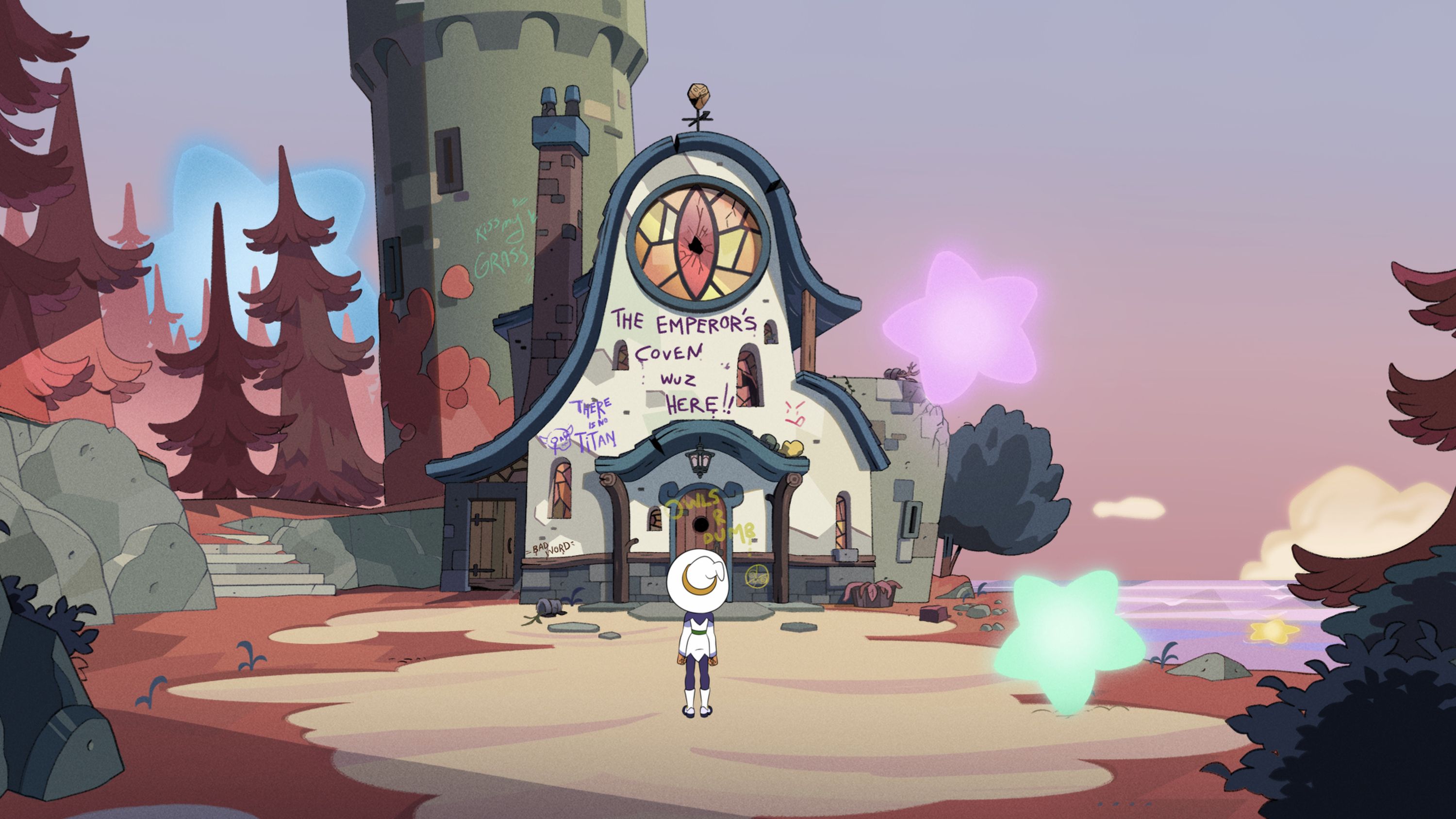 Yet the core message of it all remains: how young people can embrace who they really are. Whether it be recognising queerness, overlooking personal insecurities, or facing grief and ostracization square in the face, only to come out the other end stronger than ever. This has been the whole point of Luz’s journey, and to see it reach a worthwhile conclusion with room still to grow isn’t what I expected, even more so in how direct it manages to be in how our heroine faces the inner demons she’s been burying deep down for so long. She has always wanted to be understood, even if it meant running away from problems that would eventually need to be conquered. Luz and Camila are unafraid to bear their souls to one another as her mother talks to friends for advice is so touching, and grounds this otherwise apocalyptic tale to a place anyone can relate to.

For The Future is a confident yet conflicted penultimate chapter for The Owl House. In under an hour, it manages to conclude the stories of several main characters while leaving the door open for further expansion moving forward. The main cast is given equal billing, chances to shine even if the spotlight is taken away from them much too quickly. Not due to poor pacing or lacklustre storytelling, but the premature end this show has met in spite of perseverance. It had no right or even realistic chance of sticking the landing like this, but it does so with style.