The Owl House Understands The Fear Of Making Yourself Vulnerable

Opening up to people is never easy. Some wear hearts on their sleeves, while others aren’t willing to surrender their feelings until a tangible bond of trust has been formed. It isn’t unusual to bottle things up, to blame yourself for viewing life a certain way and believing that putting this burden on other people would only ever make things worse. So you seek out distractions, or a focus to push these feelings to the back of your mind until they inevitably bubble up again. That approach isn’t healthy, but it’s all too common.

Dana Terrace’s The Owl House is an animated show that has never been afraid to explore complex emotions, whether it be Amity Blight’s close association with queer rebellion or Luz Noceda being confronted with the consequences of her own actions. Our adventure across The Boiling Isles is one defined by fantastical escapism and cutesy sapphic romance, but it’s also not afraid to reveal its darker side, providing us with an honest picture of grief and the acceptance that comes with trusting those closest to you.

‘Reaching Out’ is an episode that understands the value of that message and unfolds it in myriad ways. Luz awakens to find an alarm ringing out on her phone, reminding them of an upcoming event with their mother that she unfortunately isn’t able to make. She’s stranded in this fantasy world after all. But unlike her usual familial troubles, this is one that sticks with Luz, lingering over her throughout the episode, so much so that it causes her to make silly decisions that inconvenience both herself and those around her. The viewer is kept in the dark about this, pondering on what exactly has gone wrong.

Amity is going through parental troubles of her own. No longer wishing to become a member of The Emperor’s Coven given they’re a fascist cabal, she approaches her father and asks to compete in the Bonesborough Brawl, a deathmatch that he himself won many years ago. She wants to become closer to her father while leaving behind the shackles her mother had long ago burdened her with. But her Dad doesn’t see it that way, convinced this is the right thing for his daughter because he hasn’t stopped to listen, or to notice the changes that have been unfolding in Amity’s life that have caused her to become the girl she is today.

Like always, she rebels and takes part in the Brawl anyway, sending an abomination guard designed by her father to watch over her on a tedious quest to keep him busy. Luz should probably just cheer her girlfriend on from the sidelines instead of getting in the way, but as a distraction from her own emotional turmoil she decides to take part, donning a badass varsity jacket and shagging up her hair before jumping into the ring. She’s a more than capable combatant, but her reckless attitude eventually causes Amity to worry, Luz making it abundantly clear that beneath her gung-ho exterior she is clearly hiding something. This could have blown up into needless melodrama just to further the plot, but in a world filled with otherworldly magic, The Owl House tackles this moment in a way that feels all too real. 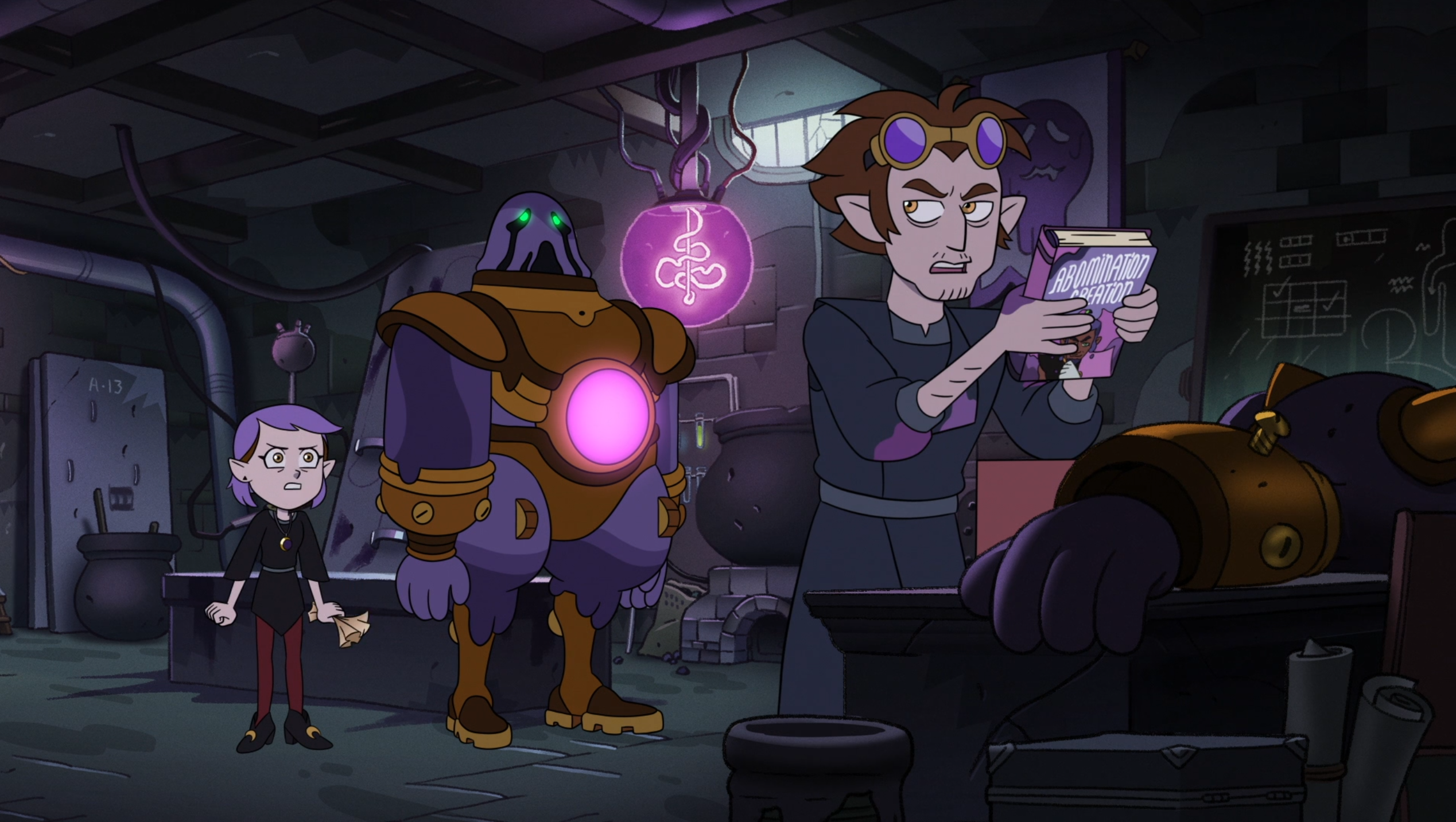 Amity rushes away when her father is alerted to her presence at the Brawl, blaming Luz for breaking cover and ruining her one chance to strengthen a bond with the man in her life who means the most to her. Instead of throwing hands or stretching out a misunderstanding for several episodes, Luz approaches her girlfriend and owns up. She forgives her, while confessing through tears that today is a day which means the world to her family, and she isn’t there to take part because of her own selfish pursuit of individualism. When she was younger her father suddenly passed away, so she and her mother made an annual tradition of visiting his grave to lay fresh flowers. It wouldn’t ever bring him back, but remains a way to honour the memory of a father and husband who was taken away from them far too soon.

Watching Luz tear up feels way too real, especially for those – myself included – who don’t have father figures in their lives anymore or saw them fade into the background when there was nothing they could do to bring them back. It also recontextualizes Luz’s entire character, showing that perhaps her love for The Boiling Isles doesn’t just spawn from being a spoiled little kid, but from a place of grief and misplacement in a family she doesn’t feel is enough. Her mother can do her best to raise and provide for her, but even she is dealing with the loss of a father who at one time might have held them all together. Being sent off to camp, acting up at school, and struggling to be her own person can all be symptoms of grief, a mourning that for the first time can be forgotten when she finds love in The Owl House. 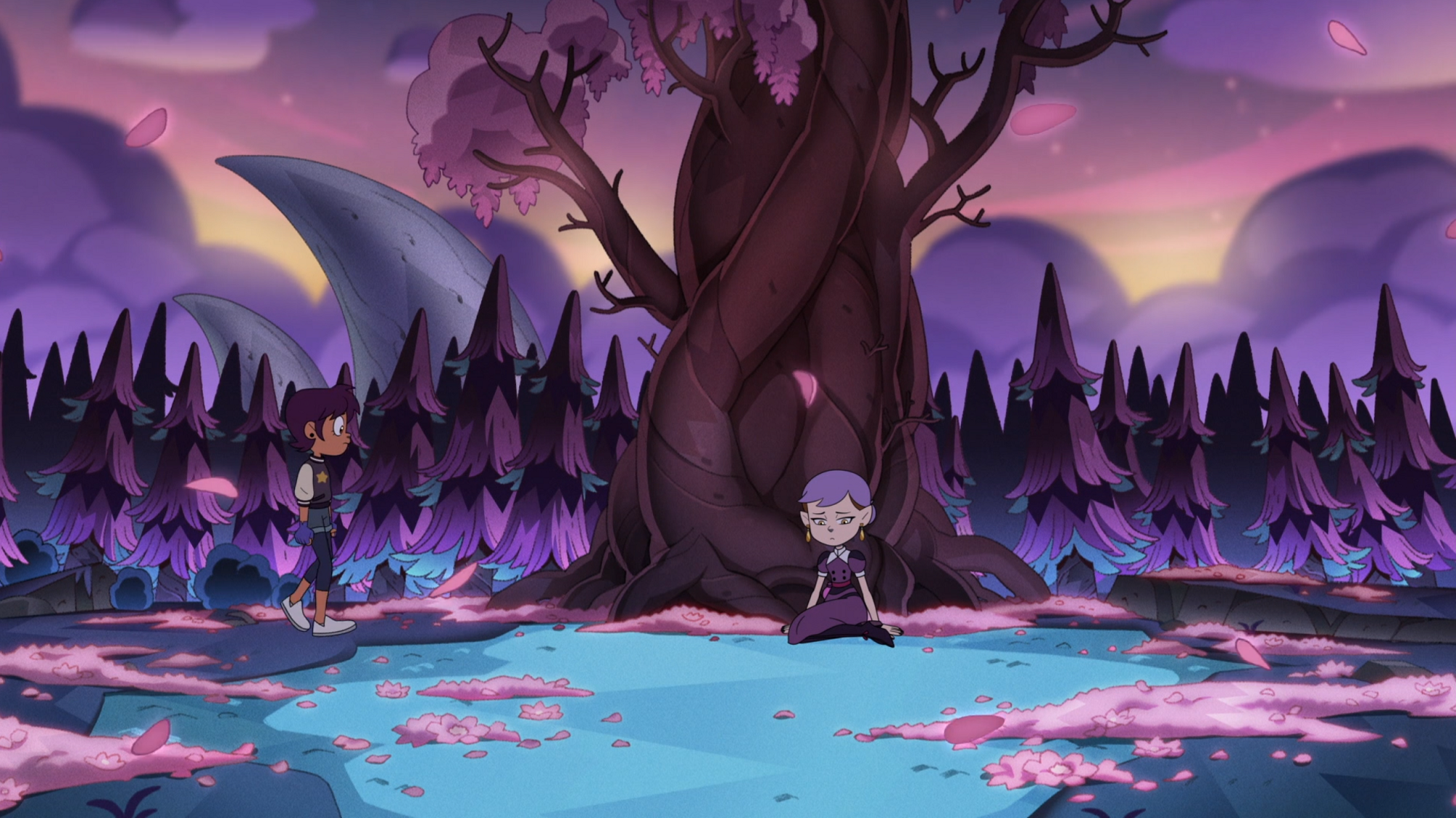 Amity must feel super awkward complaining about her father before finding out the truth regarding Luz’s parents. But she doesn’t let it discount her own situation either, we watch as she takes her partner’s hand in her own and promises they will pick flowers together and ring in their own tradition amidst The Boiling Isles. One moment they’re fighting, the next they’re embracing and accepting this misunderstanding for exactly what it is – a bump in the road that they reconciled and grew closer together as a consequence. When dealing with grief, especially years after the fact when moments of sadness can crop up when you least expect them, it can be easy to hide away or act like it isn’t a big deal. But people will want to help, whether it’s to make you feel better or work through feelings that have long been kept under lock and key. Amity might not know much about Luz’s past, but she is willing to learn and accept these insecurities as they work through them together. That’s love.

This revelation causes Amity to confront her own father. She tells him the Emperor’s Coven means nothing to her anymore, and that she’s been trying to reach out to her parents about how much she’s changed and how she wants a new future for herself. Her hair is different, she has a girlfriend now, and abominations are clearly her passion. She loves her family, but they make it difficult to step out of a heretical shadow defined by unfair expectations. After a stern talking to he finally realises that his daughter is her own person and if he can’t accept that that’s his problem. Amity deflecting his hug with a handshake is also a massive power move, and an admission that even she isn’t ready to accept familial intimacy just yet. I have a feeling she’ll get there, but the show is taking its time and that’s so damn important. 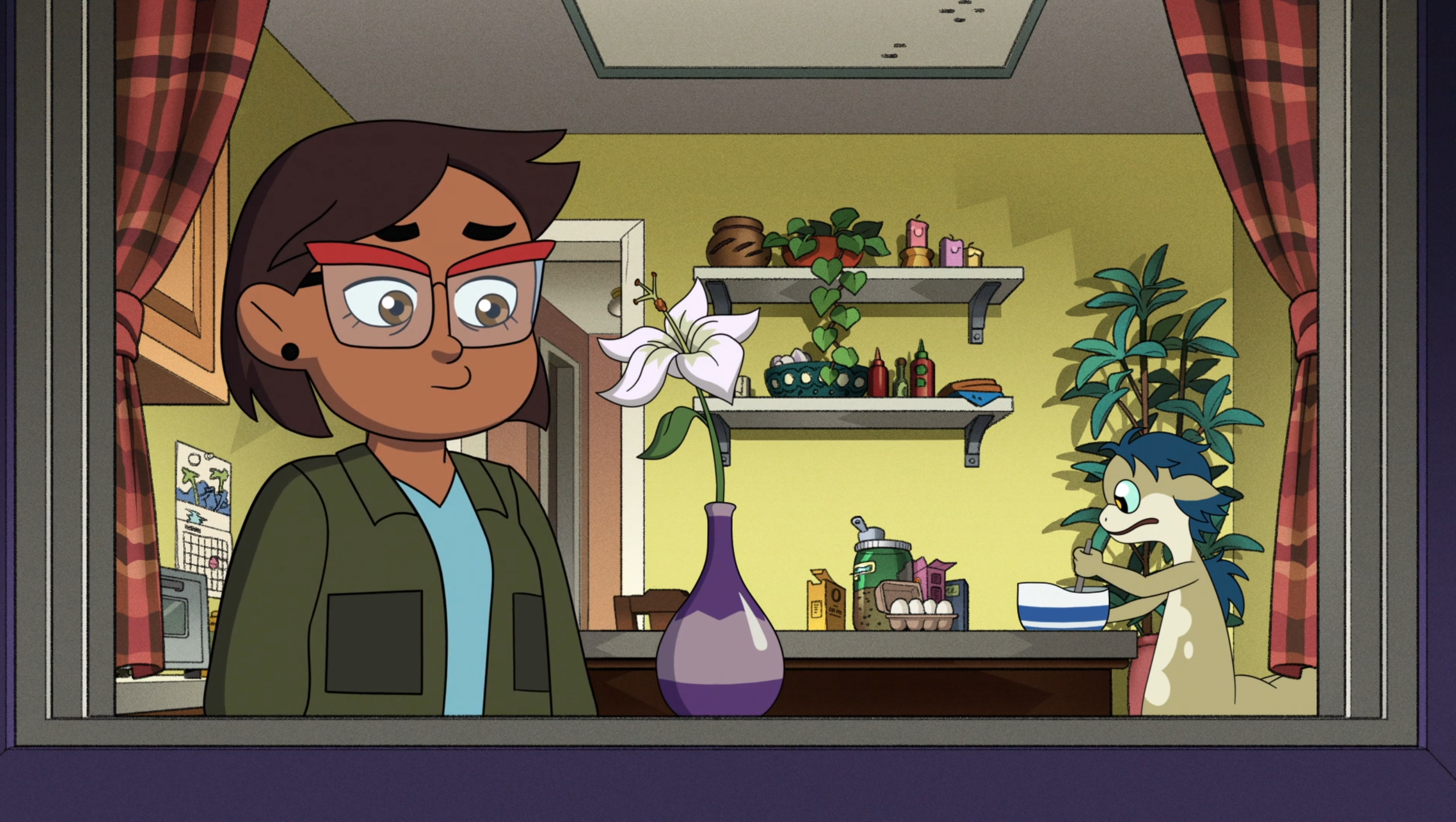 The Owl House still has a half dozen episodes and three extended specials left before its conclusion, and it does already feel like puzzle pieces are being hastily slotted into place before the big finale. Despite this the smaller moments are still given time to breathe, so characters can enjoy emotional crescendos without immediately being thrust into something new. I felt that this week as a balloon carrying flowers drifted off into the sunset, signifying a profound loss that Luz will be forced to relive for her entire life, but also an admittance of her own vulnerability, and accepting help from those that before she might have pushed away.