The Pokemon Company "Does Not Have Any Issues" With Nuzlocke Runs 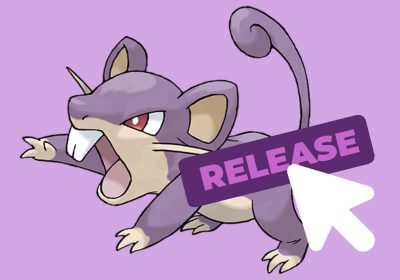 Over the weekend, two former Nintendo of America employees accused The Pokemon Company of having a beef with trainers who played using Nuzlocke rules. For those unaware, Nuzlocke rules basically add a level of difficulty to Pokemon games. You can't ever revive a Pokemon that faints, you must catch and use the first Pokemon from every new area, and you must reset your game if you're ever knocked out.

While there are a few ROM hacks that enforce these rules, most trainers who play with Nuzlocke do so voluntarily. However, former Nintendo of America public relations managers Kit Ellis and Krysta Yang said that Nintendo considered Nuzlocke rules as bad as hacking the game on a recent episode of their podcast.

"They said we consider this to be on the same level as using a hacked game, ROM hacks," recounted Ellis. "It’s just a style of playing a game that anybody can buy, there’s no hacking. That was truly one of the more 'wait, what?' responses." Yang added Nintendo had even terminated players from the Trainer Program for releasing content featuring Nuzlocke rules.

While Nintendo has a reputation for vigorously defending its intellectual property, kicking players out of a program just for playing with a self-imposed set of rules seemed a little extreme. As it turns out, The Pokemon Company agrees.

In a statement to Joe Merrick, owner and operator of Serebii.net, The Pokemon Company reportedly said: "We do not have any issues with fans/creators playing the games with Nuzlocke rules."

In subsequent tweets, Merrick confirmed that "no content creator has been dismissed from any programme for doing simple Nuzlockes and TPCi has worked with many who have done them."

The good news here is that The Pokemon Company is fine with a very popular set of rules for Pokemon, which leaves the door open to it even becoming an official game mode somewhere down the line.