The Witcher 3: What Lies Unseen Walkthrough 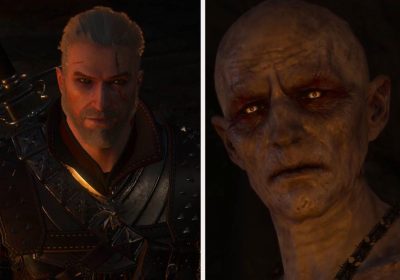 'What Lies Unseen' is a main quest on one of two diverging paths in The Witcher 3's Blood and Wine expansion. During a preceding quest, 'The Night of The Long Fangs', when Detlaff and his vampiric army are laying waste to the city of Toussaint, Geralt must decide whether to try and find Syanna or to seek out help from the Unseen Elder.

If he decides it's best to attempt speaking with the Unseen Elder, Geralt will need to confront Orianna in the 'Blood Simple' quest before heading to the Unseen Elder's cave in 'What Lies Unseen'. After meeting Regis at the docks, Geralt can choose to set out for the cave with his friend immediately or meet him later at the entrance to the Unseen Elder's lair. The hidden entrance is located on a cliffside overlooking the lake southwest of Beauclaire. 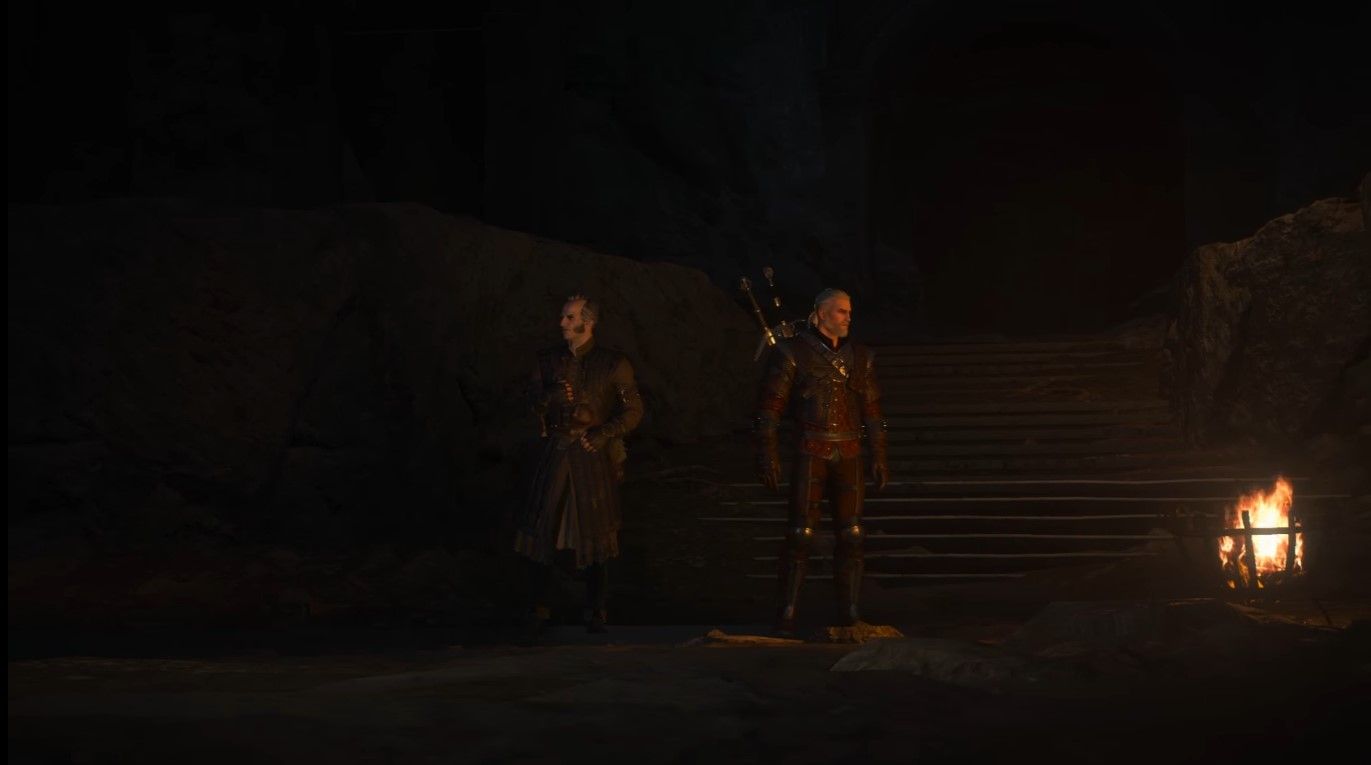 After entering the cave, Geralt will come to diverging paths that will ultimately lead to the same place, but if he wants Regis to back him up, he should opt for the dry path. Taking this route, they will run into a fleder which they'll have to dispatch. After it has been slain, take notice of the two other pathways connected to the cavern. One is lit with a torch, and the other has a significant gap in the ground, which Geralt can clear with a running jump.

On the other side, he'll find a chest with a pair of gauntlets and a sword inside. The first of the Hen Gaidth set that is stored throughout the cave. The path is a dead end, though, so Geralt will have to backtrack and continue down the torch-lit path instead. 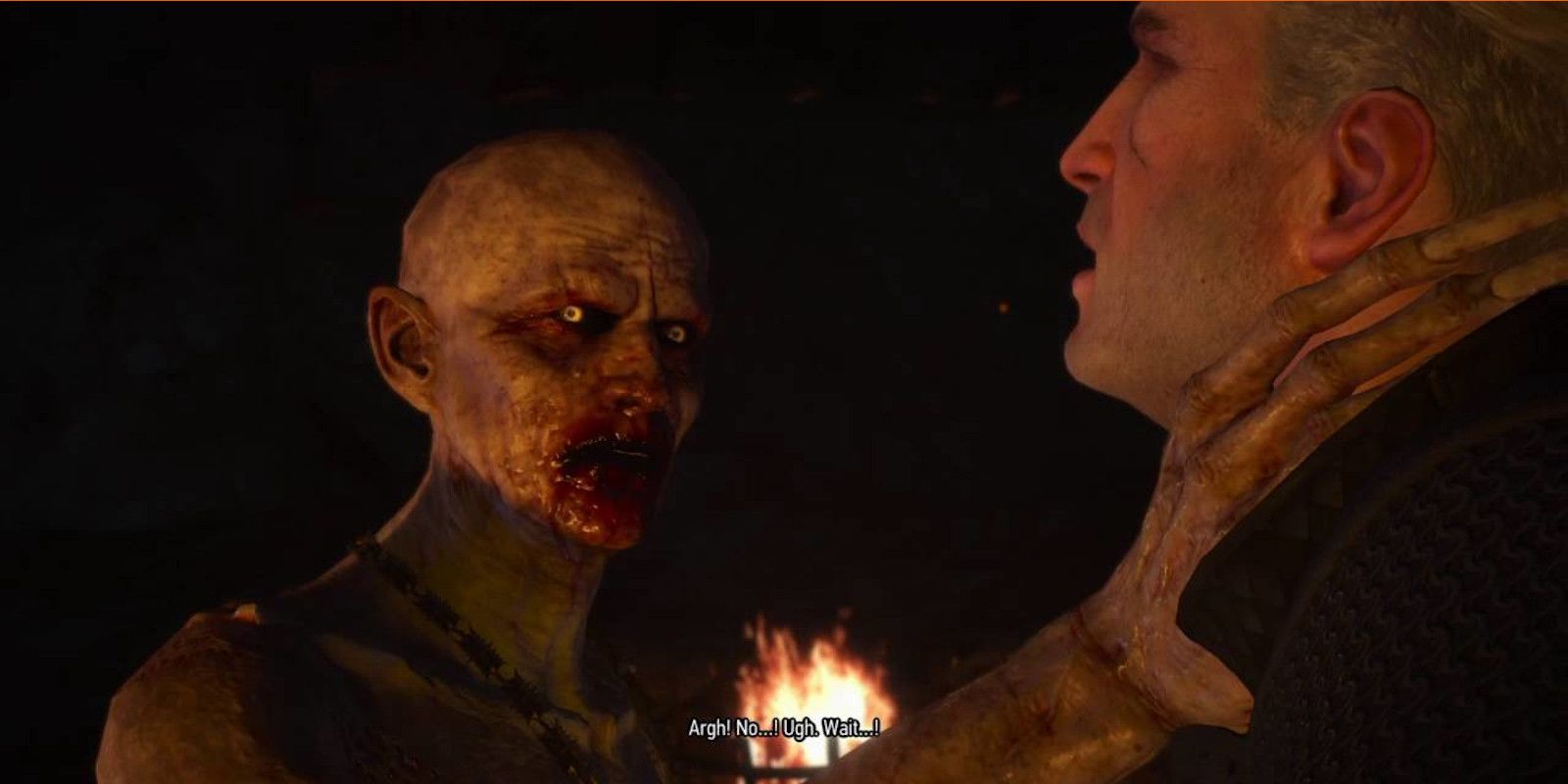 Trying to talk with the Unseen Elder doesn't go so well the first time. The Unseen Elder will hurl Geralt to an entirely different section of the cave, and he will drop his equipped gear save for his armor in the process. So first things first, Geralt will need to recover his gear. 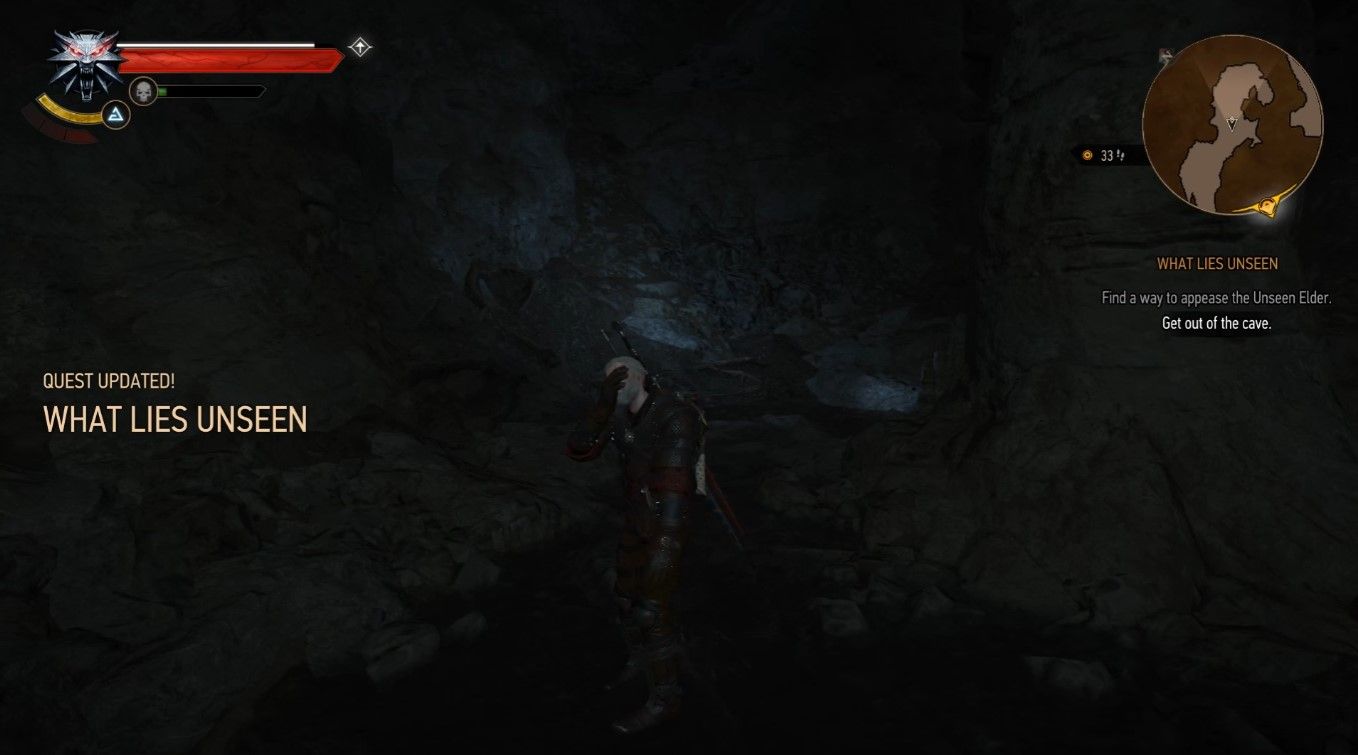 Continuing on, Geralt will come to a large cavern with streams of water that defy the laws of physics. Climbing down the ledge will prompt Geralt to take note of another cliff. This will be a worthwhile excursion, but first, head over to the campfire to find a page of Mage's Notes, using his witcher senses, and more importantly, discover a set of footprints leading towards the other ledge towards the left side of the chamber.

Nearing the cliff, you'll notice a larger path diverges off from the cliff while another continues atop the ledge. Taking the higher path, Geralt will encounter three protofleders, and once he's dealt with them, you'll notice another chest, this time packed with the Hen Gaidth Mask and Trousers.

Now Geralt should return to the main path and follow that until he comes to another cavern with two protofleders. Geralt will find more footprints leading up the cliff on the opposite side. This path will lead across a bridge where a Megascope and another page of Mage's Notes.

Upside Down Is Right Side Up

When he reaches the gravity-defying stream, Geralt will find himself standing on the ceiling, but if he keeps his wits about him, there's another chest against the wall that holds the Hen Gaidth Armor and Boots. Geralt will have to continue traversing this warped terrain, following the path until it comes to another gap in the cave 'floor.' jump the gap and fight fleder on the other side, then look around for these key items:

Jumping back over the gap, look around to the right for another break in the ground and jump to the elevated ledge in the center of the cavern. Now look for a large boulder (Geralt will comment on it when you come in range.) Blasting the rock with Aard will send it 'upwards,' enabling Geralt to jump onto it. From there, he will want to plunge into a waterfall that appears to be falling up, but will in fact deliver the witcher to the genuine cave floor near the campfire, putting him right-side-up and back on his plane of reality.

Now, Geralt will need to hop up onto the newly reachable platform and work his way out of the depths of the cave. It shouldn't be too difficult to find his way back to the Unseen Elder from here.

Return To The Unseen Elder 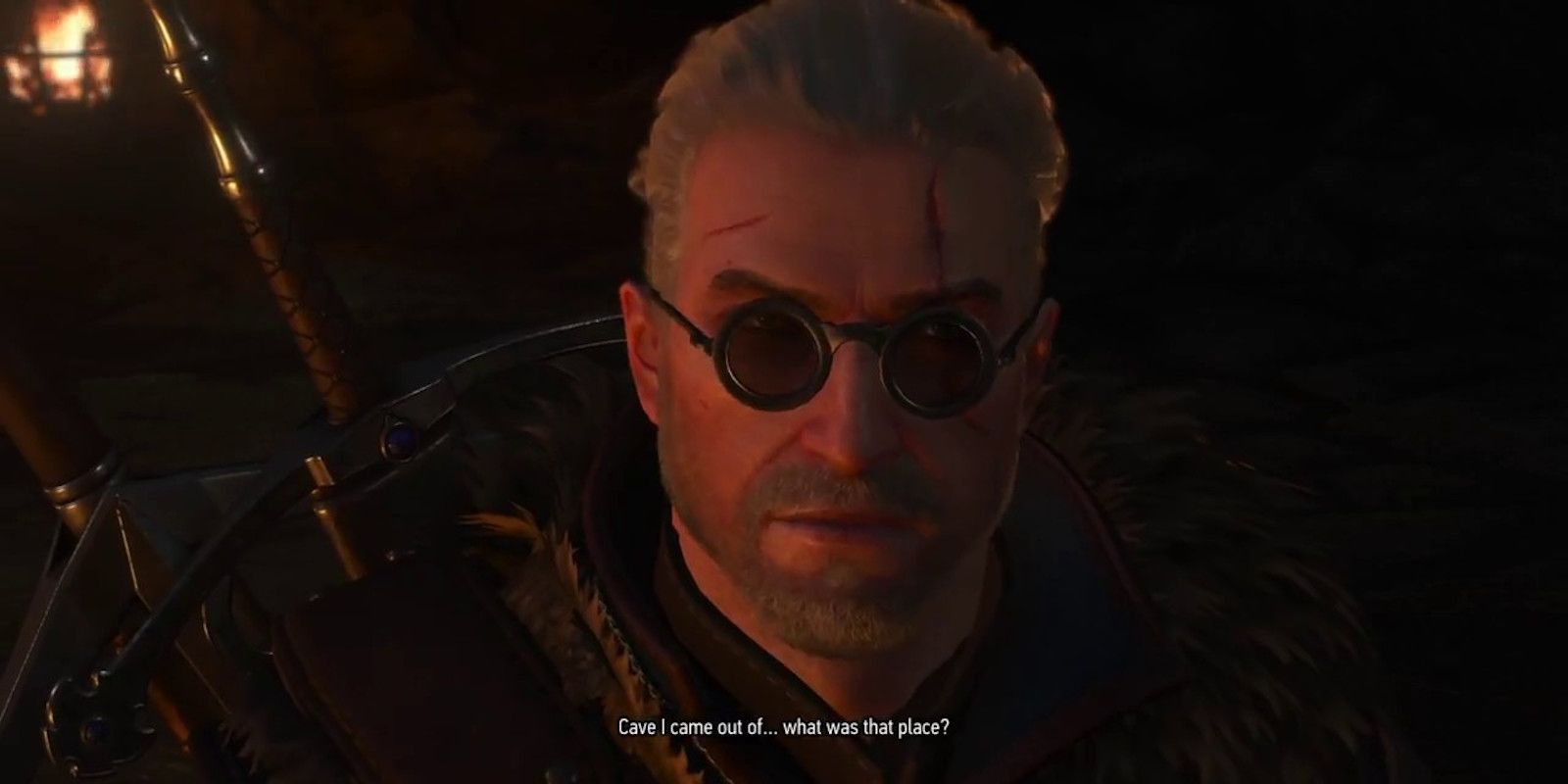 The Elder will accept Geralt's offering, but the witcher will still need to choose his words wisely. There is one golden rule when talking to the Elder: He doesn't like small talk. Geralt can deviate from the pressing matters at hand only once. If he gets any chattier, the Elder will instantaneously kill him, so hopefully, you remembered to save progress throughout the cave. Otherwise, Geralt will wind up running the labyrinth all over again. The final dialogue allows Geralt a choice in response, though again, only one is correct, which we've highlighted below.

This will solidify the Unseen Elder's help in summoning Dettlaff to the Tesham Mutna Ruins and kick off the epic climax to Geralt's adventures through Toussaint.