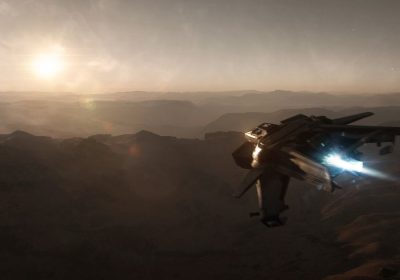 Ignore all those Black Friday gaming sales—you can spend the weekend playing the 'world's most expensive game' and not have to fork out a penny.

Star Citizen, a space exploration game notorious for raising almost half a billion pounds on a crowdfunder, is going free-to-play until the end of November.

The game was billed for a 2014 launch but is still some way off of release according to developer Chris Roberts, whose team has spend over a decade working on the title.

READ NEXT: Cyberpunk 2077 on sale for less than £20 in bumper Black Friday Playstation deal

In the meantime, the early 'alpha' version of Star Citizen is free to download and play up until next Wednesday.

Frequently called one of the most ambitious games ever made, Star Citizen is an open-world space exploration game. Similar to No Man's Sky, it gives players the chance to explore, trade, and fight their way across planets and spaceports in custom spaceships.

The game store for Star Citizen even sells 'starter packs' which can run upwards of £1,000. This includes 'insurance' for your ship to replace it in case it gets destroyed in the game, as well as in-game currency to spend on your ship.

To try out the game, which is only available on PC, you'll need 16GB RAM, 83GB of hard drive space, and a graphics card with at least 3GB of VRAM.

If you've got all that, then head to Roberts Space Industries website and make an account. You can download the game to install and play on your computer, but remember that it will only be free until November 30.