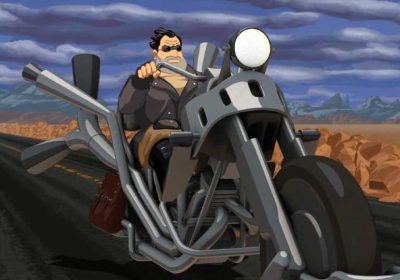 The archetypal adventure game protagonist is someone goofy and unassuming who accidentally stumbles into danger, then has to rely on their wits to get out of it. Characters like Broken Sword's George Stobbart, Monkey Island's Guybrush Threepwood, and Day of the Tentacle's Bernard Bernoulli find themselves in potentially life-threatening situations they are not equipped for. But, against the odds, their ingenuity and creativity helps them through it.

Ben from classic LucasArts adventure Full Throttle is not one of these characters. This is not so much a point-and-click adventure as a point-and-kick adventure. Where nerdy, endearing bookworm Bernard would solve a problem by cleverly combining a series of unlikely items in his inventory, burly, badass biker Ben would rather just hurt it. Full Throttle is a game where more than one puzzle is solved by simply kicking it really hard with his boot.

The game makes its intent clear from the very beginning. Presented with a locked door, seasoned adventure game players will start dreaming up elaborate ways to unlock it, scouring the area for puzzle-solving items. But the solution, refreshingly, is simply violently booting it off its hinges. "I, uh, fixed your door," he tells the stunned barman inside, in the wonderfully deep, gravel-soaked monotone of late actor Roy Conrad. "It was sticking." 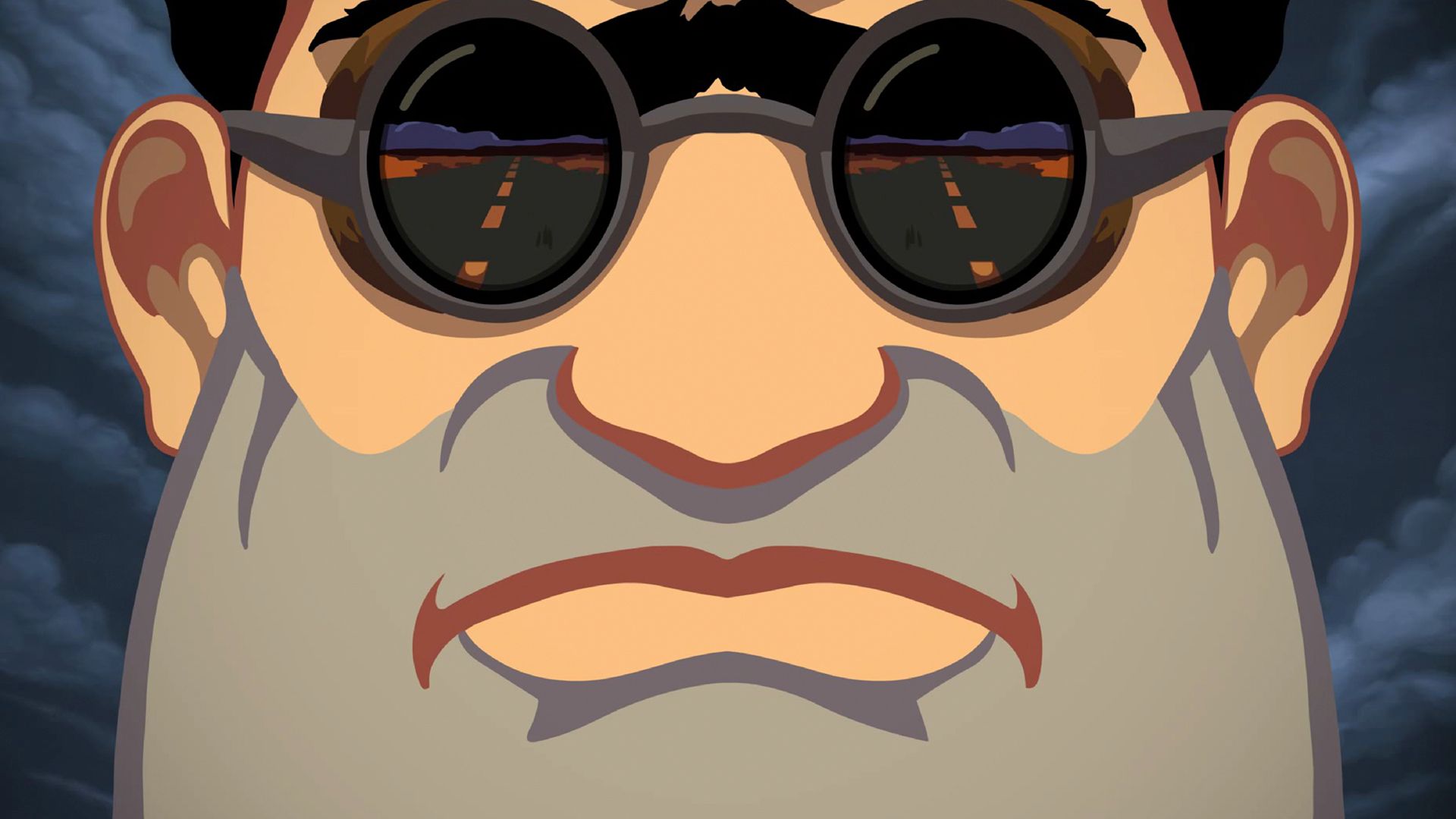 The lesson here is: never lock Ben out of a room, because he will find a way in. But the beauty of Full Throttle is that its easy riding, leather-clad hero isn't just a thug. He's smart, good natured, and, when he has to be, sensitive. Beneath the hard exterior and the asphalt-scuffed leathers, he's all heart. An old romantic who worships his motorcycle and the freedom it gives him. When a rich guy tries to hire his gang, the Polecats, as muscle, he's offended.

Ben is on the run for a murder he didn't commit, but that's a mere inconvenience compared to the fact that Corley Motors, the last motorcycle factory in America, is ceasing production of its legendary chrome-covered bikes and moving into mass producing minivans. For someone like Ben, this is an existential threat; not just to him and his fellow bikers, but to the very soul of the country whose highways, backroads, and scuzzy bars he calls home.

In Ben's world, corporations are far more dangerous than the chainsaw-wielding biker gangs who roam the desert roads. You can always smack a rival biker with a sturdy plank of wood, but a board room full of soulless corporate suits obsessed with their bottom line is basically invincible. Now you understand why Ben is so at ease kicking things that get in his way. When your way of life is under threat and you're powerless to stop it, might as well kick stuff. 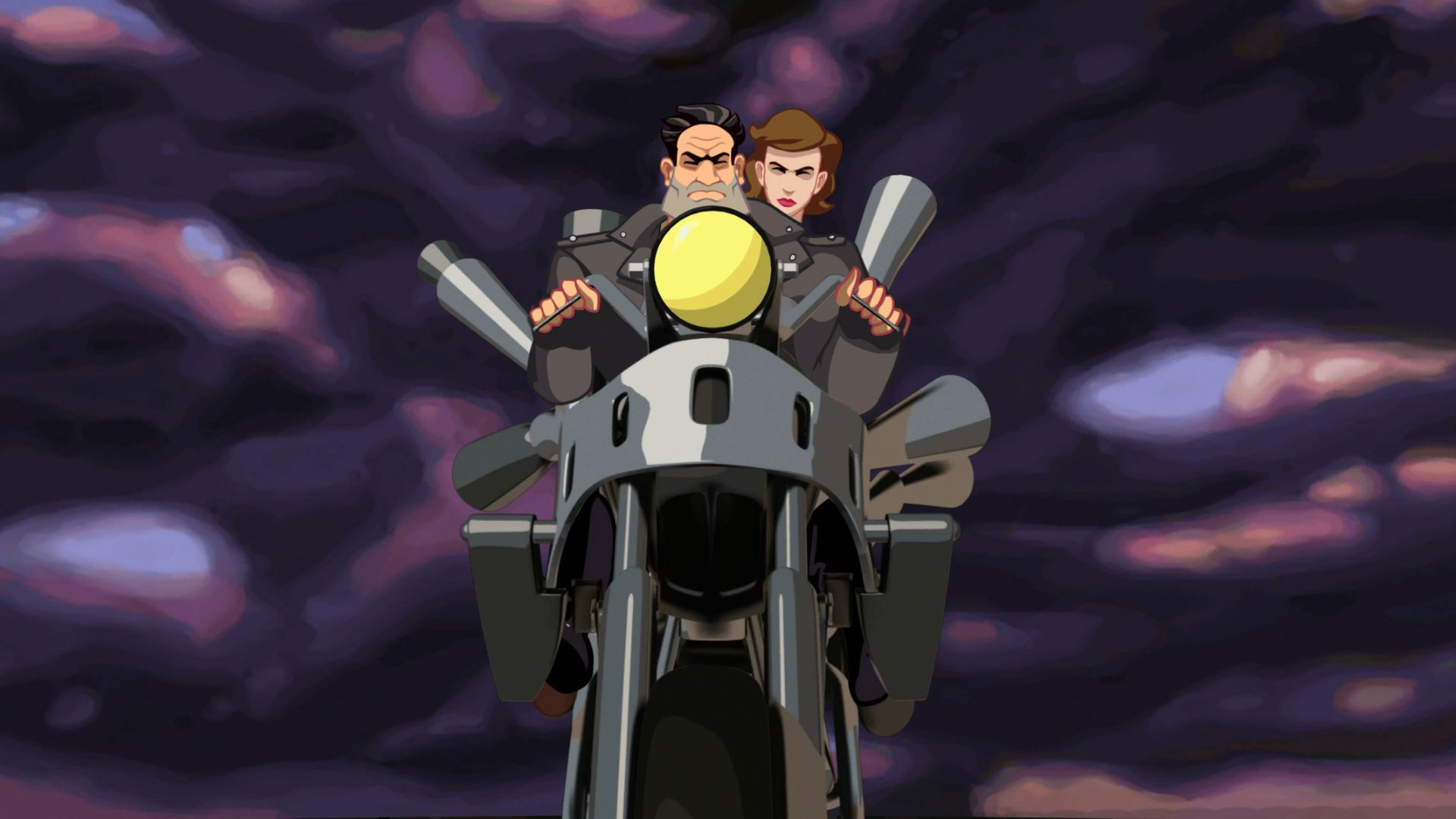 Tim Schafer, who wrote and directed Full Throttle, has always been great at giving his characters depth. You think you've figured them out, then you dig a little further and discover things about them you never expected. Ben seems like the typical stoic, monosyllabic hardass when you're first introduced to him—but soon reveals himself to be a man of surprising complexity. His world is crumbling around him, and it's affecting him on a deep, existential level.

Ben is a dangerous guy, and more than willing to introduce a spiked baseball bat to the face of anyone foolish enough to cross him. But he's also quiet, introverted, and thoughtful. Funny too. This contradiction is what makes him such an interesting character—and why he's my favourite adventure game protagonist of all time. I replay Full Throttle at least once a year, and a big part of that is just having an excuse to hang out with my old buddy Ben again.