Home » News » They Should Make A Forza Horizon For Adults

They Should Make A Forza Horizon For Adults 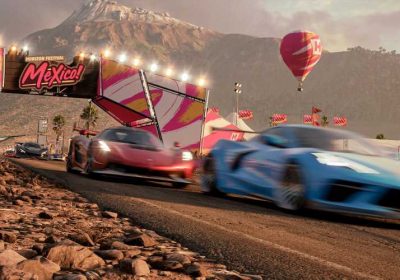 There's so much I love about the Forza Horizon series. It takes Forza Motorsport's peerless driving physics, smooths the edges, and gives it an approachable arcade flair. Its open worlds are big, vibrant, and varied, nicely capturing the culture and character of the countries they're based on. The cars look beautiful and are all a dream to drive, from basic hatchbacks to luxurious supercars. I've played every game to date and I'll play the next one, but there's one thing that always makes me stop playing these games prematurely, and that's the tone.

Forza Horizon wants you to feel amazing all the time. You're surrounded by enthusiastic, upbeat characters who are constantly telling you how great you are—even if you drive like shit and come third in a race. They unironically call you 'superstar' and treat you like the saviour of humanity, rather than just some dancing, cocky idiot who drives cars fast. Not a single negative thing is said about you by anyone, which is all part of the game's tireless mission to inflate your ego at all costs. Some people might like this, but I just find it exhausting. 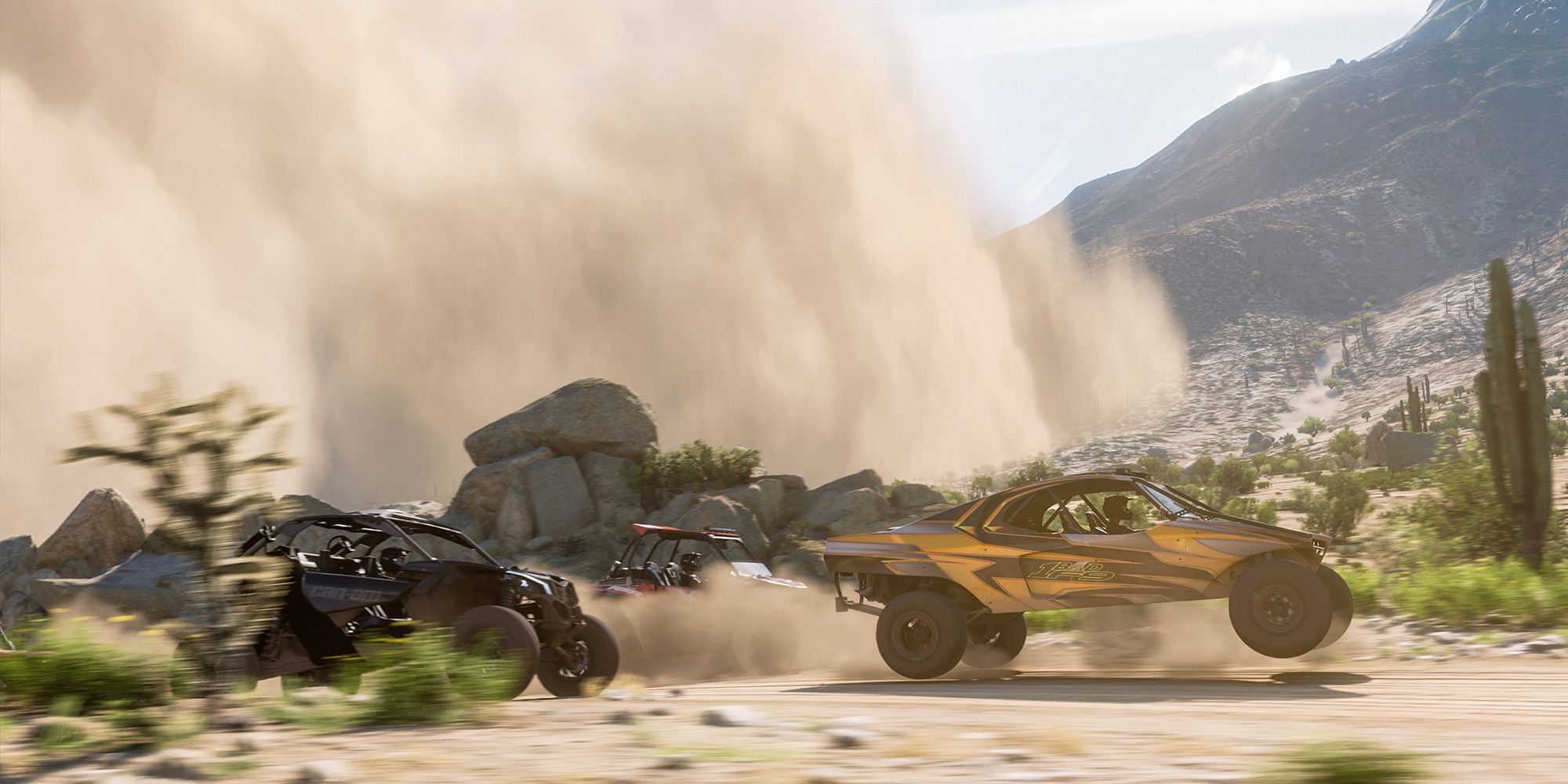 This overbearing positivity leaks into every aspect of the game, from the bright, breezy UI and overly cheery radio DJs, to the colourful icons on the world map and the Fortnite-style emotes. Your character loves it too, taking any opportunity to dance around, show off, and hype up the crowd. Forza Horizon seems to be set in a dystopian alternate reality where the concepts of modesty and subtlety simply do not exist. I could always play Forza Motorsport or Gran Turismo instead, but what if I want to throw shiny cars around a Horizon-style open world?

The solution here is simple: make a Forza Horizon game for adults. In 1996, Namco released Rage Racer—a sequel to its popular Ridge Racer series with a more grounded, realistic tone. Some people hated it, but I'd love to see Playground Games try something similar, taking the Horizon formula and toning it down massively to appeal to a more mature audience. I'd love to be able to play a racing game like this, with an open world, a variety of race types, loads of cars, and a narrative element, but with a more understated, realistic tone. 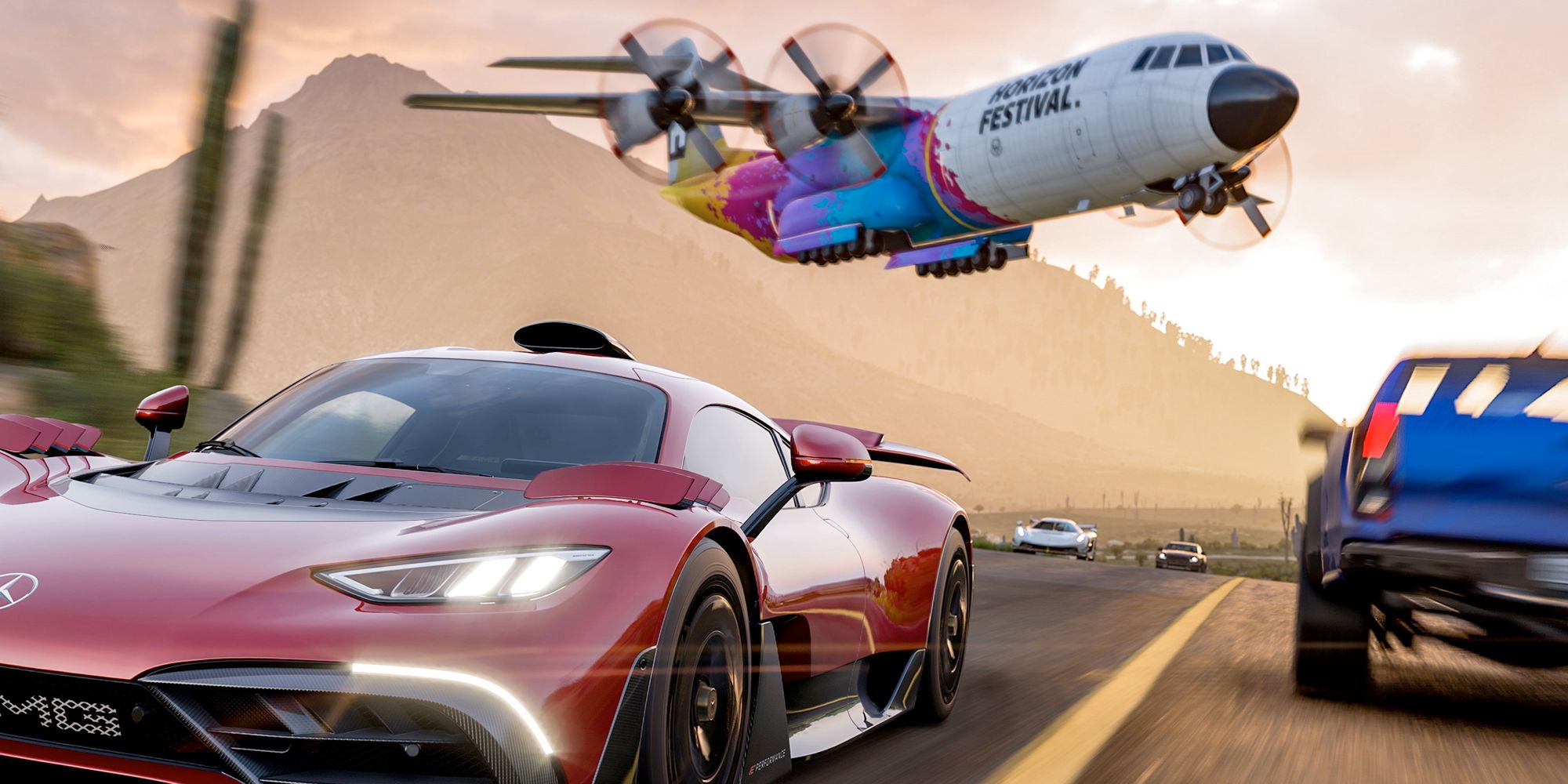 Characters who aren't annoying dicks. Music that doesn't make you feel like you've poured a can of Monster down your ears. No ridiculous over-the-top fanfare when I finish a race. No dancing. Okay, so if you remove all that stuff, Forza Horizon might cease to be Forza Horizon. So make a new series that acts as a sober alternative for people who don't need to have smoke constantly blowing up their ass about what a superstar they are. I don't want to feel like a celebrity or the greatest guy who ever lived: I just want to drive cars in cool places.

Or maybe they should just go in the complete opposite direction, creating a 'Dark Forza Horizon' with a tone that is less achingly twee. Everyone's miserable, constantly doubting your abilities. Shoegaze, dark jazz, and doom metal radio stations. Completely monochrome UI. No celebration when you win a race. Or, less dramatically, they could simply make a Forza Horizon game that isn't quite so aggressive about making me feel special and important. I'm neither of these things: I'm just a guy trying to play a driving game. Leave me alone.