Home » News » This week in games: A first look at Vampire: The Masquerade 2 (sort-of) and Overwatch's new script editor

This week in games: A first look at Vampire: The Masquerade 2 (sort-of) and Overwatch's new script editor

Paradox is having a big week. Not only did they release Imperator: Rome, we also got news about two upcoming expansions for Surviving Mars and BattleTech respectively, plus the first-ever public peek at Vampire: The Masquerade – Bloodlines 2 footage.

Street Fighter 5 is apparently hoping to steal some thunder from Mortal Kombat 11, kicking off a two-week free trial that will run through May 5. You’ll be able to play with 20 characters across a variety of modes, and the Arcade Edition will be 50 percent off for the duration.

Now, whether you actually want to play Street Fighter 5? That’s debatable. But if you’ve been on the fence, this is your best chance to give it a try, no commitment.

First up for Paradox’s Great Big Week of Trailers is Surviving Mars‘s lush Green Planet expansion, which we now know will release May 16. If you’re curious about terraforming, there’s also a two-part feature breakdown to pore over.

Then there’s mech-murdering strategy game BattleTech, which will get a new Urban Warfare expansion on June 4. It’s pretty self-explanatory, though I am psyched for the ability to punch through entire buildings on my way to the objective.

Wrapping up the Paradox news, Vampire: The Masquerade – Bloodlines 2 put out a brief animated (meaning: not in-game) cinematic about Thinbloods and their otherworldly capabilities this week. That alone might not be worth the news post, but there is a brief “sneak peek” of game footage at the end, albeit only five seconds or so, shrunk so it only takes up an eighth of the screen. It’s not much, but for those desperate for a glimpse of the long-awaited sequel, check out the video below.

For years Wizards of the Coast stuck to outsourcing its video game adaptations, but it seems like that’s changing. First Magic: The Gathering Arena was developed in-house, and then this week Wizards announced it’s opening a new studio in Austin, run by ex-BioWare vet James Ohlen. Ohlen’s stint at BioWare stretches all the way back to Baldur’s Gate and Neverwinter Nights, which gave me momentary hope he’d be working on something similar for Wizards.

Alas, Wizards quickly quashed that hope, telling GamesBeat that Ohlen will be working on “new brands outside of our core franchises.” In other words, no Baldur’s Gate III—yet. Hopefully whatever emerges carries the spirit of old BioWare though.

It’s been a while since Overwatch excited me, but this week’s news piqued my interest. Blizzard announced “The Workshop,” a new offshoot of the custom game tools that lets players manipulate the game’s underlying scripting—for like, really custom games. It’s not as powerful as, say, Warcraft 3‘s mod tools, which allowed you to create new maps or modify existing art assets, but you can tweak environment and (more importantly) hero behavior for some pretty wild results—including this neat “Top-Down Overwatch” mod by Reddit user MrMisquito.

Sea of Thieves has made incremental changes since its release last year, but the upcoming Shores of Gold update might turn it into the game I actually wanted. It’s the first of Rare’s new “Tall Tales,” actual story-driven content for what at release felt like an aimless game. Shores of Gold is reputedly 10 to 15 hours long, split across nine chapters, and adds a new island that’s set to be the largest in the game. Oh, and they’re also adding fishing. Check out the trailer below, and look for Shores of Gold to hit April 30.

On the other end of the live-service spectrum is Anthem. Released in February, BioWare finally managed this week to make the inventory accessible during missions, and without a load screen—a significant step, for sure.

But there’s a downside: Most of the stuff that was supposed to be added in April and May, including guild support, the “Mastery System,” leaderboards, weekly stronghold challenges, and the endgame Cataclysm event, is now delayed until some unknown future date. Best of luck to BioWare as they continue to hammer this into shape. Hopefully the players are still around when it gets there.

But hey, hopefully the slow pace of Anthem updates means BioWare’s made some changes to the crunch culture over there. Why do I say that? Well, because Epic came under fire this week for its labor practices around Fortnite. Polygon’s got the story, which details herculean amounts of crunch stretching back to before Fortnite’s release, with employees claiming 70 and even 100-hour weeks for months on end. Where there’s smoke there’s fire, which in this case means if the pace of updates seems unrealistically fast—and Fortnite’s has for a while—then someone’s probably suffering for it.

One of the quotes that stuck out to me: “I know some people who just refused to work weekends, and then we missed a deadline because their part of the package wasn’t completed, and they were fired.”

Just brutal, and hopefully bringing these practices to light forces a change. Or, you know.

“If Steam committed to a permanent 88% revenue share for all developers and publishers without major strings attached, Epic would hastily organize a retreat from exclusives (while honoring our partner commitments) and consider putting our own games on Steam.”

And hey, maybe he’s telling the truth! On the other hand, I doubt Sweeney thinks there’s much chance of Valve adopting an 88% revenue split anytime soon. Thus I’d expect the exclusives battle to continue for the foreseeable future.

Ubisoft’s Starlink: Battle for Atlas is coming to PC next week, I guess. I didn’t expect it, but perhaps the fact that the accompanying toy line didn’t take off paved the way for an all-digital PC release. In any case, if you want a simplified No Man’s Sky crossed with Star Fox, you’ll find it on Steam and Uplay starting April 30.

I was quite fond of Heaven’s Vault last week, except for one aspect: Sailing. In between translating a lost language and exploring ruins, there are segments where you simply fly through mostly empty space and zone out. Luckily there’s now, only a week later, a more extensive fast travel system. Not only can you return quickly to any previously discovered location, but it will also teleport you as close as it can to any unknown locations, after which you’ll take control for the last leg of the journey. Much better.

Closing out this week, a Twitter thread asked people to share interesting handouts and props they’ve witnessed in tabletop role-playing campaigns. There are a lot of great photos and stories in the thread, but chief among them is Obsidian’s Josh Sawyer, who showed off a Fallout-themed tabletop campaign run by the one-and-only Chris Avellone, complete with a hefty binder that was “kept up-to-date with campaign info.” Pretty incredible, and if only we could all have such great DMs. 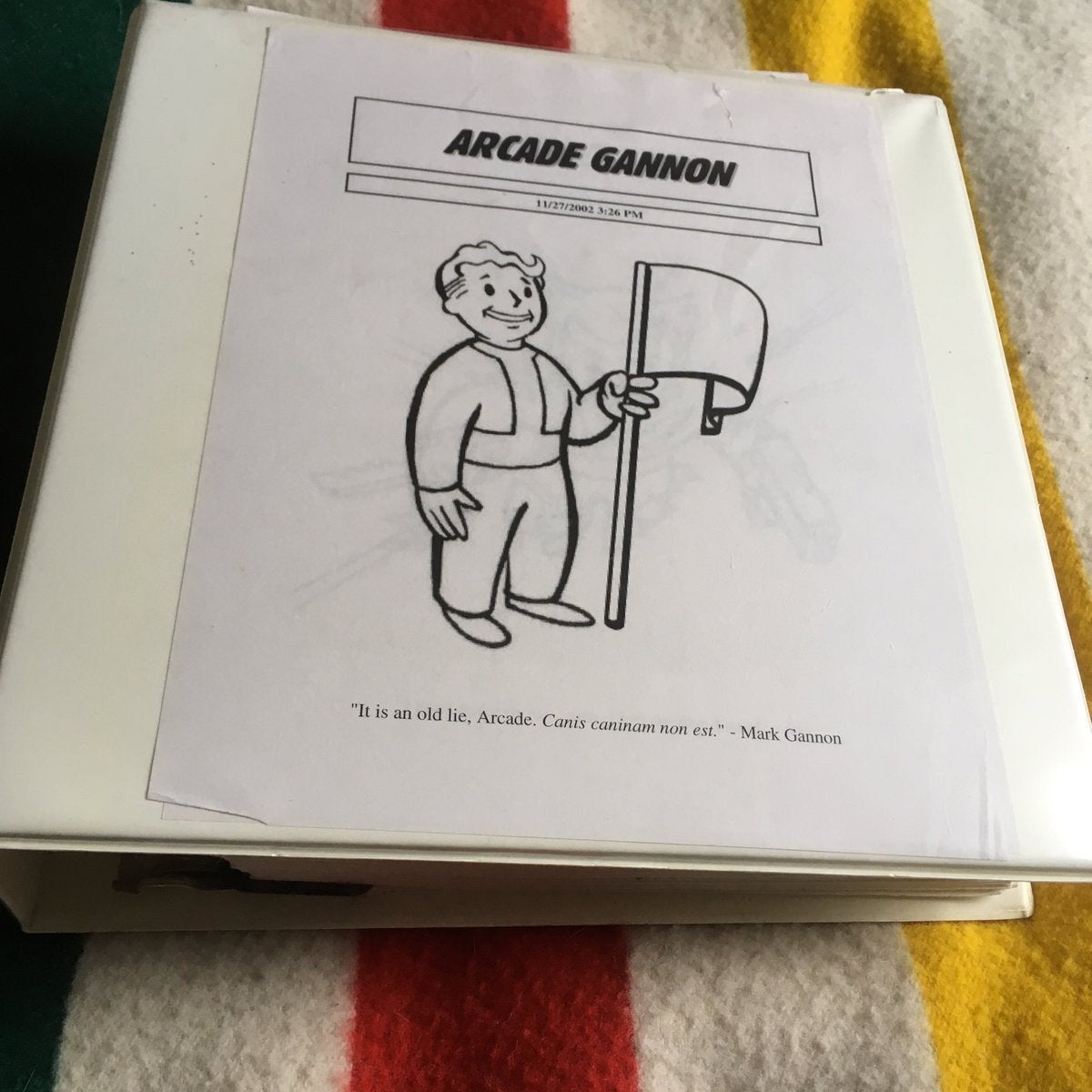 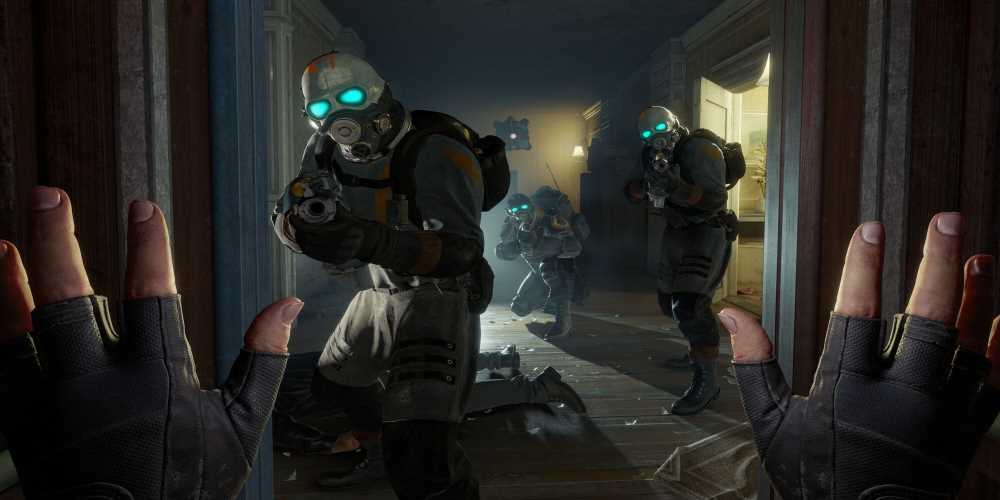 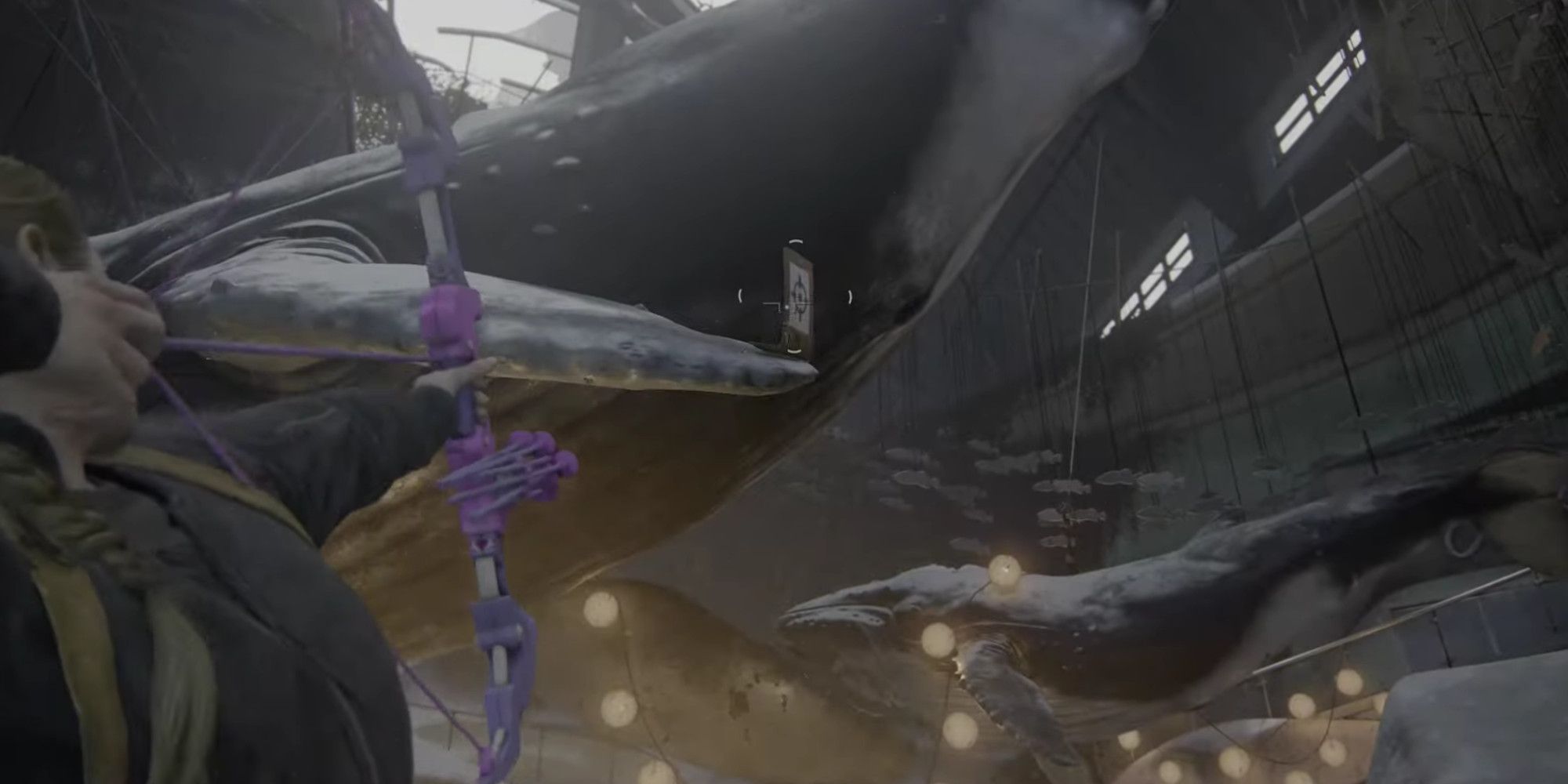 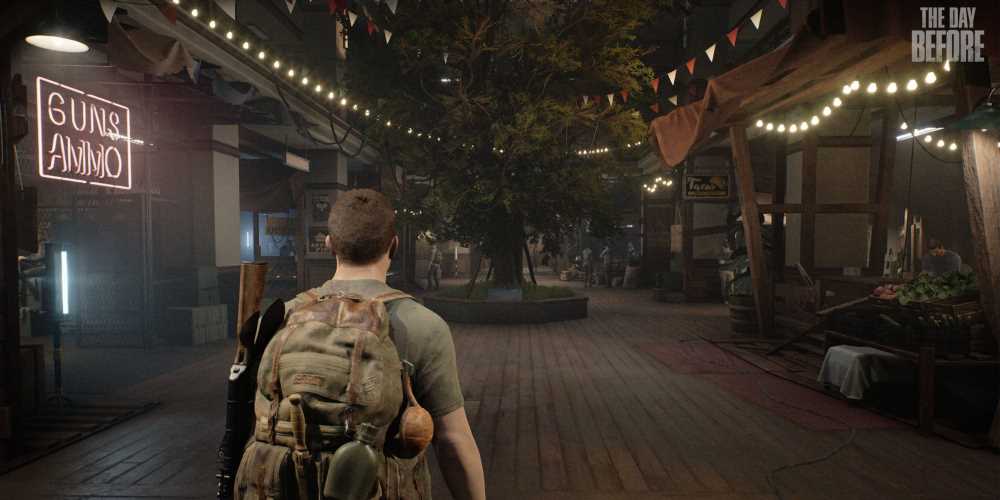