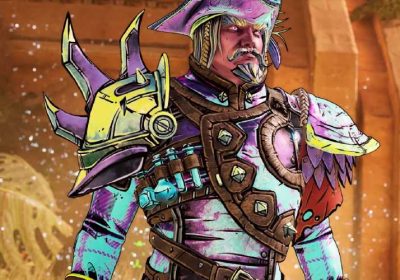 Tiny Tina's Wonderlands is getting four DLCs with the first launching tomorrow on Xbox, PlayStation, and PC. It's called Coiled Captors, a replayable dungeon where the boss – Chums – continues to grow and change with each defeat.

You have to fight them week after week to unlock the next version of the dungeon, but you don't have to be far into the game to try it out. All you need is to be level 13 – then, venture to Dreamveil Outlook and you'll be able to battle through to find Chums, and then again, and again, and again…

However, the dungeon is permadeath. If Chums manages to get the upper hand and kill you, you'll have to start from scratch. If you do manage to get through and beat them, you'll unlock currency for "a new weapon, gear, or a cosmetic to add to your collection", as enemies you face will give you Lost Souls that can be spent on the Wheel of Fate.

We get to see a "frozen dungeon" with serpent women, sludge monsters, land sharks, rainbow magic, pirate gear, rocket launchers, scale armour, underground ruins ravaged by coral, throwable dice, and more. You can see all of that in the trailer embedded above. Oh, and did I mention those land sharks have spectral horns?

If you have the season pass, you'll have access to Coiled Captors at no extra charge, but you can pick it up on its own as a separate item if you don't want to commit to all the DLCs just yet. With Coiled's release, that leaves just three more – Glutton's Gamble, Molten Mirrors, and Shattering Spectreglass.

"Only you have the power to free the humiliatingly named 'Chums' from his fleshy prison – but doing so means wading through wintery wastelands, arid ruins, and flooding caverns full of enemies," the blog post stated. If you want to risk it all and "rescue" Chums, you better gear up tonight because tomorrow, the first week of the dungeon begins.