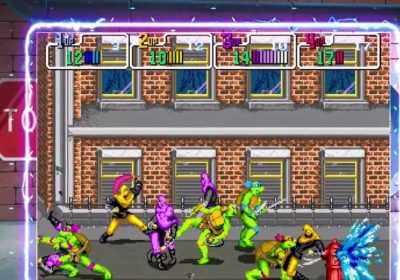 Earlier this year, TMNT fans were surprised to learn that Konami was working on releasing the Cowabunga Collection, which contains 13 different games from the Turtle's extensive library, with some of those numbers made up of different versions of the same game. Back when it was announced, it was confirmed for release for some time this year, although Konami was cagey about confirming when.

Now, IGN has revealed that the collection is going to be launching on August 30 for PS4, PS5, Xbox One, Xbox Series, Nintendo Switch, and PC. Details about pricing and a collector's edition of the game were revealed earlier in the year, but those looking to give almost every retro Ninja Turtle game a try now have a date to look forward to.

The Cowabunga Collection caused quite a stir when it was first revealed, not only because the Turtles had gone some time without any kind of game released, but also because some of the games on offer here are incredibly rare, such as The Hyperstone Heist and several of the TMNT Game Boy releases.

It wasn't just the rarity of some of these games either as others like Turtles in Time, the original arcade game, and especially Teenage Mutant Ninja Turtles: Tournament Fighters are fondly remembered and are considered some of the best games to come from the Turtles. Add online functionality to that, and you can see why fans are excited. In case you need a reminder, here's every game included in the collection: