Tommy Tallarico is making a lot of noise about Intellivision

Tommy Tallarico has been making noise and music as a sound expert and musician for video games for more than three decades.

But lately, he has been leading a retro gaming revival as head of Intellivision Entertainment, which is building Amico, a new version of the famous retro game console from the 1990s. 2020 is going to be a big year in that effort, as Tallarico has committed to launching the new machine on October 10, or as Tallarico likes to say, “10/10/20.”

Tallarico also found himself at odds with Roblox over the Roblox “death sound,” a comical “oof” noise that has become famous to the 100 million kids who play games in the virtual gaming world. Tallarico says he originally created the sound in 1999 for use in the Messiah video game that came out in 2000.

He forgot about it until he learned recently that it has become an iconic sound for Roblox, which never asked his permission to use it. Tallarico is trying to negotiate with Roblox to get some royalties out of the company, but he says negotiations aren’t going well.

Tallarico spoke at the 2020 [email protected] and FamilyTech Summit at CES 2020, the big tech trade show in Las Vegas last week, and I interviewed him ahead of that session.

Here’s an edited transcript of our interview. 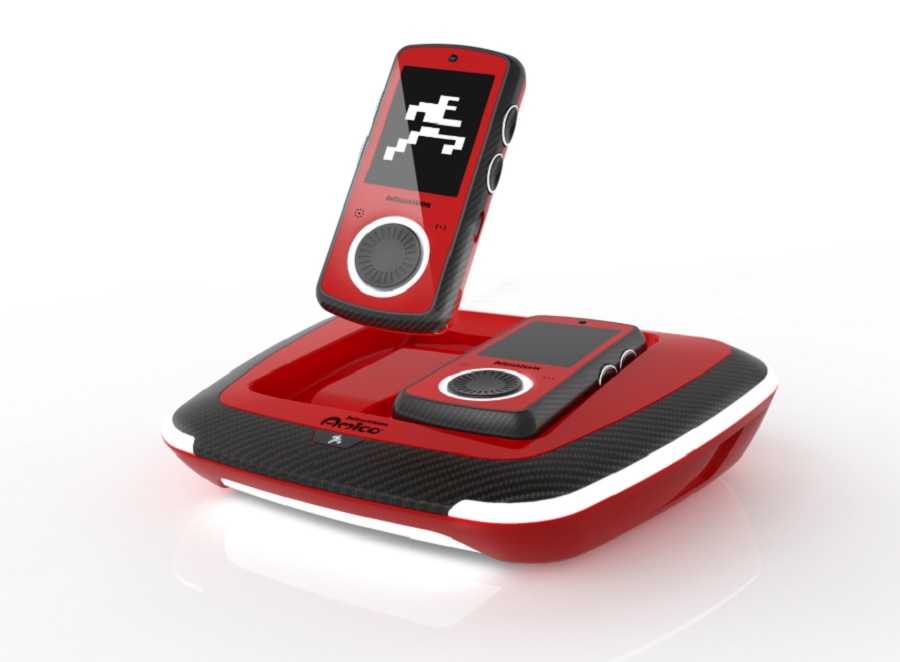 GamesBeat: What’s your update on how things are going now?

Tommy Tallarico: It’s great. Here’s the latest controller. We decided to, in the hardware–we moved the buttons here. This is still a 3D printout, but these are the molds. The buttons light up. The gyroscope is working. You can see all the fun stuff there, the touch screen. The disc, which I don’t think you’ve seen working yet–a normal D-pad is eight positions. Up, down, left, right, and diagonals. We have 64 positions. You can see that there. We have pressure on it as well.

GamesBeat: 64 positions, is that harder to do?

This is the great thing about the controller. For our Missile Command, we can just use this. Now, wherever your thumb goes–it’s so much easier. And this can become a fire button. This can be Centipede. Or if you’re a lefty it can be like this. If you prefer trigger buttons it can be like this. It’s whatever you want it to be. What’s interesting is when we give these to little kids. They hold it like this automatically, because they’re used to a phone. When you give it to millennials, they automatically hold it like a PlayStation controller.

We decided to go with a capacitive touch screen, which bumped our build and materials up. This is a resistive touch, but we’re going with the glass touch as well. It’s just more responsive. We felt like it was so important that this be perfect. We decided to spend some more money and switch over. I tried to get it for CES, but we just couldn’t do it in time.

All of the retailers are super-excited. Wal-Mart and Best Buy and GameStop. GameStop and Wal-Mart are probably our two biggest fans right now. We’re appealing–the whole idea is to bring families together. We’re not necessarily appealing to the hardcore gamer. Our go-to-market strategy is to go after moms who have young kids. Most GameStops are in malls. Who’s shopping between nine in the morning and three in the afternoon? It’s moms with young kids. Even GameStop tells us that moms will walk in at noon with their four-year-old and say, “Do you have anything for my four-year-old?” What are they gonna sell them?

We’re in an interesting time in history in that baby boomers were the number one generation on the planet. Their kids are millennials. Their kids took over last year. Millennials are now the number one age group on the planet. Millennials are all in their early 30s now. As you know, they found their careers later. They got married later, left the home later, had kids later. In the U.S. alone, there are 21 million households that have children between the ages of two and seven. That’s never happened before. In Europe, there’s another 21 million. If you add Canada and Mexico, all of North America and Europe, there are 65 million households that have kids between the ages of two and seven.

In regards to a home console, Xbox and PlayStation are more for teenagers. They start to get the Switch around eight, 10 years old. Even Roblox and Minecraft are seven, eight, nine. A lot of our strategy is, let’s also have games–yes, we have the retro reimagined stuff we’re doing. Yes, we have tons of sports and recreational games. Not only baseball, football, soccer, but cornhole and bowling and darts and pool. All those recreational games. Tons of board games, whether it’s Yahtzee or Farkle or Wheel of Fortune or things like that. 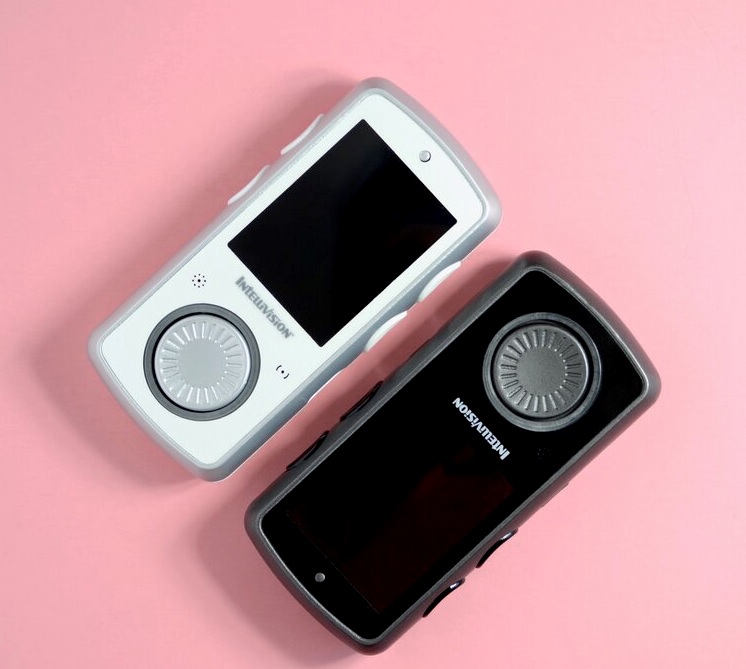 Let’s take a game like Texas Hold ‘Em for example, where everyone has their two cards on the controller and the flop is on the screen. This is the kind of stuff that’s never been before. What if you have dice in a Farkle game? You see the dice and shake it when it’s your turn. You throw it and it goes up on the screen. Every game we’re making is unique to our controller. They cannot be put on a PlayStation or Xbox or Switch or mobile.

All of the edutainment, like all of the hypercasual stuff, is only on mobile. Again, you read the information, the statistics, and the number one concern of parents with young kids is that they give them too much screen time. This becomes the babysitter. The parents give it to the kid, but they want to limit it. Then the kid gets hooked. That’s our whole thing. Play with your children. You’ll be able to play simple, affordable games together. That’s our tagline: “Together again.” You see it everywhere on all our stuff.

GamesBeat: You said more than 100 games?

Tallarico: There’s going to be about 40 games at launch. Then every 10 to 14 days we’ll come out with one game at a time. We’re never going to release two games at once. Keep in mind, it’s a closed system. We’re going to be announcing, at E3, all of our licenses. It’s all the greatest licenses you can imagine in one place. Not only for kids, but for adults. There’s a lot of stuff that people are going to be delightfully surprised by.

GamesBeat: How would you compare and contrast this to competition like the Atari boxes?

Tallarico: They’re in a whole different realm. I still haven’t seen an original game on their system and they’re supposed to ship in a couple of weeks. I think they’re going for this sandbox–I view it as almost like a Raspberry Pi on steroids, a really amazing super-fast kind of tinkerer’s thing. I would love for Atari to succeed so that we can, after 40 years, kick their asses. [Laughs] Round two of the original console war!

I’ll share a little secret with you. We announced that we’re going to do a founder’s edition. We’ll take pre-orders on it at the end of the month, in a couple of weeks. It’s going to be a limited number, and that limited number is 2600. They’ll all be hand-signed and numbered and the whole thing. So yeah, I think it’ll be fun. I say this all with tongue in cheek, but I think it would be fun to relive the original console war. But have fun with it. Of course I don’t have any ill will toward anyone. I think what they’re doing is something very different, obviously, than what we’re doing. We’ll see if there’s a market for what they’re doing too.