Home » News » Triangle Strategy: Should You Protect Roland Or Surrender Him?

Triangle Strategy: Should You Protect Roland Or Surrender Him? 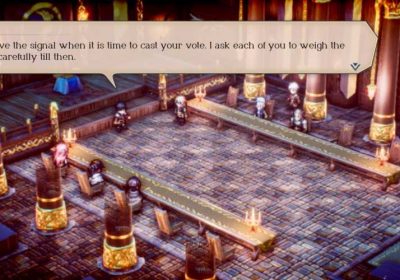 In games like Triangle Strategy, choices made earlier in the game can severely affect the outcomes of future events, and the voting event in question is no exception. Chapter Seven will force you to make a decision between protecting Prince Roland and harboring him in Wolffort, or surrendering him to the Aesfrost army.

Your gut instinct will likely be to protect Roland at all costs – after all, he is on your side and Aesfrost is the enemy. Then you notice that he wants to surrender himself, and you'll hear arguments from both sides. But which is the right choice? Let's find out.

There will be unmarked spoilers about the outcome of this choice throughout this guide.

Should You Vote To Protect Roland Or Surrender Him? 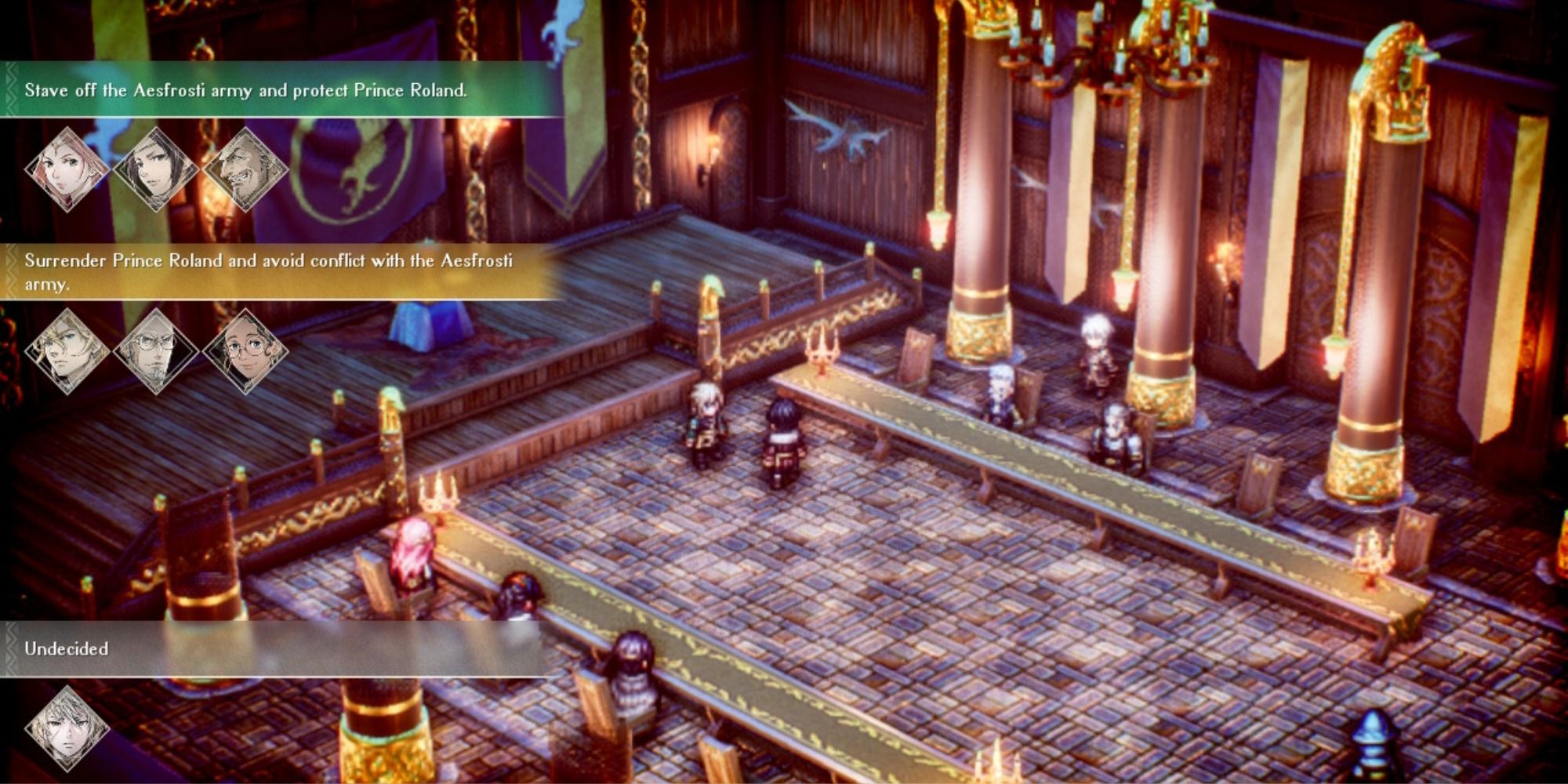 The important thing to know right off the bat is that no matter what you choose, Roland will survive either way. The Aesfrosti do not execute him. In addition, it is possible to achieve the golden ending of the game with either choice.

However, the choice will affect the next few chapters immensely. Here's exactly what happens:

To summarize, your choice will affect Chapter Seven, Part Two, and both Parts of Chapter Eight. The two paths converge in Chapter Nine.

In addition, however, choosing to protect the prince will add one extra prerequisite to unlocking the golden ending that you would not otherwise have. On this route, you'll have the option to use wildfire traps during the fight against Avlora through the use of cunning hawk statue traps. To get the golden ending, you must not use any traps when facing Avlora, which makes it a far tougher battle.

Surrendering Roland leads to easier chapters and an easier set of golden ending requirements, but the tradeoff is that you cannot use Roland for the next two fights.